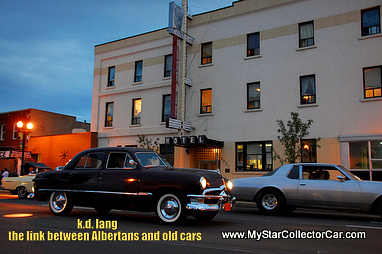 I was born and raised in an area where the car culture is huge.

The region known as central Alberta Canada has one of the highest ratios of classic old iron per capita in the world.

We live and breathe old iron because it’s in the blood whether you’re from Red Deer, Lacombe, Rocky Mountain House or Consort, Alberta.

Consort is the home town of Kathryn Dawn Lang.

The world knows her as k.d. lang and she has the same “old iron” genetic code that make Albertans like her cling to an old ’64 Meteor like it was family despite her incredible success on the world stage.

Albertans get why k.d. still has the car because we’re practical, hardworking and sentimental so hanging on to this old Meteor made sense. It was still in great shape and it ran fine so why get rid of it? That’s not the Alberta way.

I heard via the car guy coconut telegraph that k.d. was finally parting with her old car buddy at an upcoming auction so I had to arrange an interview with her to talk about the process. You have to lean heavily on your Alberta roots to connect with somebody like k.d. lang and fortunately she still has hers–even down to the Alberta accent after all those years down south. 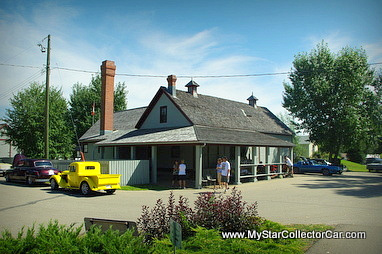 That Alberta connection was why the phone rang and we had a conversation about an old car…Albertan to Albertan.

k.d.’s car story began like most because it has a huge family connection. She explained, “ My uncle had one when I was really young and it had that rear window that went down. I thought that was really cool”. That family heritage is one the biggest factors in most MSCC stories behind the car so k.d.’s attachment is a very familiar narrative. 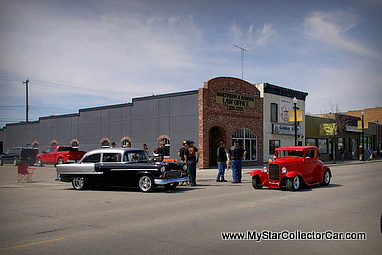 Like most car stories, it didn’t end there because k.d. was emotionally tattooed for life by her uncle’s car so the next page in the book was obvious when she bought her own ’64 Meteor in the early 1980s.

She paid 2400 dollars for it back then and I know that 2K+ was big money in the early 80s for a Meteor sedan so I had to ask if it was an exceptional car, “It was in great shape, really nice car”.

k.d. didn’t buy it for show as she explained, “It was my daily driver and the big thing was that it had a great heater. I remember playing the Sidetrack Cafe in Edmonton back then, getting out at 3 in the morning in the winter and the car heated up right away. That’s important”.

Veterans of Alberta winters can really appreciate how important a good heater is when the temperature can routinely hit sub-zero.

k.d. remembered the other part of the driving experience in the old Meteor, “It had an AM radio so I used to listen to stations like CFCW and CKUA. It had great sound on that old radio”. We both agreed how much AM radio had changed since then in Alberta.

The Meteor was an incredibly reliable car and it did get some preferred treatment, “It did get a paint job and I kept it the original color” but eventually k.d.’s ascent into stardom made the car far less of a daily factor. She explained, “I moved to LA so it wasn’t really a practical car there.”

Eventually k.d. put the old Meteor in storage out in Vancouver BC, “I put it there about 15 years ago and it’s been there ever since”.

This is the crossroads part of the equation that people in the hobby understand all too well because eventually car and owner part company. Most owners refer to themselves as mere “caretakers” for their old rides and k.d. is no exception.

She wants someone else to own the Meteor because it’s time to say goodbye so that relentless Albertan practicality gene kicked in. k.d. knows that the car belongs in the hands of an owner who will truly enjoy the car like she did 30 years ago when she was braving Alberta winter roads in a then 20-year-old car.

That doesn’t mean that she won’t miss this link to her past as she explained, “I’m pretty sentimental about it but it’s time to let go”.

I did have a few questions left to close the interview. I asked k.d. about her last time behind the wheel and if she planned to take one more run in the old Meteor, “It was about 15 years ago that I last drove it and no, I probably won’t have time to get behind the wheel again but if I could I’d like to go for a little spin for one last time”.

There was one more question that my inner music guy had to ask so I lobbed up the possibility that k.d.’s Meteor would show up in a song. 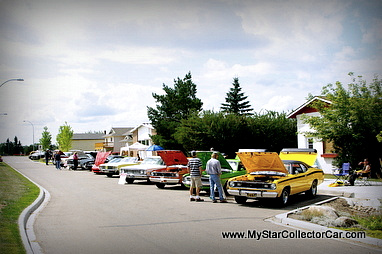 She didn’t think so and that actually makes sense.

The personal memories are enough for Albertans.