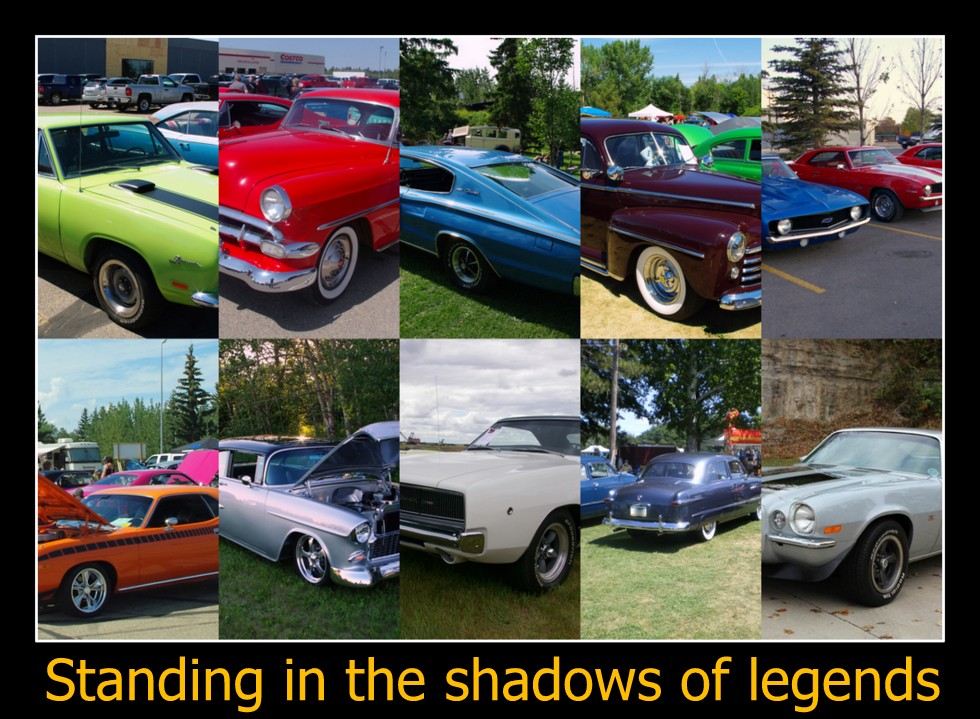 The bright lights of fame cast a large shadow for everything that is not in the spotlight.

Cars are no different because some of them have become legendary automotive stars over the years and they cast a big shadow over the cars built before or after them.

A good example of a car hidden in a big shadow is the 1948 Ford. The ’48 Ford marked the end of the line for the lingering sameness of the post-war look for Detroit because the 1949 Ford was a radical departure from its predecessor. 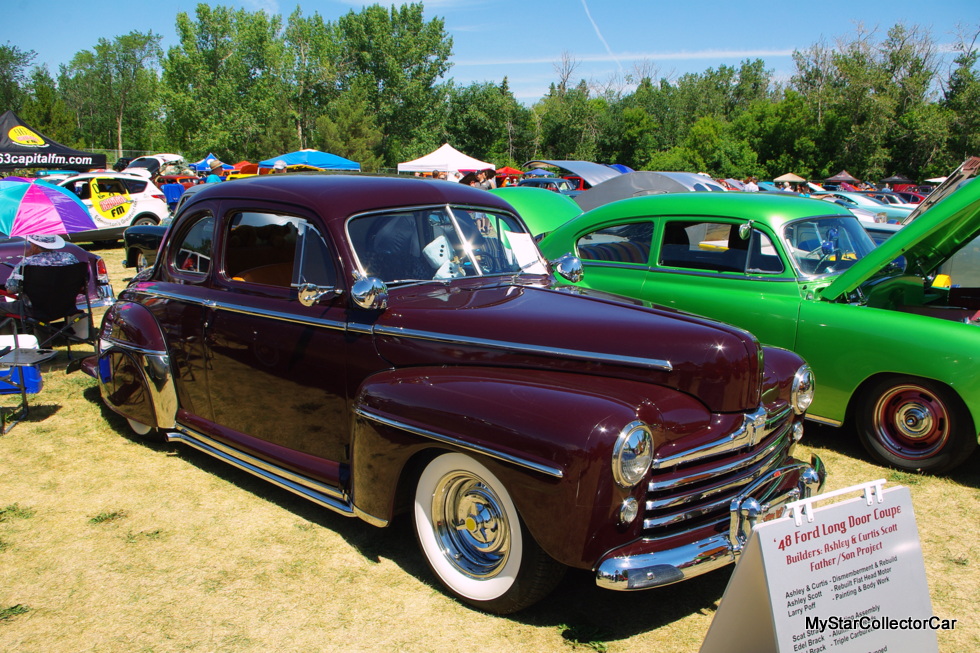 The well-rounded and shapely lines of the ’49 Ford was a bold new direction in style. The ’49 Ford was an instant success with buyers and marked a new era in automotive design. It became affectionately known as the “Shoe Box” Ford as soon as it hit the showrooms and instantly made everyone forget about the 1948 Ford. 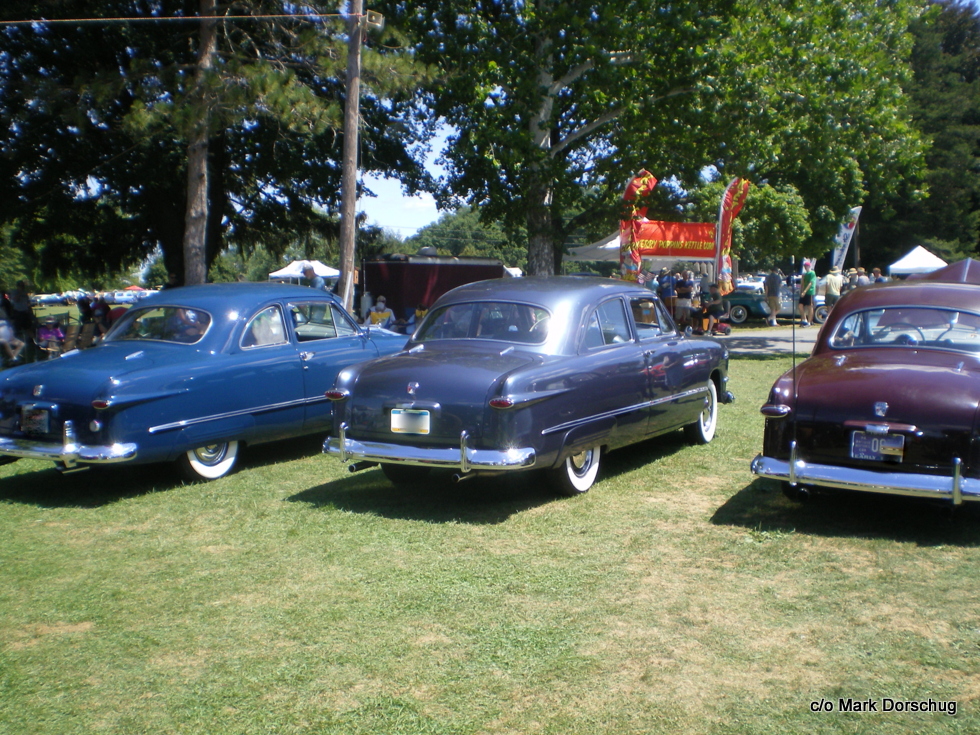 The 1948 Ford has remained in the shadows ever since its curvy new replacement pushed it out of the showroom. The 1949 Ford became a legend and the ’48 Ford became an afterthought.

Another big shadow was cast in 1955 when the new Chevy hit the showroom. The ’55 Chevy meant the dawn of the Tri-Five era at GM. The 1955-57 Chevys have carved out one of the biggest legends in the car hobby over the past 60-odd years and the spotlight continues to burn brightly for these cars. 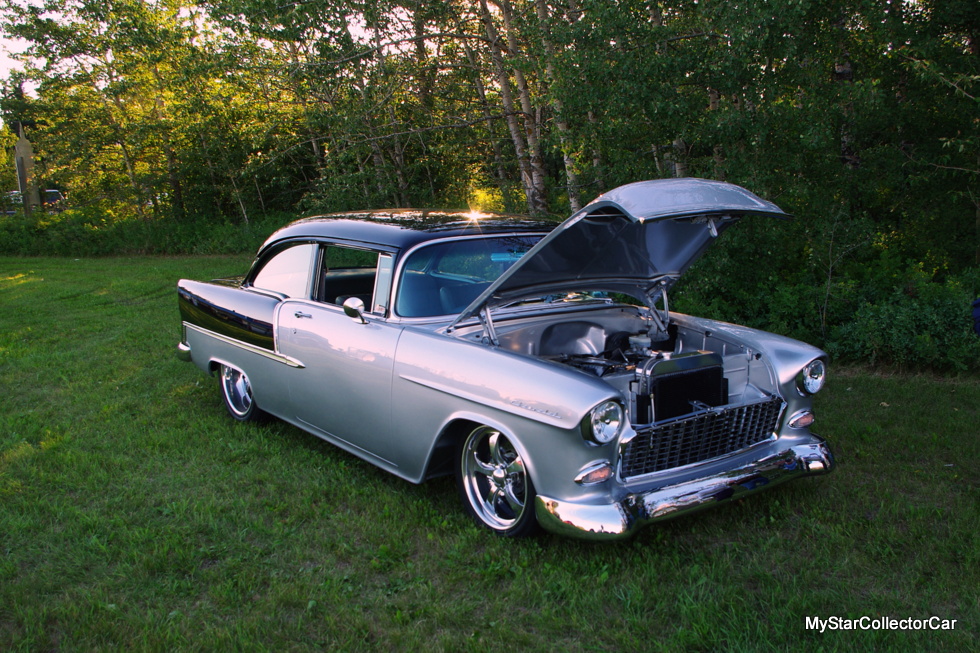 They also cast a giant shadow over their predecessor from 1954. The same transitional phase in style that pushed the 1948 Ford into obscurity plagued the ’54 Chevy because this car was the last of the then-outdated early 50s automotive style.

The ’55 Chevy also marked the debut of the small block OHV 265 V-8 as an engine choice. The engine would become the baseline for the small block Chevy V-8 that has become a building block for many hot rod projects over the past 61 years.

The fate of the six-banger ’54 Chevy was sealed by the new look ’55 and its extra muscle under the hood. Game over for the 1954 Chevy. 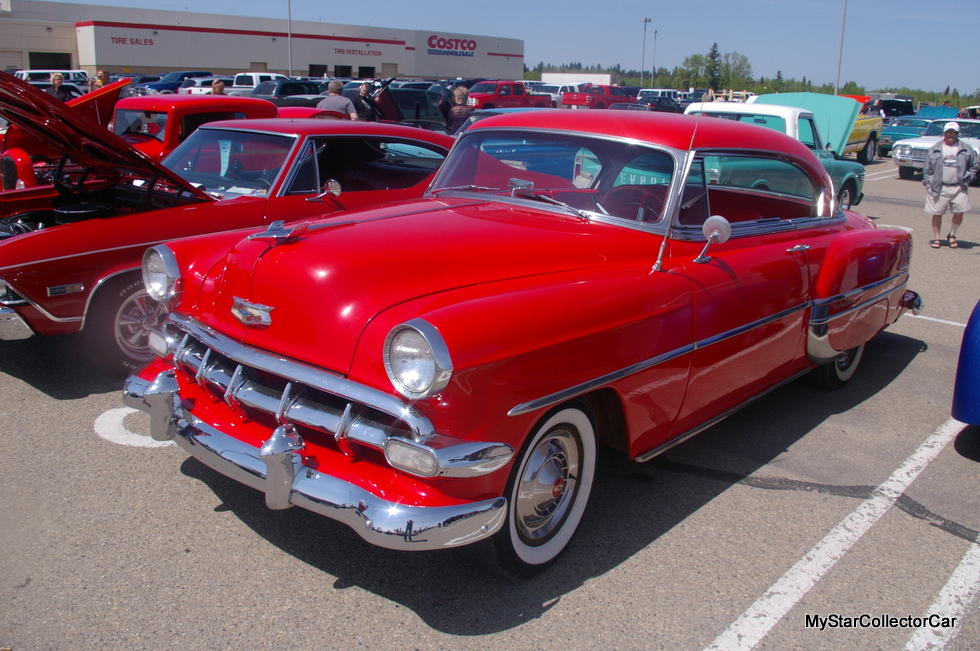 Fast forward to the fall of 1967 when the new 1968 Dodge Charger hit the showroom and you will see another example of an automotive spotlight that burned too brightly for its predecessor. The ’68 Charger stepped into its own identity because it no longer shared a front end with the Coronet. 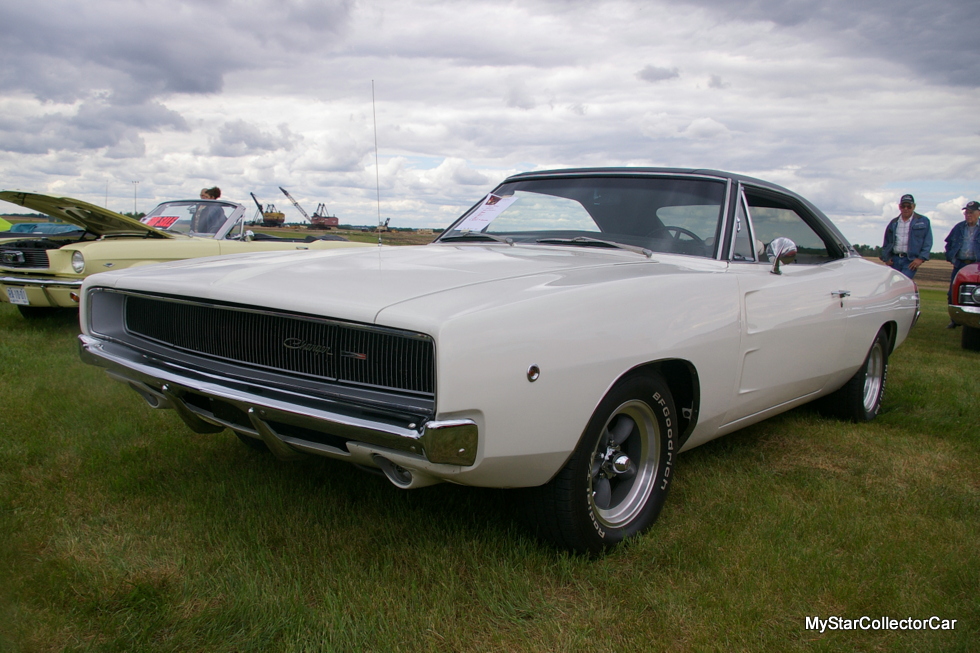 The 1967 Charger was essentially a Coronet with a giant sweeping fastback C-pillar on the back end and hideaway headlights on the front end. AMC had gone in a similar style direction with the 1965 Marlin fastback roofline on what was essentially a Rambler Classic. Consumers were not in love with the copycat move by Mopar and the fact it shared most of its style cues with another Dodge model. 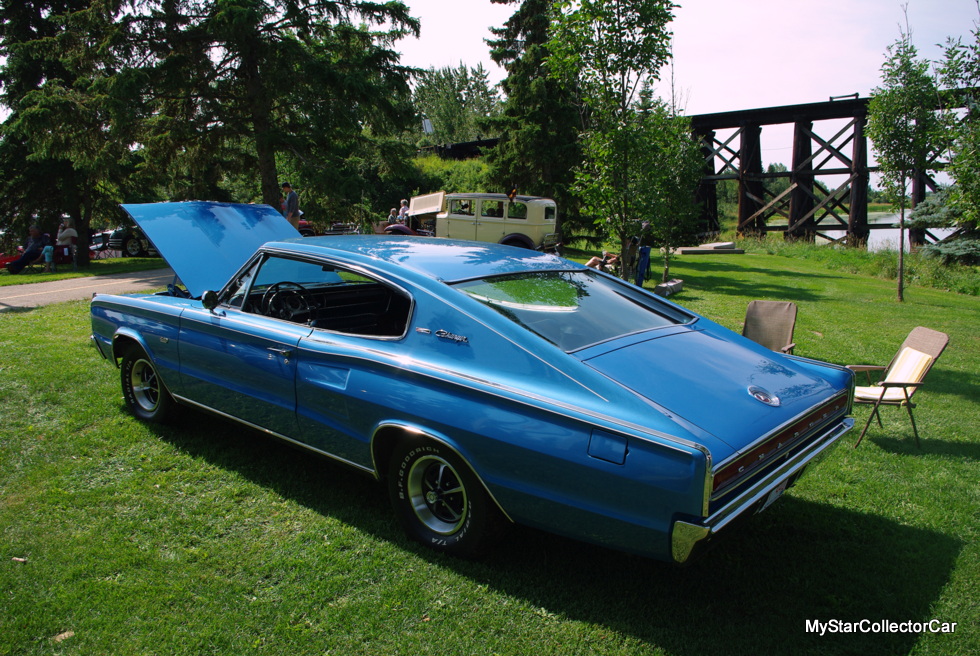 On the other hand, customers found deep love at first sight with the ’68 Charger. It was a standalone example of Mopar at its finest when it came to style and was an instant hit in the automotive world. It was also a movie star in Bullitt and eventually it cast a permanent blanket of darkness over the ’67 Charger.

Another example of a Chrysler legend casting a big shadow over its predecessor is the 1970 Plymouth Barracuda. There was absolutely nothing wrong with the nimble 1967-69 Barracuda in the style or performance department, but the 1970 Barracuda debuted at the dawn of a brand new decade and it was an instant star. 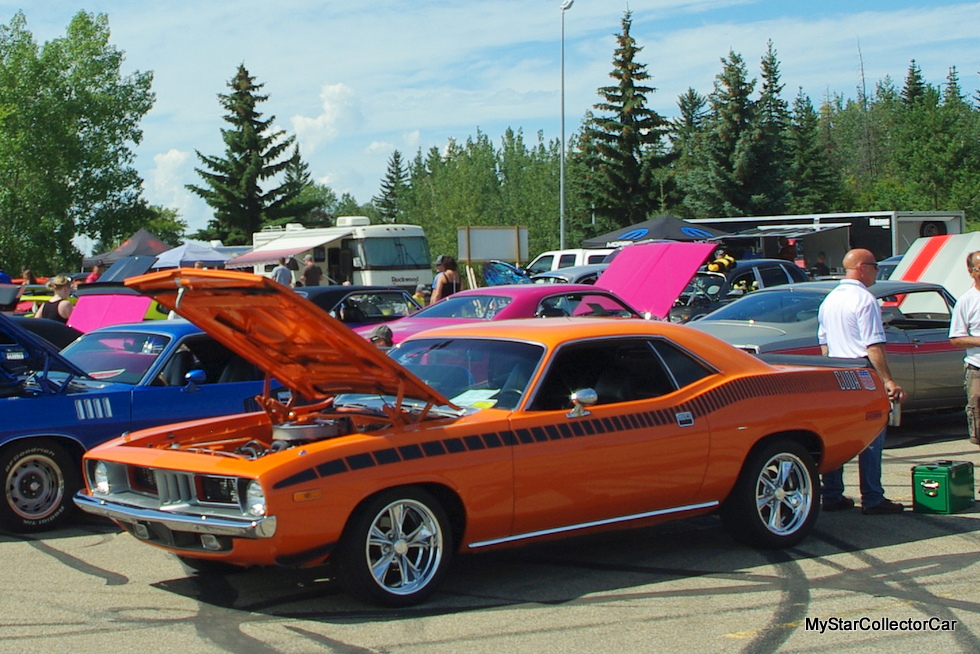 The ’70 Cuda was a complete departure from the ’69 ‘Cuda. It was large, in charge, and the new home for several big block performance options-including the 426 Hemi. The Seventies were a lot more sensational with a factory elephant squeezed under the hood of a ‘70 Barracuda. Cue the spotlight on the ’70 Cuda and the shadow on the ’69 ‘Cuda. 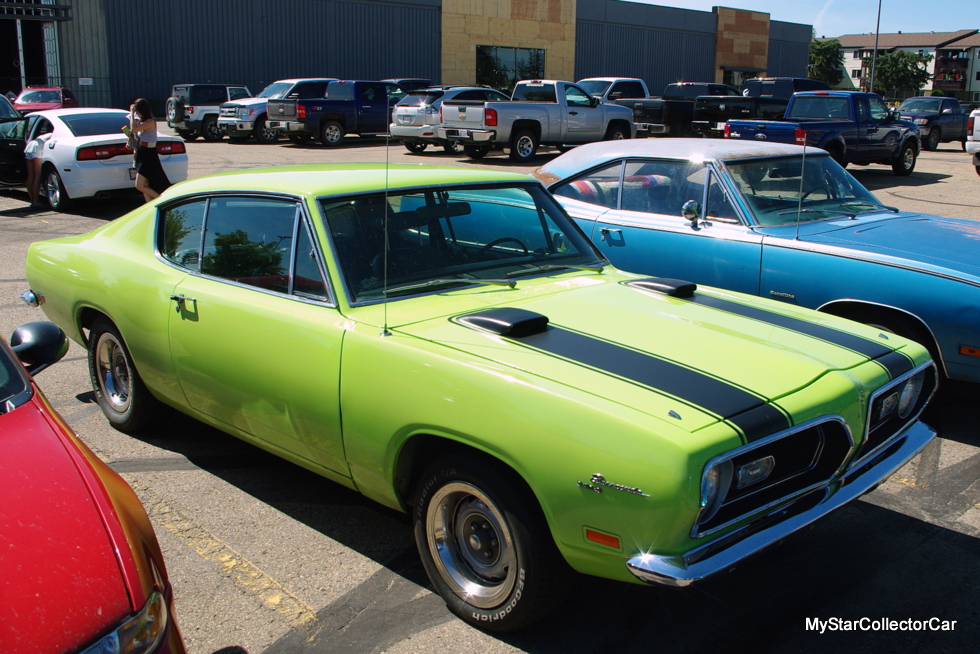 The last shadow cast on a car is actually a departure from our previous examples because the 1969 Camaro was too big a star to relinquish the spotlight to the 1970 Camaro. Both cars had style in abundance, but the 1969 Camaro set the bar too high for its successor. 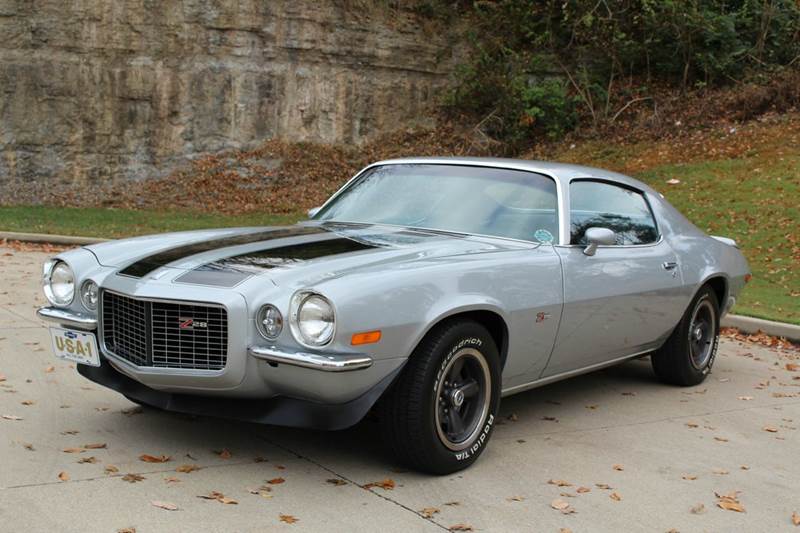 The ’69 Camaro is too big a legend to let the spotlight burn out on its stardom and it sealed the fate of the second-gen Camaro as Door Number Two for car guys. 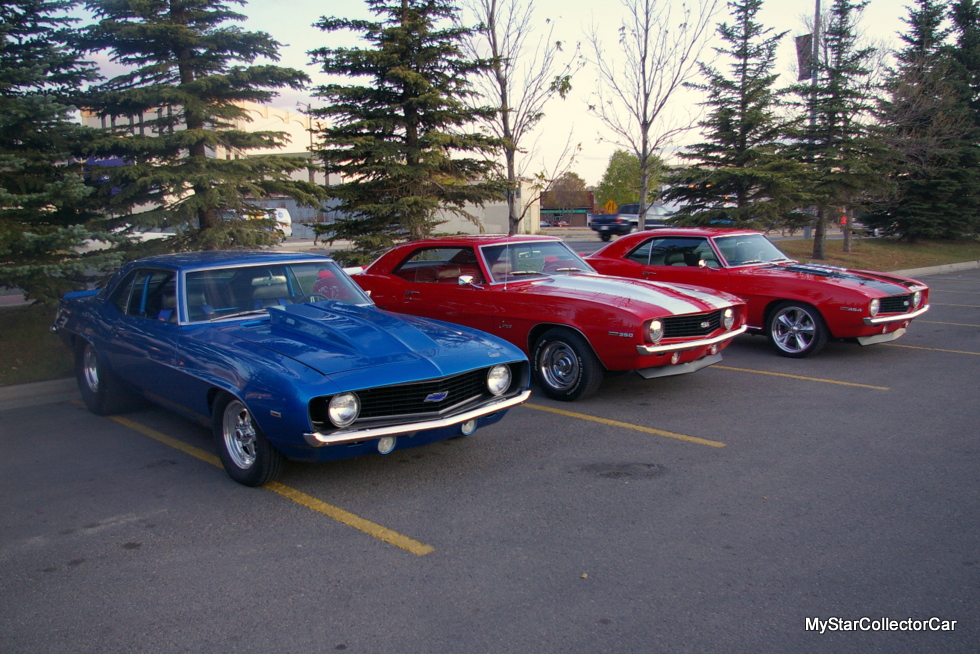 It is tough to step out from the shadows when there is a legendary star who refuses to leave the center stage in the car hobby.