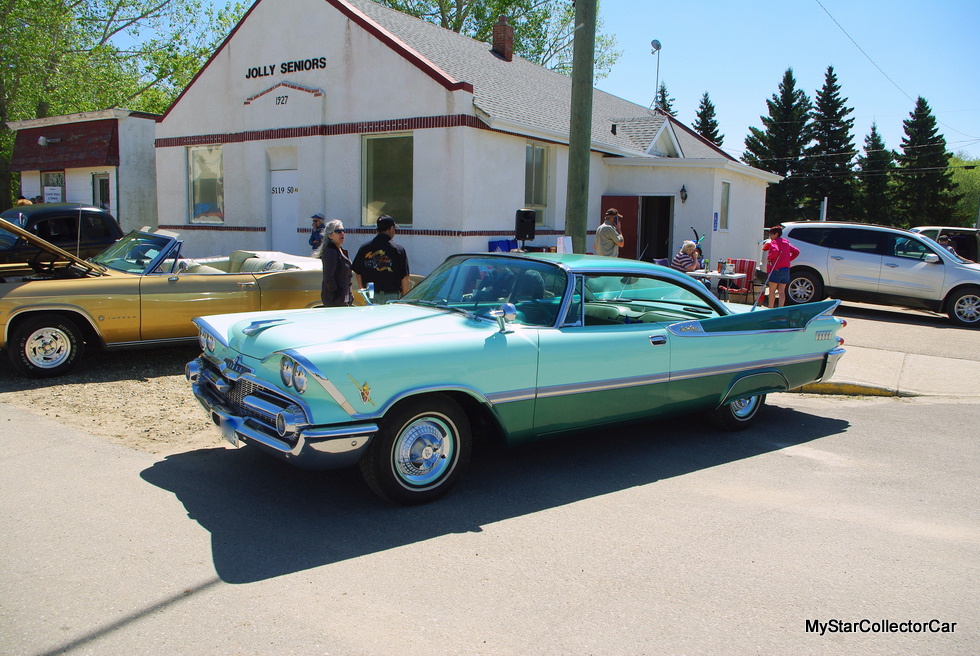 The trick to any good interview is to go to the source with the best information.

This approach is especially important in an old car interview because the owner is typically the best person to question since he or she is typically a fountain of information about the old classic.

This ’59 Dodge Custom Royal two-door hardtop story is the exception to the rule because the former owner filled in the biography on this classic fin car. 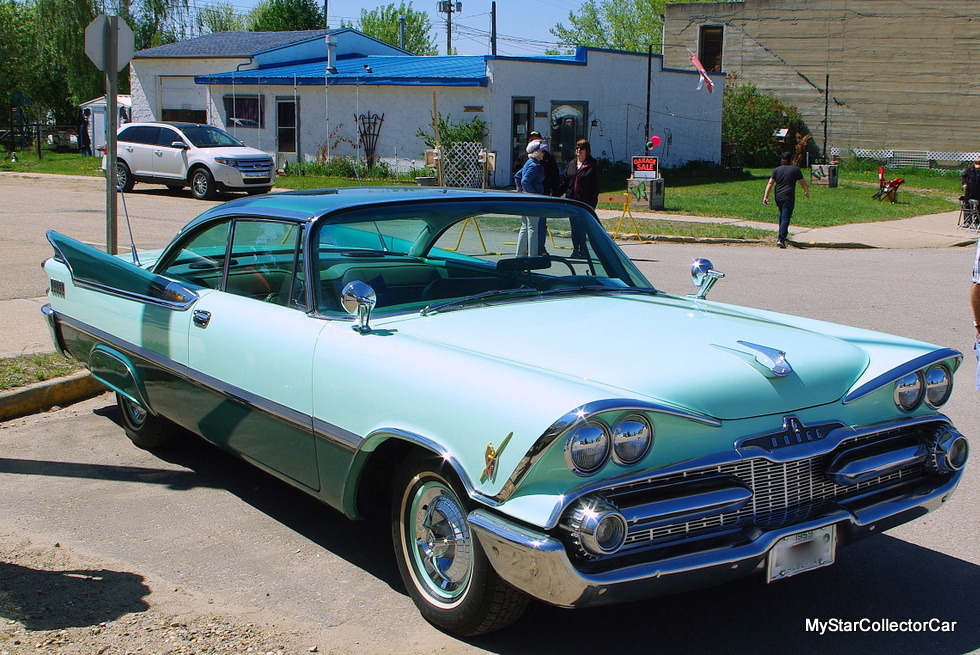 Terry Armstrong is the second last owner of the car and he knew every nut and bolt on this 50s icon plus he had a solid background on history of this Custom Royal. He explained how he “wasn’t really looking for the car” a few years ago when he found it. His friend asked him to “check it out” so he looked at it and he told his buddy to buy it because Terry knew it was a rust-free Dodge after he looked at it. 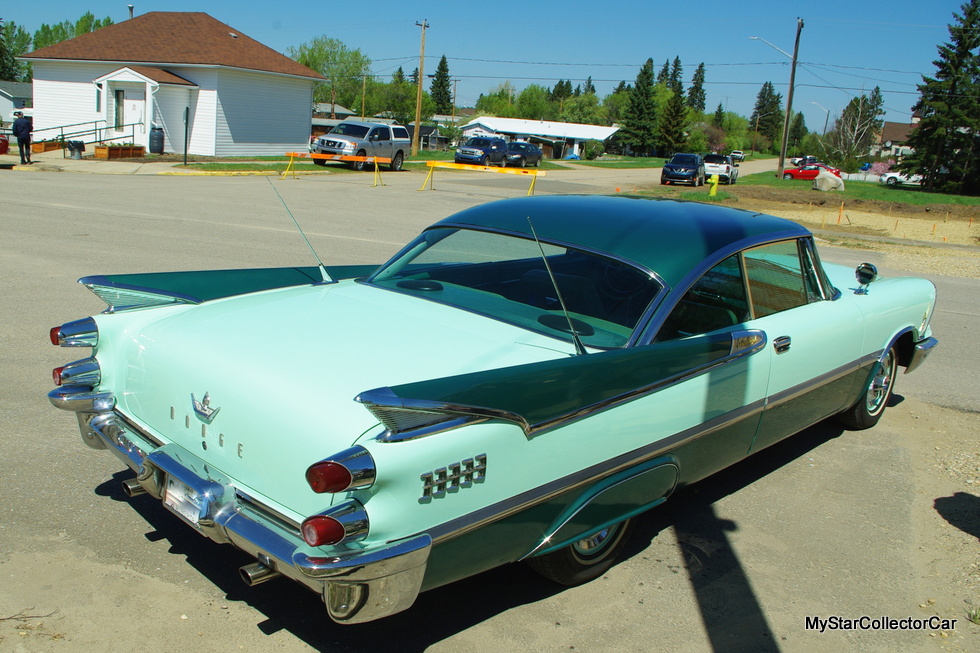 This was originally an Arizona car and the body showed it so the car headed north across the border where it landed in the hands of a farmer. Terry said the guy, “didn’t do too much with it” and that’s basically how he found it. 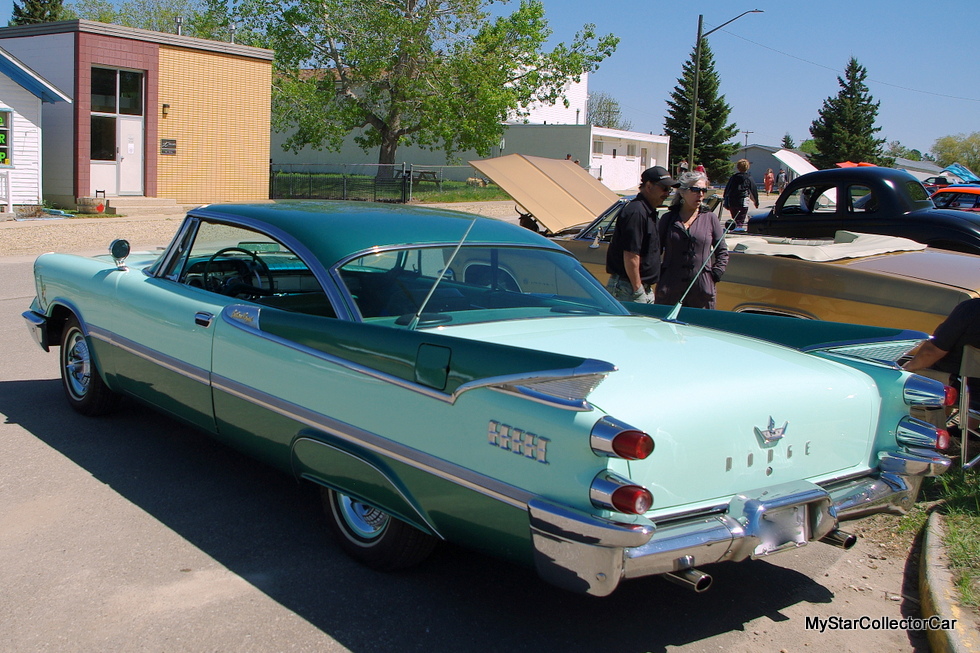 Unfortunately, Terry’s buddy was the wrong guy to send to negotiate the deal because the owner told him to leave and invited Terry to buy the car. Terry did buy the car and added a darker green to the lower half of the car. 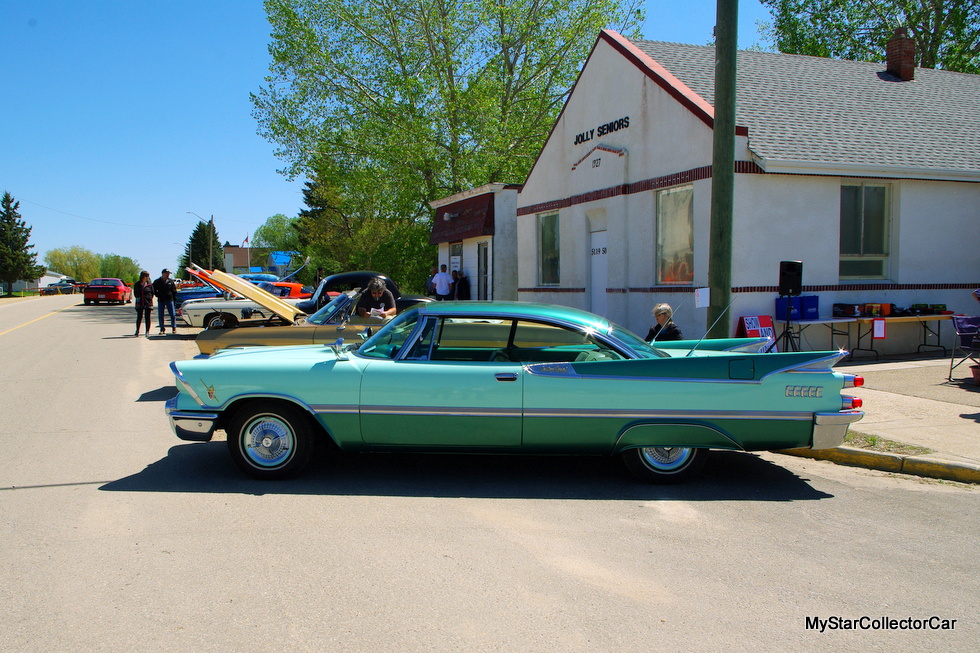 Terry sold the car to Ken Rice and then took on the role of advisor and technician on the car. Terry liked the extra dark green on the car when he owned it so he “stripped it down, and painted the roof green too-so now the whole car pops”.

Terry took on some other details with the car like the placement of the rear antennas—they were in the wrong place. He’s big believer in stopping power so he added custom four-wheel disc brakes to haul down the big Custom Royal. Terry described pulling the rear drums as a “nasty job requiring a lot of patience”—anyone who has worked on a Chrysler product from that era will totally understand his version of the job. 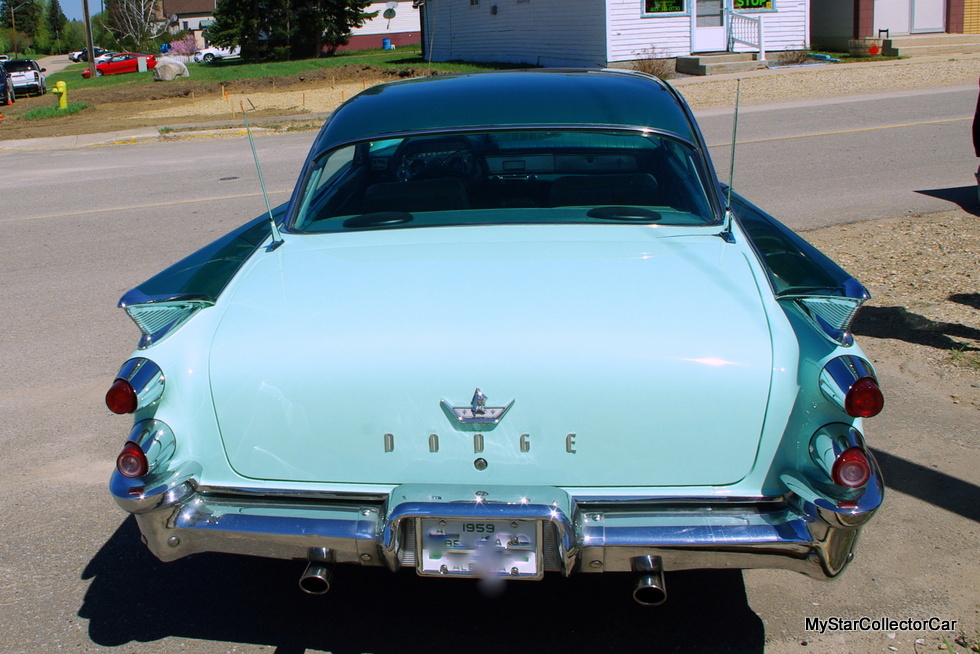 There were other issues like the interior because it was far from stock so the original material is on order. Terry added a custom (removable in less than a minute) console to the Dodge to accommodate a state of the art sound system and cup holders. 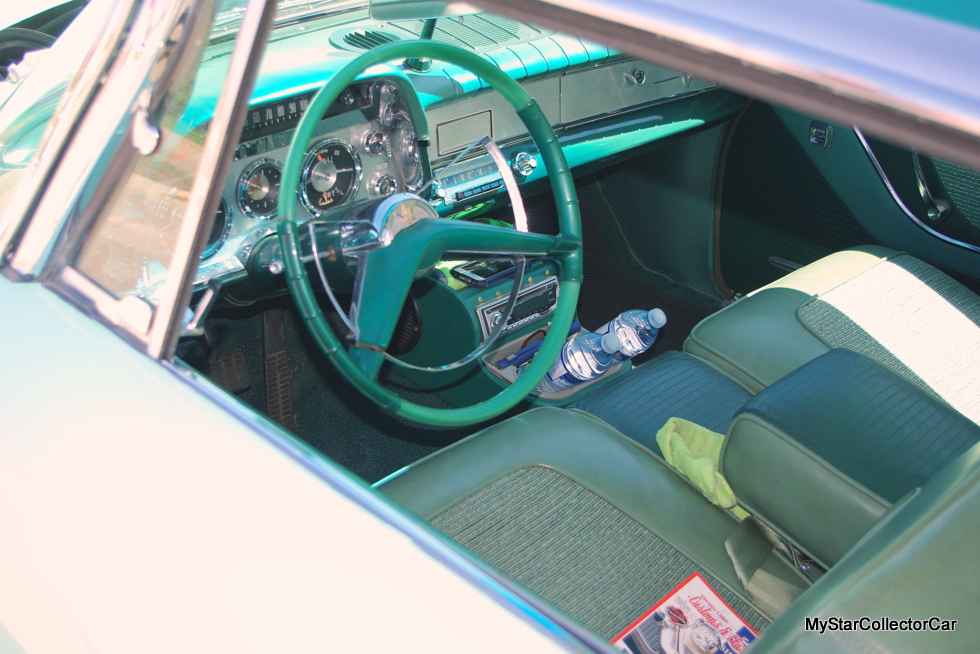 The car has NOS (new old stock) wheel covers sourced out by a specialty wheel guy who found them after a lengthy search. 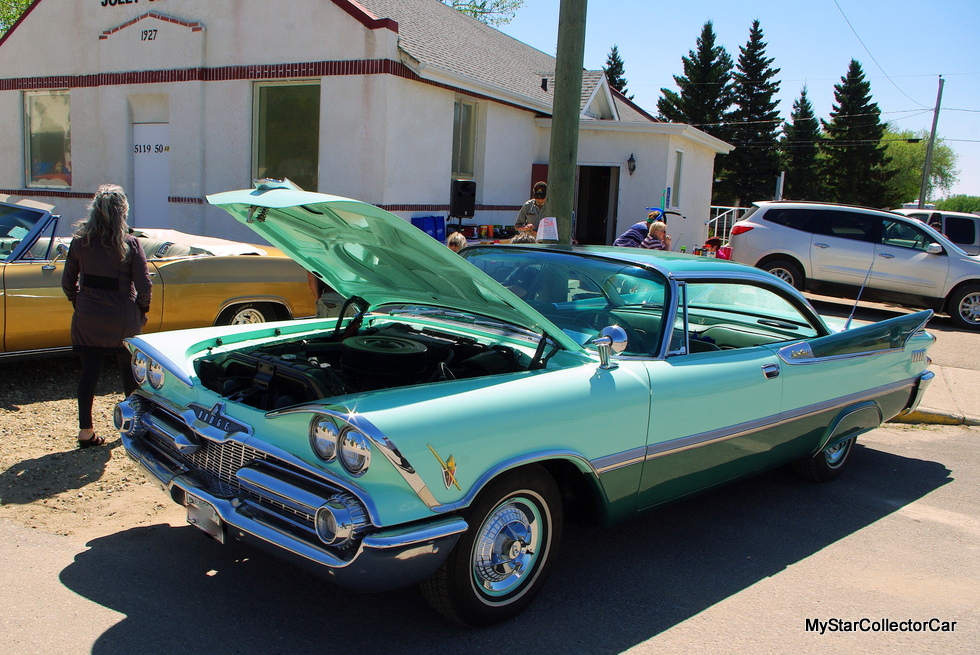 This is a well-optioned car with a 361 cubic inch V-8 under the hood and power steering, power brakes and power windows. Terry said “there’s a lot of torque” available in this Custom Royal. 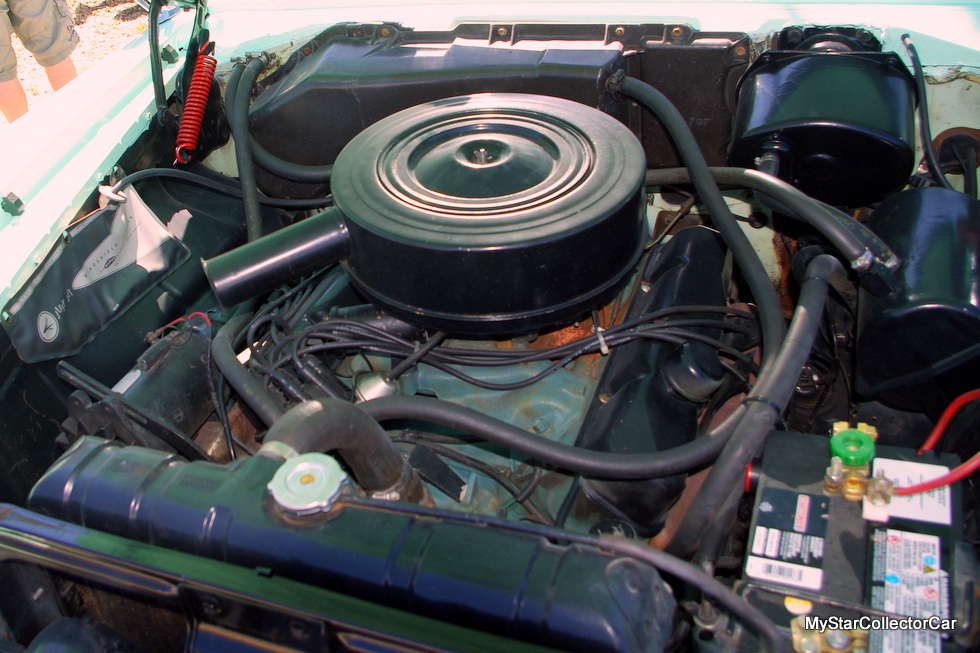 Terry was on a trial run after the winter work and he had an issue with the passenger’s side power window. He smelled burning wire and his gauge showed a big draw so that became a quick job (electric motor out of another car before he hit the road). 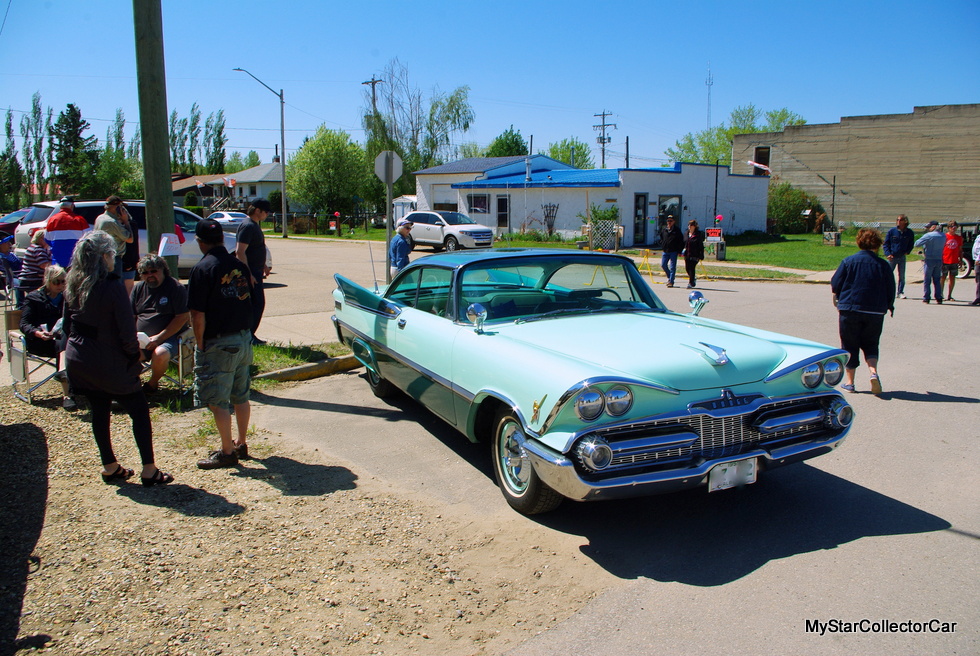 Terry loves his current role with his former car because it is “such a smooth car on the road—runs great at 70-75 miles per hour” plus it’s close to a point where he would have taken it if he still owned it.

This is the perfect ending for a former owner of a classic.