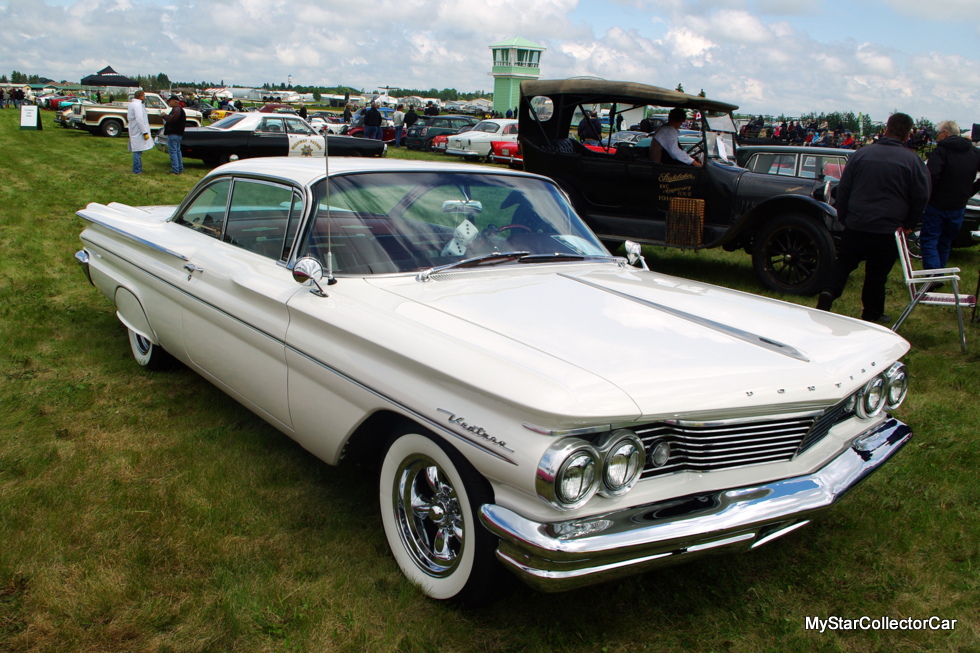 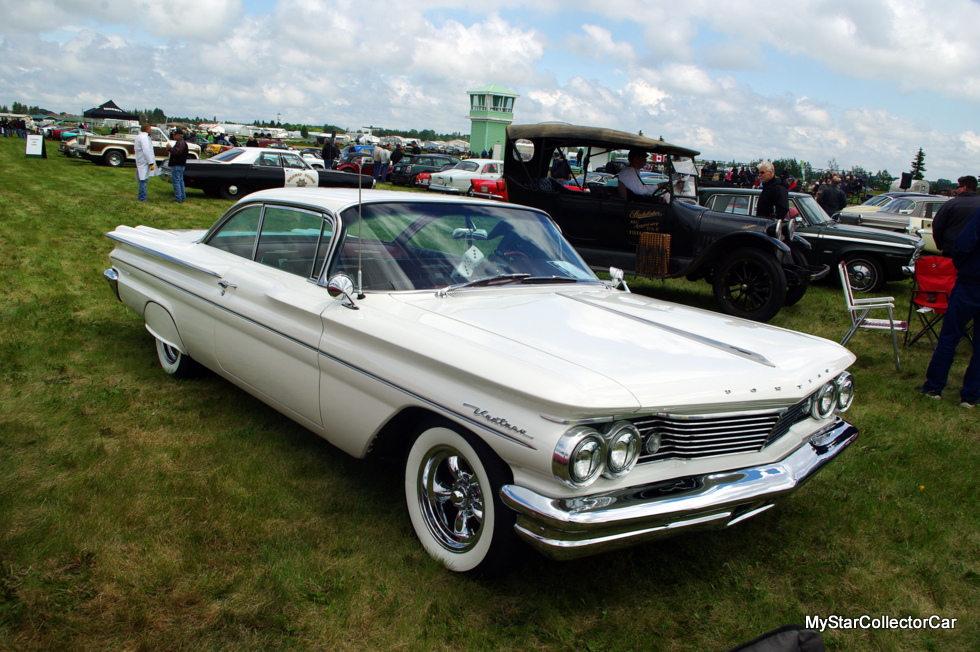 There are common threads throughout the narrative of most car guy stories and one of the most common is the “I used to own one”.

‘That “used to own one” is the line most used at car shows whether it’s the owner of the car or a guy admiring the car at a car show.’

This ’60 Pontiac Ventura two-door hardtop fits well within the “used to own one” category. 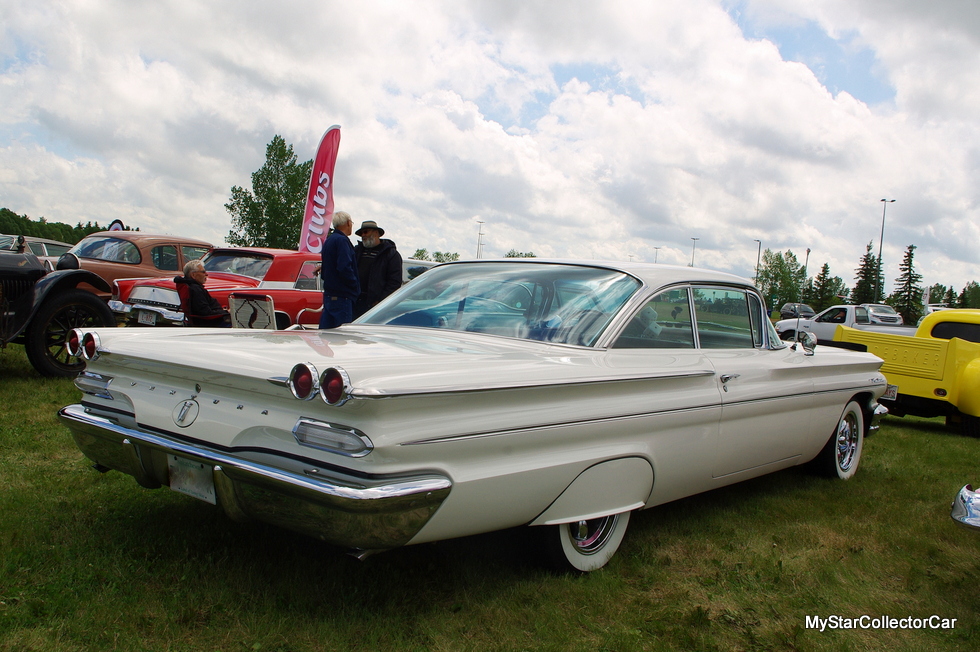 Andy Trudel used to own a ’60 Pontiac but it was significantly different, as he explained; “It was a bare bones 4-door sedan with a three-on-the-tree transmission”—plus it was a Canadian Poncho—unlike this flashy US model. 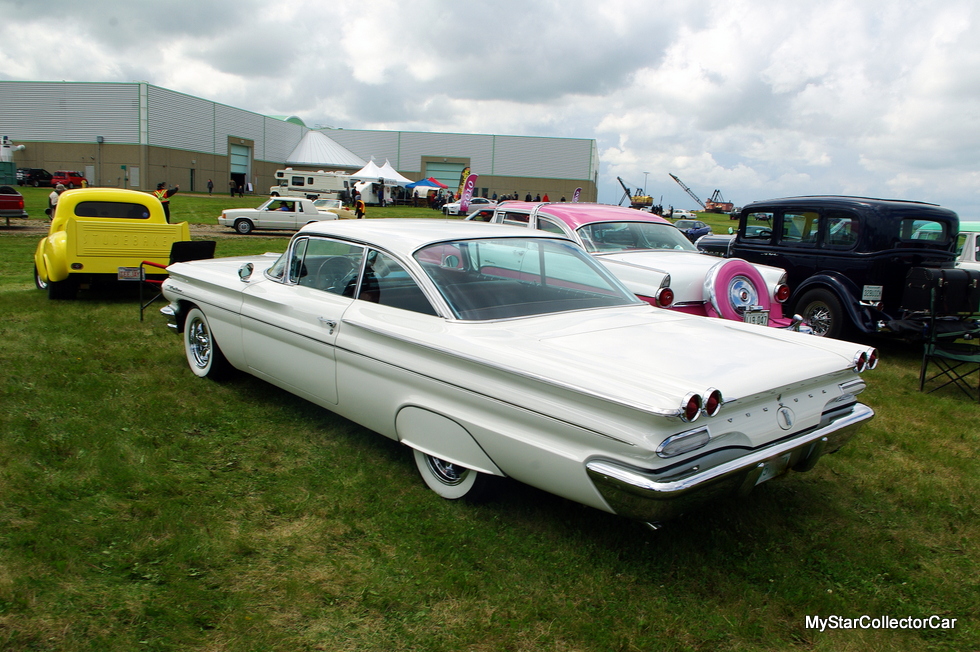 Andy didn’t start with a pristine ’60 Pontiac Ventura because this one was pretty rough so he went an looked at it and found out the seller wanted $8000 for his rare Poncho. Andy recalled how the engine compartment “was full of snow” when he opened it. Despite the Pontiac’s outward appearances, the “body was pretty decent” but the interior “was pretty rough”. 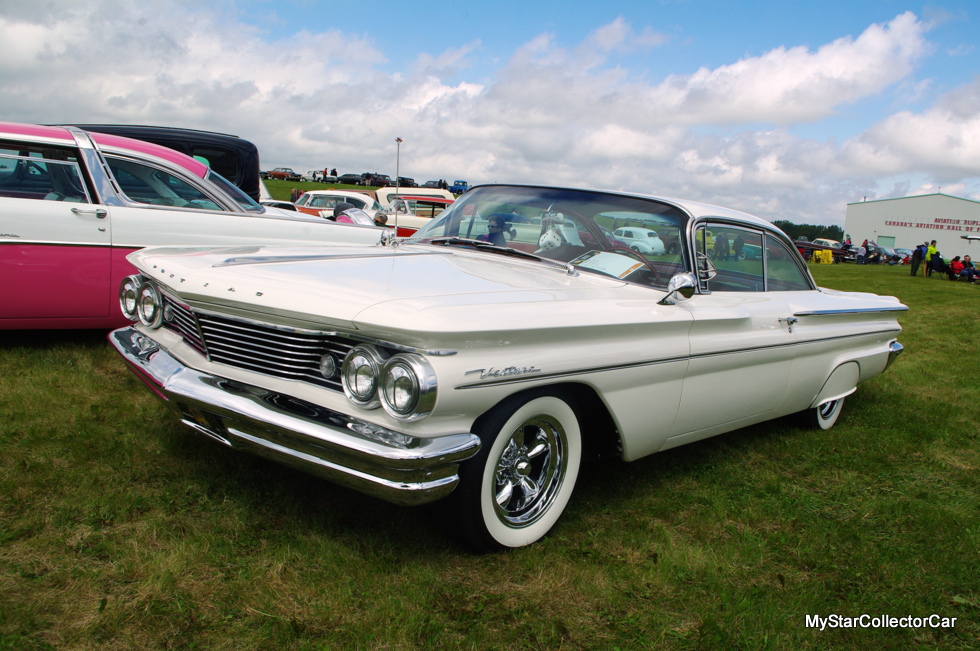 This is a 389 cubic inch 4-speed Hydramatic car so it’s a high end model and that factored into the purchase so Andy took the car home. It’s optioned out well—even down to the factory trouble light under the hood because Venturas were upper level Pontiacs. 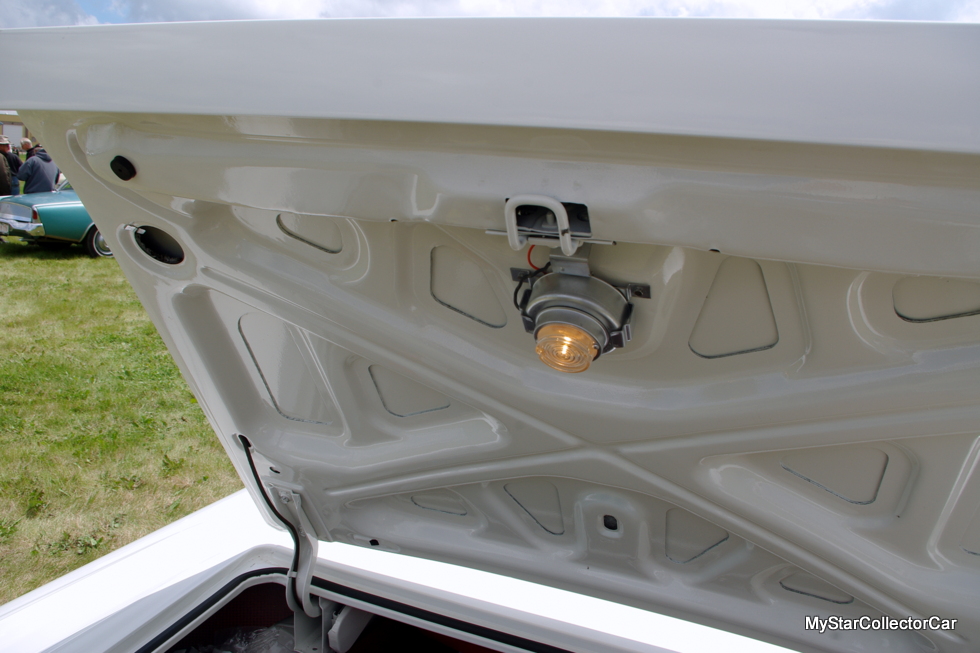 Andy was retired from the auto body repair industry—“did it for 40 years”—so he was looking for a post-retirement challenge because he still loves body work and this Poncho was the perfect choice. Andy took on the job and he applied his extremely high standards to the project.

The Trudels are snowbirds so oddly enough Andy spent summers, instead of winters working on the Pontiac project. He admitted he spent all his spare time on the car so there weren’t too many free hours for anything but the Ventura in the summer but he did take some trim pieces south for a little winter work contribution to the big job. 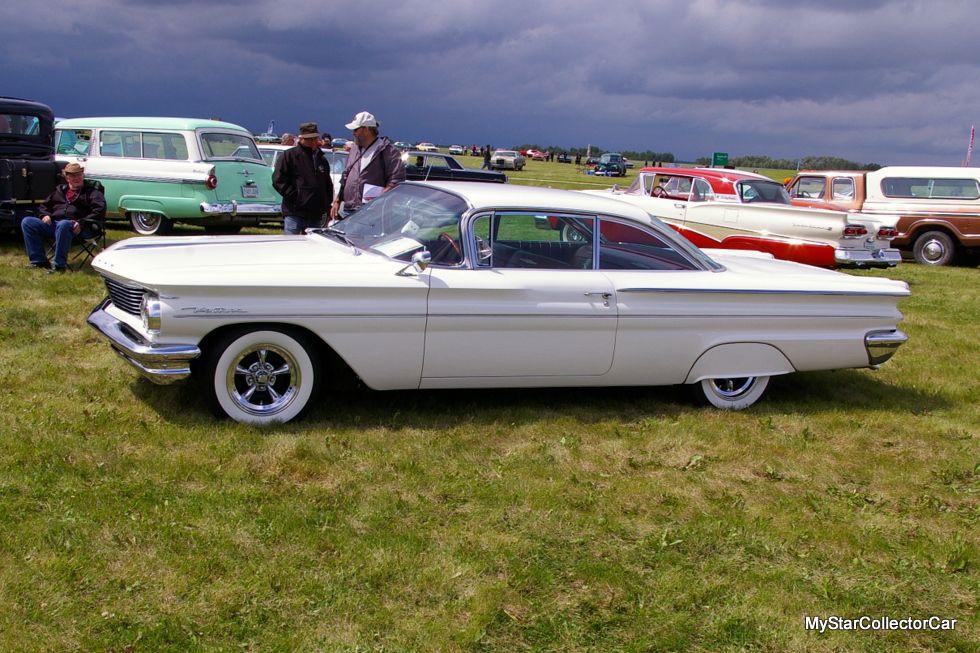 Andy literally handled every stage of the project. The Pontiac has every piece rebuilt or replaced so the engine, transmission, brakes and seals were all done. This was a nut and bolt rotisserie project and the quality shows in every square inch of the Pontiac. He admitted the Ventura has difficult to source parts so Andy did a lot of online detective work to find pieces for the project. 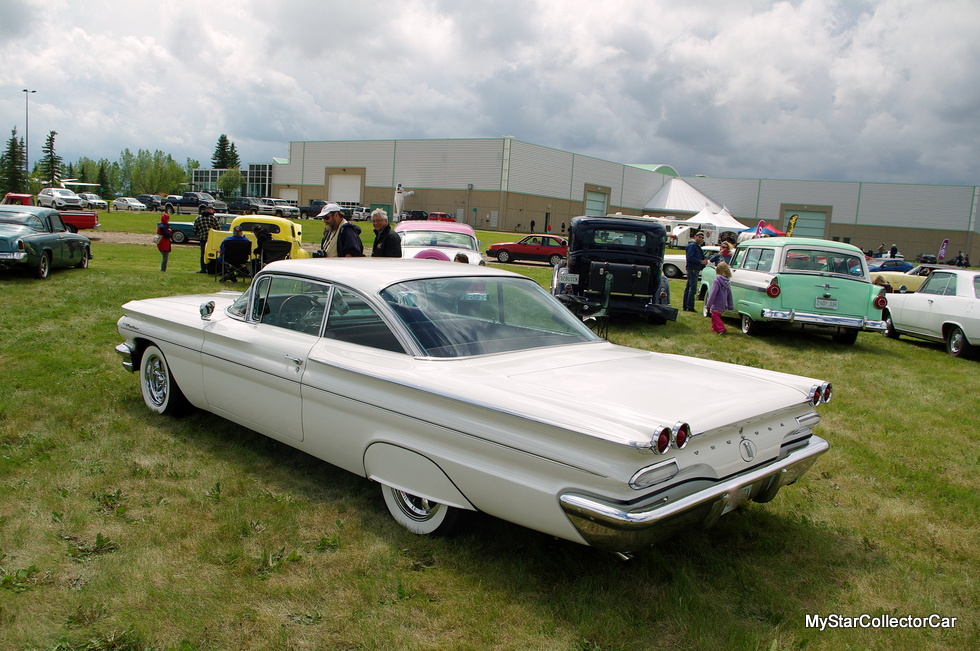 Andy built his own floor pans for the Pontiac and reproduced them to exacting factory standards. He re-did his own steering wheel he found out they “wanted 1400 bucks” to refinish it so he went off the program and colored it to interior red. 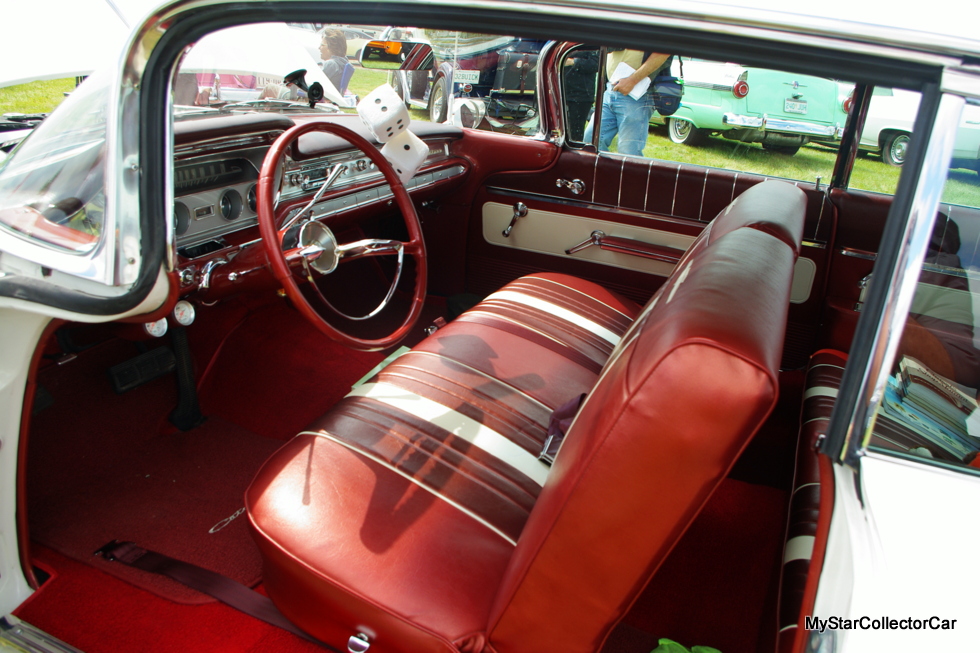 He also added a shroud for the fan because the car ran a little hot—it was “okay on the highway but it was hotter in town”. 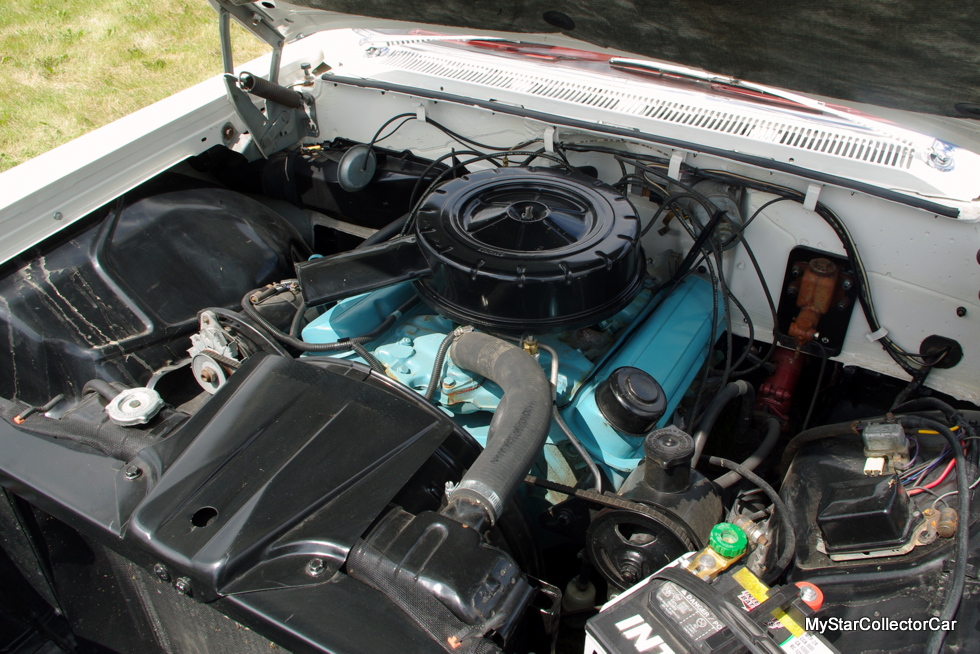 Despite the high quality and impeccable standards of the build, this Pontiac is not a trailer queen. Andy is an adventurer at hear so he spends a lot of time on the road with his wife. They’ll jump in the car and head several hundred miles down the road in the Pontiac because that’s the right thing to do. 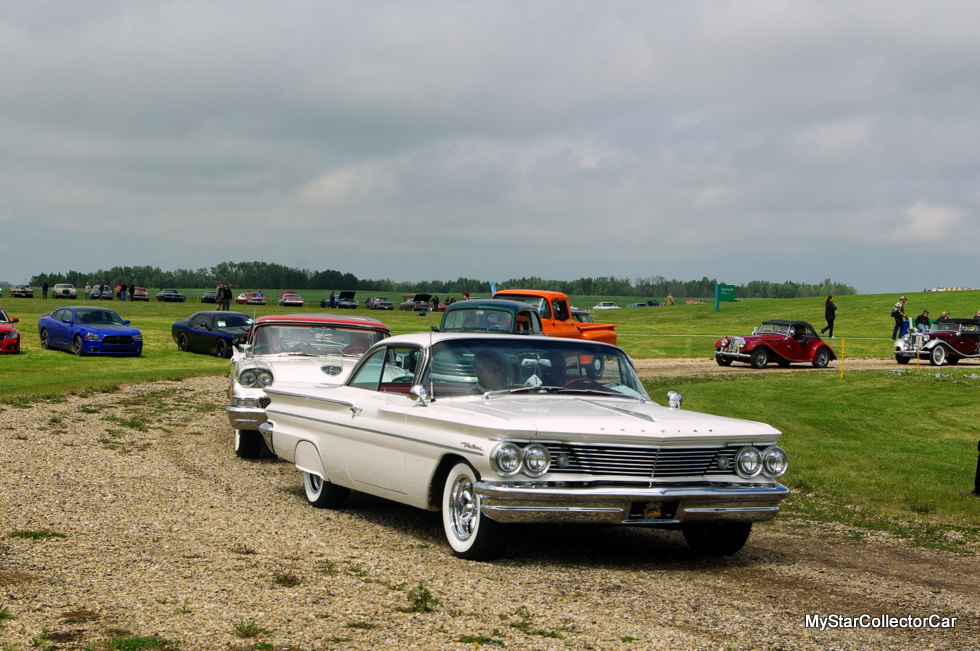 Andy describes the ride as “very nice, very comfortable, handles nice and it’s easy to see”—that giant glass area opens up the whole world to the occupants of a 1960 Pontiac two-door hardtop. This is an American Pontiac so it has the wider track and Andy believes that extra number is a big factor for the superior handling. 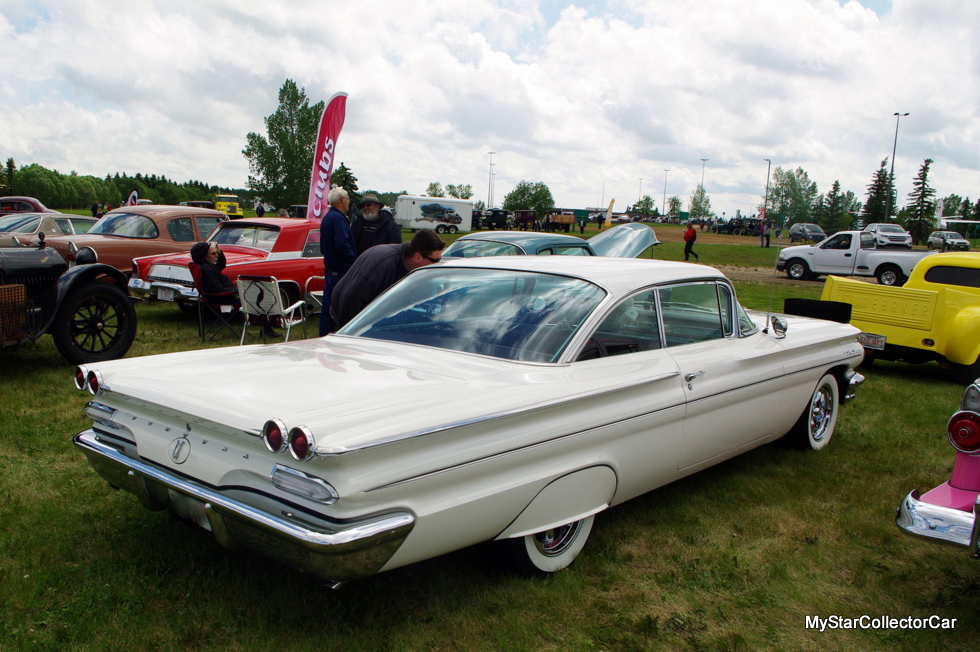 ‘This ’60 Pontiac isn’t an exact copy of Andy’s first one but it’s a time machine with a lot of flair for him.’