We were lucky enough to cross paths with Rick Orza and his stunning 1941 Dodge in the summer of 2010.

Rick was a part of a 2010 cross-Canada tour with the Coasters, a friendly convoy of vintage vehicle adventurers that take a coast- to- coast look at Canada behind the wheel of their rides.

They take most of July and August to make their journey and are some of the nicest car people we have met thus far at MSCC.

You can add “talented” to Rick’s resume because his 1941 Dodge cab-over resto-mod is his baby. Rick took two solid years to construct his amazing truck and his patience and abilities are obvious in the build.

The Dodge rests upon a Dakota chassis and is powered by a 360 Dodge, so he can run with any big dogs on any road. It was rusting in peace in a field when Rick discovered it and saw his vision of the perfect street machine.

Rick really liked the look of the cab-over design and was very confident that he could refine the Dodge into a one-of-a- kind beauty that could take him anywhere he wanted to go- including a cross- country tour of Canada.

Rick is a master metal worker, so he knew that he could stretch the cab by five inches to give him a more comfortable cab size. The trucks were originally designed as working stiffs, so creature comforts were not a big- ticket item for their original purpose. 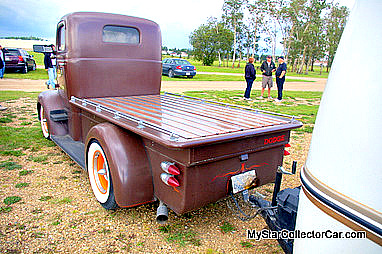 Rick’s Dodge has all of the creature comforts (up to and including power windows) so it now has all of the classic looks of the original, plus the upgrades to take Rick on a long trip across a big country. 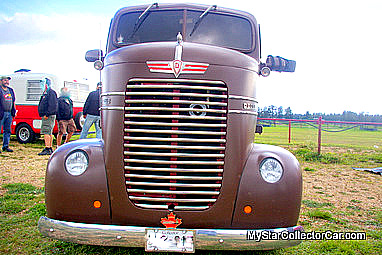 The unusual add-ons include Honda mirrors, a Chevy bumper, Caddy tail lights and Harley headlights. But its main components are pure Mopar, heart and soul, because Rick wouldn’t have it any other way. 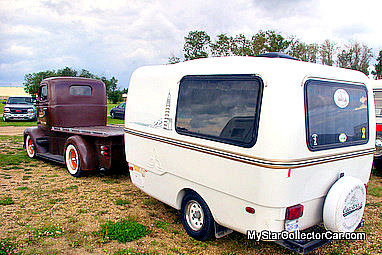 MSCC congratulates Rick for his amazing truck and the fact that it is definitely a driver in his world. 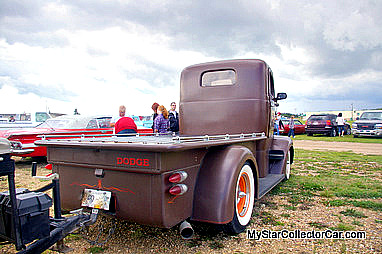 An entire country’s worth of driving and still counting.

Many more stories at –https://www.mystarcollectorcar.com/