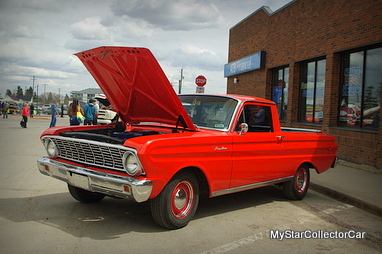 Ryan Schueltze is a young guy with but his biggest dream was all about old things.

He wanted to own an old ride.

Ford Rancheros aren’t the number one draft choice for old iron but Ryan was drawn in by this unique light truck. 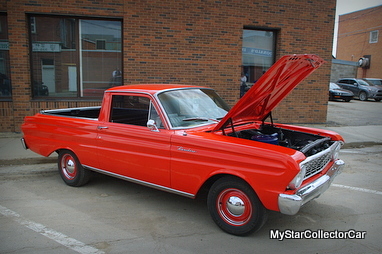 Ryan’s search began a few years ago and he clearly had a defined goal for his search as he explained: “I thought I’d pick up a project for grad”.

Ryan wanted to arrive in style and there is no better way than from behind the wheel of a classic ride. There’s been a trend towards this in the last few years and Ryan wanted a vehicle that put blood and money in the game because he’s definitely a hands-on owner. 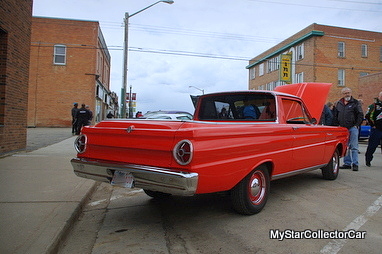 Ryan’s search was extensive but he focused on this 1965 Ford Ranchero: “I was looking around for a while saw it sitting there, kept looking and this was still sitting there. It had three donor cars with it. The guy wanted 7500 but he took 7000 for it”. This a six-cylinder, manual three-speed truck so it’s definitely still in stock form and that in itself makes this Ranchero a very unique old truck. 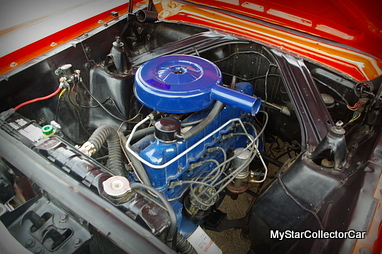 This is a very complete, stock ’65 Ranchero but it did come with a few issues: “It was a lot of work, things like hoses brakes and transmission. Tried a Mustang transmission but it didn’t fit because of the bell housing but I did find another one, the engine was rebuilt and blueprinted and the paint was redone too. The rear end’s still a little rough”. 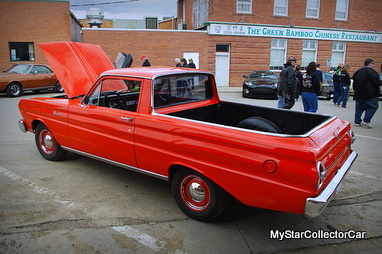 Ryan admitted that he didn’t drive it as much a few years ago: “Last year (2013) I didn’t drive it too much” but he’s spent a lot more time behind the wheel of his Ranchero.

The experience has been educational for this young owner: “I drive it a lot now and it’s actually pretty good on gas, that’s the bright side of it plus it drives pretty good at 75 miles per hour but the back end starts vibrating at 80”. That’s why Ryan is still in the hunt for a rear end. 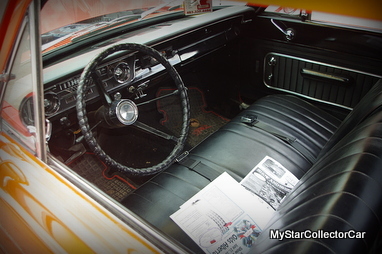 There are other upgrades in the future for this ’65 Ranchero as Ryan explained: “I’d like to change out the one-speed wipers because they don’t keep up so I’d like to switch them out and I might put headers on it and swap out the 3-speed transmission for something else down the road but I listen to my Dad on everything because he kind of directs me on this project”. 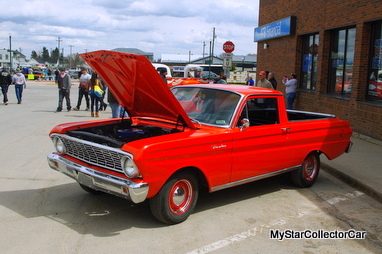 Ryan is the perfect owner for this piece of Ford truck history because he has a good perspective on this 50-year-old truck. He wants to upgrade in a subtle way to make it a better driver but he respects the integrity of his Ranchero. 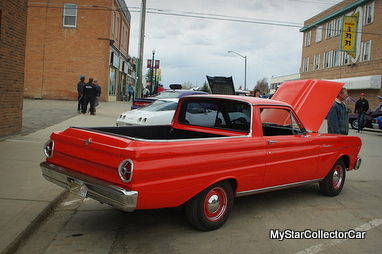 The other thing that Ryan takes away from this truck is intangible, yet very real as he explained: “I like the respect I get from owning this truck”.

That’s definitely the most valuable lesson old iron can give a young guy.