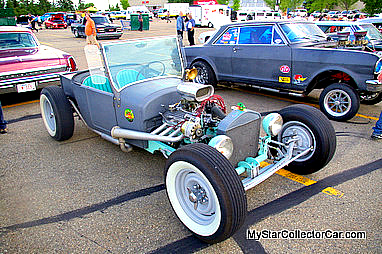 George Fitzpatrick loved to hear his dad’s stories about courting his mom in the late 50s.

A big factor was his father’s ride at the time-a tricked out Ford hot rod because without the car in car guy world…it’s just a standard plot for a chick flick.

But the car was a big part of the story and years later, George decided to surprise his dad with a tribute to the car he drove in the skinny Elvis era. 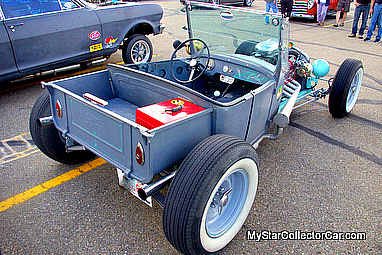 As George recalled, “he was a little down after surgery so I dumped the car on him”.

George’s car guy instincts told him that the man who had made him a car guy would recover much faster behind the wheel of a vintage hot rod.

He chatted often with his father about “the old days” without giving any clues about the ongoing project. Healing power on 4 wheels. 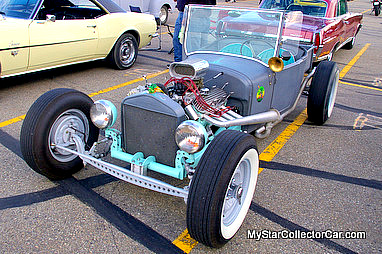 This was an old school project from the start because George wanted to build his car the way his Dad did so there are no post-1964 parts on the old T.

Scrounging was a way of life for 50s hot-rodders and George stuck to that path-as he says “it’s cool driving something you paid nothing for”. George learned to weld so he could pull this project off on a budget. He emphasized –“that’s the only reason”. 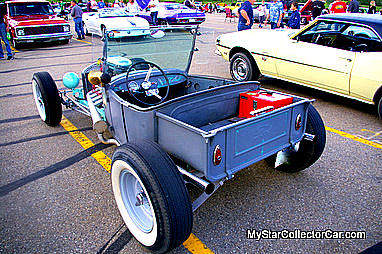 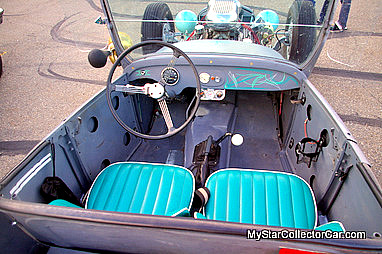 It’s a Model A chassis that’s been shortened, because as George admits, “that’s all I could come up with”.

The engine is a 260 Ford, the steering wheel is of British descent and the wheels are a vintage NASCAR tribute with knockoffs. The exhaust is set up mid-60s style. George likes to describe his T as a blend of his dad’s memories and Ed “Kookie” Burn’s rod on the old TV show 77 Sunset Strip. 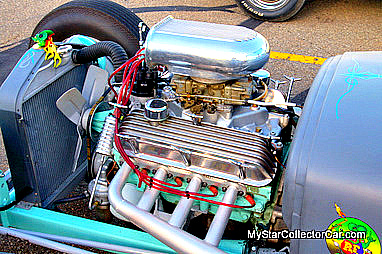 The other testimony to the past is found in the Ma and Pa Rat Fink decals on the car – the passenger side carries the Ma decal. 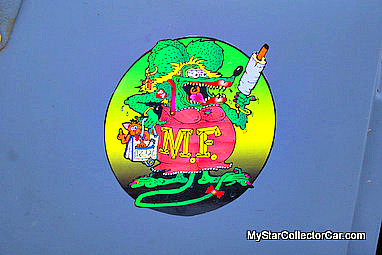 The ultimate experience in the project came when George finally showed his dad the car and handed him the keys. 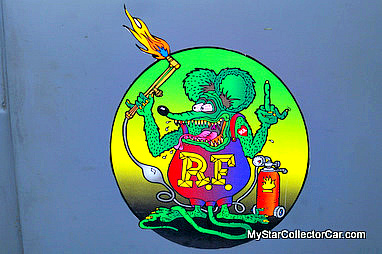 That has been the best part of the project because his dad literally drives this car everywhere and, while it’s not documented in any medical journals, this car clearly has helped his recovery.

Surprisingly, an interesting byproduct is that his dad often has to answer official questions from inquisitive police officers about the lack of fenders or windshield wipers on the old T.

George lets his dad explain the fair weather clause with antique cars because he drives it so much.

George understands his father’s level of excitement behind the wheel because he says “you can’t wipe the grin off your face when you drive this car”. The grin did disappear on one trip when “I lost it in a rainstorm and put it sideways with my Dad in the passenger’s seat. Dad said it was pretty exciting but remembered that he did have some heart issues”. 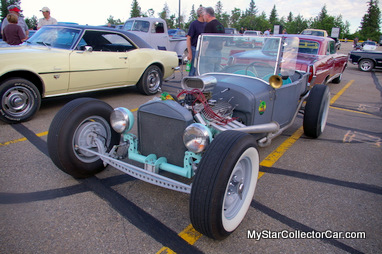 The car sees several thousand miles a year between George and his dad and both Fitzpatricks are piling up new memories in this rolling tribute to a time, a place and a family legacy.

Ultimately, isn’t that what old cars are all about?