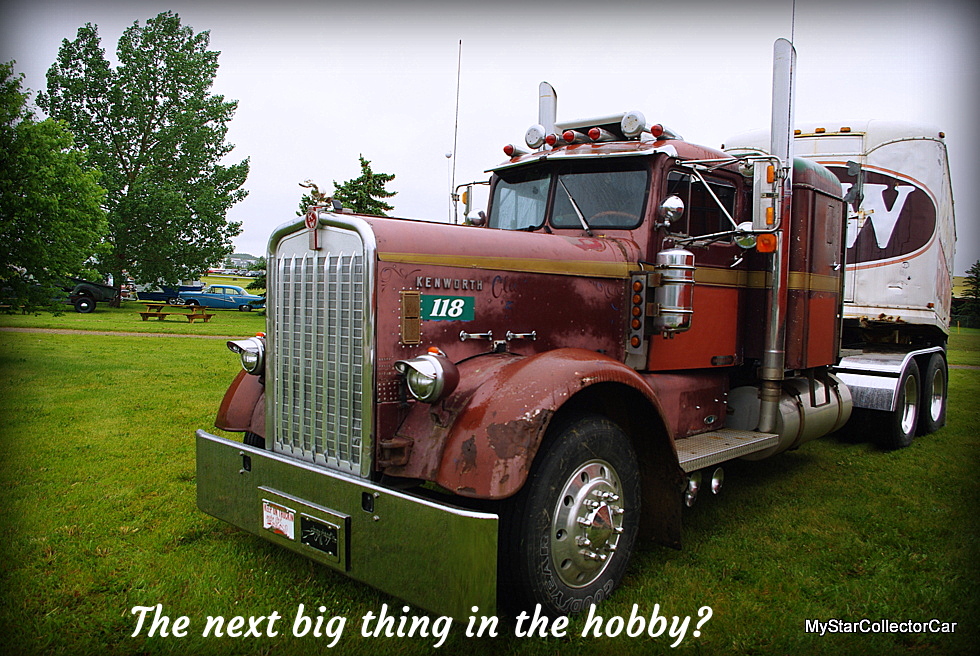 Big rigs were never a glamorous form of transportation because they were built for work not recreation but these big machines still have a huge army of fans.

For one thing semis bring sheer presence to any road because they’re loud, large and definitely in charge.

They’re also a hot new trend in the hobby so they’re popping up at a lot of shows. 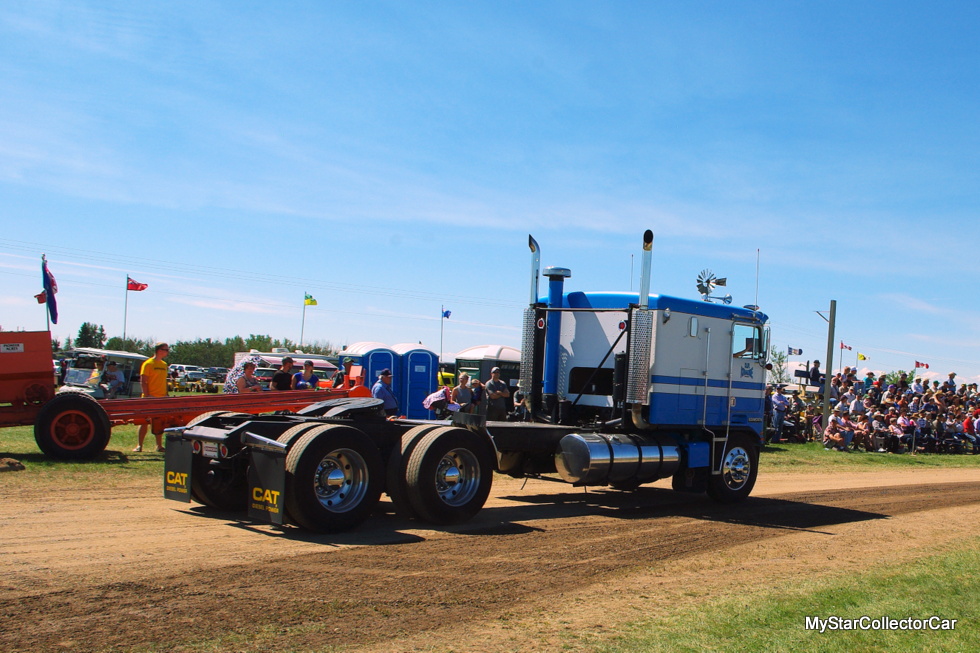 Don Streeper works for Michener Allen Auctions and he’s also a certified appraiser so he’s seen more heavy metal than you’d see at 10,000 Black Sabbath concerts—even if Ozzie was in his prime.

Don is a huge fan of vintage iron—especially the eighteen wheel variety and he was kind enough to explain the background story to this new trend in the hobby.  He said vintage big rigs are “really catching on” and he thinks this is because “we never really grew up”. In other words, bigger boys like to play with bigger toys. 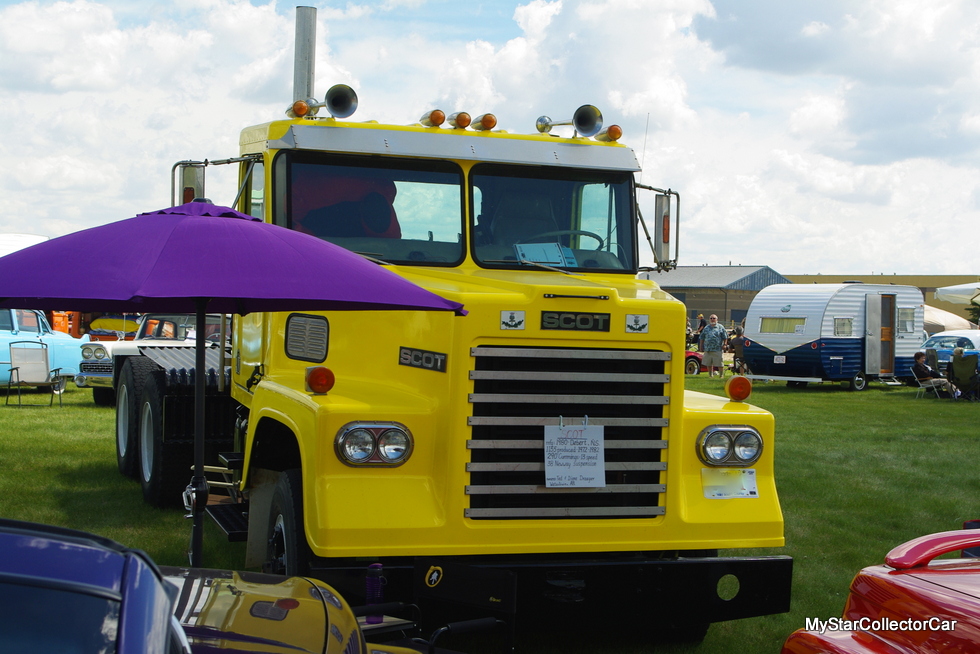 Don thought there was another reason why the vintage trucks are a hot commodity and it has everything to do with old tech. He explained how new trucks are “all electronics” so if they quit you’re going to have to call a road service because you’re not going anywhere when the system shuts down. 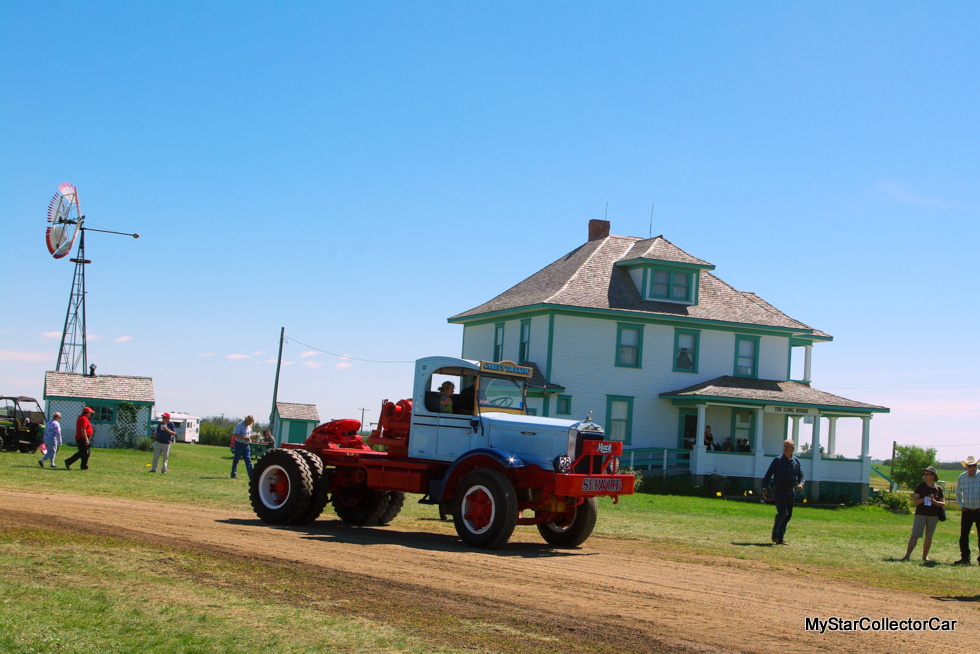 Older trucks have a huge advantage because their less complicated technology allowed their drivers to limp home. Don said there’s a good chance you could “fix them by the side of the road”. Their owners are nostalgic for a less complicated era when the big rigs were also less complicated. Don said you need “three new trucks with two as backup” to run a rig in 2018. 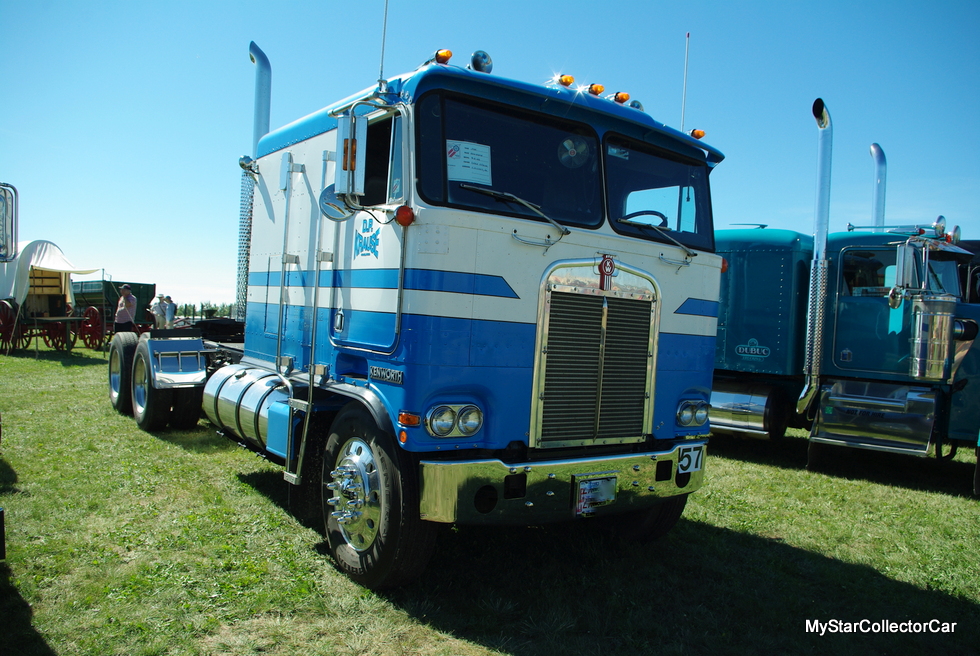 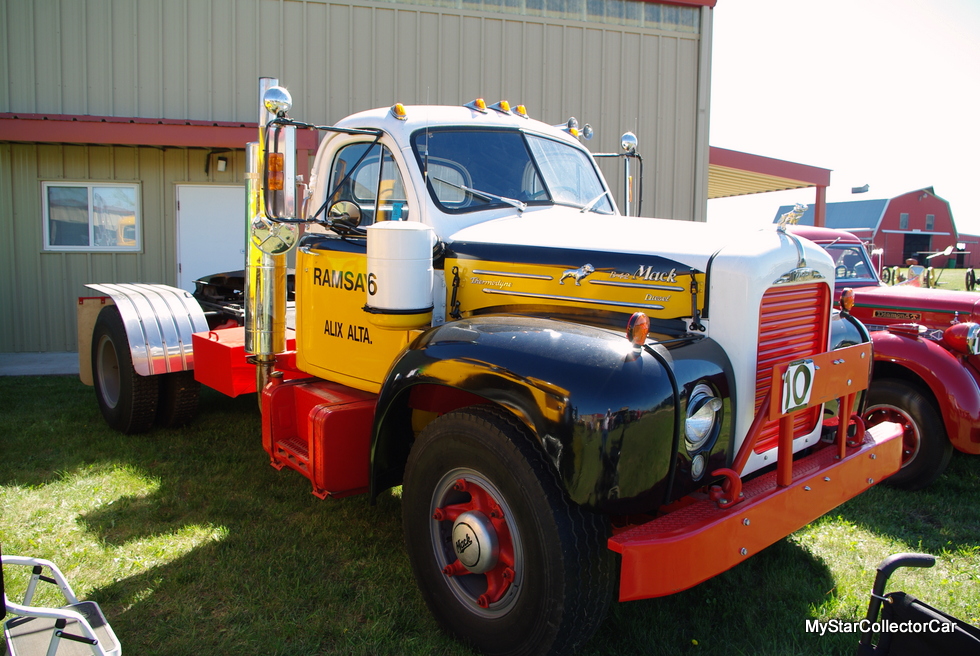 These trucks are “restored better than factory” in Don’s professional opinion and the process is similar to car projects with one big difference. The big rigs don‘t have the same bodywork issues as a car – Don described it as “much more of a nut and bolt restoration than bodywork because trucks don’t get the same illnesses”. In other words, you’re replacing and restoring mechanical parts more than floor pans and fenders with a big rig project. 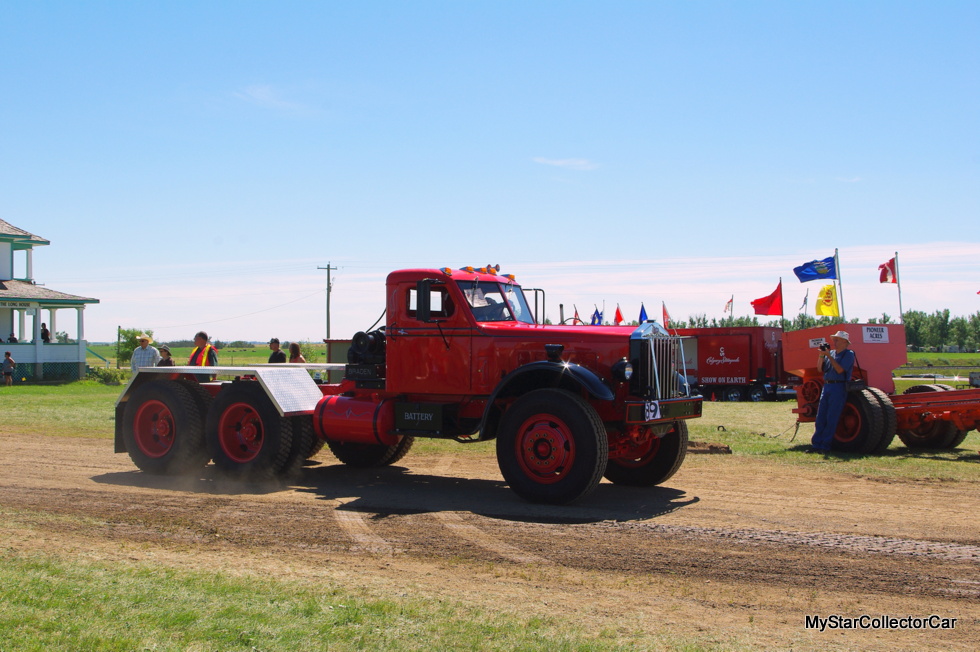 Don’s home province of Alberta, Canada is a huge oil producer so it has “a big group of old truck owners because it really gets in your blood”. These guys drove these old rigs for a living back when they were younger—and so were their trucks. They’re not a lot different from a guy who used to drive a GTO when it was new and suddenly felt an urge to drive one again. 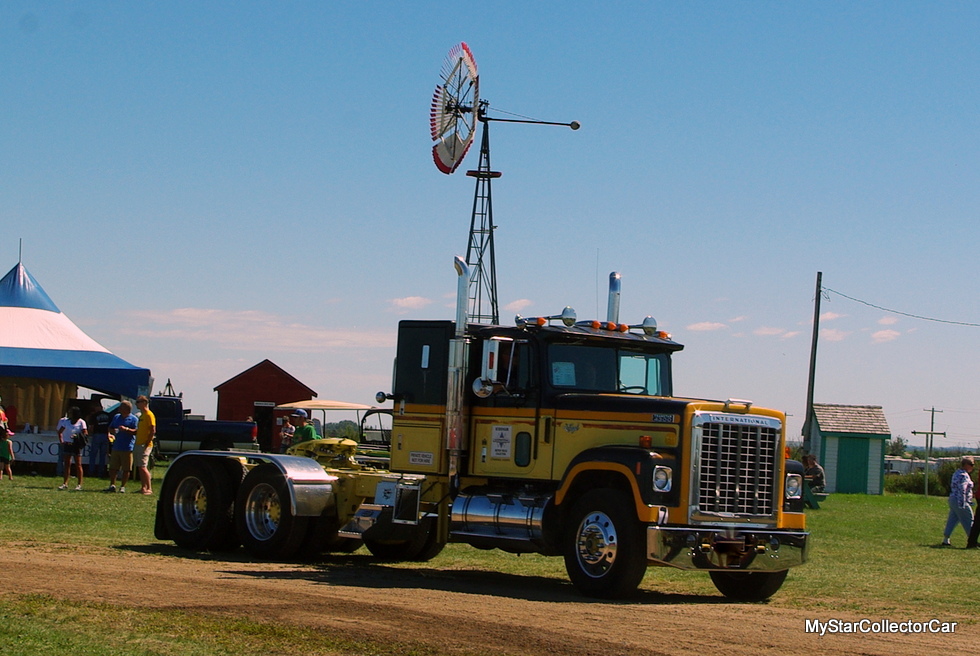 Don said there’s also a big increase in the number of vintage trailers behind these vintage rigs because it really defines the era when these trucks were hauling loads. 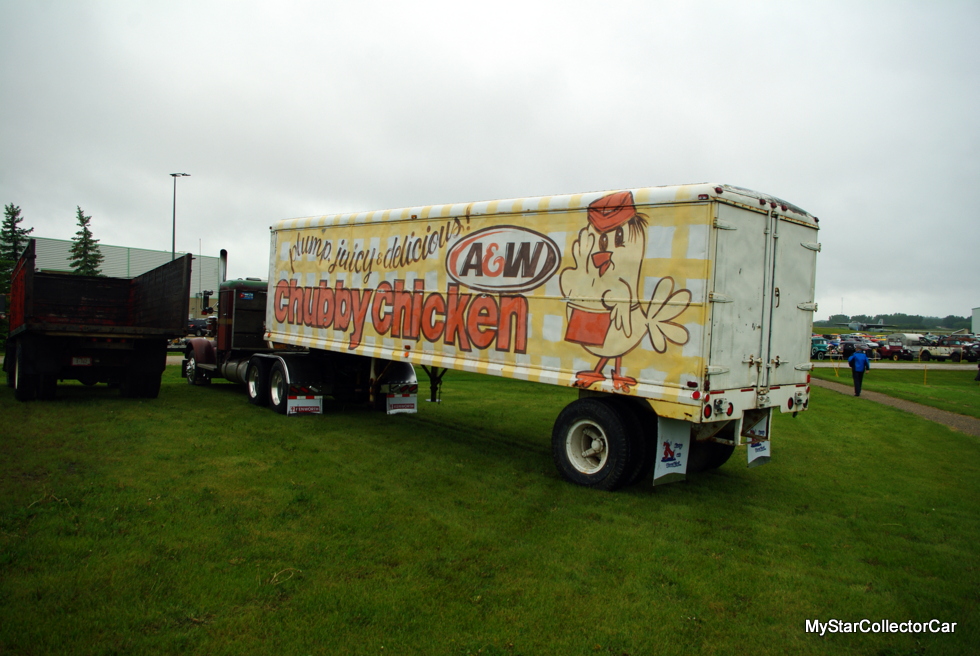 These old trailers are also a rolling billboard for these classic rigs because these trucks are definitely drivers no matter how much investment is behind their restoration. Don said the only time you’ll see an old rig on a trailer is if an owner has two restored trucks so he’ll haul one with the other. 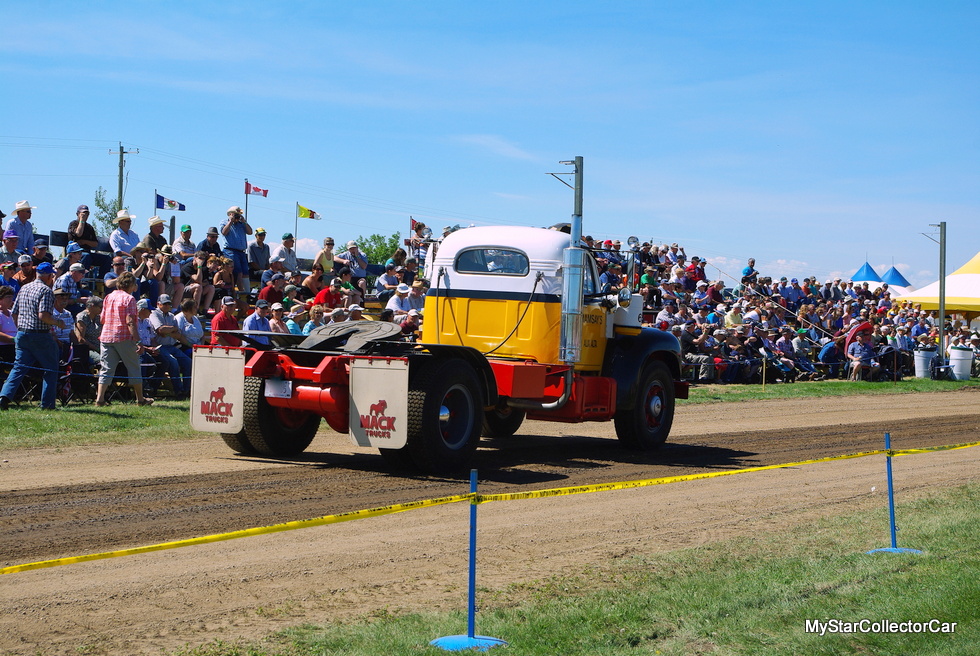 In the end, everything about the hobby is based on nostalgia. In this case, old trucks take their owners back to a non-computer era when a driver had better than a 50% chance of getting home when his old Mack started acting up.