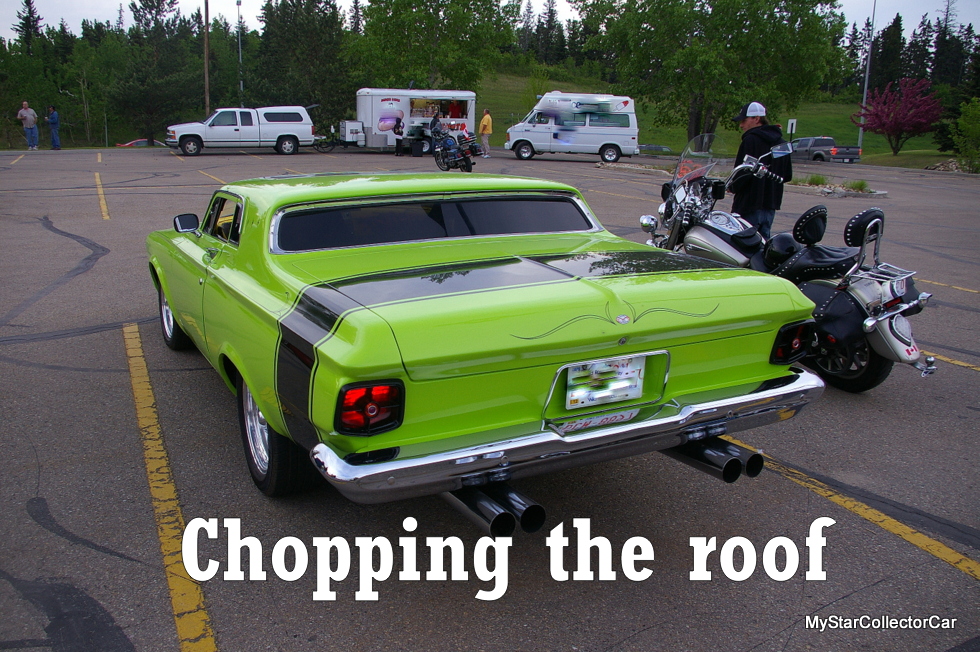 One of the trickiest equations in the car hobby is the custom look.

One car guy’s concept of a dream machine may be another car guy’s idea of cruel and unusual punishment for an innocent old ride.

One car guy’s idea of a custom facelift may be another car guy’s nightmare scenario of cosmetic butchery on a vintage ride.
One of the oldest custom tricks of the trade is a chop. Most car guys are well aware of the concept, but we will explain a chop to our newer MSCC readers. A chop is actually pretty simple: take some of the height out of the car or truck by chopping the roof pillars by a few (or more) inches. 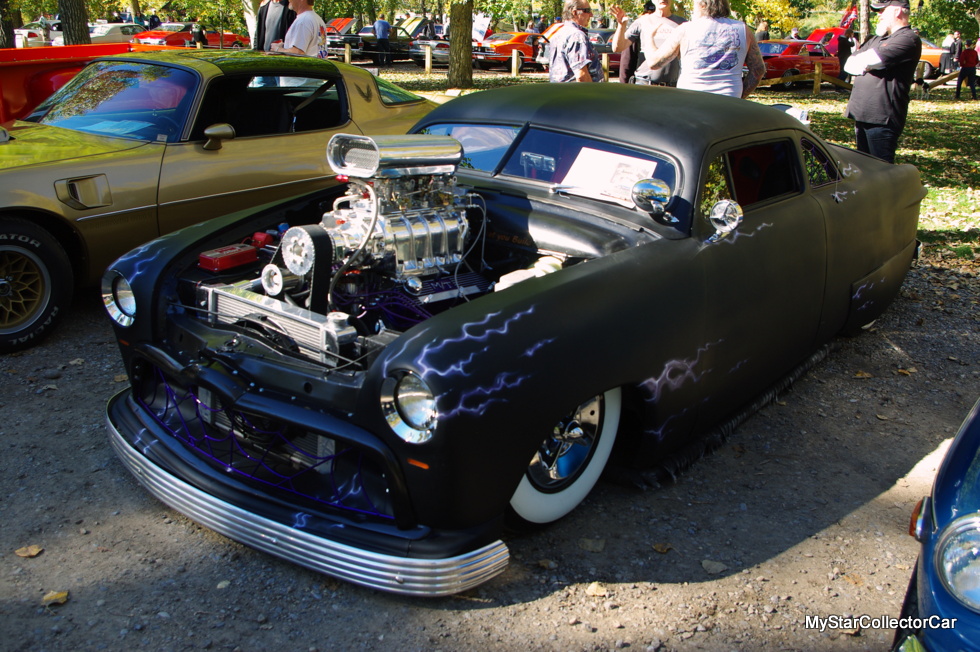 The goal is a sleeker, more streamlined look for the vintage ride that will enhance the overall appearance of the vehicle. A chop became a common practice in the early post-war era of hot-rodders and customizers because they concentrated their efforts on the pre-war cars of the late 1920s and 30s. 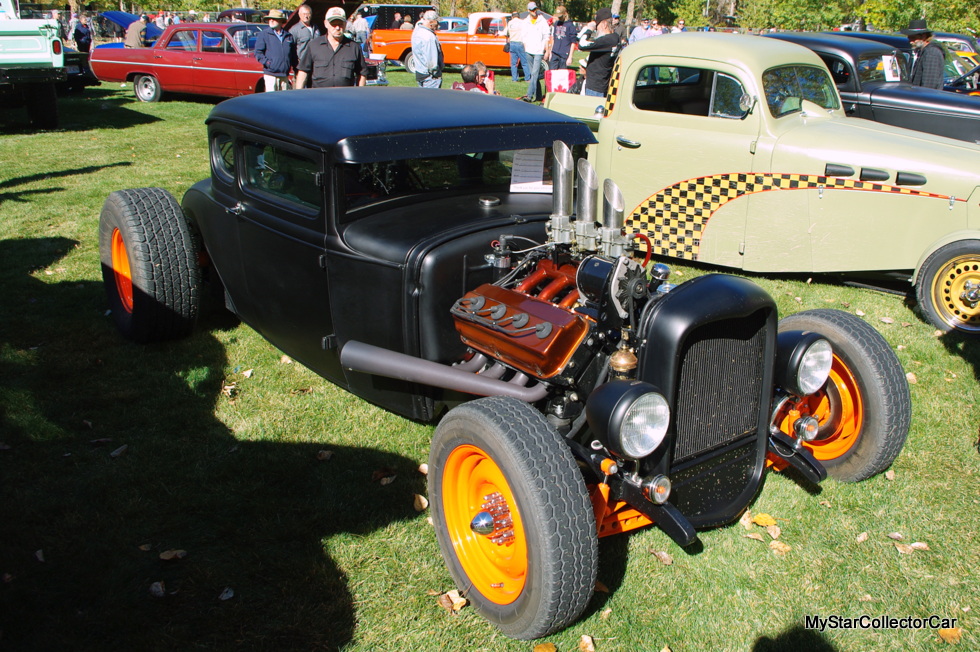 The 1920s-30s cars were an affordable entry-level option for budget-minded young car guys in the late 1940s and 50s. These rides were plentiful and their outdated look that took body style cues from the early days of automobiles made them look like four wheeled dinosaurs on the road during the post-war era. 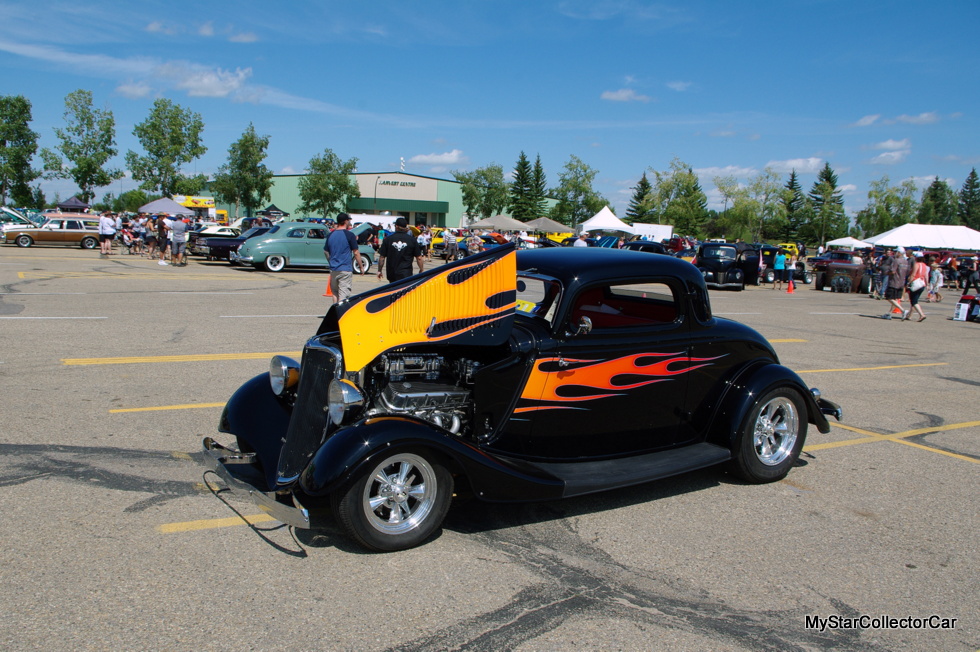 Young car guys used addition by subtraction to make the cars look cooler, so they cut off the fenders, got rid of the hoods in some cases, and cut inches the roof lines to give the cars a little more streamlined look. 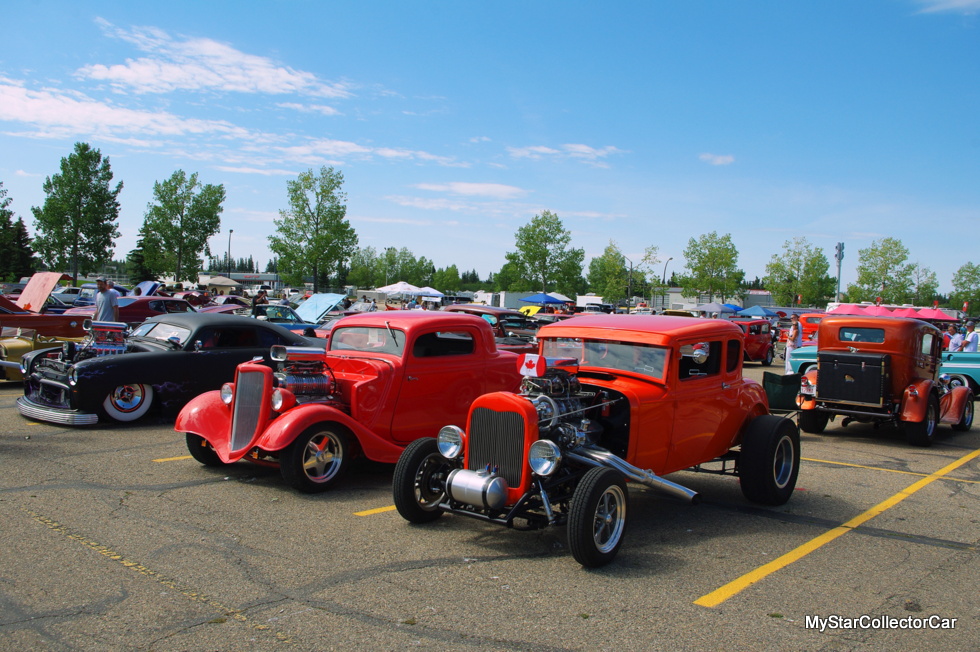 Then they turned their attention to the post-war cars after the Barris brothers chopped the roof line on an early 50s Mercury and started the lead sled revolution. The early 50s Mercs became the new rock stars for hot customs and are still considered the gold standard for chop top glory by many car guys. 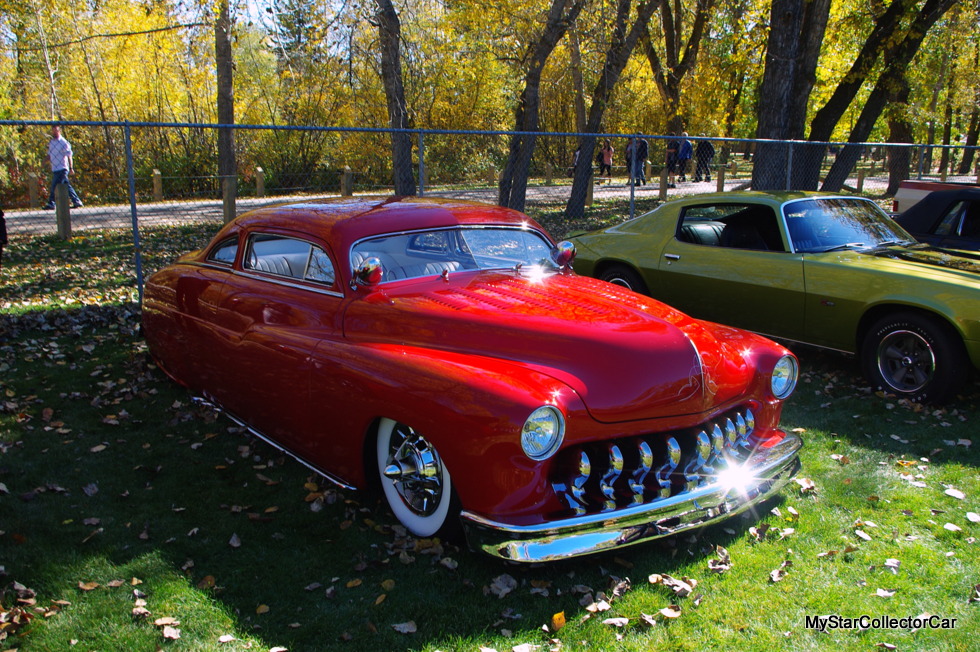 Many other rides followed the early chop top pioneers as car guys explore the outer boundaries of the custom look on their rides. However, the chop movement may be a perilous path because the original body style may not lend itself to a roof chop in some cases. 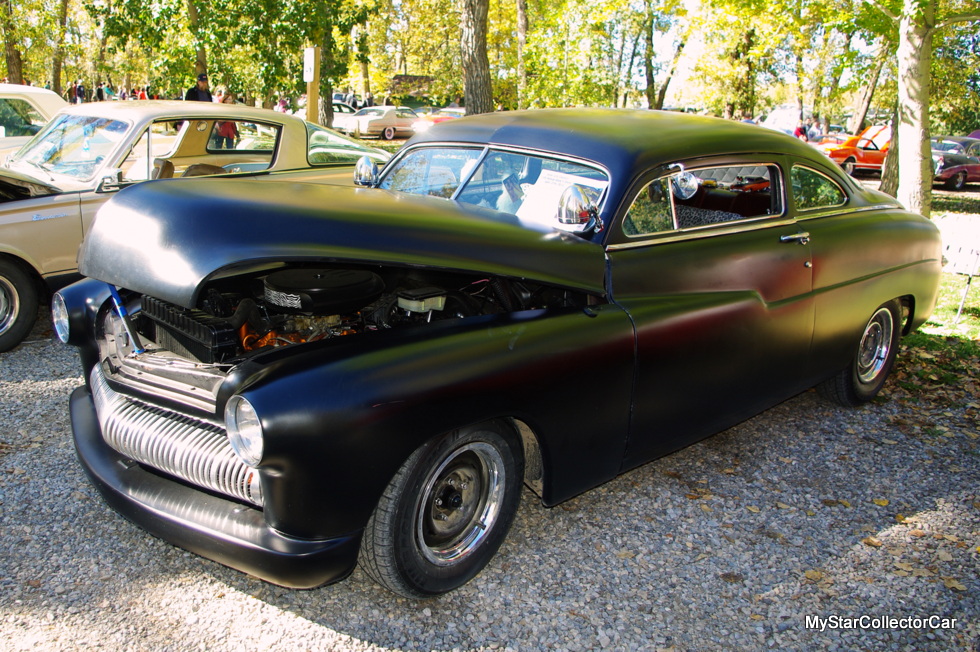 In fact, the idea of a chop should be prefaced with a few important questions before the car guy takes a saw to the roof pillars on their ride. The first question would be whether they intend to drive the car on a regular basis because a chop will factor into the equation. 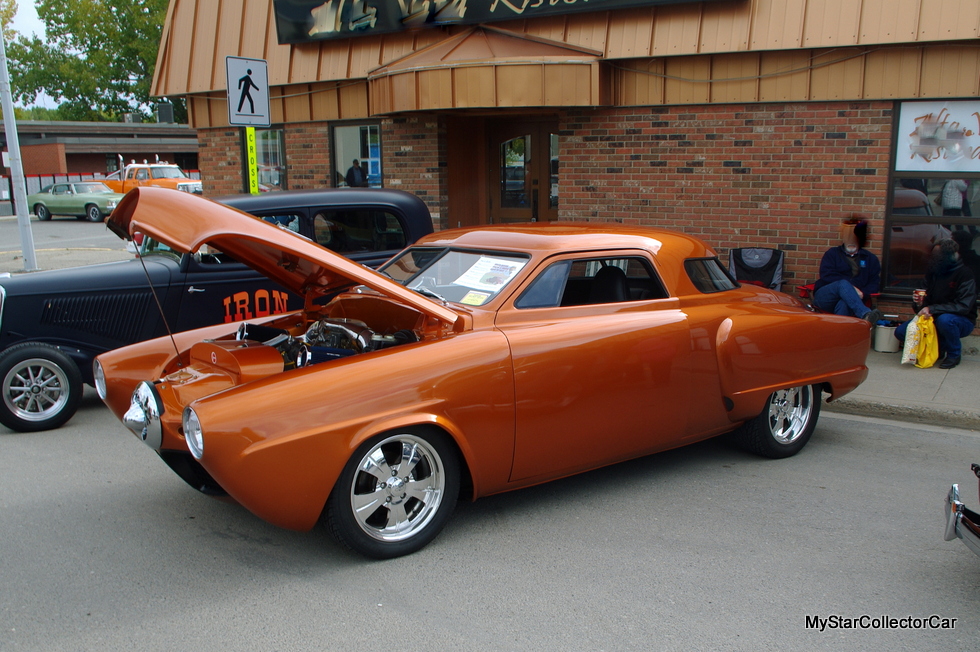 The car guy’s own height will be a consideration because a taller person may not fit comfortably behind the wheel of a chopped car, so the custom work may need to include channeling (lowering) the vehicle’s floor for more height inside the ride. The process is not easy or cheap when you add channeling to the custom feature to-do list. 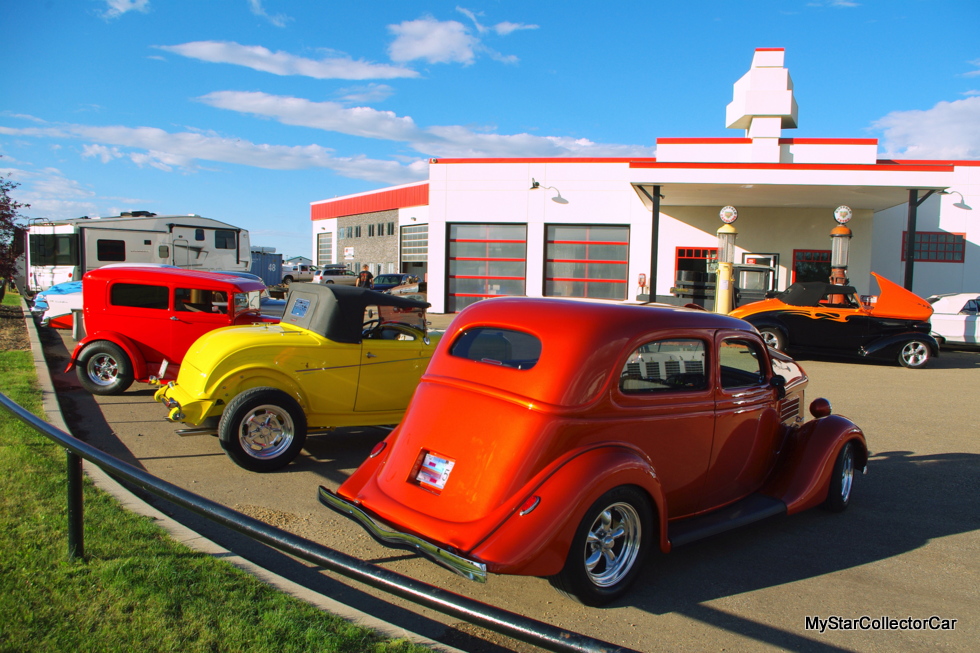 Another chop issue that also factors into the driving experience is visibility. A chop top ride used as a driver requires a different level of driving ability when it comes to awareness in traffic because they will likely have plenty of blind spots.

The next chop question is crucial: how much of a chop? What is the right amount of roof line height reduction for the ride? Only the owner can answer this question because beauty is definitely in the eye of the beholder in these situations. One car guy’s dream ride may be another car guy’s clown car when it comes to a chop. 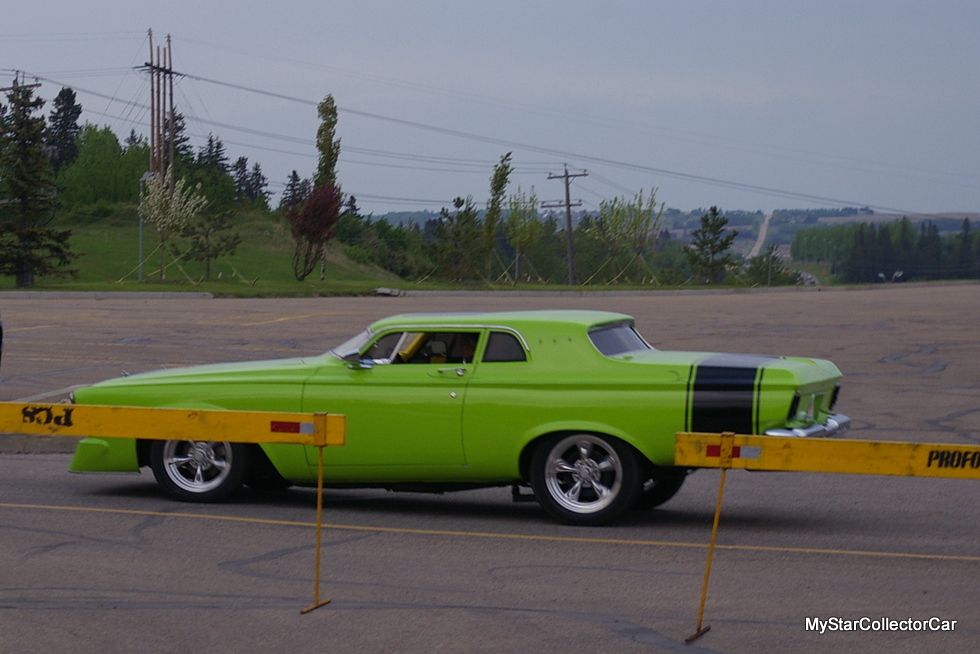 We have seen many chopped rides over the years and view them as home runs in many cases-and strike outs in others. The lead sleds and pre-war customs will always be classic chops in our opinion. A few other chops?