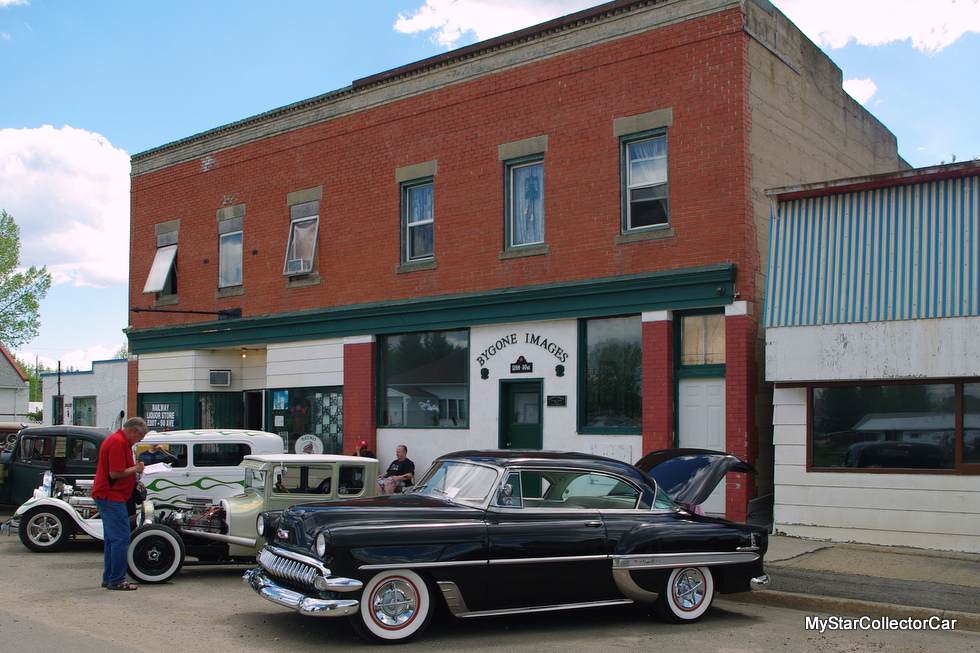 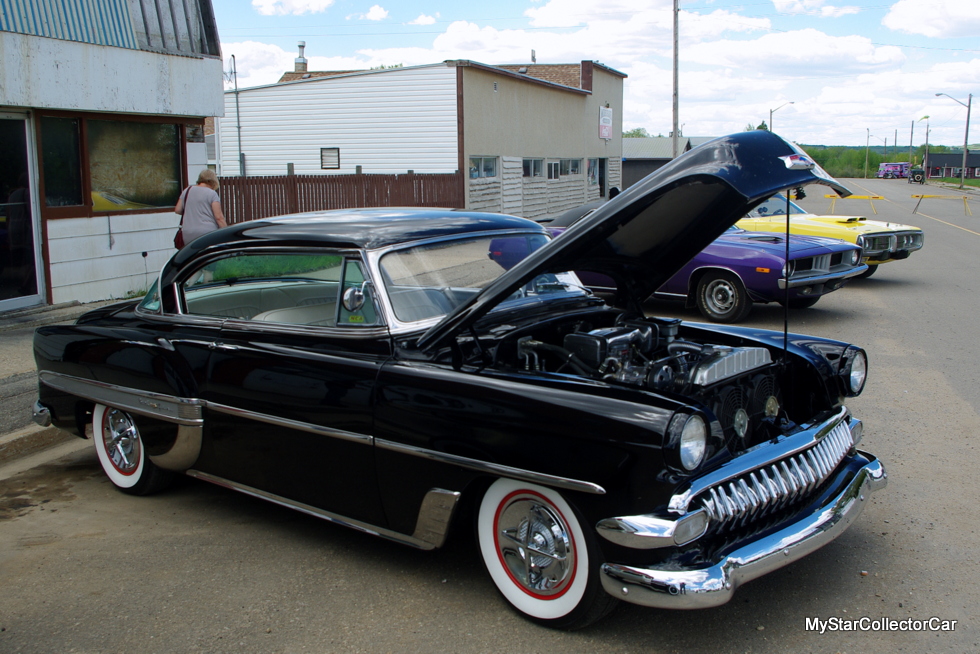 Circumstances dictate the outcome of every car project.

Money and time are the biggest factors because every project has a ravenous need for both.

Occasionally time plays the biggest role in a story and that was certainly the case with this 1954 Chevy Bel Air two-door hardtop. 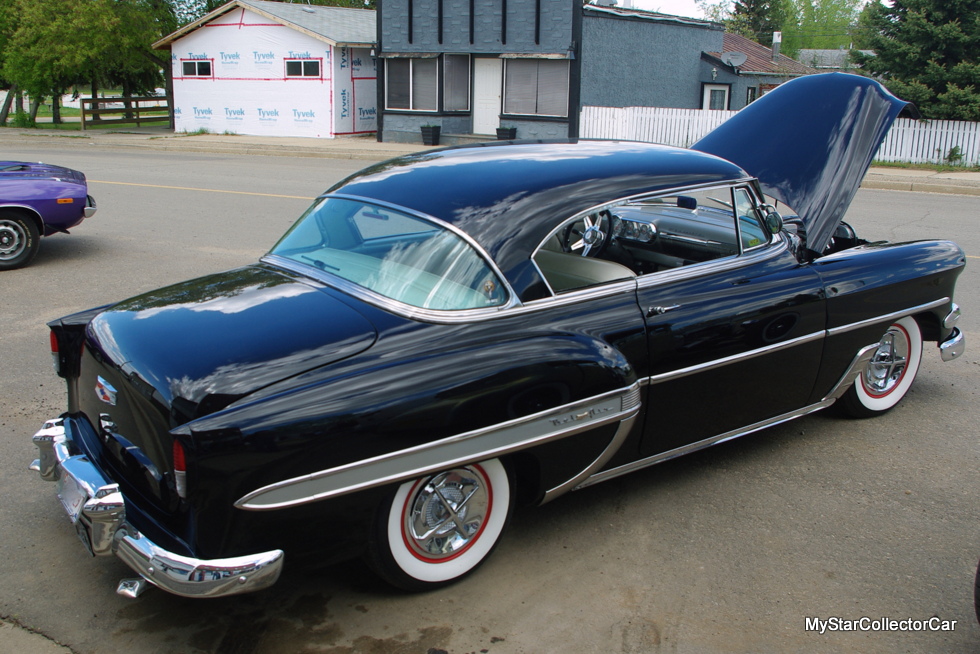 The guy who built this classic custom ride never got to enjoy a long-term relationship with his ’54 Bel Air. Jim Ada is the new owner and he explained how he “bought the car from the estate” of the builder. Unfortunately, the previous owner had a short run with his custom ride because he passed away shortly after he completed the job. 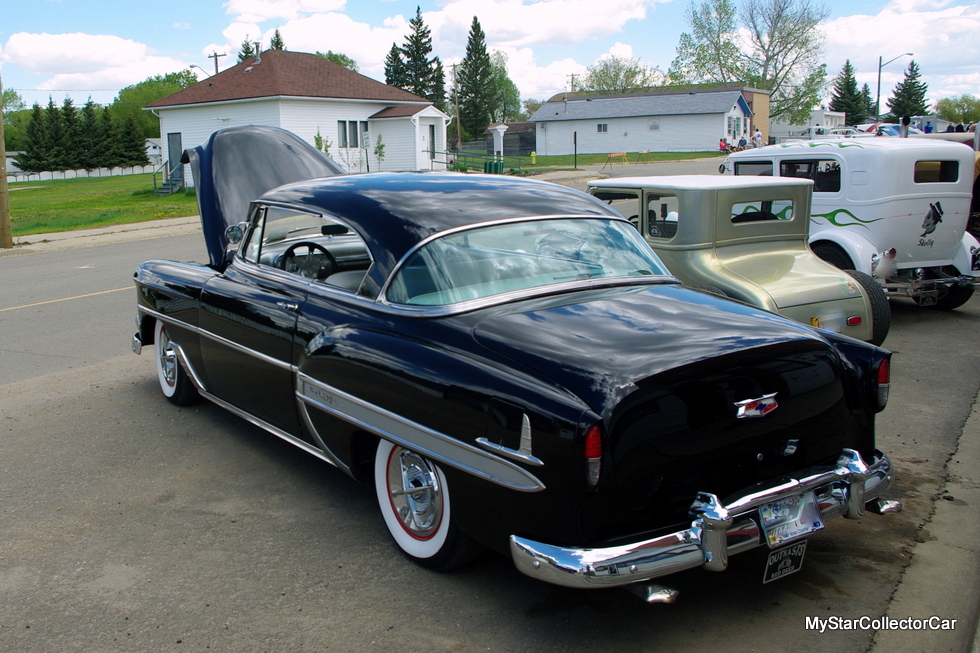 Fortunately, the former owner did get one long run to California in the Bel Air so at least he had some time behind the wheel after all the work he put into the project.

This is a supercharged small block Chevy so it has “plenty of power “and livable gas mileage (14 mpg). There are a number of period correct touched like the 50s custom wheel covers and the wide whitewall tires. The seats are original and the car has a nice blend of retro and period correct touches like the extra teeth in the grill (it has 21). 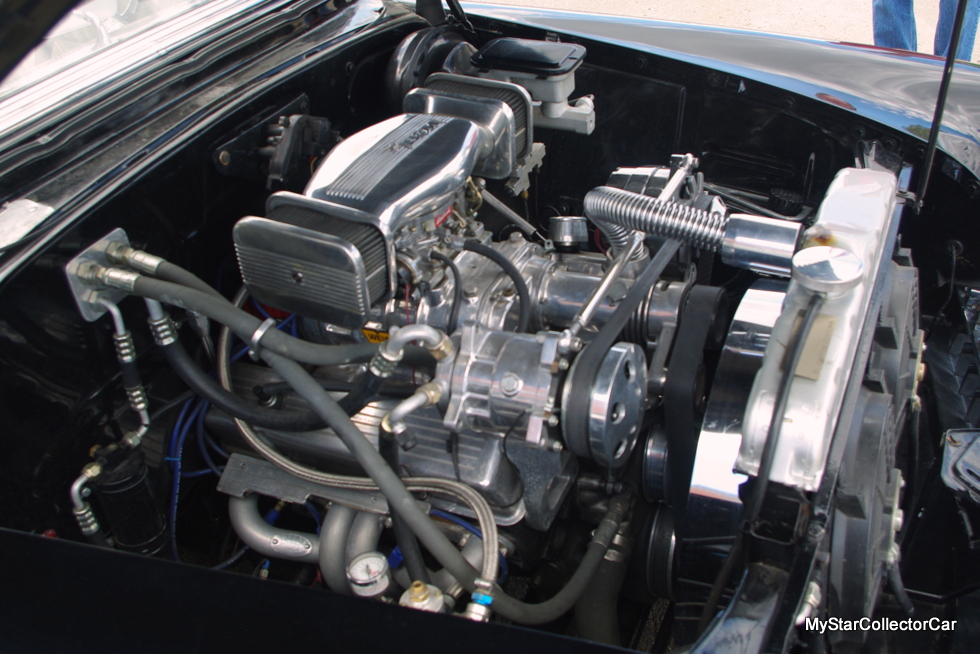 The previous owner really thought out this car because it has a Mustang II front end, air conditioning and a GM steering column.  Jim likes the idea of air conditioning but he’s a little concerned about the cooling system. The car has a fan on the front and two electric fans on the rear and it still “runs a little hot” so Jim is going to replace the radiator with a more contemporary aluminum version. 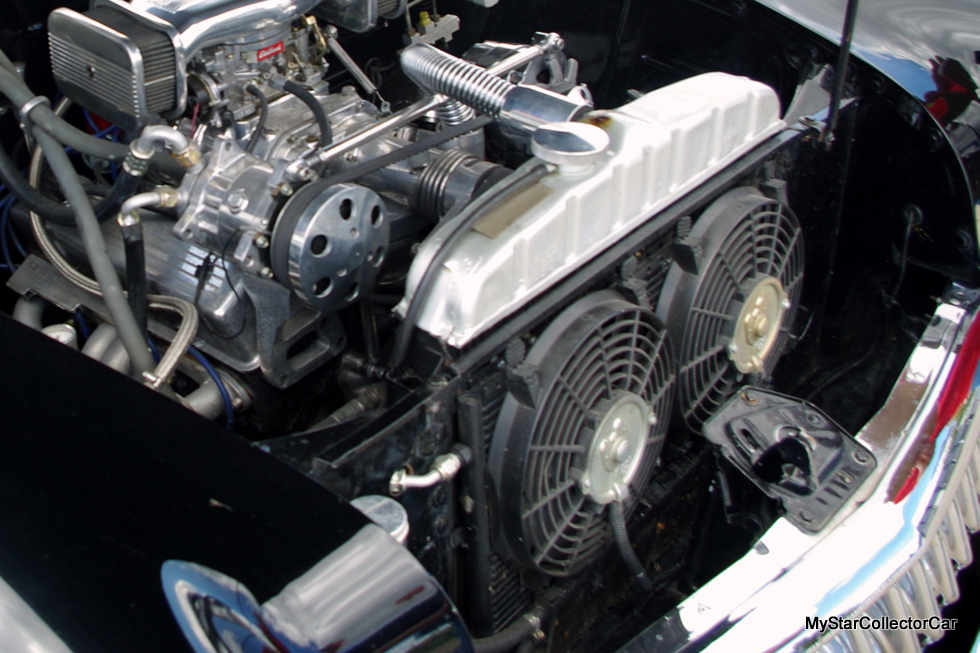 Jim wasn’t a big fan of the monster sound system in the Bel Air so that setup was an early casualty under his ownership. He prefers a more sedate setup.

He also wants to replace the window rubber because “it’s a little windy at highway speeds”. The whole shakedown process is designed to give the Jim the confidence to take the ’54 Chevy on a long fall road trip so if anything breaks it’ll happen close to home. He wants to “make sure all the bugs are out but it seems to run fine now”. 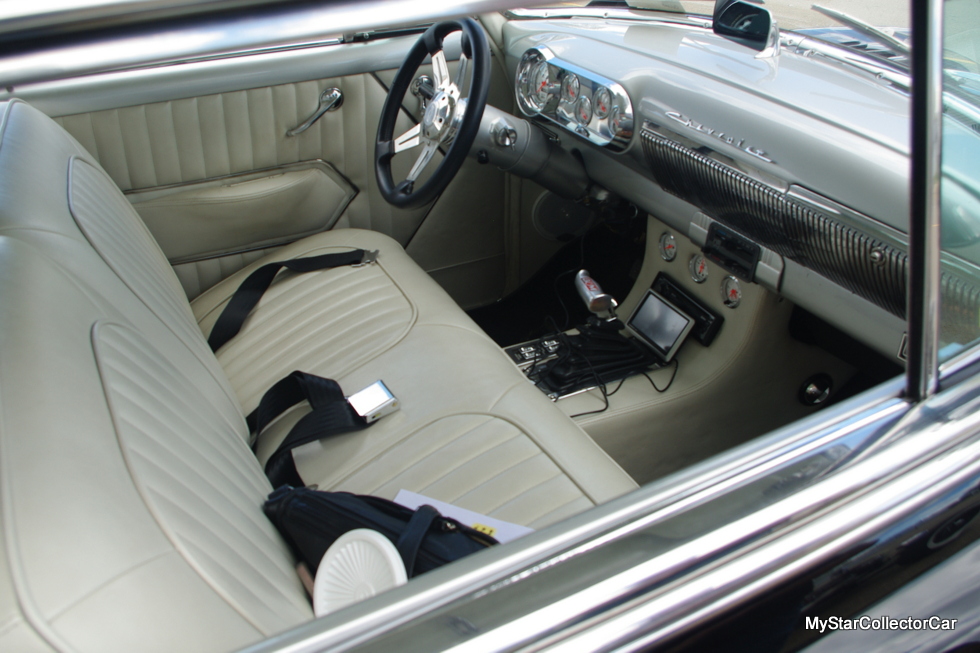 Jim likes the way the 63-year-old Chevy handles—thanks to its new tech front end it’s “really smooth” on the road. In other words, it’ll out-accelerate, out-handle and out-brake every stock ’54 Chevy ever made. 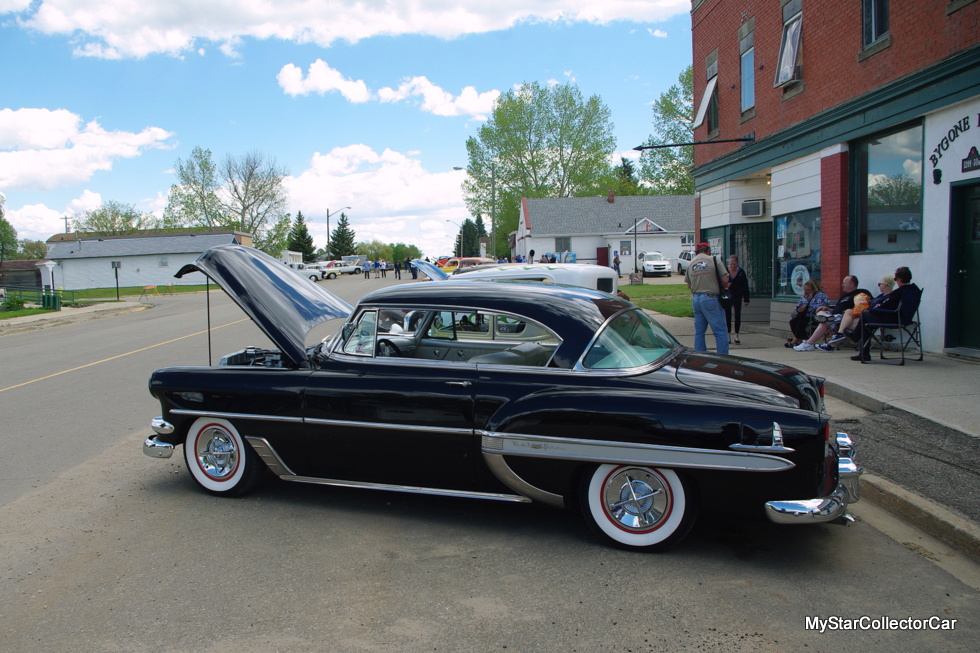 The ’54 Chevys never got the press of its tri-five Chevy cousins and that fact appeals to Jim. He admitted it’s “not like he doesn’t like them”—in fact, he’s “owned a few of them and really likes them but this car is more unique”.

This car story really has a moral to it. The previous owner put blood, sweat and tears into a very cool and unique ride but unfortunately he never had time to really enjoy the rewards of his labor. He left behind a legacy car that is in great hands but in a perfect world he would have spent much time with this Bel Air. 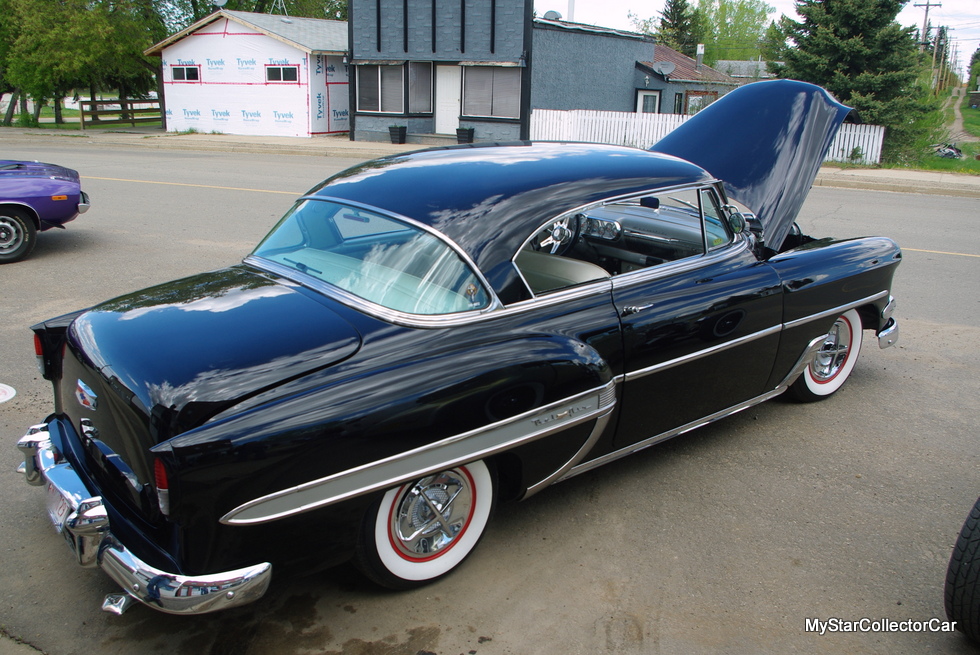 Jim knows he can honor the former owner’s legacy by putting some miles on his creation.