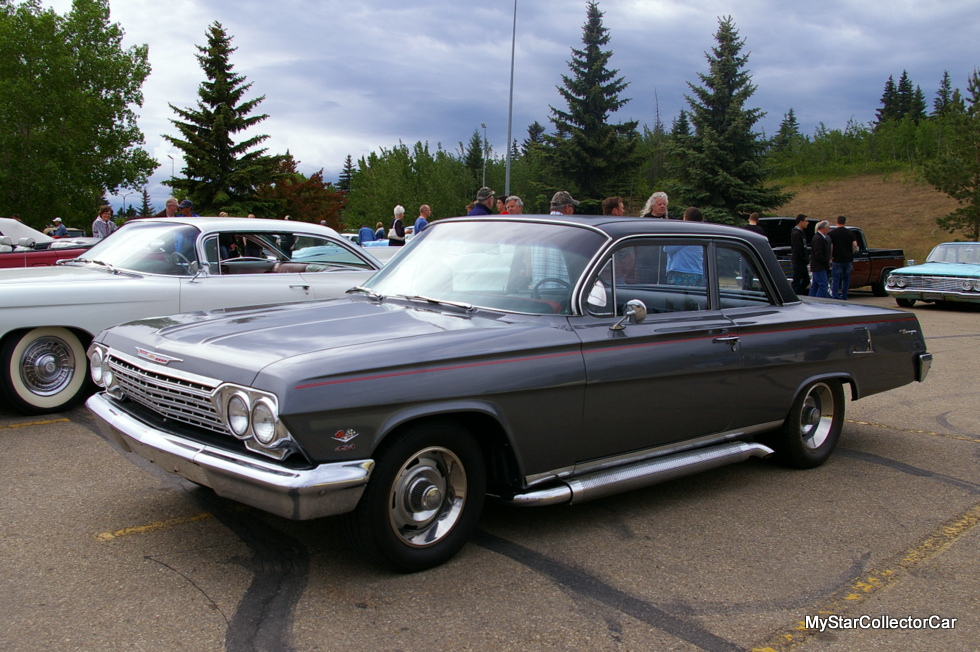 Bob Anderson owned a 1962 Chevrolet before in his life.   He drove the car and then he gave the car to his daughter so she could drive to high school in it.

“The car was a humble Biscayne with a three-on-the-tree manual transmission and 283 small block.”

It was a basic practical car that solved a transportation problem in Bob’s household during the 80s.

Eventually Bob sold the car, much to the chagrin of his son, who was a young car guy at the time and really liked the old Chevy. Bob’s son wanted to become the next owner of the family heirloom but that ship sailed on him. 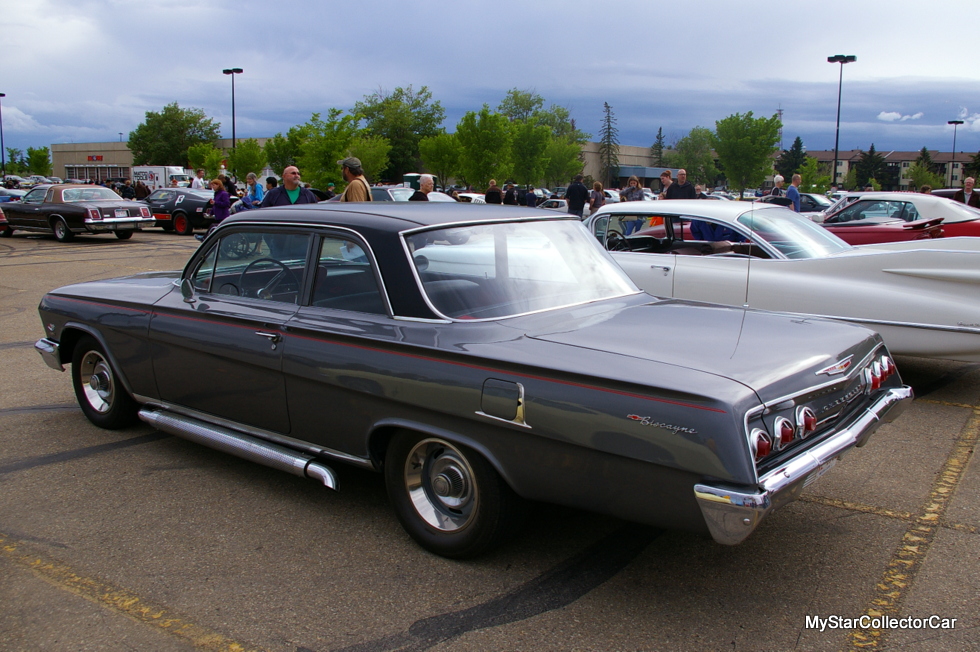 Bob also liked his first ’62 Chevy and decided he needed to buy another one. He watched the market for a couple of years and eventually he found another Chevy early in his retirement years to use for cruises to car shows. However, the replacement Chevy is a little different from his first Chevy.

The replacement 1962 Chevy is a street monster and sports a 454 big block engine. The 454 was the successor to the famous 427 rat motor and it offered even more cubic inches of menace to Chevy muscle cars, beginning in 1970. 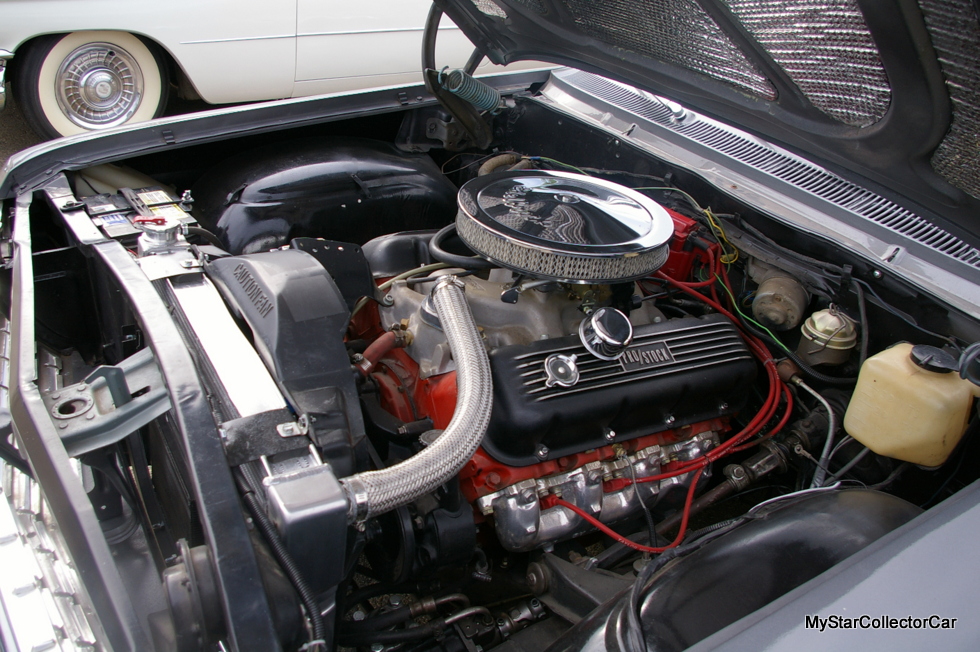 The result is a huge Chevy engine hooked up to a Chevy 700R tranny in an early 60s Chevy sedan. The combination of style and muscle is a winner in this resto mod Biscayne. We should clarify one point for our sharp-eyed readers: the extra taillights are an add-on to this car and it is indeed a Biscayne. 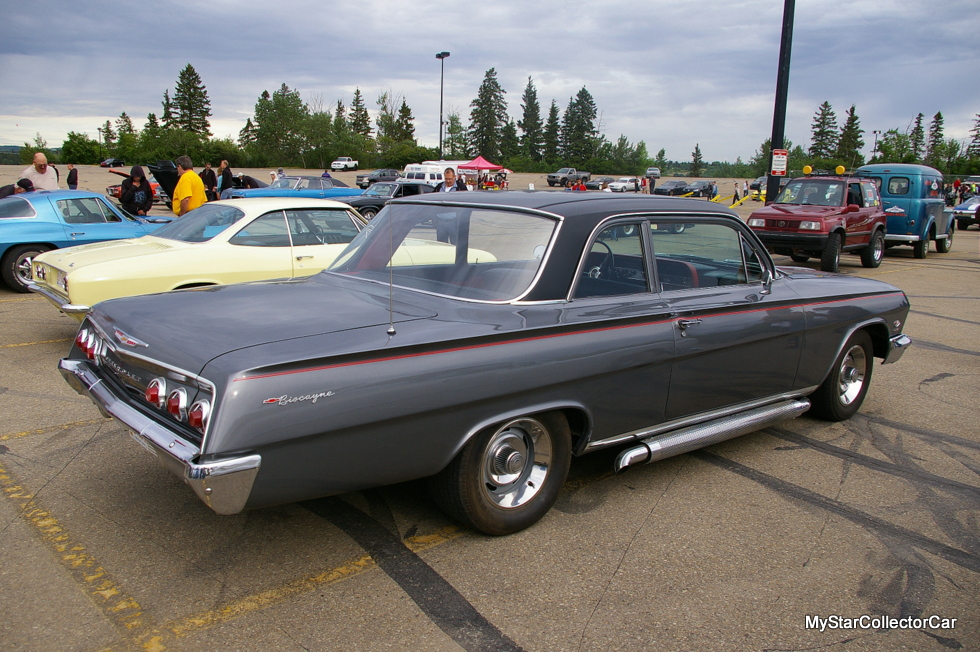 US car manufacturers had caste systems in the 60s that separated the low end models from the high end models. A 1962 Chevy Biscayne was a base model and lacked the trim features of a higher end Impala, including the number of tail lights on the cars. Two tail lights meant Biscayne and three tail lights meant Impala.

Bob’s car has a huge power-train upgrade and he bought the car basically in its current configuration, but Bob is a serious wrencher who has worked on plenty of cars since his youthful days. He knows his way around a car and just wanted to get back in the game with this Chevy, even though he did not do the work. 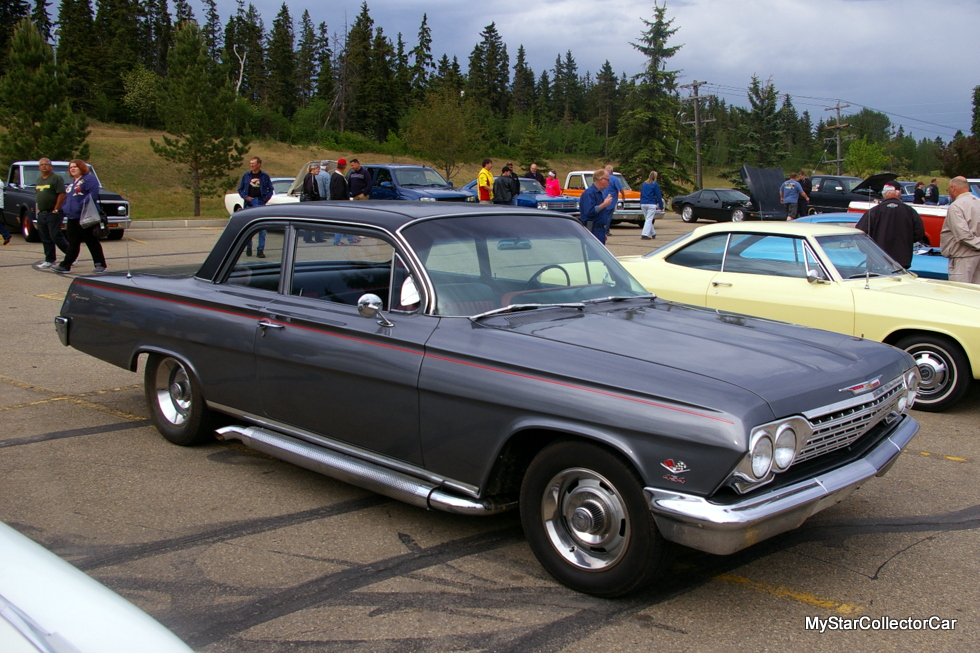 However, it was pretty obvious Bob has a personal game plan for the car. Right now he just wants to drive the car and enjoy it for a while before he puts his own stamp on the car. His only modification at this point was to swap out the twin electrical fan system for a larger 18 inch flex fan.

He noted the car still has a single master cylinder so one might expect to see a big upgrade to the brake system in the future. After all, we have plenty of winter to work on cars and much less summer to drive them. 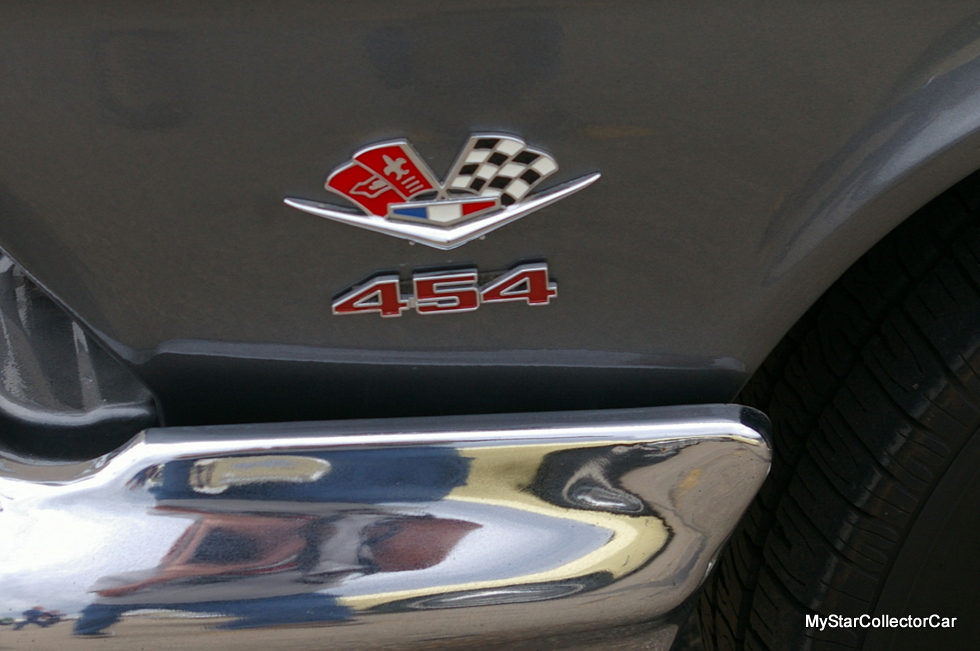 We at MSCC believe Bob already has the best game plan figured out for his ’62 Chevy: drive it in the summer and tinker with it in the winter.

It is the best possible world for car guys.