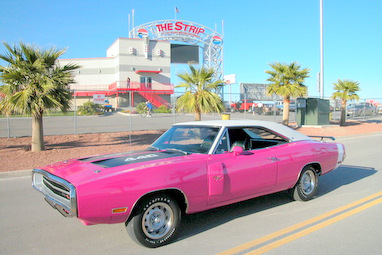 Peter Swainson has lived and breathed cars since he was a kid.

He used to hang around dealerships just to see the new iron come in and he was often kicked out of the new cars simply because he was drawn to the view from behind the wheel.

One of his happiest memories was when his dad bought a local Chrysler dealership (one of the stores that kicked him out) and the Swainsons became the proud owners.

Since then Peter bought the world’s rarest Charger-a 1 of 1 RT with the 440 Six Pak option. 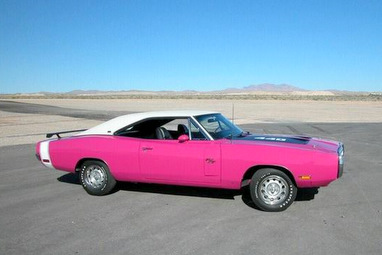 Pete first heard about the pink Charger from a local guy named Kori Alexander. He’d seen the car at a car show in the 1980s and he knew that his combination was rare-so rare that he urged Pete to pursue this odd combination of Charger, engine and color. Pete had told Kori that he was looking for something “cool and unique”. This car fit that description like a glove.

Peter went after the RT in 1992 after tracking it down in Saskatchewan Canada–he finally bought it in 1995 on the 3rd try after the owner decided he “needed a new piece of farm equipment”.

Pete made a very significant discovery when the found the broadcast sheet under the back seat. One that confirmed the unique combination of options that was actually a mistake-the original owner had ordered another color and only relented on the deal when the dealership got out a sharper pen on the price. 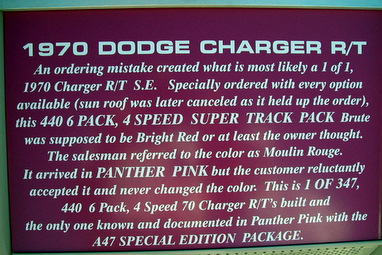 The car underwent an extensive restoration under the expert guidance of Kori Alexander and in 2002 Peter was invited to display the pink Charger under the tent at Carlisle. The Mopar magazines were all over the car and it ended up being a cover story in 2 major publications. The best part of the story is that the original owner –the guy who bucked at the pink paint when it was new, got to see the car in better than showroom glory again. 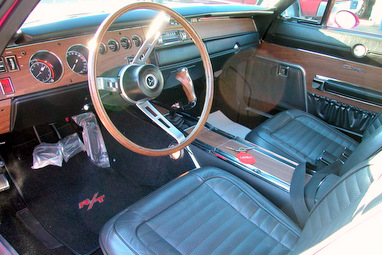 The Charger is so well known Jay Leno not only knew about it he called it the Mary Kay Charger during a conversation with Pete.

Recently Peter started thinking about the RT and the fact that it wasn’t being exposed to a wider audience plus he’d seen a 1971 GTX Hemi back in 2005. The key number was 1971-the same year his family took ownership of Southside. And it was a Plymouth so when the car came up for sale Pete did what all logical car guys do-he thinned the herd to buy his dream car.

The pink RT was for sale.

Peter was initially contacted by a guy he didn’t know much about so he called a trusted buddy who steered him away from the would-be buyer. Instead Peter ended up selling the Charger to a Silicone Valley guy for exactly the asking price of the hemi GTX. The guy blinked at the price but he was getting the world’s rarest Charger in return so the deal was done.

Peter does miss the notoriety of the pink Charger RT but in reality, the 71 GTX is more significant to him-that’s why he sold the world’s rarest Charger.

Because 1971, not 1970 marks the year Peter stopped getting kicked out of showroom cars.