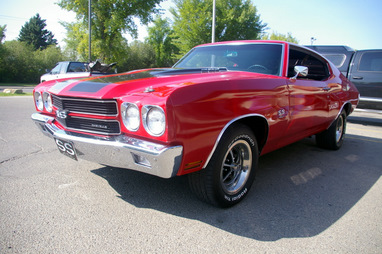 That’s not a startling statement in itself because there are at least 10 million red—blooded guys with the same wants and desires.

It’s a lot like asking how many guys would like to spend a weekend with a prime time female Hollywood star or Sports Illustrated swimsuit model-the line forms to the left and it stretches past the horizon.

You can’t overstate how many times reality knocks out the privilege of owning something like a new Chevy super car. Larry bought his car on a stretched out budget after working pipeline construction to buy that car.

Like most construction work it paid well but not for long, so Larry and his dream car parted ways. 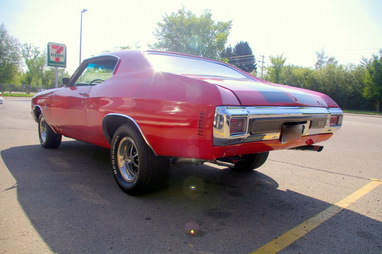 Larry went on to higher education and subsequent commitments like the operation of his own business-good bye classic Chevelle.The SS 454 was put on the back files of his memory bank. But they were permanent files so when Larry realized that he could afford to jump back into the game after years of sacrifice for his family and the business he did what red blooded guys do-he bought his car past back.

This is not the same car but it’s a sibling of the one that he cut loose back in the 70s. This car was far from perfect with a rough body and typical roof damage from a vinyl roof option plus some mystifying modifications to the dash but Larry persevered. 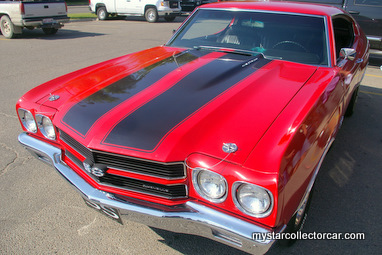 It’s really close to perfection now (missing some minor hood trim-it’s ordered) so he is one of those lucky guys that gets to right a wrong from the past.

Old cars are like a form of time travel so when guys like Larry can travel back and solve a problem from the past like losing a classic Chevelle SS454 to financial issues it really is a victory for car guys and gals from across the globe. 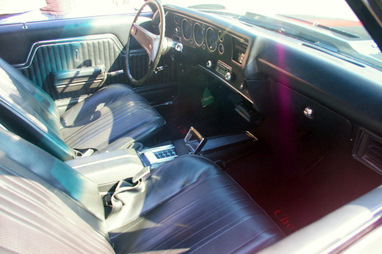 Larry regrets the short relationship with his first SS but this one is like an old-fashioned marriage-a lifetime commitment.

The car stays this time and in a way that’s a victory for broken-hearted old car guys everywhere who lost the first one.