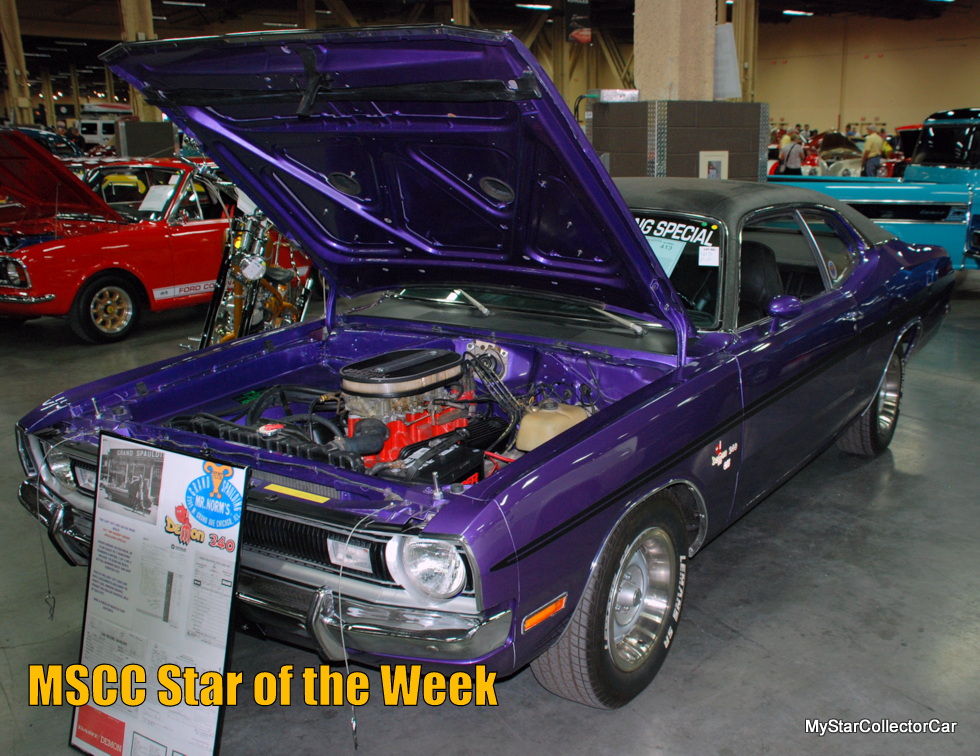 Mopar muscle cars are one the most consistent appreciating assets on four wheels.

They hold value like a bar of gold plus you can pound the liver out of your investment and it’ll keep coming back for more.

The Hemi Cudas are the high water mark for Mopar muscle but there are rarer examples.

Examples like this MSCC Star of the Week 1971 Demon GSS (last one ever produced)—you think that Hemi Cuda is rare? 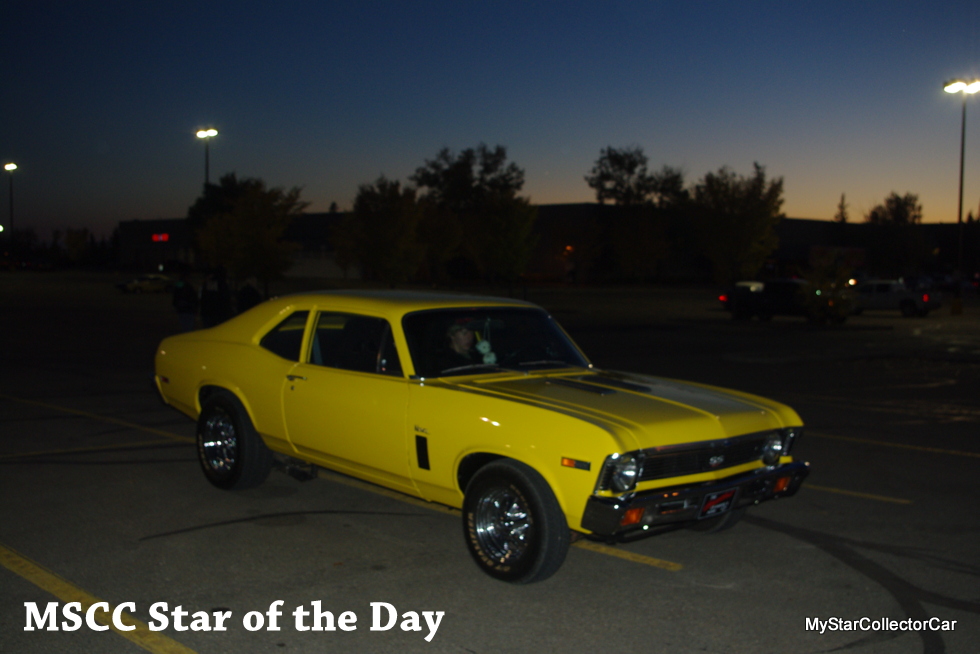 MSCC NOVEMBER 19 STAR OF THE DAY: NOVA—THEY WERE A LOT MORE THAN A LIBRARIAN’S CAR

The Nova began life as a Chevy II.

Chevy II was the rear wheel drive entry to the econo-box race in the early 60s and they were aimed at frugal, sensible buyers like teachers or librarians.

That all changed the first time someone put a small block V-8 under the hood of these lightweights.

This MSCC Star of the Day Nova proves they were a lot more than a librarian’s car. 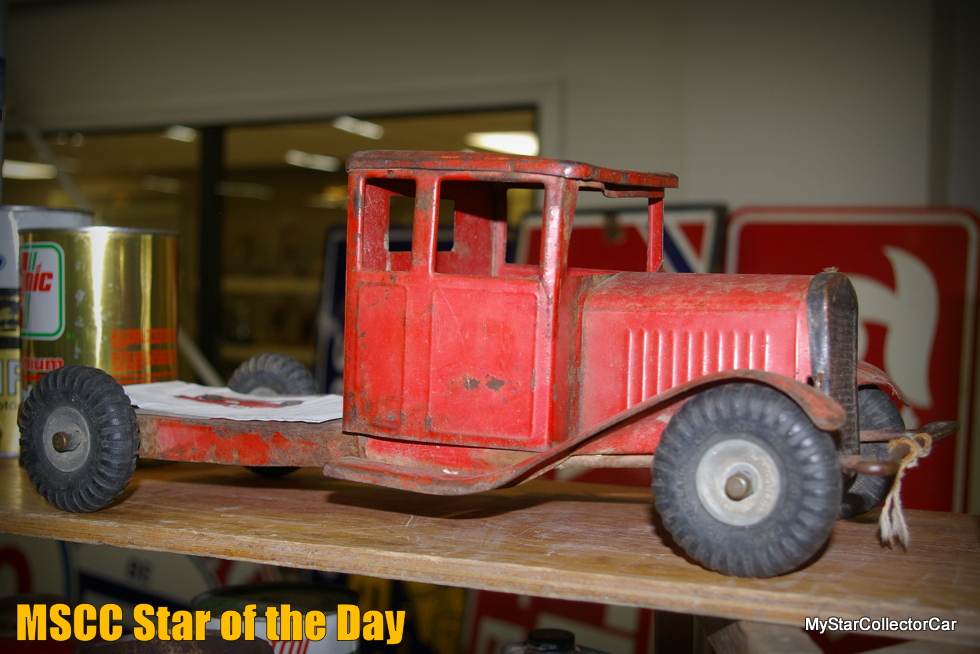 MSCC NOVEMBER 18 STAR OF THE DAY: VINTAGE TOY TRUCK—KIDS, THIS IS THE REAL DEAL

Kiddie toys have definitely evolved over the days.

Today’s kid really doesn’t want a real world toy—he wants a virtual world toy where he can fight battles on his Xbox 360 against super powered zombies in the comfortable, bubble-wrapped cocoon of his parent’s basement.

That’s not a toy—that’s a comic book with simulated humans that move.

This MSCC Star of the Day vintage toy truck is made out of metal and kids—this is the real deal. 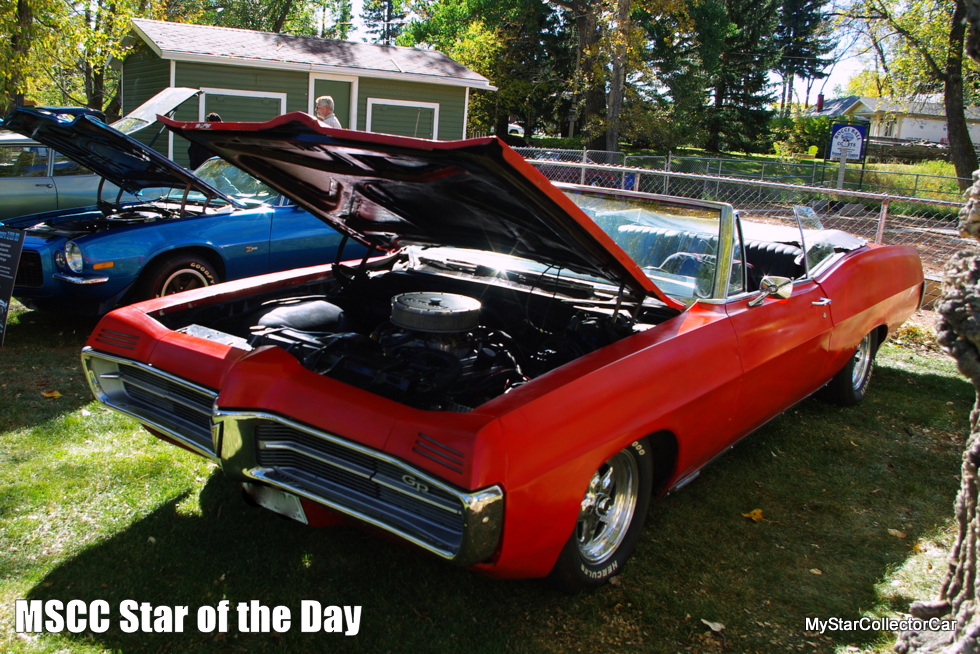 Convertibles can be a mixed blessing.

They are at a James Brown level of cool but they have very real limitations.

Anyone who’s ridden in the back seat of a convertible doing 75 miles per hour can vouch for the wind tunnel effect and few people would survive the topless experience on a hot August afternoon in Arizona but that’s not the point.

The point is found in this MSCC Star of the Day ’67 Pontiac Grand Prix convertible because it embodies the best of the convertible—the open roof and the open road. 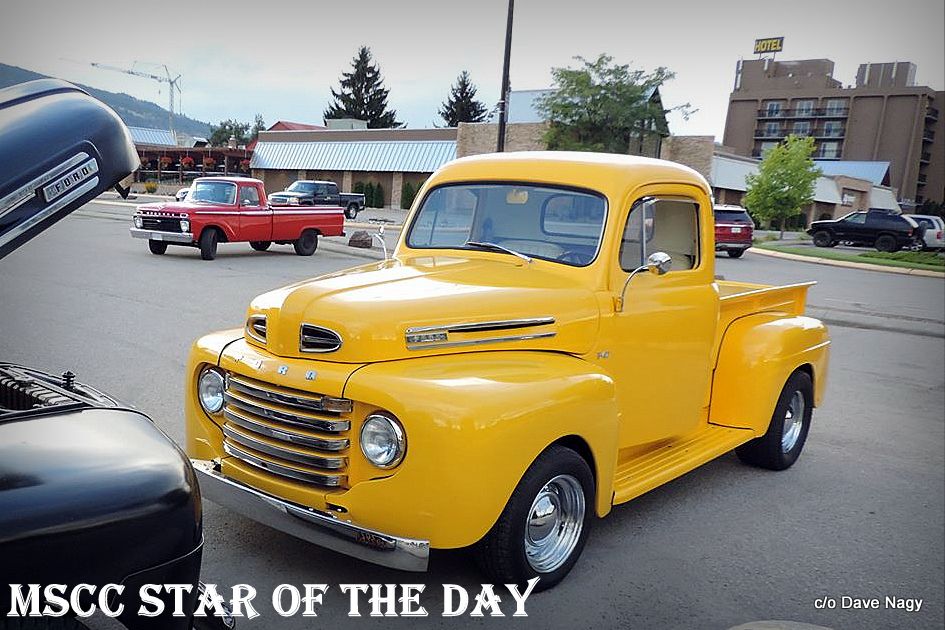 The 1953-’56 Ford truck era is the gold standard for classic pickup trucks.

They were clean, functional trucks and the flathead V-8 option gave them a big advantage over their competitors until 1955.

1953-56 was a great run for Ford trucks but generations before and after were impact players too.

The MSCC Star of the Day Ford truck was a generation before the ’53-’56 era and the Merc truck in the background came two generations after so the cool factor flowed through 4 generations. 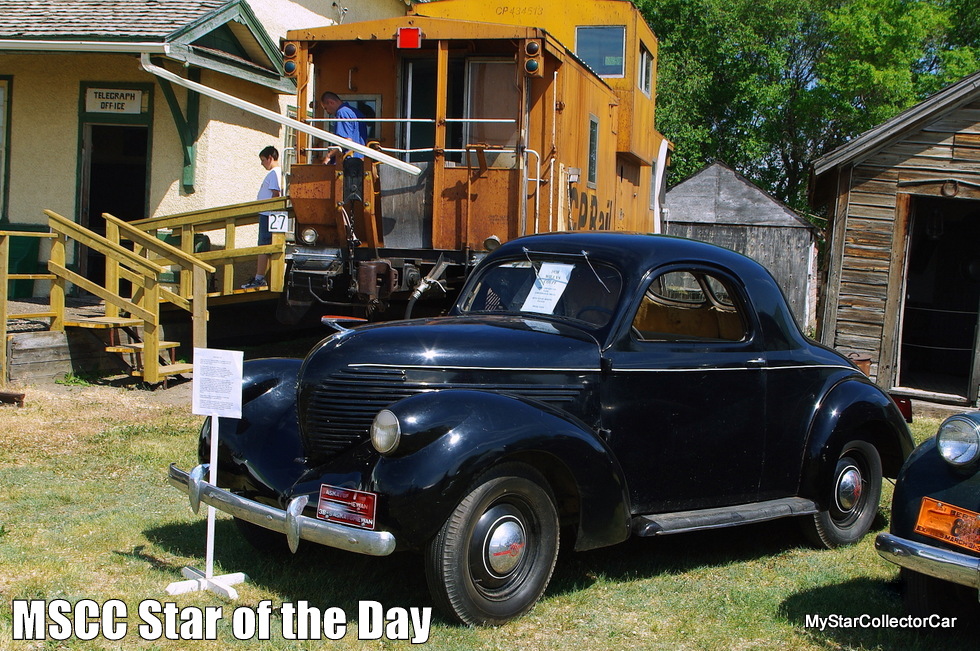 MSCC NOVEMBER 15 STAR OF THE DAY: ’38 WILLYS COUPE—THIS ONE ESCAPED THE ¼ MILE GUYS

Willys coupes graduated from sensible econo-box status to monster status the day a visionary guy spotted a new upside to these unassuming cars.

Big blocks turned a Willys into a beast and the short wheelbase made them unstoppable at the track so one by one these cars were found, built-up and unleashed on would be challengers.

They didn’t make a lot of Willys coupes and those that survived rarely stayed stock.

That’s what makes this MSCC Star of the Day ’38 Willys coupe so special because this one escaped the ¼ mile guys. 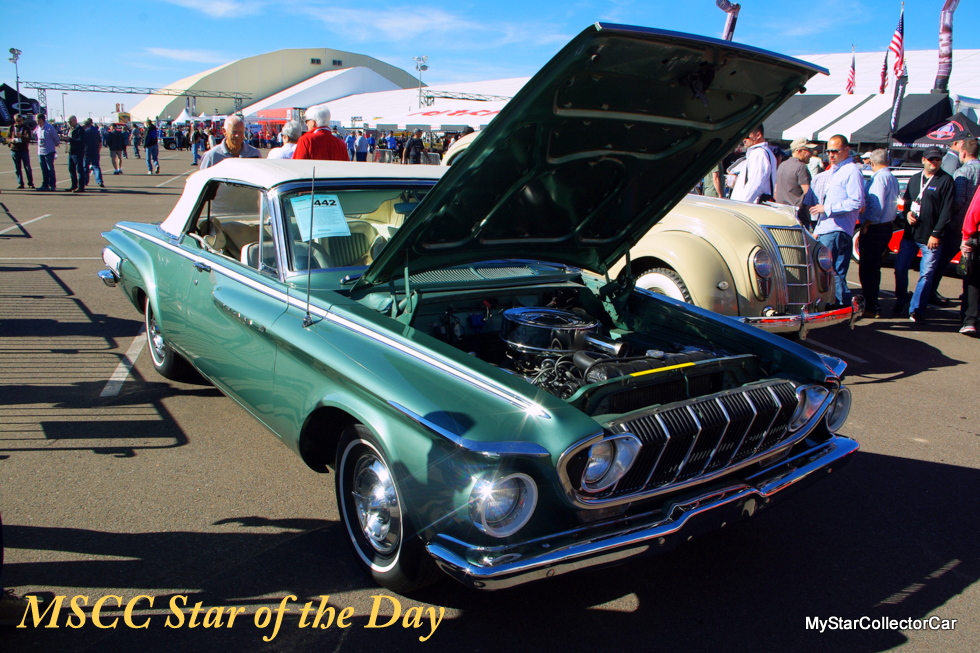 MSCC NOVEMBER 14 STAR OF THE DAY: ’62 DODGE POLARA CONVERTIBLE—THE DAWN OF THE B-BODY

The B-body Mopars were some of the most respected vehicles ever built.

They were indestructible in the tough world of fleet vehicles so B-body taxis and police cars were common sight in the 60s and 70s.

The revolution began in 1962 with cars like this MSCC Star of the Day ’62 Polara convertible—the dawn of the B-body.