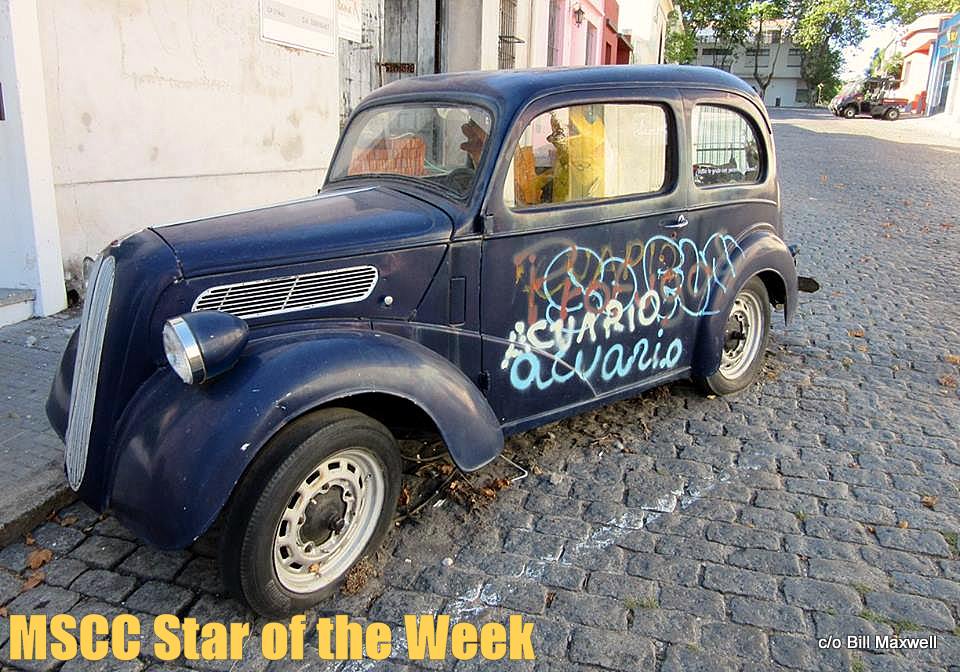 MSCC MARCH 27 STAR OF THE WEEK: ANGLIA—THEY KEEP THEM STOCK IN COLONIA, URUGUAY

These little Brits were gobbled up as prime candidates in the then-new NHRA Gasser class.

‘Ford built them for the European market but they were extremely disposable cars in North America until   go-fast guys picked up on their light weight, American pedigree and wheelbase and turned them into monsters on the track.’

This MSCC Star of the Week Anglia escaped the clutches of the drag racers because they keep them stock in Colonia, Uruguay. 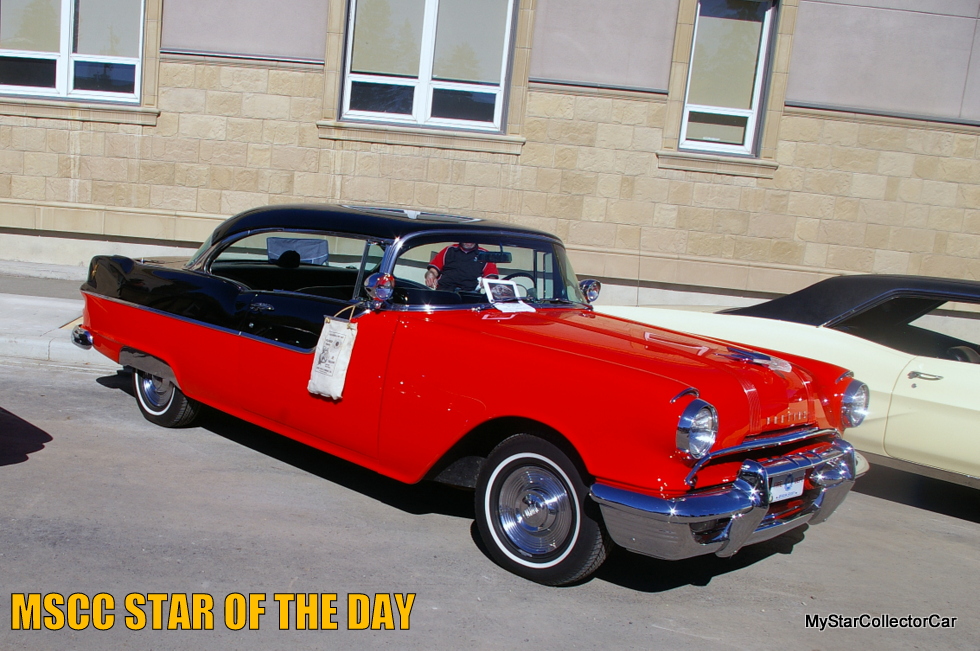 The Depression Era wasn’t known for innovation because people were more concerned about their next meal—not a better mouse trap.

The key was survival and the guy with the best tools for survival did better than the guy who didn’t have the same tools.

‘These were simple tools like the desert water bags that hung off the front of the cars and trucks of the 1930s  because they kept your water cool on those long migrations to a better place plus they were invaluable when that Tin Lizzie inevitably overheated.’

This MSCC Star of the Day is a ’56 Pontiac with a Depression era desert water bag option. 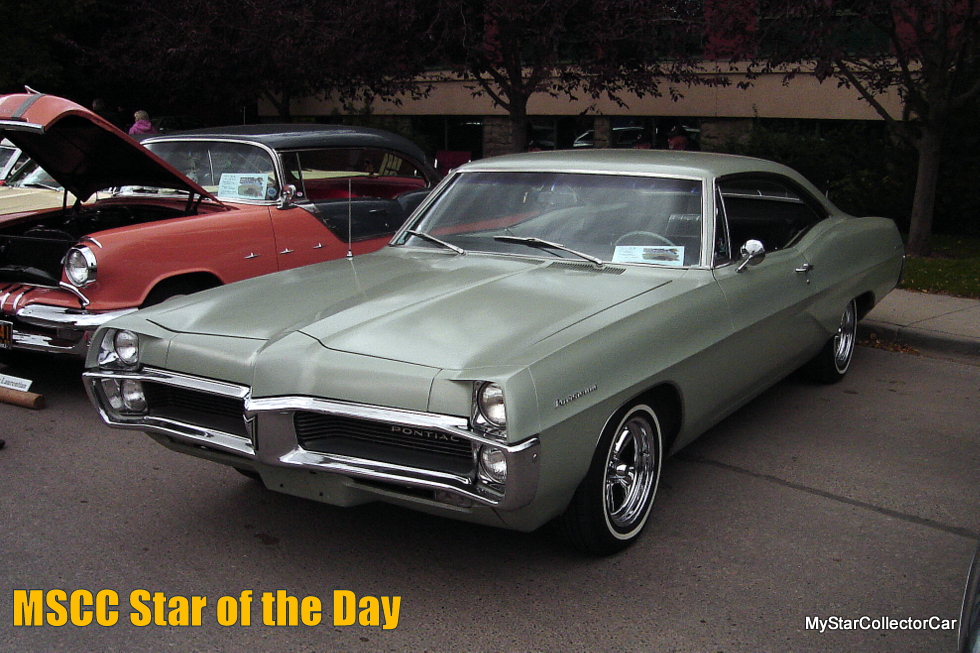 Americans are often puzzled by the strange names for Canadian car and truck models.

Mercury and Fargo trucks look like Fords and Dodges with strange badges.

‘Familiar names like Ford Falcons become Frontenacs north of the border and a ‘56 Ford Crown Vic becomes a ‘56 Meteor Rideau in the land of official English-French bilingualism.’

This MSCC Star of the Day ’67 Pontiac Parisienne two-door hardtop is the perfect car name for a bilingual country. 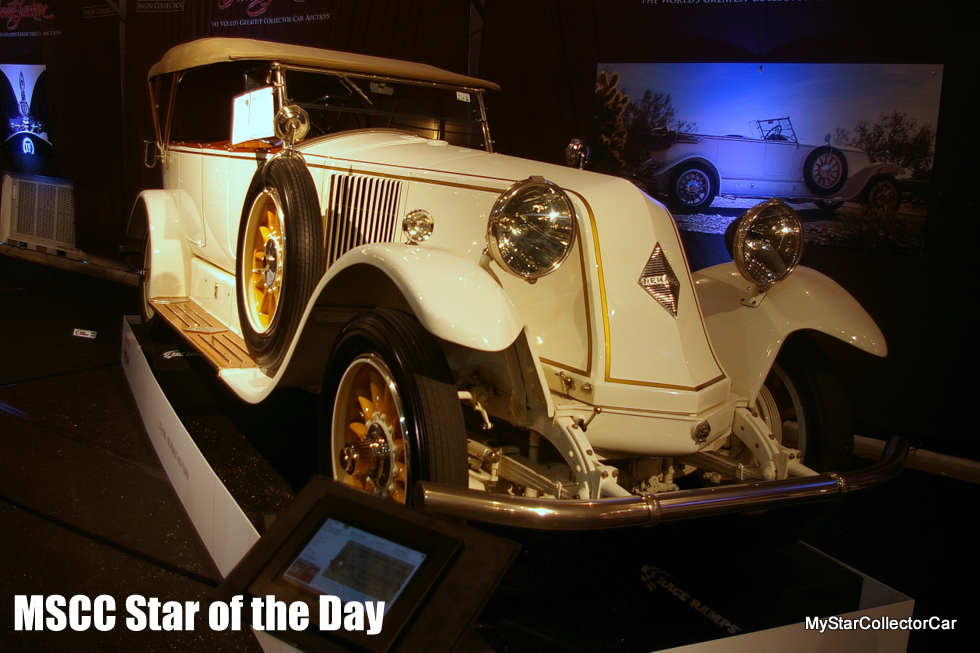 MyStarCollectorCar isn’t bound by any particular rules except for the “it has to be a car or truck—not a motorcycle” rule.

In other words, anything goes if it has a defined steering wheel but the best part is the learning about new iron process.

‘This car cost more than a Rolls Royce but it was a high-tech rocket in 1925 with a 140 hp 6-cylinder engine 24-hour average speed of over 100 mph and set a closed course record of 107.9 mph plus it had state of the art brakes and handling.’

The MSCC Star of the Day is a 1925 Renault 40CV Tourer and it’s part of the MSCC Car Guy Continuing Education Program. 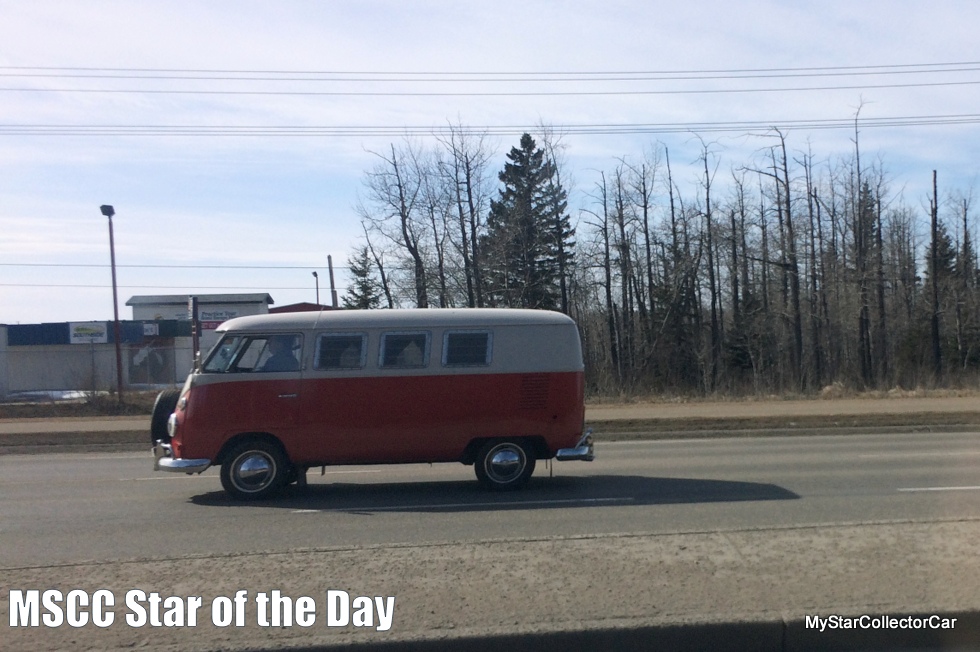 The VW van was synonymous with the flower child generation.

‘Check out any film footage from a late 60s rock concert (Be-in, Love-in—whatever the popular term was for getting high with ten thousand of your closest hippie friends) and you’ll see a VW van.’

These little workhorses were great for a leisurely hippie run to San Francisco back in the 60s because they were cheap and roomy but recent trends have sent these vans into stratospheric price ranges.

This Star of the Day is a VW van on the street last weekend—the best investment a hippie could make. 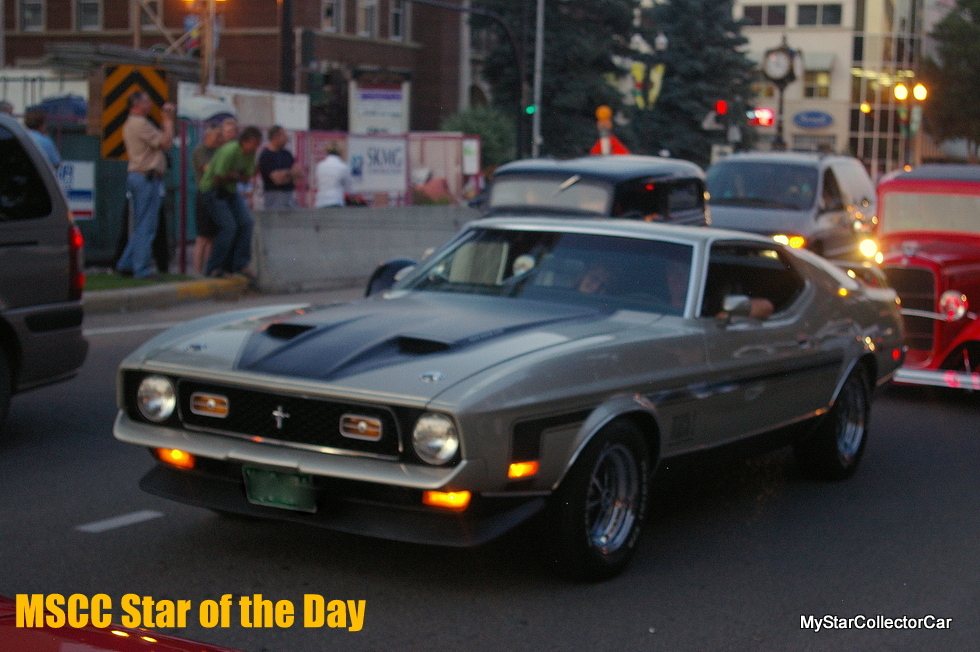 The Ford Mustang was an earth-shaker when it debuted in ’64 even though it had heavy competition from a former bar band called The Beatles.

The Mustang could do no wrong for the rest of the 1960s because this little pony car evolved into a stallion by the time the monster Boss 429 debuted in 1969.

‘The 1970s beckoned and with that new Me Decade came changes so the familiar Mustang profile evolved into the “flatback” instead of the fastback thanks to the 14 degree pitch on the rear window but sales were weaker during the ’71-73 era.’

This MSCC Star of the Day ’71 Ford Mach I was on the street back in 2009 where it gave a people a good look at here comes the 70s. 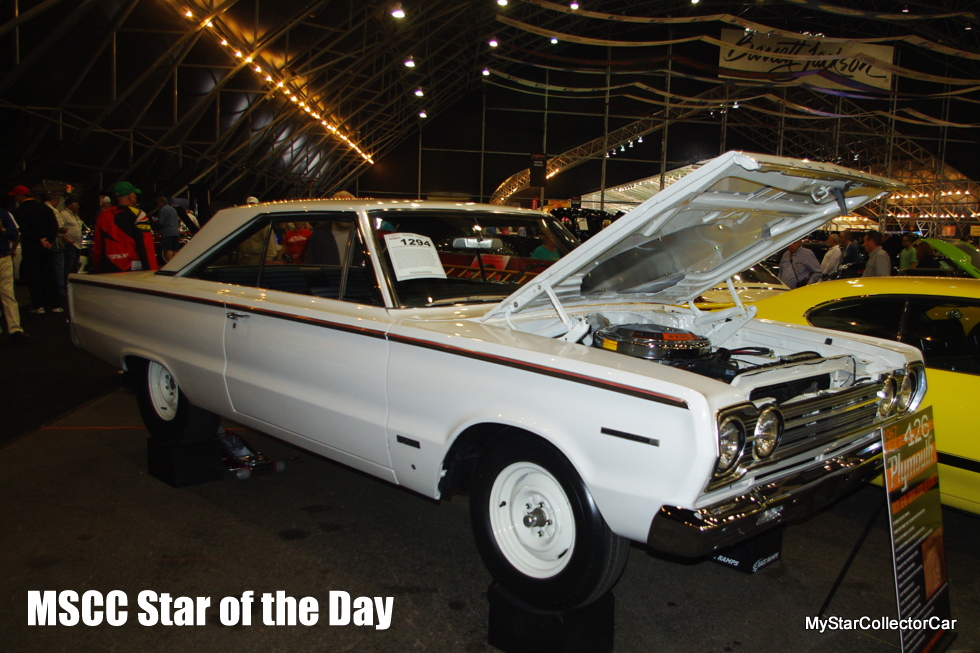 Aerodynamics entered into the automotive design equation in the 1960s.

Manufacturers were factoring drag coefficient into their cars because a more slippery car is a quicker, more efficient car.

,Chevy led the way with the revised Vette, Chevelles and Camaros and Ford followed with variations on the Mustang and Torino but Mopars relied on brute force to get their boxy-looking cars up to insane speeds.,

This MSCC Star of the Day ’67 Belvedere II factory Hemi Super Stock was a car that wasn’t dainty—it punched its way through the air.