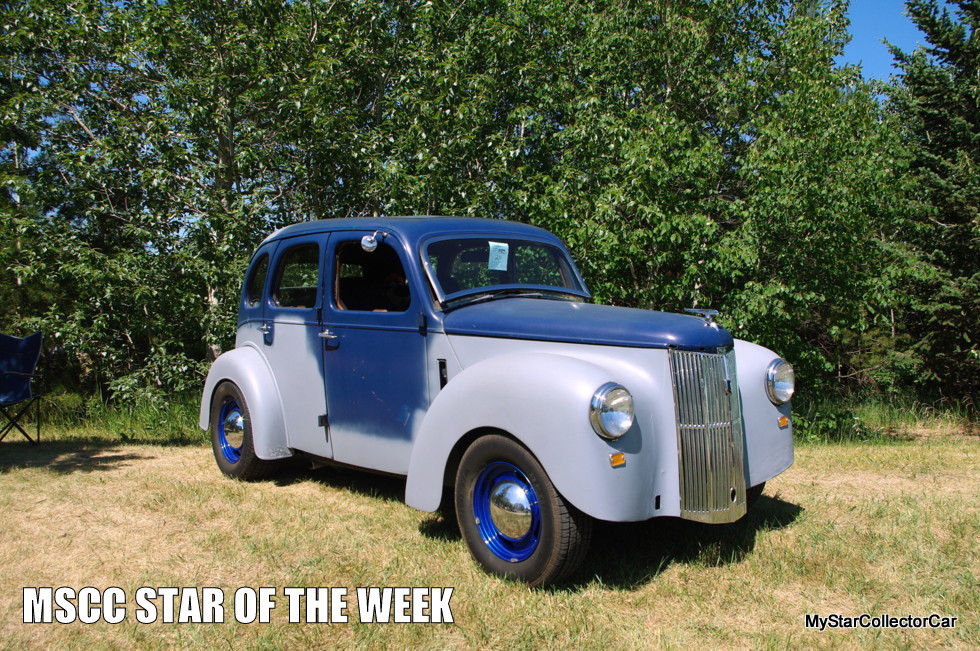 British econo-boxes were a favorite for the ¼ mile guys back in the early 60s.

Anglias with massive big blocks were a natural fit for the (then new) Gasser class but other cars from the UK made the grade on the ¼ mile circuit.

‘You’d see Austins and Morris Minors at the track with obvious non-factory stacks coming out of the hood and giant slicks because these lightweight Brit rides responded well to automotive steroids.’

This MSCC Star of the Week is a 1948 Ford Prefect because before they became juice monkeys, they were pretty sedate cars—this one is a great example. 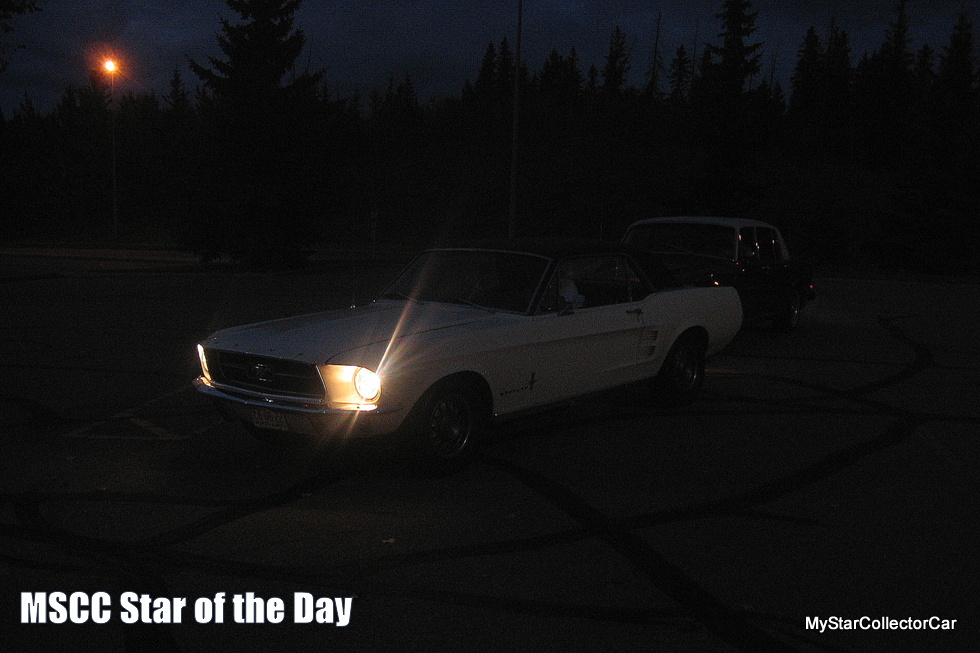 MSCC JANUARY 2 STAR OF THE DAY: MUSTANG—LIFE AFTER DARK AT A CAR SHOW

There’s an unwritten law at car shows—get home before dark.

Nobody really knows why.

‘There are many theories—things like 6-volt vintage headlights combined with wonky old generators are scary at night, the age of the average car guy makes him fear darkness, it’s easier to work on an old ride in daylight or there’s simply no point to a car show when you can’t see the cars.’

This MSCC Star of the Day Mustang is a pretty cool example of what life is like after dark at a car show. 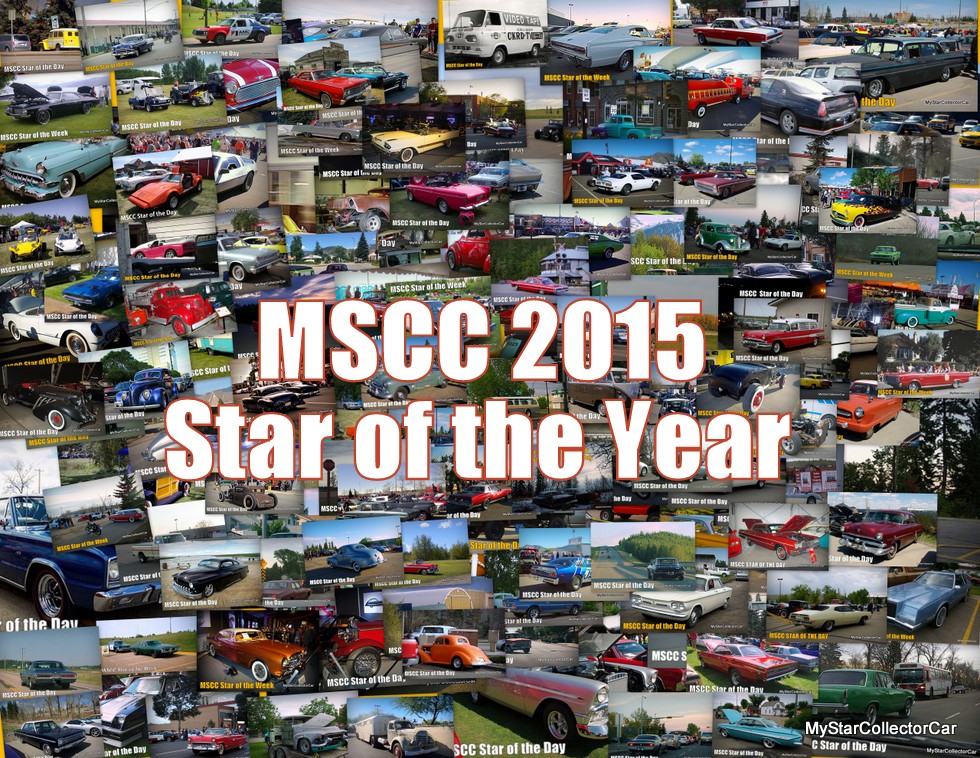 MSCC JANUARY 1, 2016 STAR OF THE YEAR: THERE WERE 364 POSSIBILITIES BUT IT REALLY CAME DOWN TO AN OBVIOUS CHOICE

There is literally a Star born every day at MSCC with the daily choice for Star of the Day.

‘The only real consideration is pretty simple—there has to be at least 4 wheels and that rule has been broken a few times over the years because a pedal bike once made MSCC Star of the Day.’

There were literally 364 possibilities for 2015 MSCC Star of the Year but it really came down to an obvious choice.

The MSCC Star of the Year is every Star of the Day from 2015 because without the hard work and dedication to the old car hobby from the owners there wouldn’t be a car hobby. 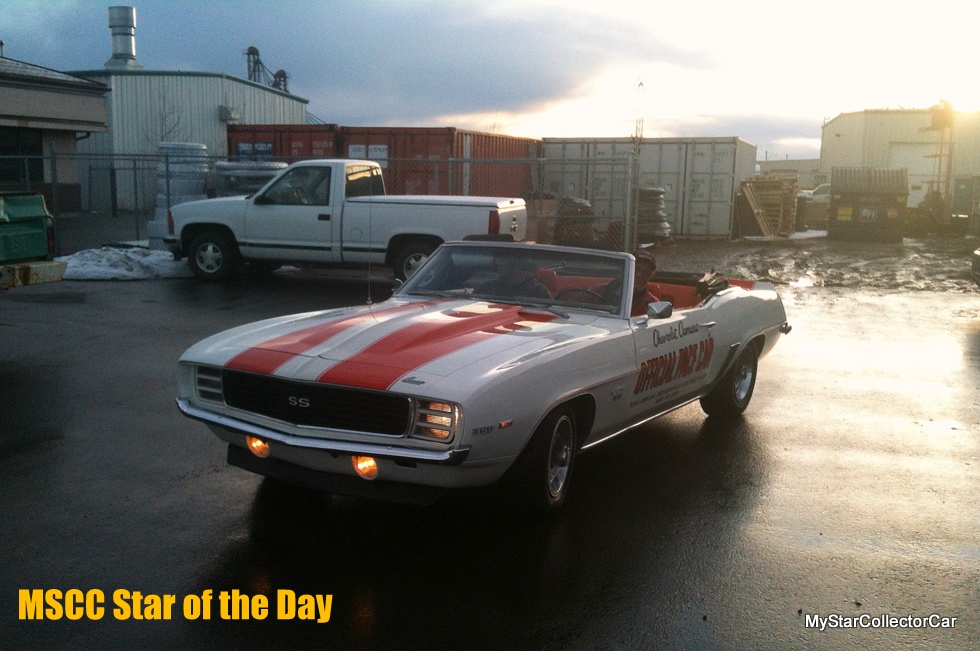 These MSCC Stars of the Day are based on spontaneity.

‘There is no format or structure to MSCC Star of the Day—the process is like a visual roulette wheel with pictures of old iron instead of colors and numbers and the marble stops randomly when the right car or truck shows up.’

The MSCC Star of the Day may be the most solid definition of gut reaction you’ll see outside of a classic Clint Eastwood western.

The December 31 Star of the Day is a ’69 Indy 500 Camaro Pace Car from last spring-what better (and spontaneous) way to end the year? 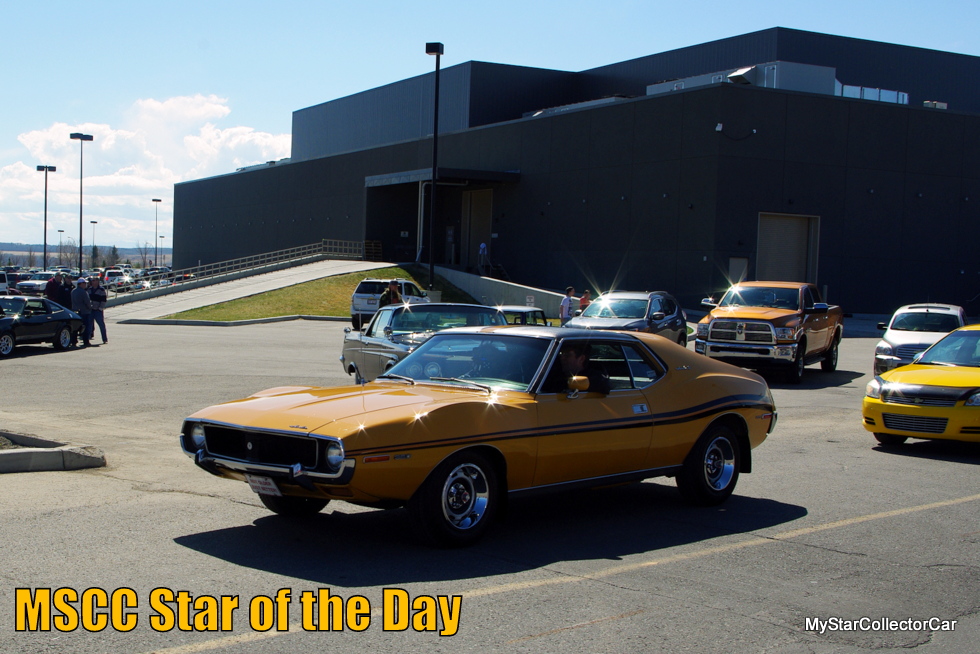 Most carmakers wanted to evolve beyond the 1960s pony car look in the early 70s.

Camaros changed in 1970 as did the Barracuda and Dodge put a new pony car in the corral that same year with the legendary Challenger.

‘Mustang followed with a flying wedge revamp in 1971 and AMC celebrated the new decade too with the revamped Javelin.’

This MSCC Star of the Day is a 2nd Gen Javelin—an example of 70s repackaging for a new decade. 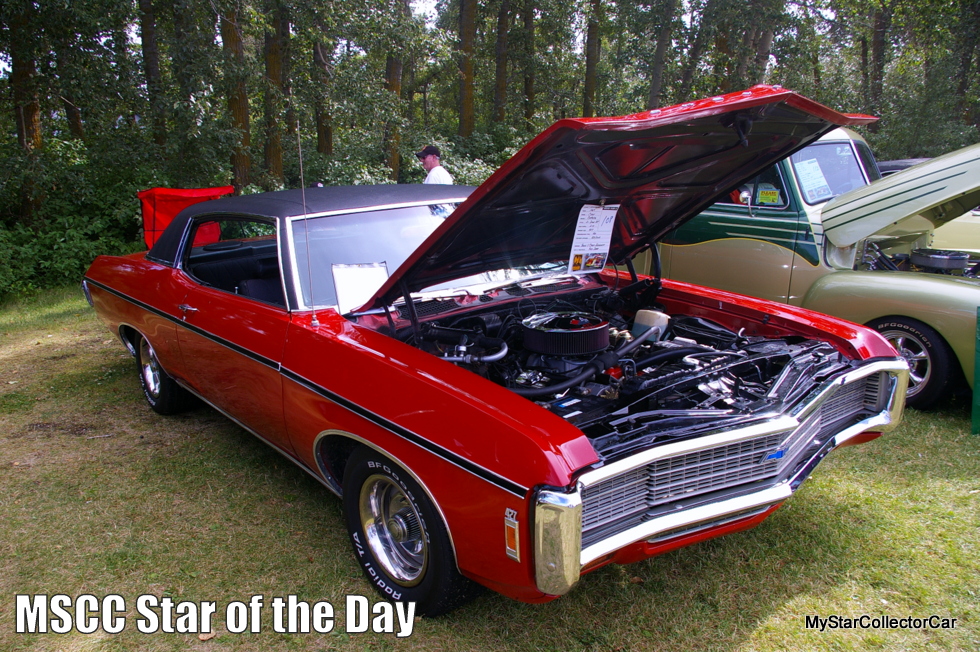 There has always been a car that combines performance and comfort.

Rolls Royce was famous for building powerful cars that rode like a cloud-so was Packard, Duesenberg, Cadillac, Cord and Chrysler with their letter cars.

‘The ‘power with comfort’ philosophy trickled down to the lower levels with cars like the Mercury Marauder and the Buick GS and other full-sized rides—basically, they were banker’s hot rods.’ 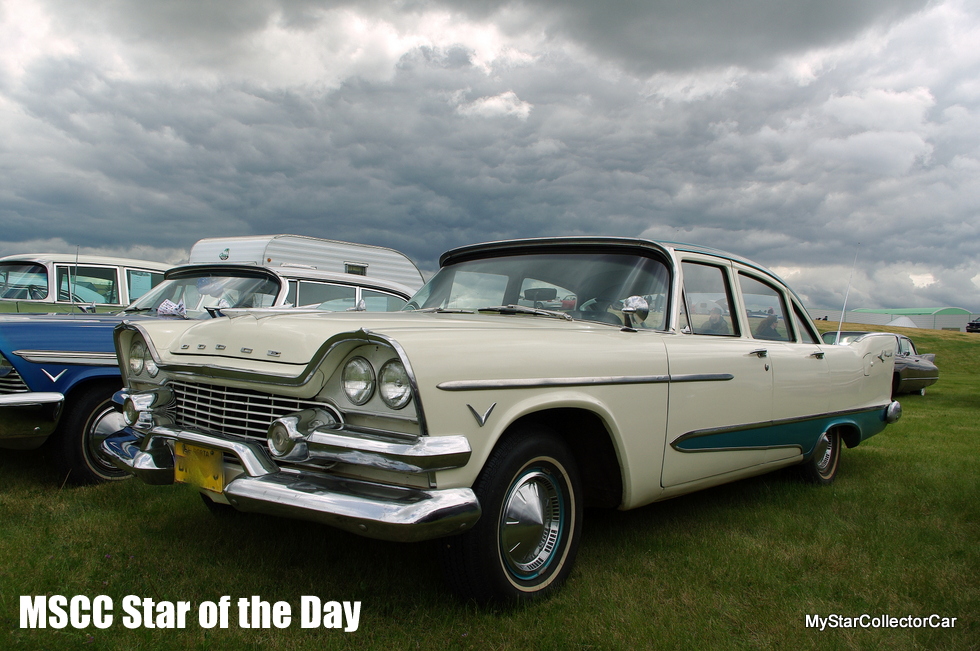 The biggest fear of any car show organizer is bad weather and the stakes get higher as you get closer to the Arctic Circle.

Car shows in June are a huge gamble north of the border in western Canada because June can be nasty, cold and wet on any given weekend but the show must go on regardless of the adverse conditions.

‘The only antidote to Canadian weather is a Canadian-built car because most of them were outfitted with things like block heaters and defrost systems right from the factory.’

This MSCC Star of the Day ’58 Dodge Regent at a June 2015 show was a Plodge (Canadian Dodge) ready for some nasty June weather in western Canada.