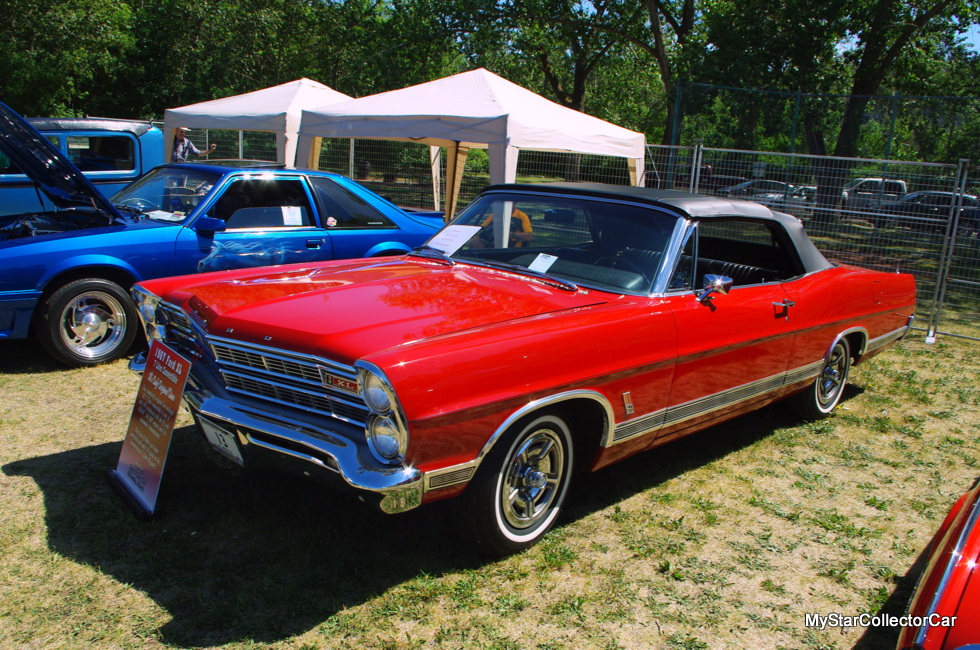 There were no guarantees for any car from Detroit once they left the factory in 1967.

‘Most vehicles would become a part of daily life as a commuter car, grocery hauler, kid hauler and many other thankless tasks where they served a purpose in the daily grind.’

Then they were cast aside as soon as they developed a mechanical issue or a newer, prettier model hit the showroom.
However there are rare occasions where a car was protected from the daily grind and enjoyed a pampered world, complete with garages and no winter driving in its history. A 1967 Ford XL convertible caught our attention because it looked like it just left the dealership when we spotted it at a show. 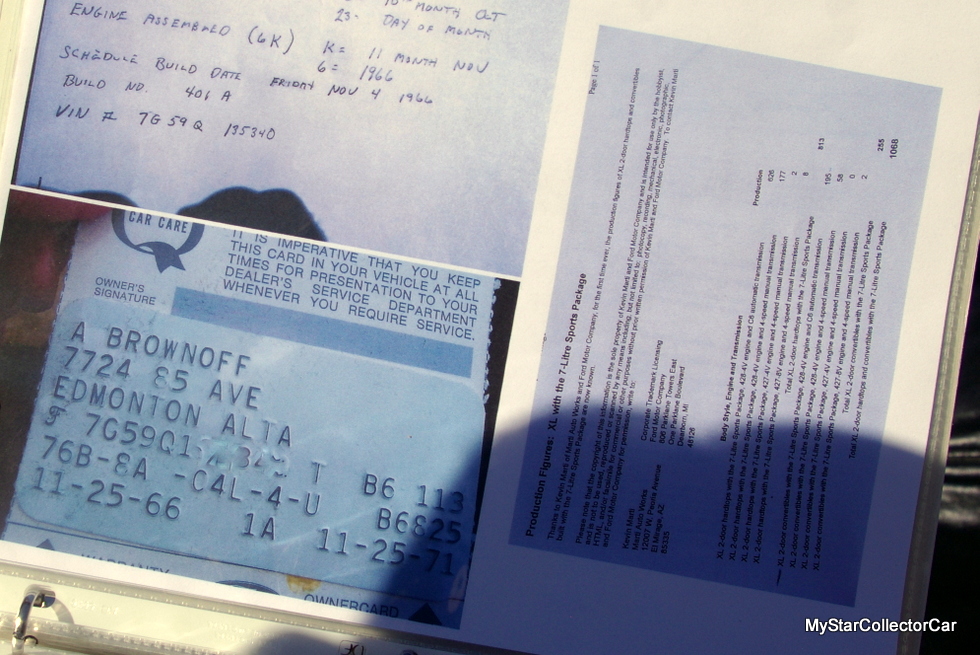 We assumed the car had been restored to its former glory by a good restoration shop but we were wrong because the car was an original survivor vehicle. This car was on the road during the Summer of Love in ’67 and then it was parked until the snow was gone in ’68. 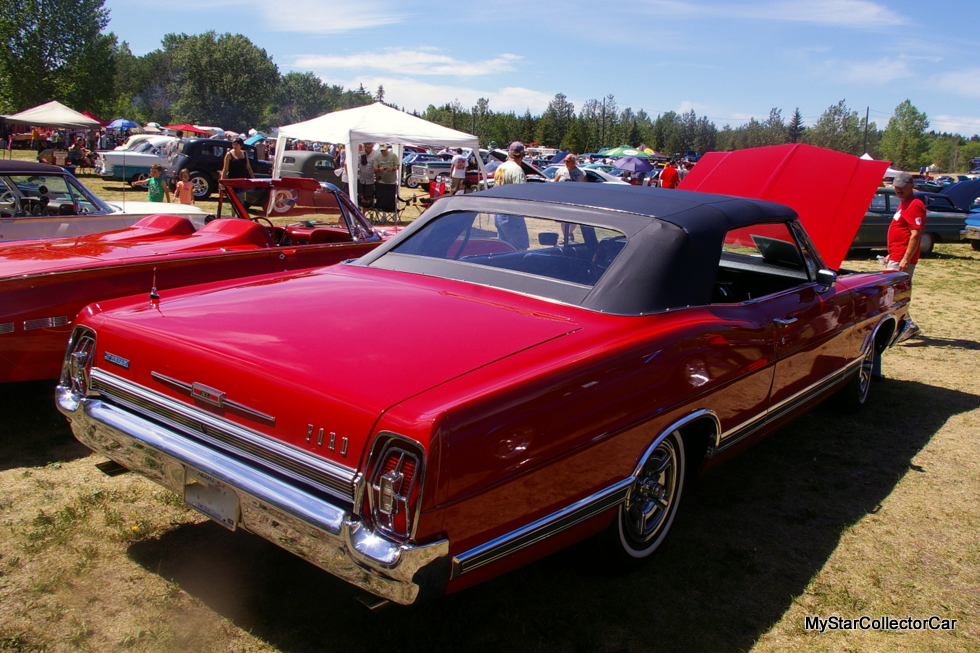 This cycle was repeated every year by the original owner because the Ford was primarily used for summer vacations and never faced harsh winter conditions. Eventually the car was sold to its current owners, Gerry and Joy Pahal, and they have followed the same game plan for the rare Ford convertible. 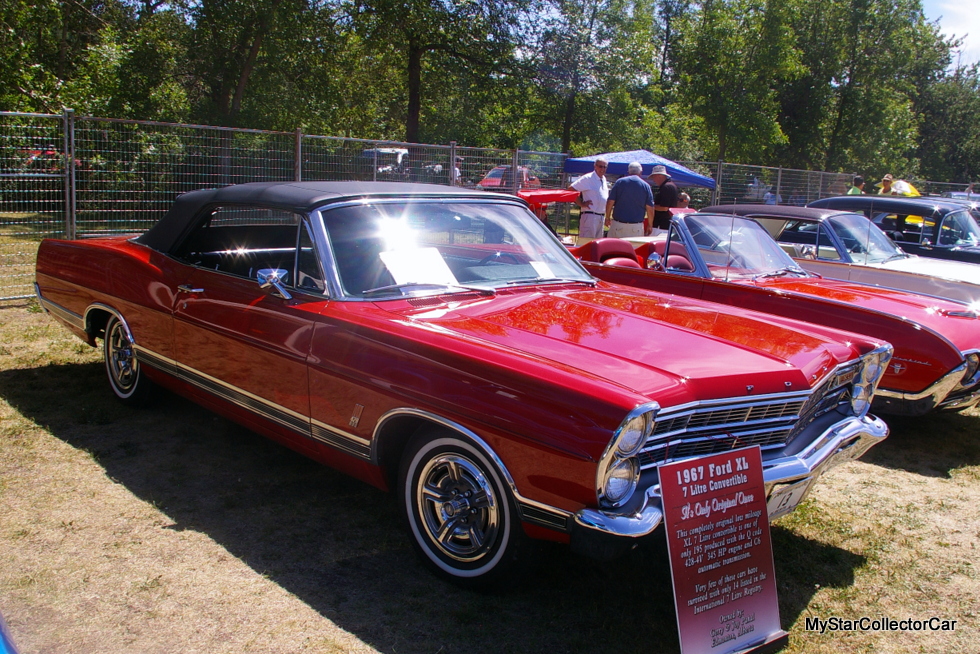 The Ford still spends its winters in a garage and now it spends its summers on the road to car shows where it has won 35 trophies thus far as best in its class. The car is now 49 years old and has only accumulated 40,000 miles during that entire period because that’s what happens when you let a car take winter vacations in a garage every year. 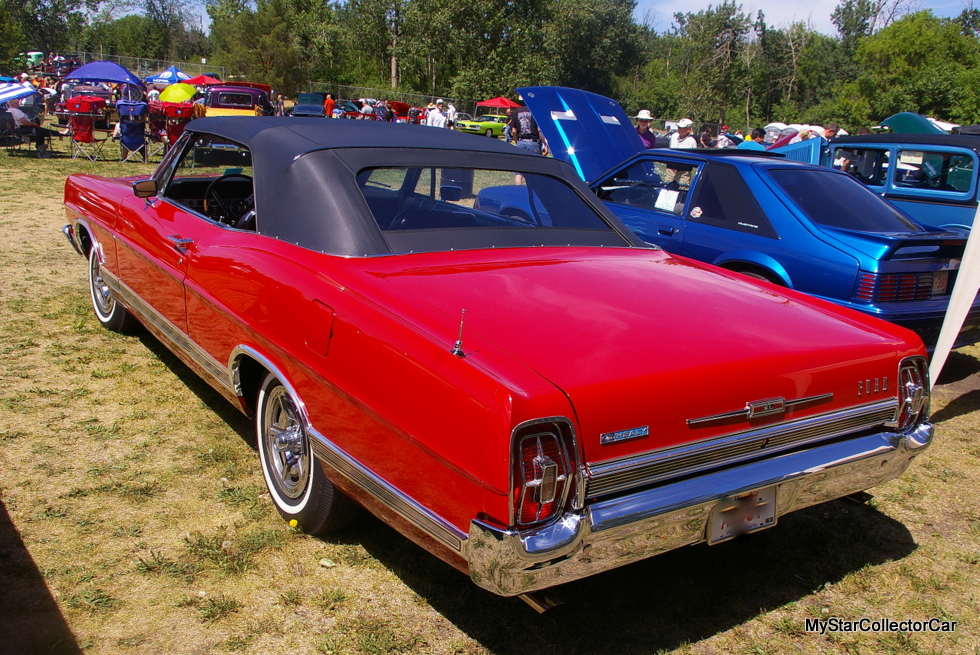 The Ford convertible is known as a Q Code car because it has a 428 cubic inch big block under the hood. The car’s 428 was a more refined engine than the legendary rough and tumble 427 Ford big block and it was designed to handle the horsepower needs of Ford’s luxury cars. The 428 would get a little more attitude in Ford’s future muscle cars, but it was a perfect blend of power and reliability for the big 1967 Ford. 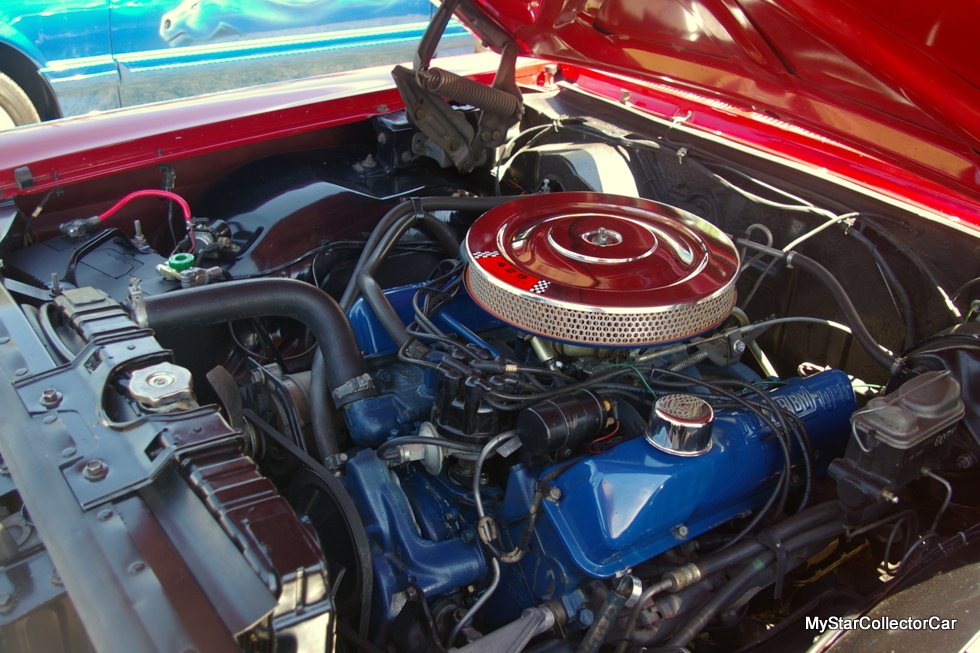 Gerry told us his Ford was one of only 195 convertibles produced with his car’s features and very few of these big cars are still on the road. In fact, only 14 are listed with the International 7-Litre Registry. We doubt there are any that match Gerry and Joy’s car in terms of originality and condition because this convertible looks brand new. 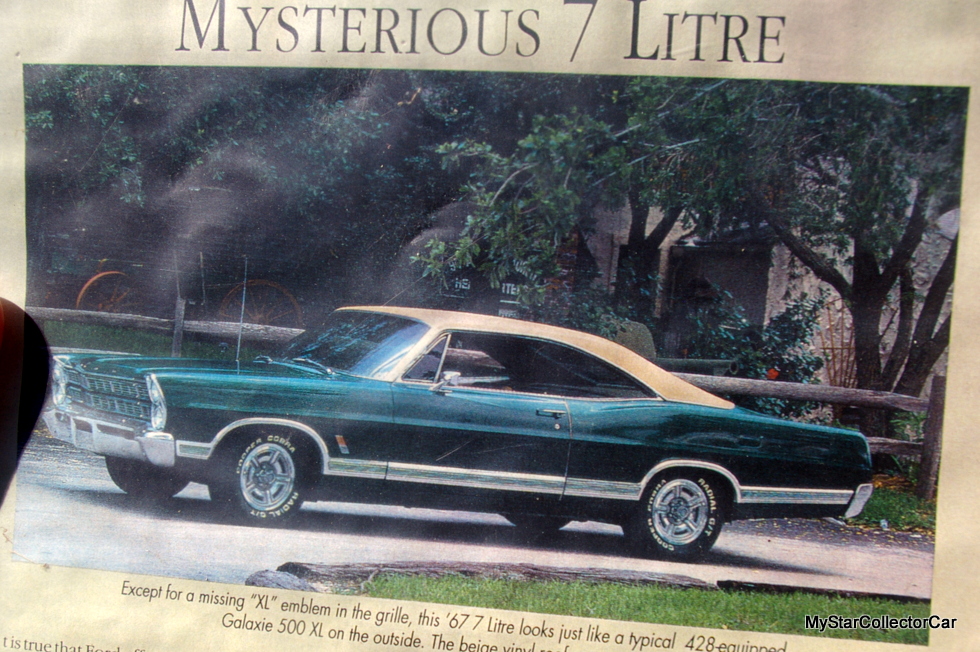 The only changes are a rebuilt radiator and new muffler tips-a very short list for a 49-year-old car. 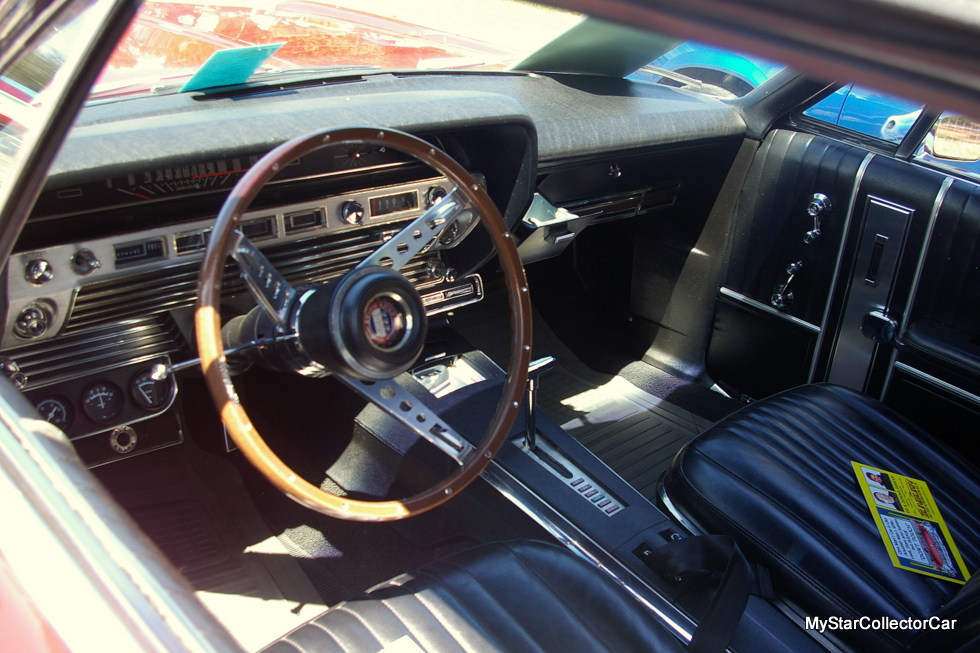 Gerry and Joy have owned the car for 40 years and had a unique encounter four years ago with a guy who thought the car “looked just like his father’s car”. It was indeed his father’s car and Gerry was able to give the original owner’s family a trip down memory lane when he took them for a ride in the convertible.

The story was yet another happy ending for a car that has enjoyed a pampered life since it left the factory in 1967. 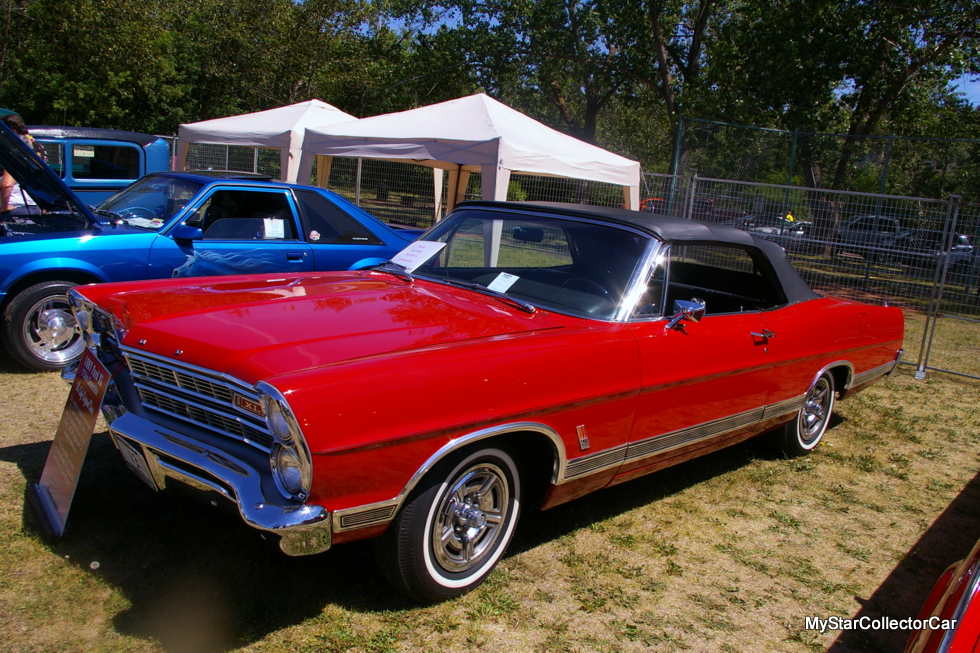 We do not see any change in that status under Gerry and Joy’s watch.