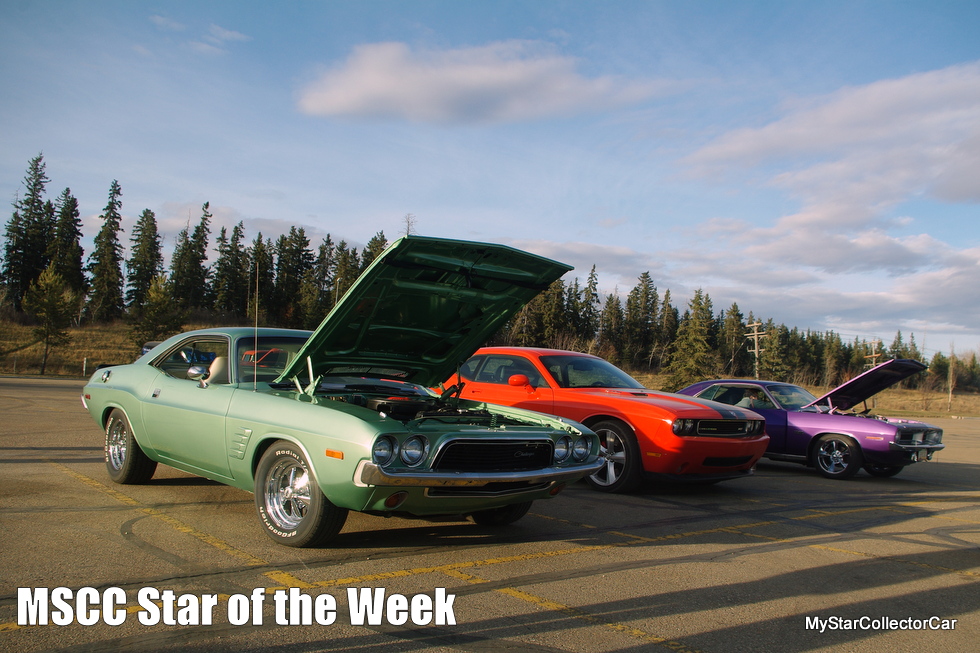 Classic is an overused term in the car hobby but the Mopar E-bodies certainly earned that distinction.

The 1970 Cudas and Challengers were an instant hit with the Mopar guys because they were clean-looking cars and they could be optioned up to knockout punch power under the hood.

E-bodies were popular in the showroom then and they’re even more popular on the auction block now so this begat the 21st century Challenger.

The MSCC Star of the Week is a trio that explains why they brought the E-body look back. 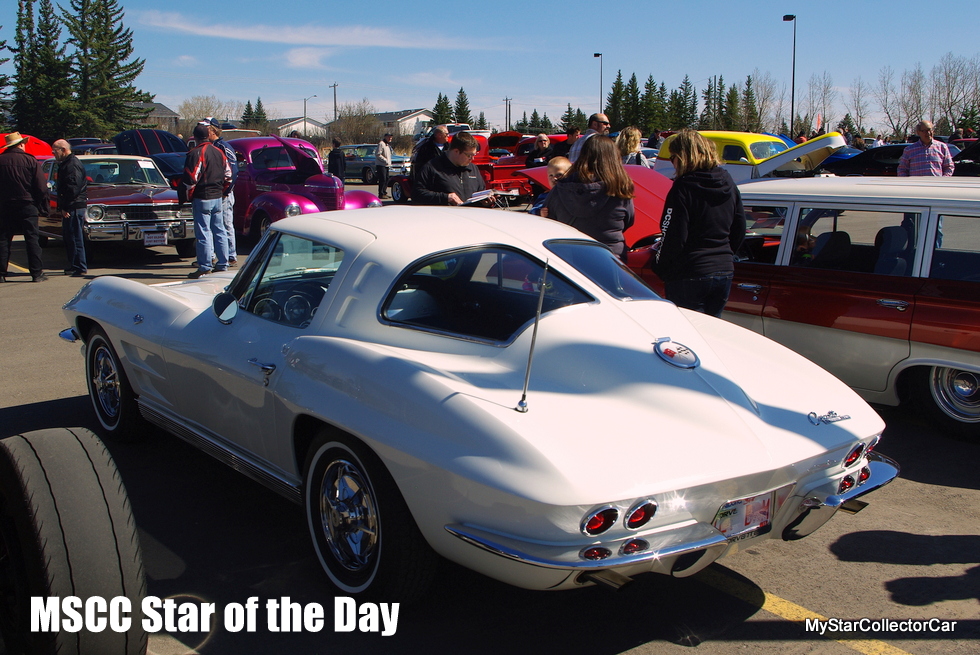 Vettes of any era are a pretty decent investment.

They hold value like a brick of gold because Corvettes are timeless and they’re America’s sports car.

They hold value better than most cars but Vette values differ greatly–depending on the year.

The MSCC Star of the Day ’63 Vette split window is the gold standard for Vettes. 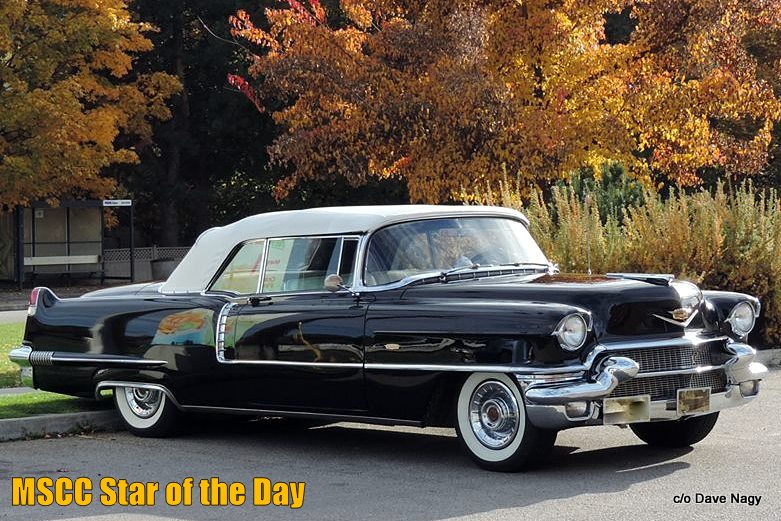 MSCC DEC 16 STAR OF THE DAY: ’56 CADDY CONVERTIBLE—ELVIS WOULD BE PROUD

History is clear on the Elvis Presley-Cadillac connection.

He loved Caddys and he was particularly fond of the ’55-56 era because that’s when Elvis catapulted into legendary status.

Those Cadillacs were flashy and so was Elvis—it was a natural fit.

The Star of the Day ’56 Cadillac convertible would have made Elvis proud. 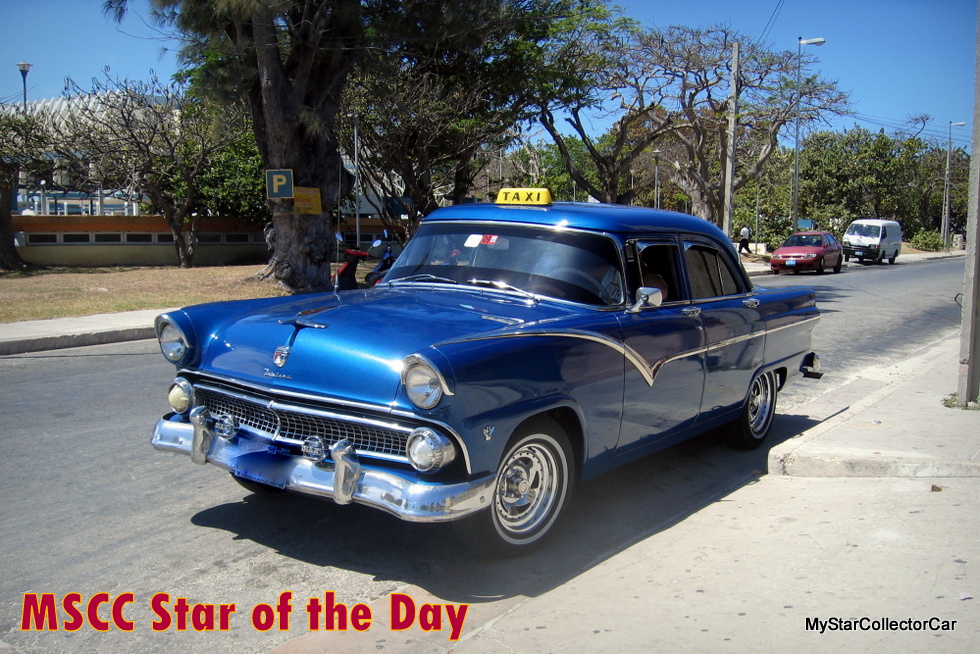 Maybe it’s the nostalgia side, maybe it’s because old rides look pretty cool with vintage signs and lights—in every case a sign on the door adds instant presence to a classic sedan.

There are rare occasions where a classic ride still has a real job.

Cars like the Star of the Day ’55 Ford taxi because it still has a full time job on the streets of Havana over 60 years later. 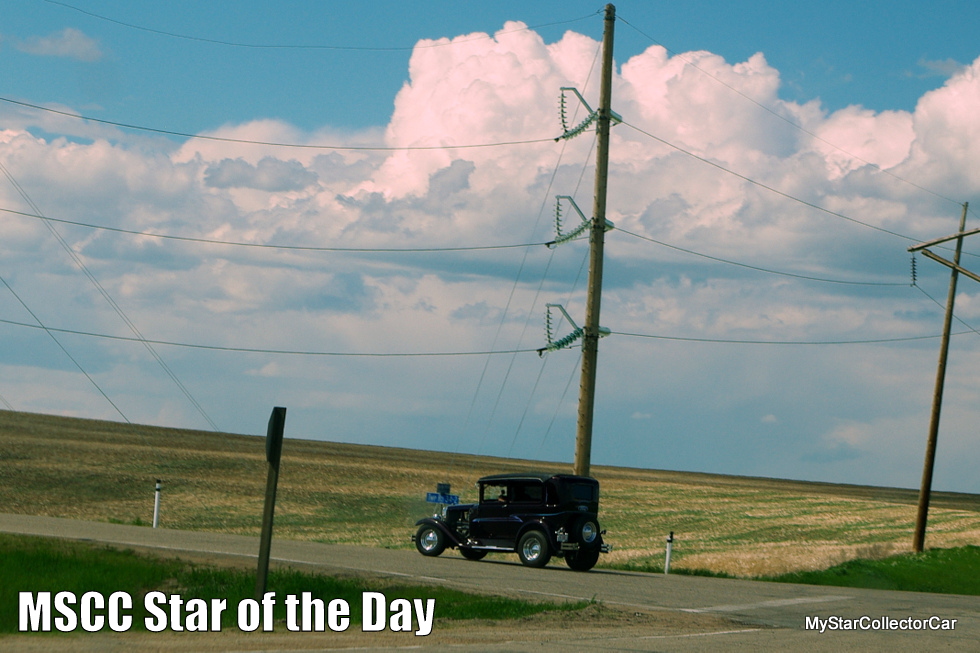 MSCC DEC 14 STAR OF THE DAY: THINKING ABOUT THE ROAD LESS TRAVELED

Car guys prefer the road less traveled for many reasons.

The biggest one is pretty obvious—fewer vehicles dial down the idiot factor on the road and dial up the fun factor.

The casual pace on a back road is another reason why car guys like secondary roads because a tour in a classic piece of iron is something you want to extend—not a road race.

That’s why the MSCC Star of the Day was found off the beaten path last June. 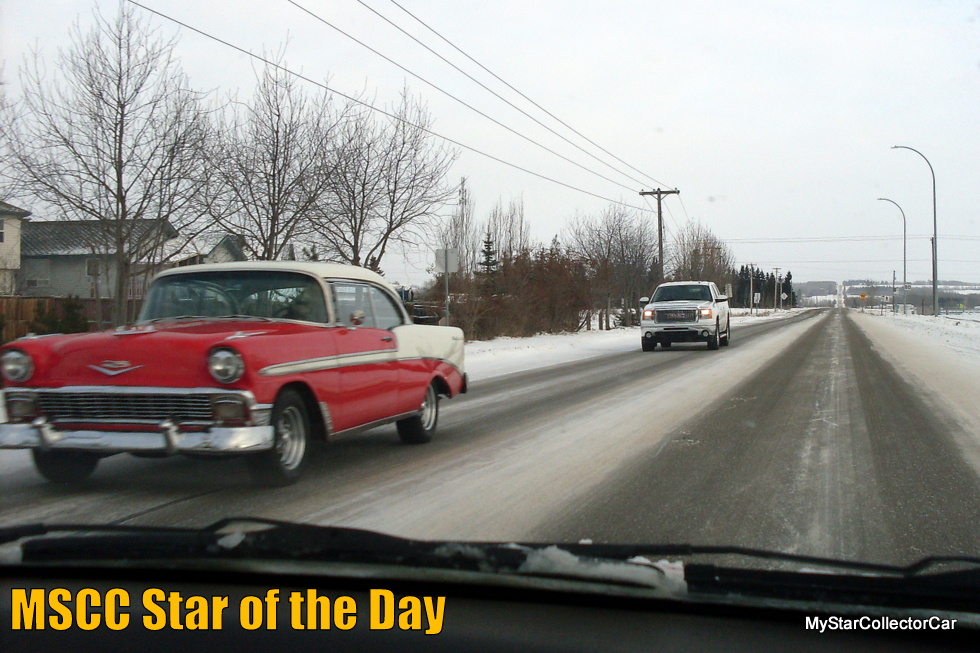 MSCC DEC 13 STAR OF THE DAY: TRI-FIVE GUYS DON’T CARE ABOUT THE SEASON—IT’S ALL ABOUT THE JOURNEY

The shortest day of the year (i.e. the 1st day of winter) is technically eight days away.

That date is a mere guideline because winter has an icy grip on a lot of places right now.

Most car guys have placed their beloved rides in the nice safe embrace of a garage or a car cover because winter driving is a high-risk adventure on a good day thanks to outdated brakes, summer tires, icy roads and geniuses who like to text and drive.

Some guys like the MSCC Star of the Day ’56 Chevy guy don’t care because this tri-five guy doesn’t care about the season—it’s all about the journey. 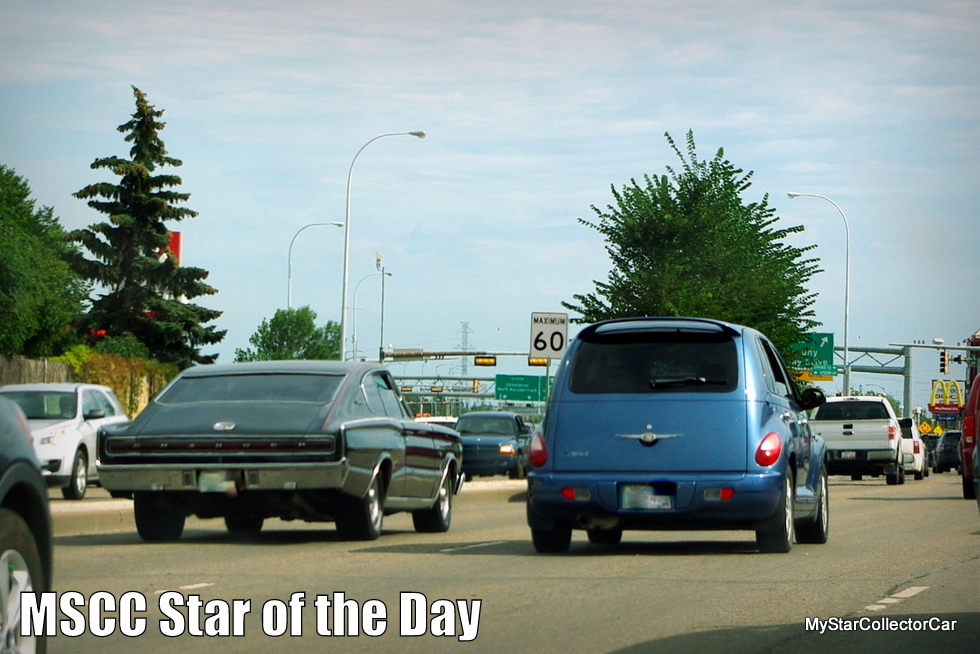 Fastbacks first appeared back in the early 1930s with cars like the Stout Scarab and they became mainstream with the ’33 Packard Aero Sport Coupe.

Detroit picked up on the fastback look in a big way with the post-war designs so you had Cadillacs, Pontiacs, Chevys, Plymouths and Dodges with some form of fastback by 1950.

The concept went away in Detroit  until 1964 when the Barracuda debuted and the Mustang picked up on the fastback option that same year followed by the AMC Marlin and the 1st Gen Chargers but a form of fastback carried into the 21st century .

The MSCC Star of the Day features a comparison of the 1st Gen Charger and last Gen PT Cruiser—the evolution of fastback style.

MSCC JULY 28 “WHAT’S IT?” WEDNESDAY—CHECK OUT THE CLUES AND SOLVE...