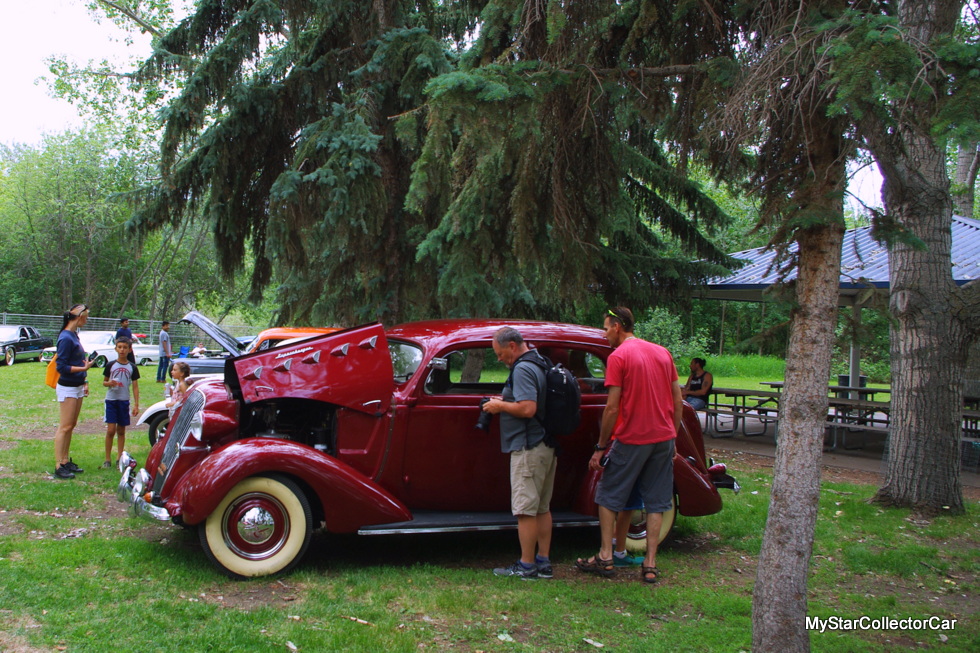 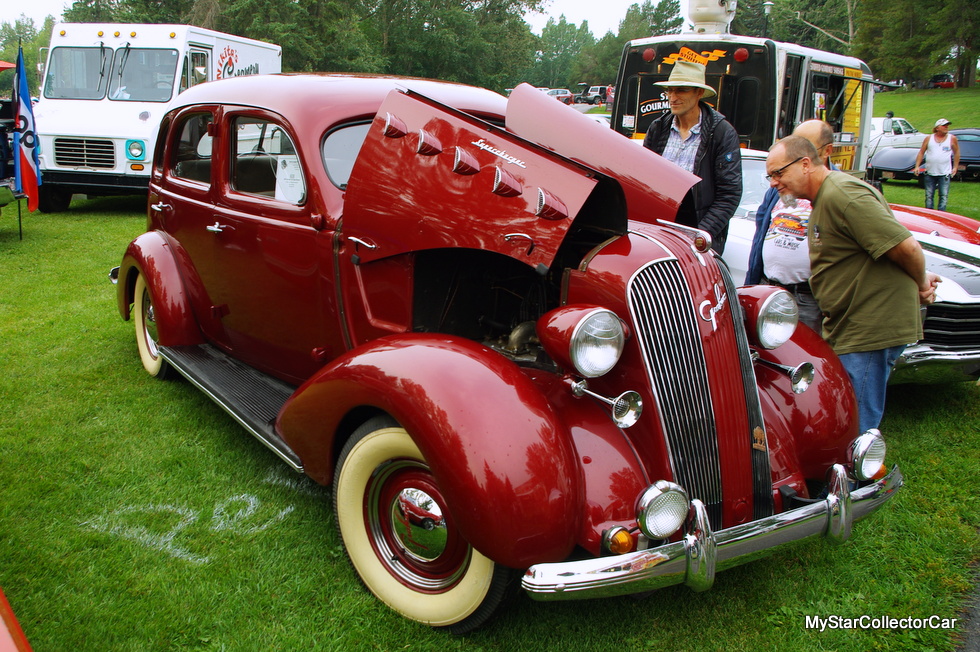 Rare cars from the 1930s often end up in museums instead of on the open road because they’re too valuable to risk any time in the real world.

That makes sense from a practical sense but in reality it deprives everyone—except people who like museums—from seeing these rolling pieces of history.

This 1937 Graham 116 Supercharger Sedan spends more time on the road than a long-haul trucker so it’s definitely not a prisoner in a museum. 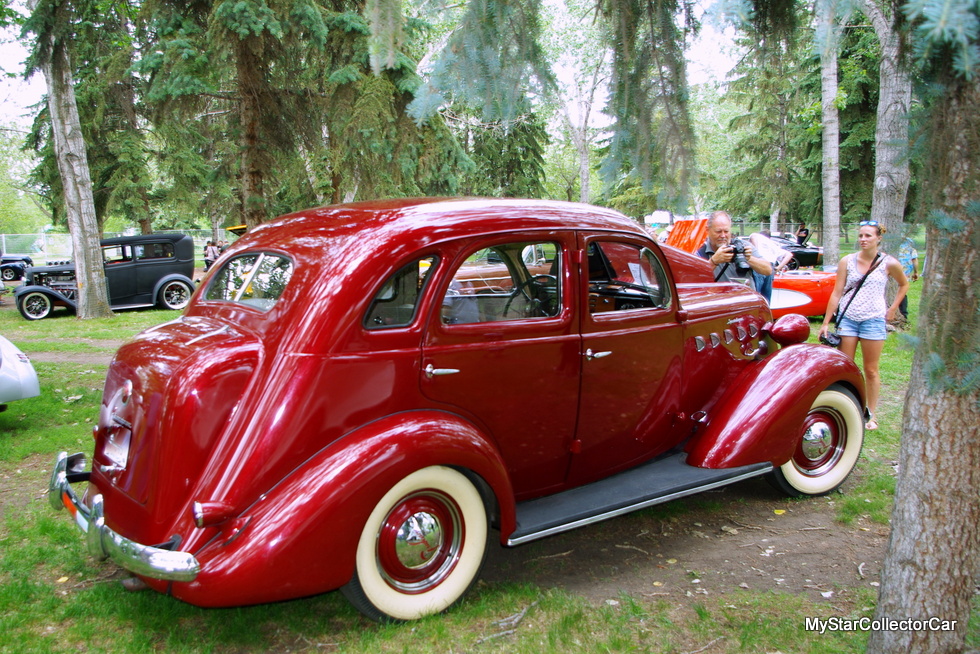 Tony Stinnissen is the proud owner of this unique car thanks to car guy fate back in 1985. He heard about a car that was on the selling block because the owner’s wife told him, “It was time to sell”. Tony went over to look at the ‘37 Graham and brought along his body tech brother in law as an expert. 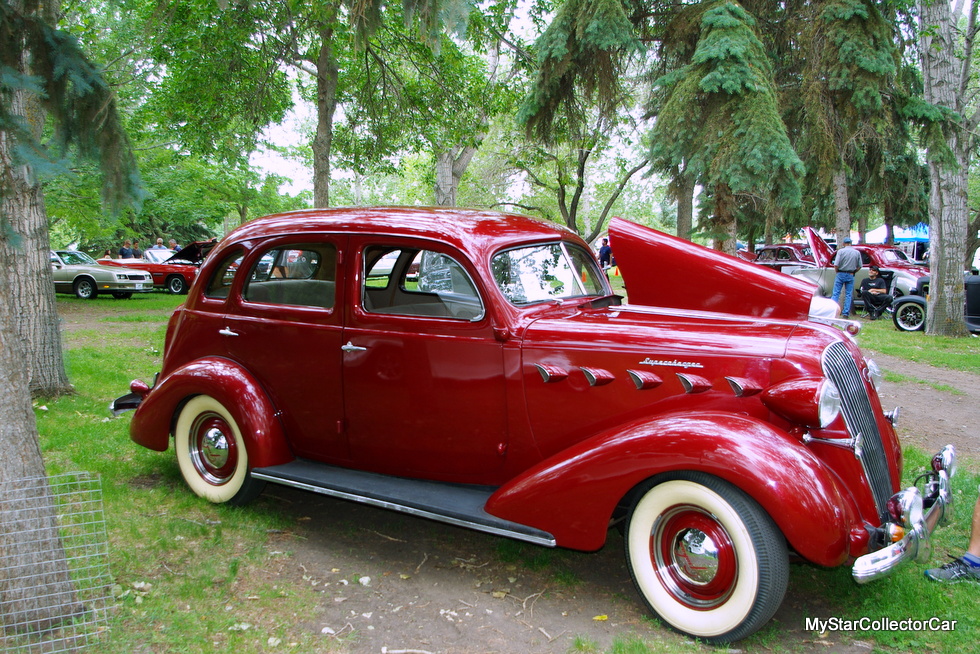 Tony recalled how the car “had surface rust but it still had air in the tires” plus his brother in law  was solidly behind the idea so he made an offer and the car was his.

He learned the car was “probably bought new in Calgary (Alberta, Canada) by two women”. Tony had a vintage photo of a Graham in Edmonton, Alberta, Canada and while he couldn’t verify that was his car, he liked it enough to place it in his display. 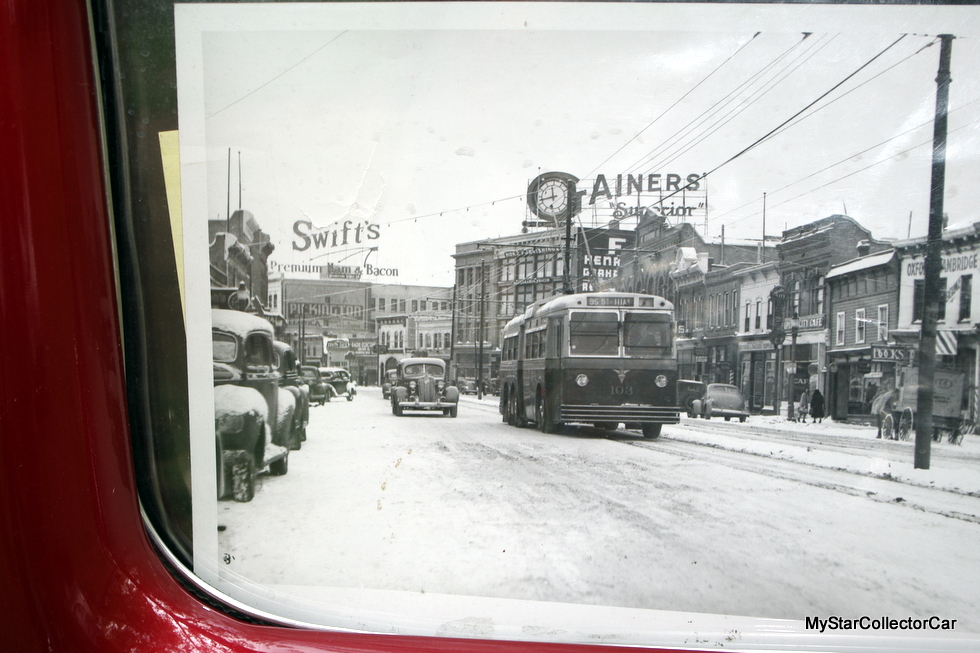 Tony bought the car in ’85 and in 1987 he took on the restoration in a garage with the help of his very talented brother in law.  The Graham was in good shape but it did need a new front fender to make the job easier. The Olds GM color in 2019 (to recreate the factory shade) is the same paint he laid down in the mid-80s and it’s stood up remarkably well over the decades. 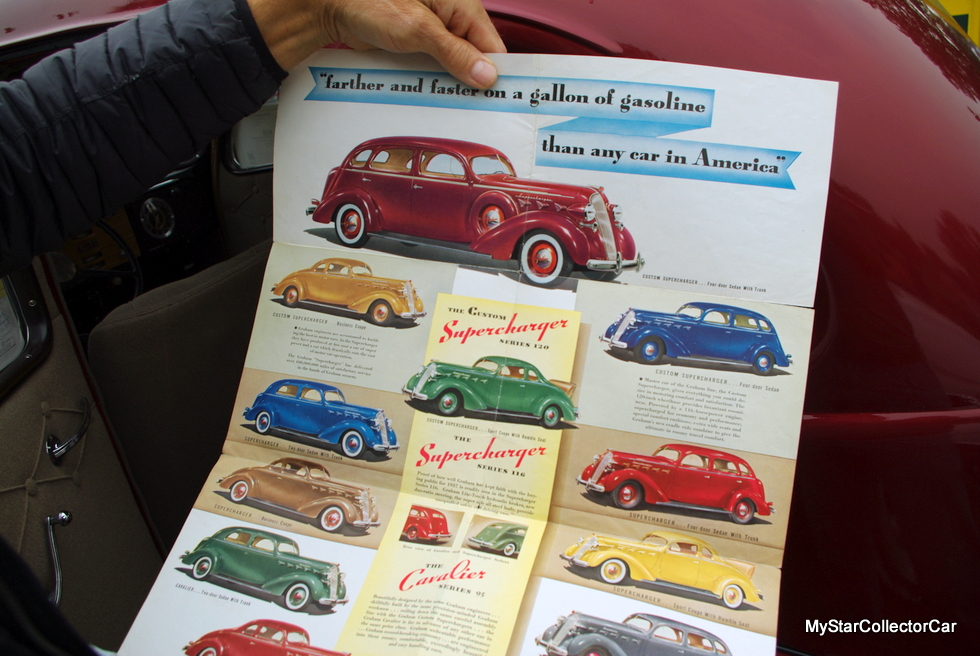 Tony upgraded the dash and shift knob to walnut and added the three Graham Brothers logo as an inlay to give his car a personal custom touch. 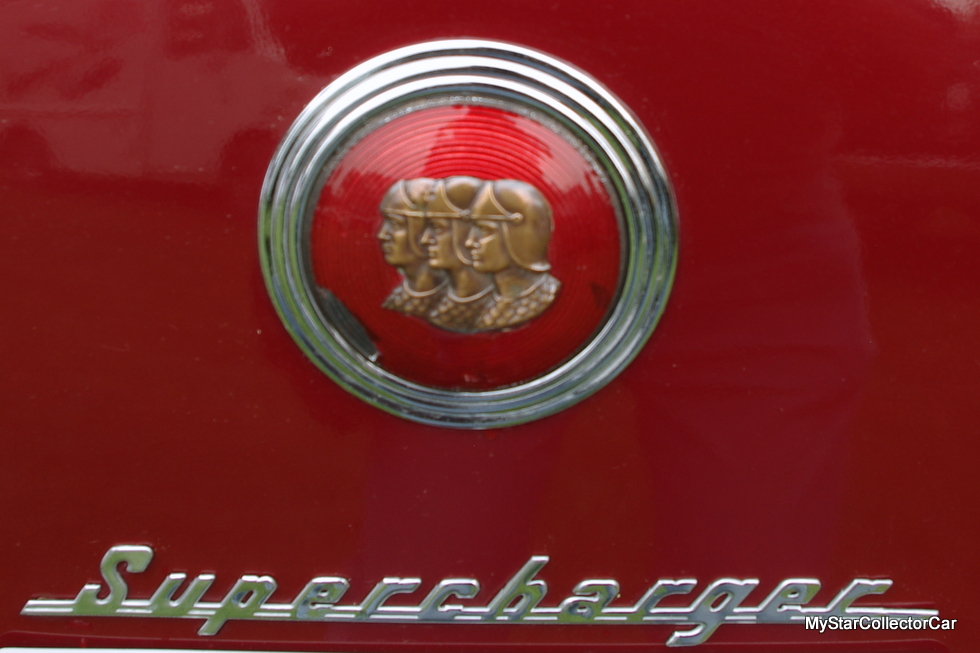 The supercharged 116 horsepower engine needed a new head to become functional and Tony found one for $20.00 but it “had a little crack”. Despite the flaw, Tony drove the Graham for a few years until he found a new one when “a guy recast 15 new heads”. The price for this new head was considerably more than the one he’d bought earlier but it was non-optional. 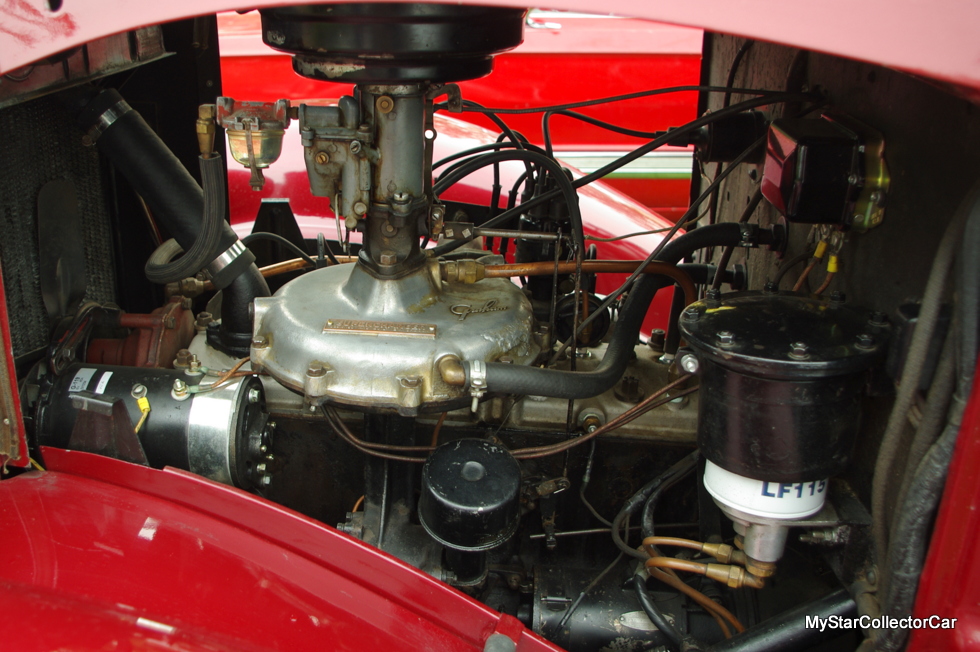 The Graham was also Tony’s wedding car and that was the “only time his wife ever rode in it”. Since then, Tony treats his Graham like the ultimate driving machine so it has accumulated over 30,000 miles. A big chunk of that mileage (5265) came from a trip back in 2012 to a Graham National Meet. 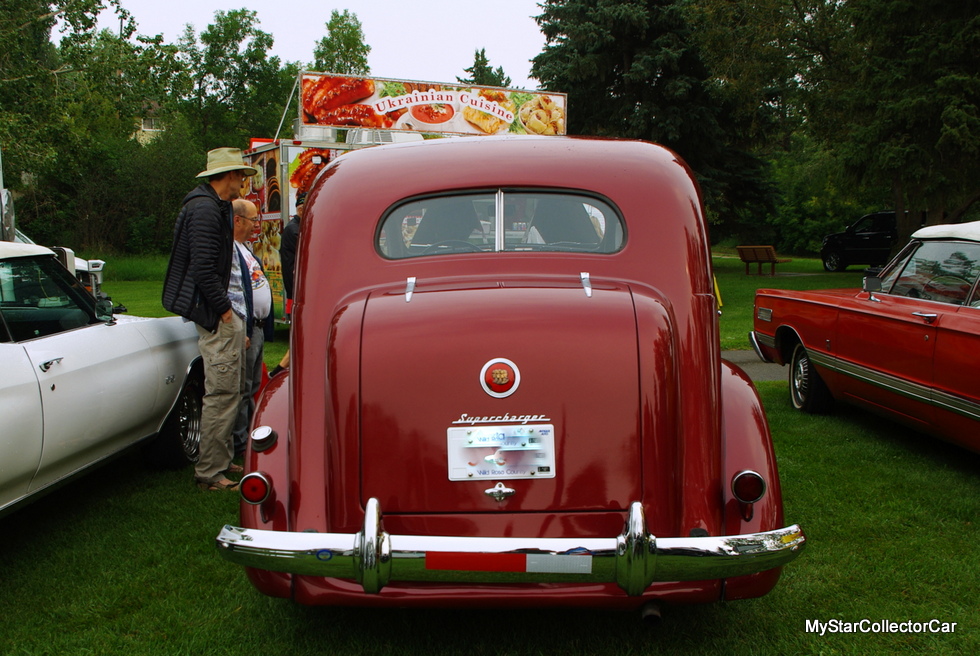 The trip was an adventure because Tony had to run it in 98 Fahrenheit heat with the windows down and the heat on to keep it from overheating. He also had a throttle linkage issue on the trip and the generator split a weld but a local guy found a replacement in a truck on his farm. 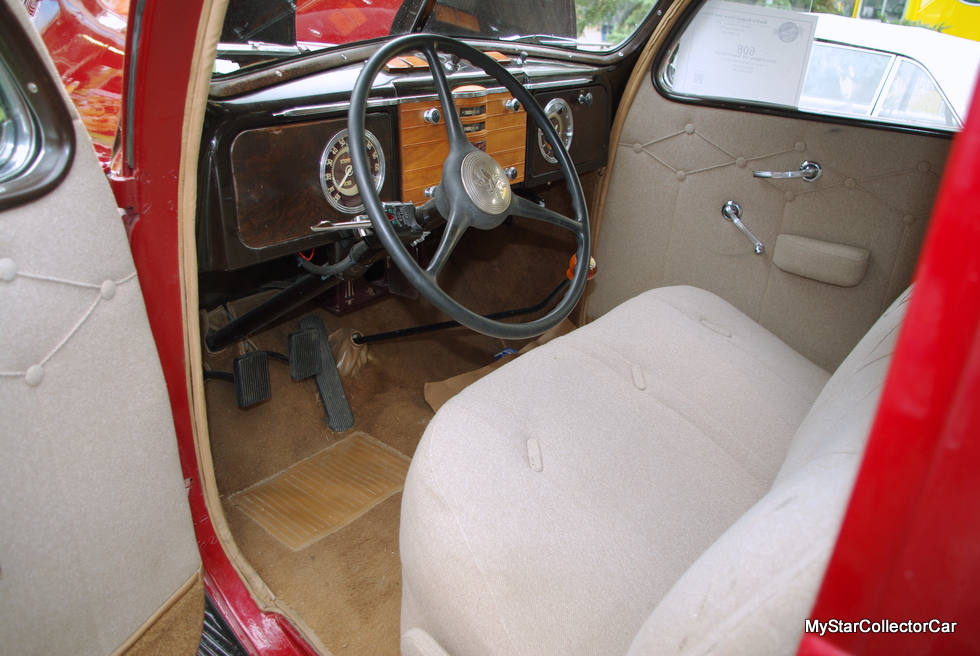 Tony runs the Graham at a sensible 55 miles per hour and he did add retro signal lights (scavenged from an old transit bus) plus he added upgraded sealed-beam 6-volt headlights. He also gets “about 21 miles per gallon” in the 82-year-old classic. 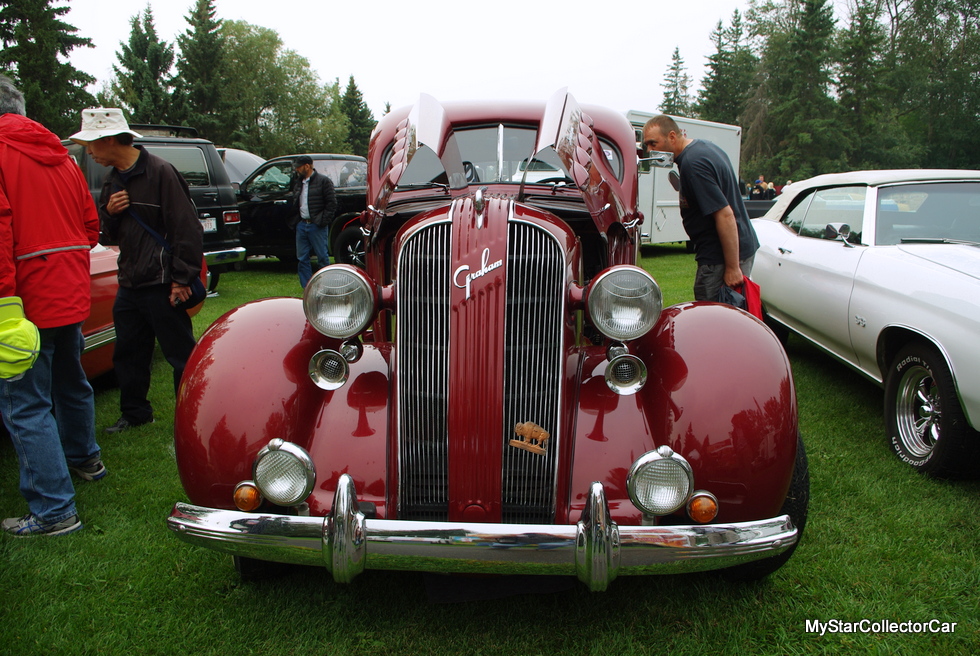 This could have easily been a museum car but it never will be under Tony’s watch because he’s living proof that not all owners hide their 30s classics from the real world.