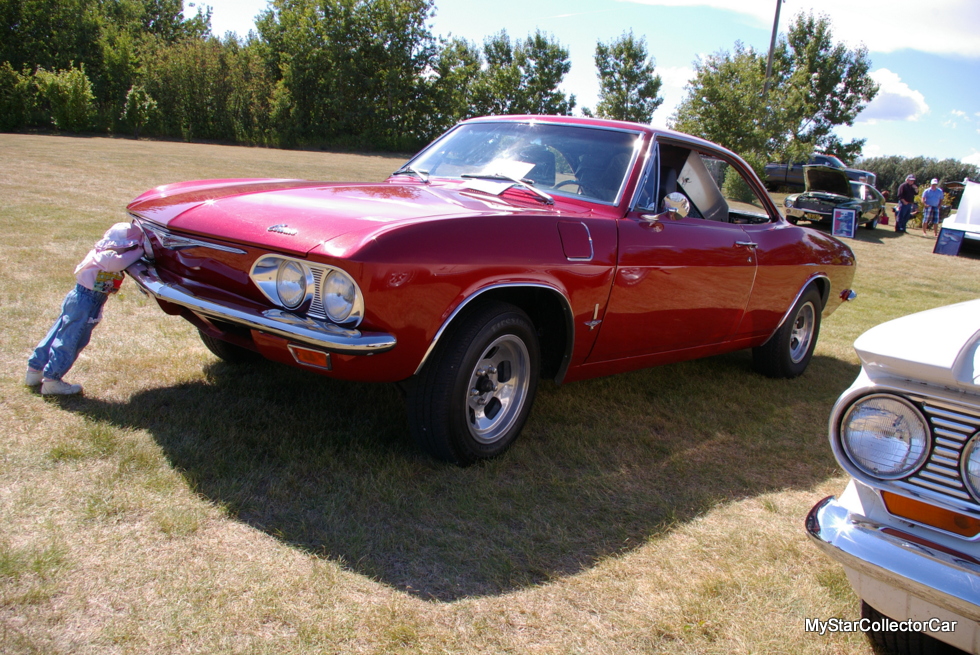 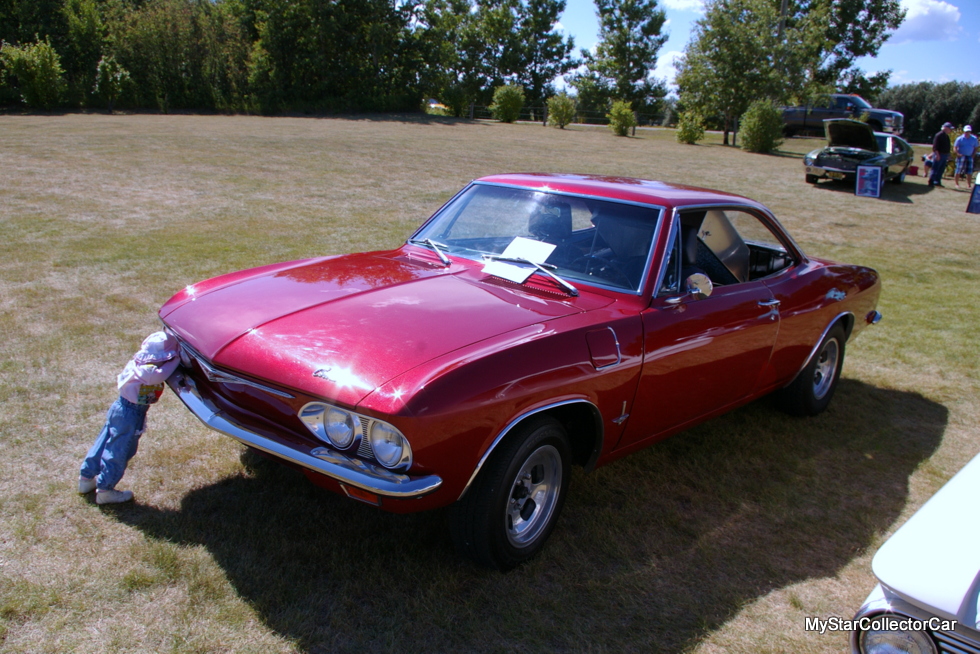 The 1965 Corvair appeared to be the final straw for consumer advocate Ralph Nader because 1965 marked the debut of his best-seller book, Unsafe at Any Speed.

The book was a big hit under the non- fictional label, although there are many Corvair enthusiasts who would dispute Nader’s allegations about the car in the book and suggest Unsafe at Any Speed may have belonged in the fictional section.

The history of the Corvair was not an issue for Dick Edwards when he seized an opportunity to purchase his 1965 Corvair Monza. 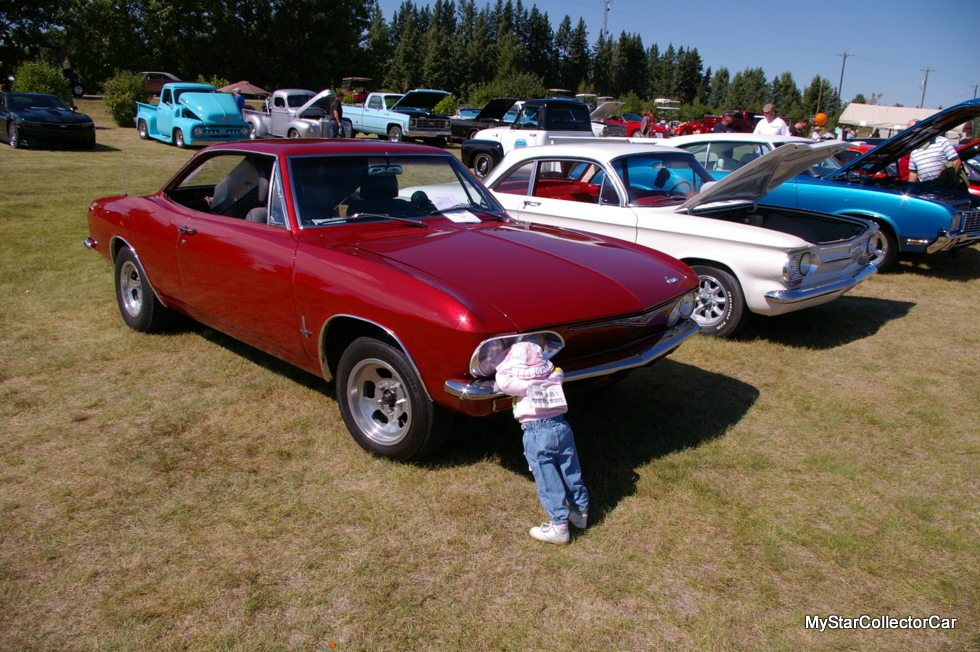 The car was previously owned by a car guy who had started a bold new direction for the Corvair in the 80s. He rescued the Corvair from an auto wrecker before it suffered the same fate (crushed) as Tim the Toolman’s Corvair in a Home Improvement episode. 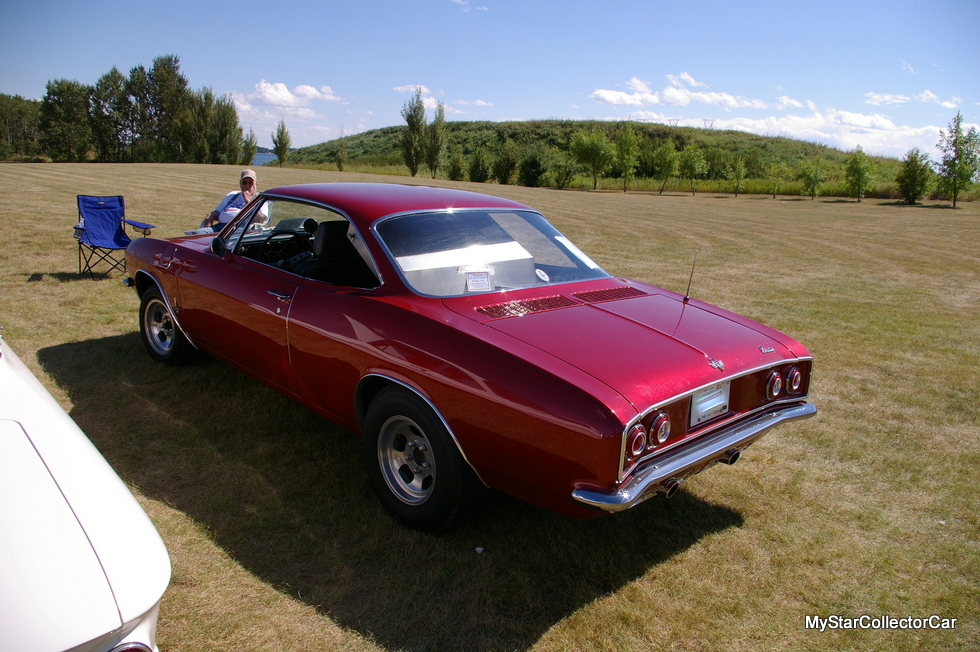 The car required an enormous amount of body work in order to be restored to its former glory. The previous owner was able to address the Corvair’s body issues in the 1980s, but health issues forced him to put the car in storage before its completion. 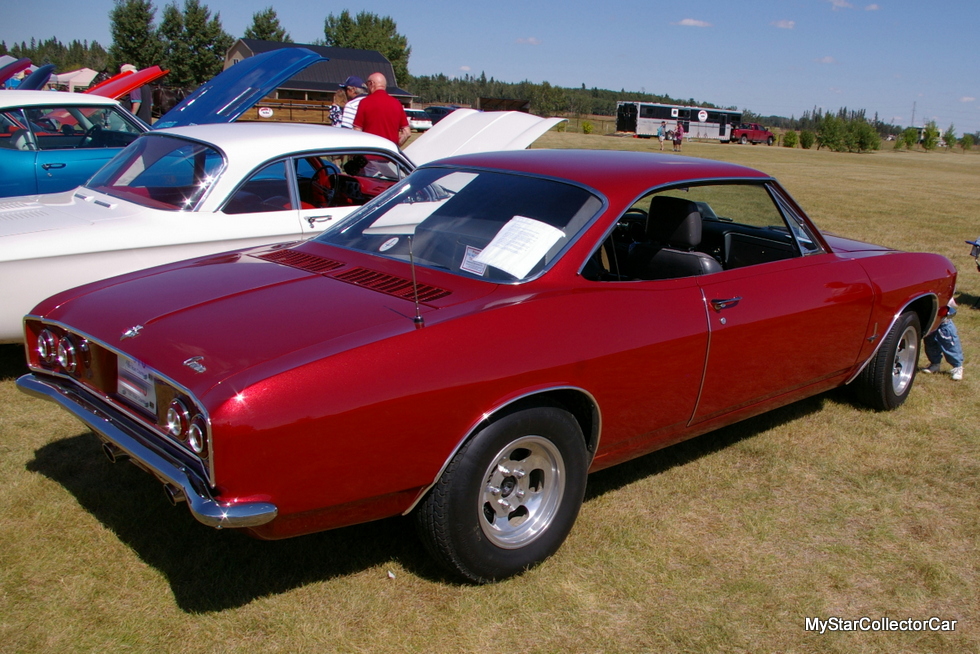 The Corvair sat in a garage until 2016 when the owner made a difficult decision to sell the car because he wanted to see the car back on the road under its own power. Dick bought the car and began a massive transformation on the Corvair.

The process only took 5 months because Dick was a recently-retired mechanic who was able to use his son’s shop and hoist to complete the project. 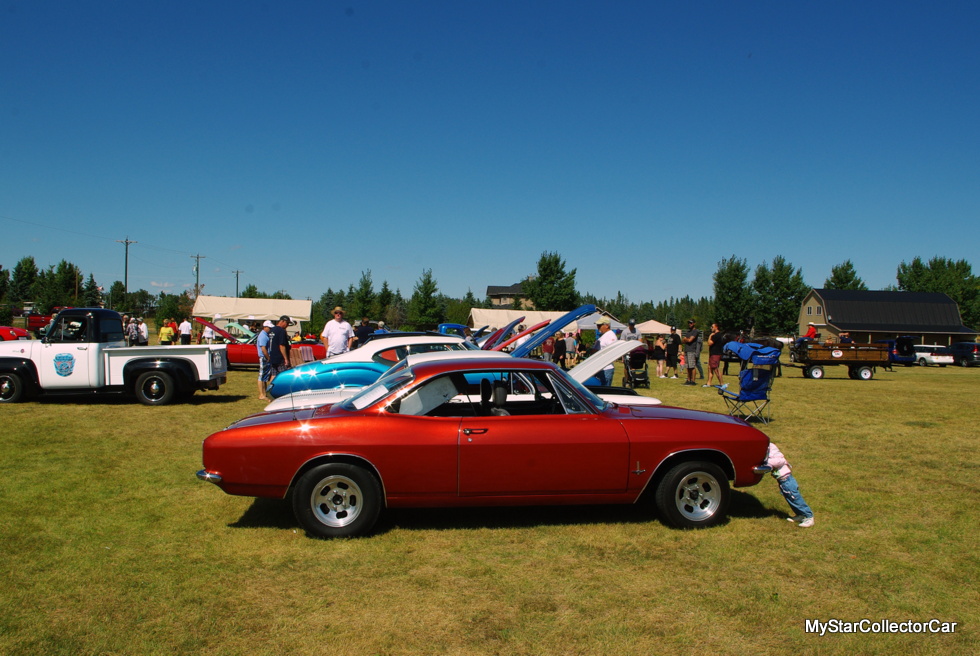 Dick told MyStarCollectorCar the Corvair spent about 3 months on the hoist while he worked his mechanical magic.

Dick installed a 2008 5.3 liter Chevy truck engine in the rear passenger compartment of the Corvair. The car was not reconstructed and had easier access for Dick because it had no seats, steering wheel, or interior to get in the way of the new engine. 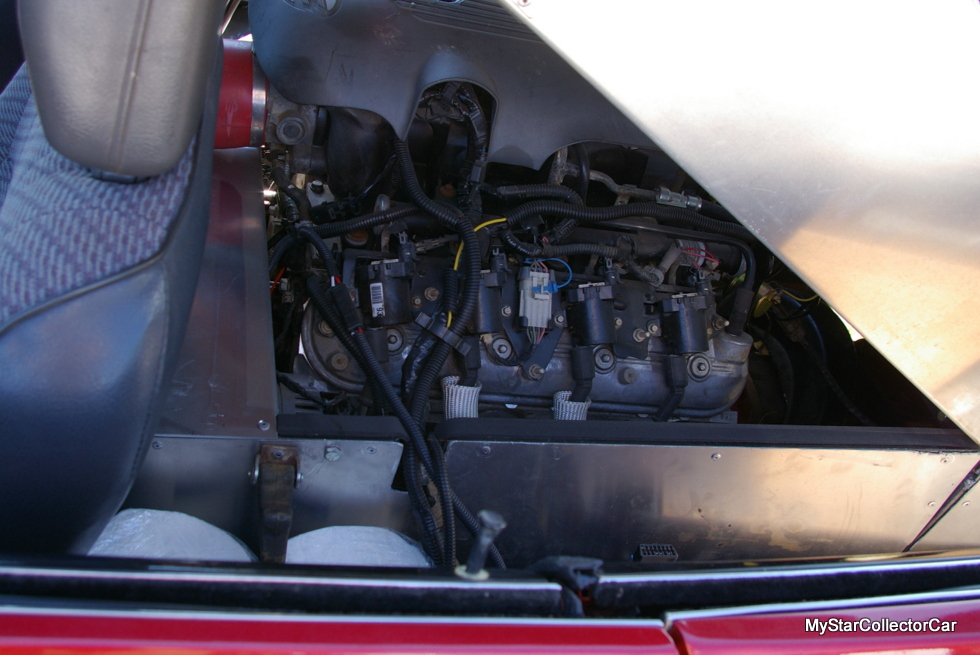 “It was just basically a shell”, in Dick’s words and he was happy with that situation because of his mechanical background.

Dick believes the Corvair’s transformation to a mid-engine V-8 hot rod would require access from the front passenger side if the steering wheel was still in place on the car. 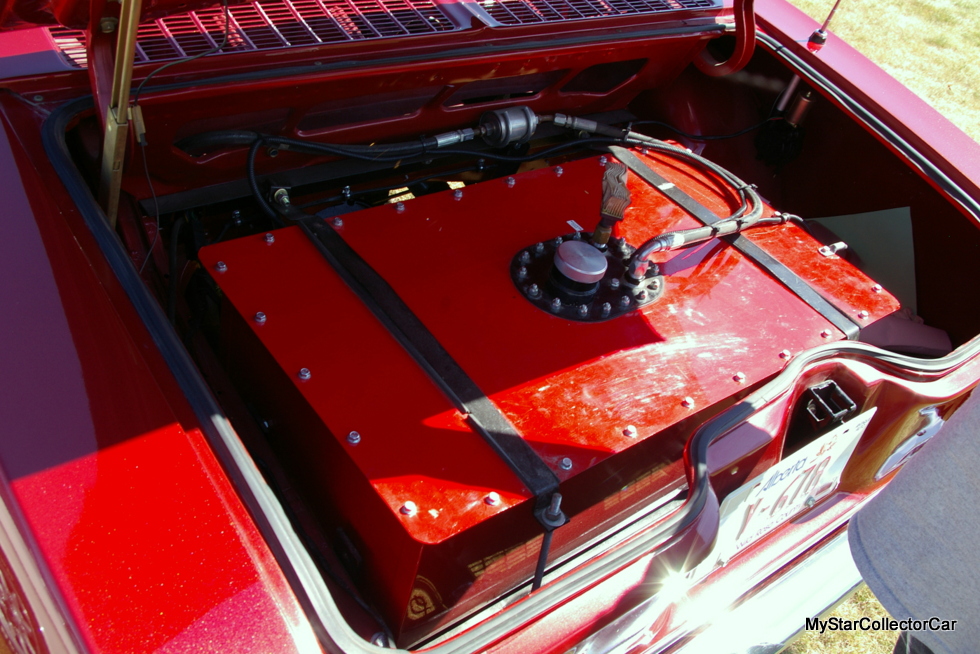 Dick was able to make the electronically advanced Chevy V-8 believe it was still in the 2008 truck and even built a separate box beside the engine to house the computer. He was also able to build a sound and heat-proof box to contain the engine in the back seat and prevent noise and heat issues. 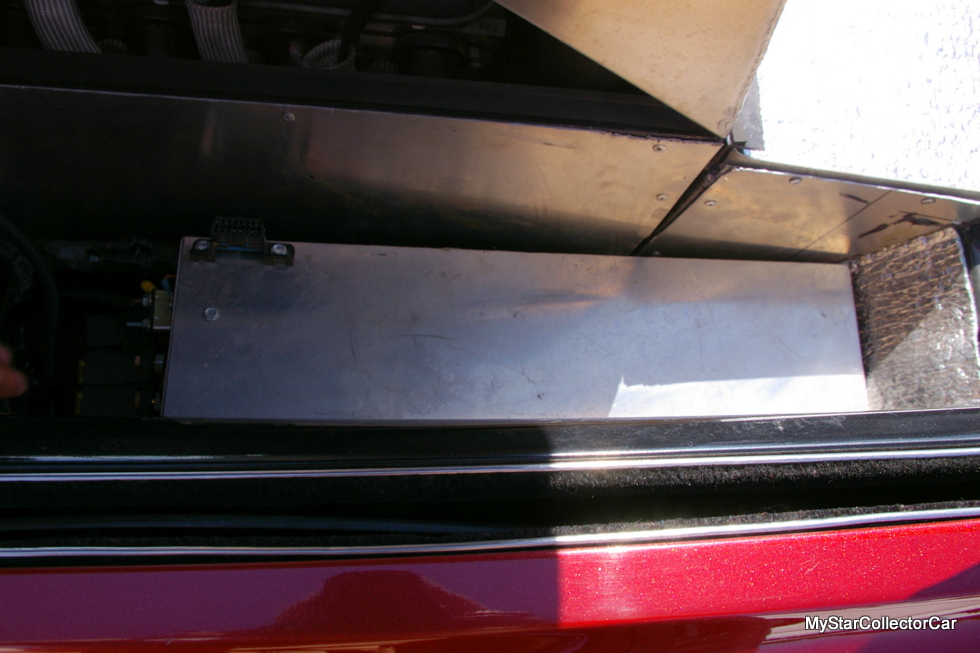 The engine transplant was aided by Dick’s use of an electric fan under the housing to push heat away from the Corvair’s passengers.

Dick also used electric water pumps and fans to cool the heavy duty radiator borrowed from a Chevy 4×4 and situated at the front of the Corvair. The Corvair also has a custom air cowl on the front end of the car to direct fresh air to the radiator. 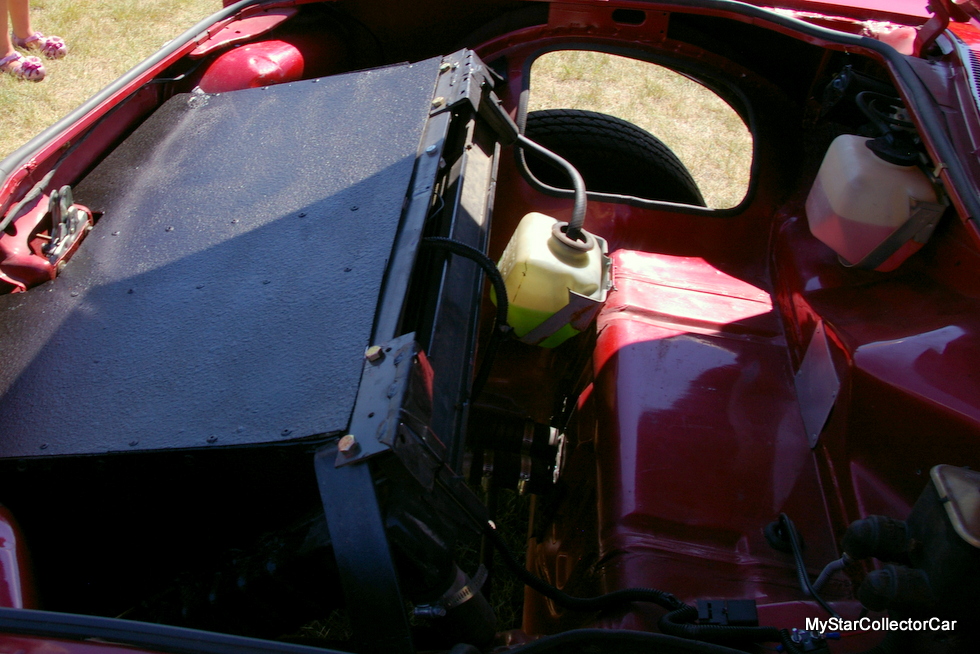 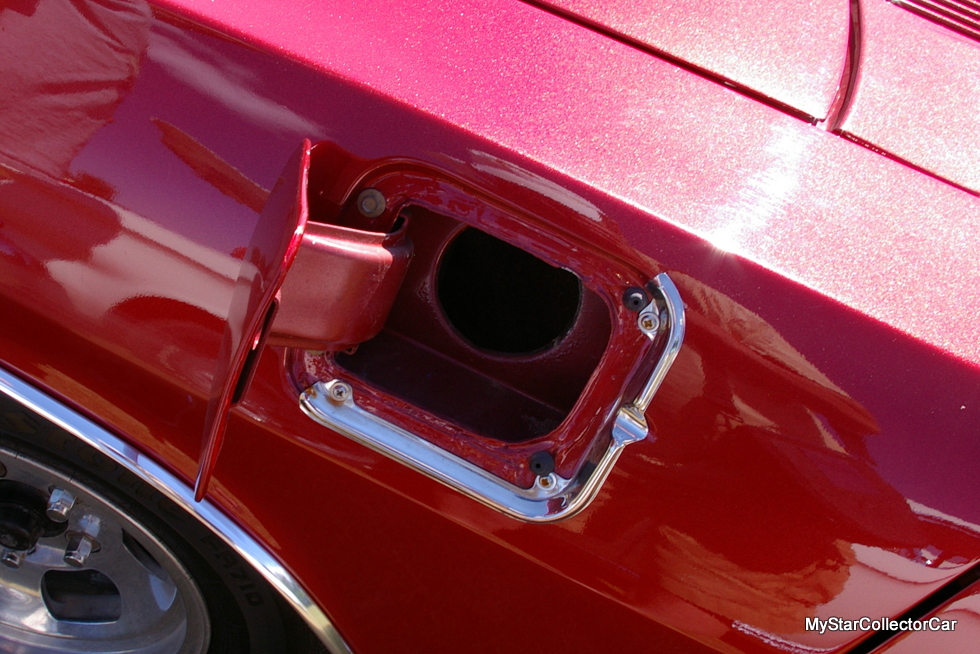 The seats in the Corvair were donated by a Nissan truck and the all-coil suspension in the car provides a comfortable ride. 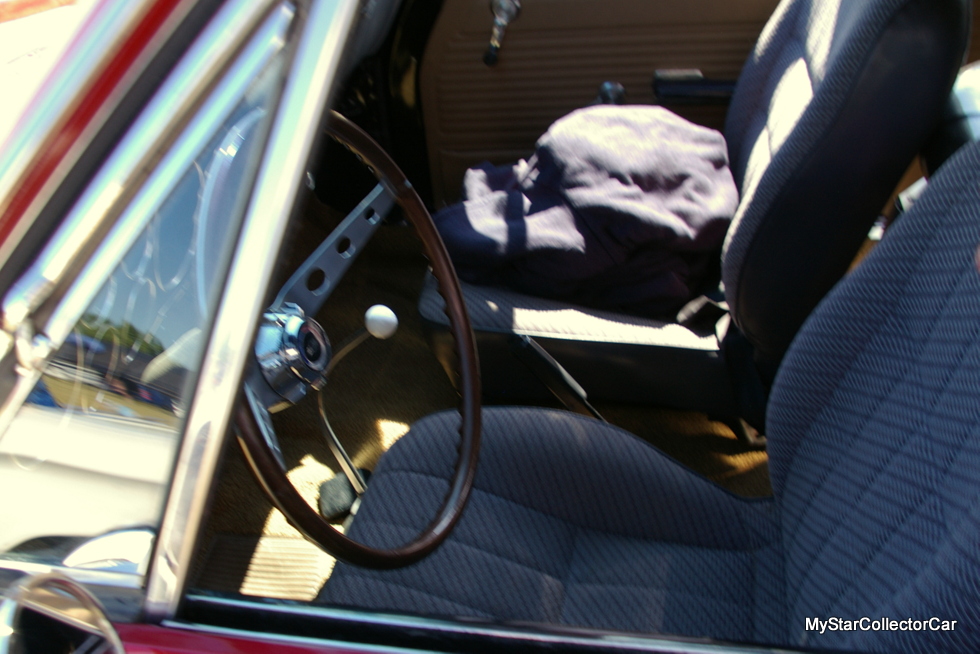 Dick used a Corvair 4-speed manual transmission and relies upon its original drum brakes to stop the car. He also used the Corvair’s original telescopic steering column and wheel to guide the car down the road. 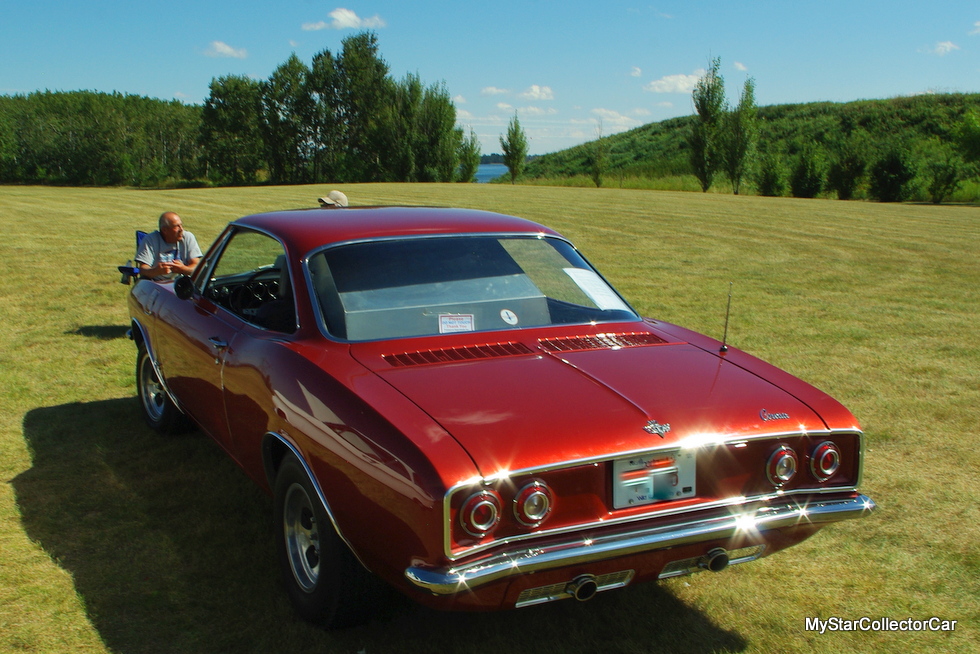 The finished product is a 54-year-old car that belongs on a modern highway-despite what Ralph Nader had to say about the car in 1965.