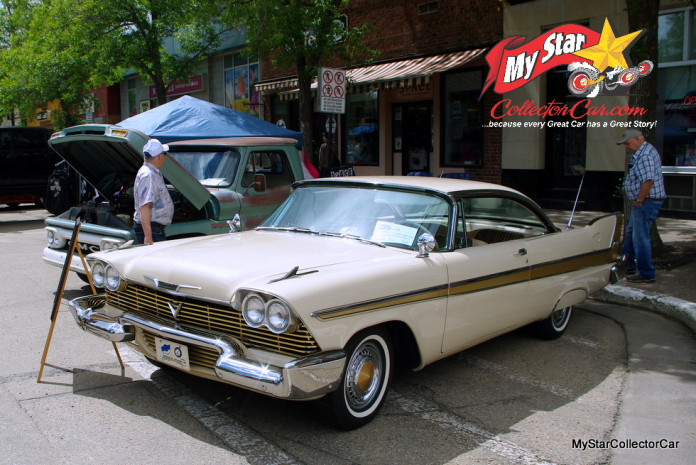 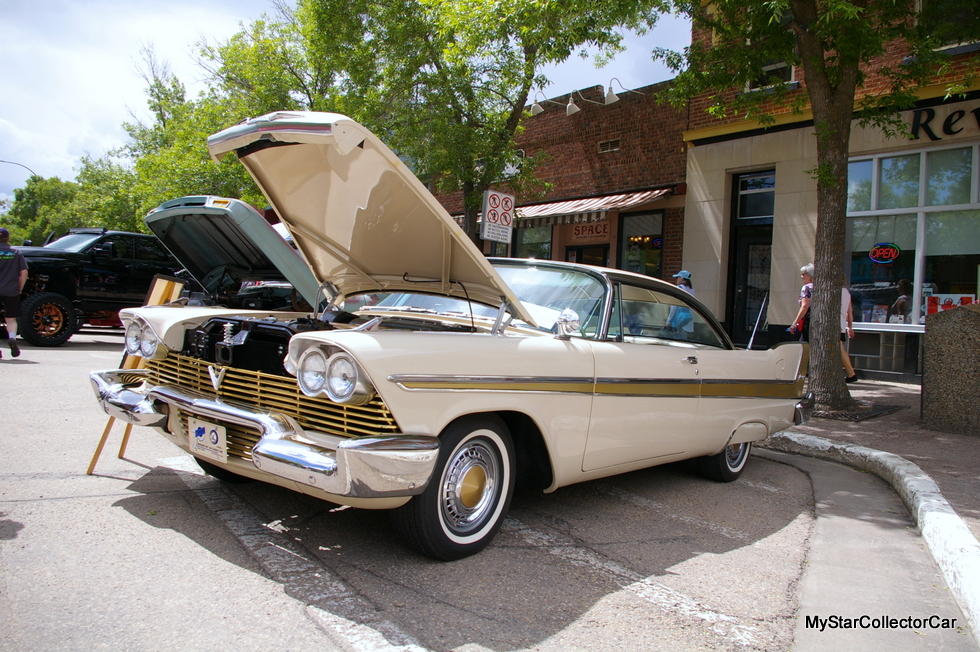 Restoration is a subjective term.

Some cars are sold as ‘fully-restored’ but the next owner finds out restoration standards vary wildly between sellers.

This ’58 Plymouth Fury was at the low end of the honesty scale. 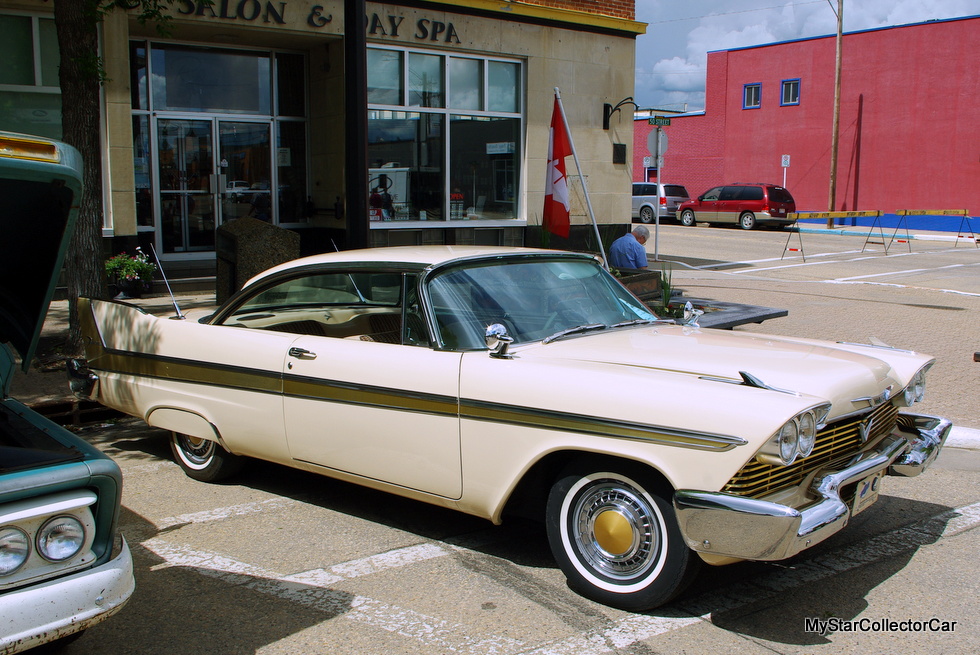 Howard Hildebrand bought this classic Exner era Mopar back in 1993 when these cars were still in the “relatively affordable” range. He paid full market value for what he believed was a top end, frame-off, restored ’58 Fury but it wasn’t quite as advertised. 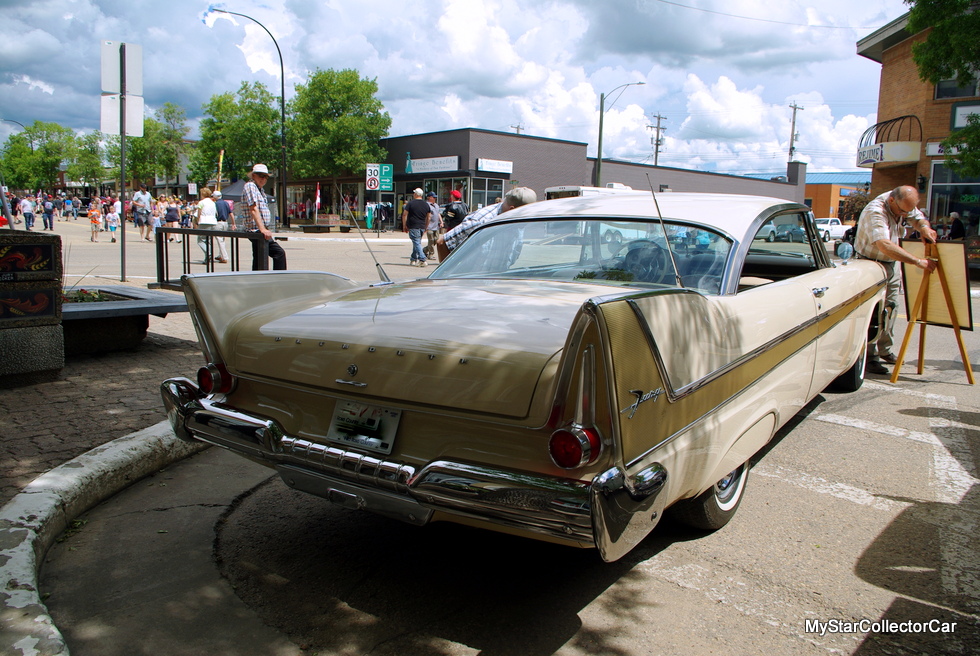 Howard bought a one-way ticket to New Hampshire because he wanted to drive his newly-acquired Fury home to western Canada. He was profoundly disappointed when he saw the car because it wasn’t even close to the seller’s description. He was stuck because he’d brought a certified check so there was no room for negotiation. 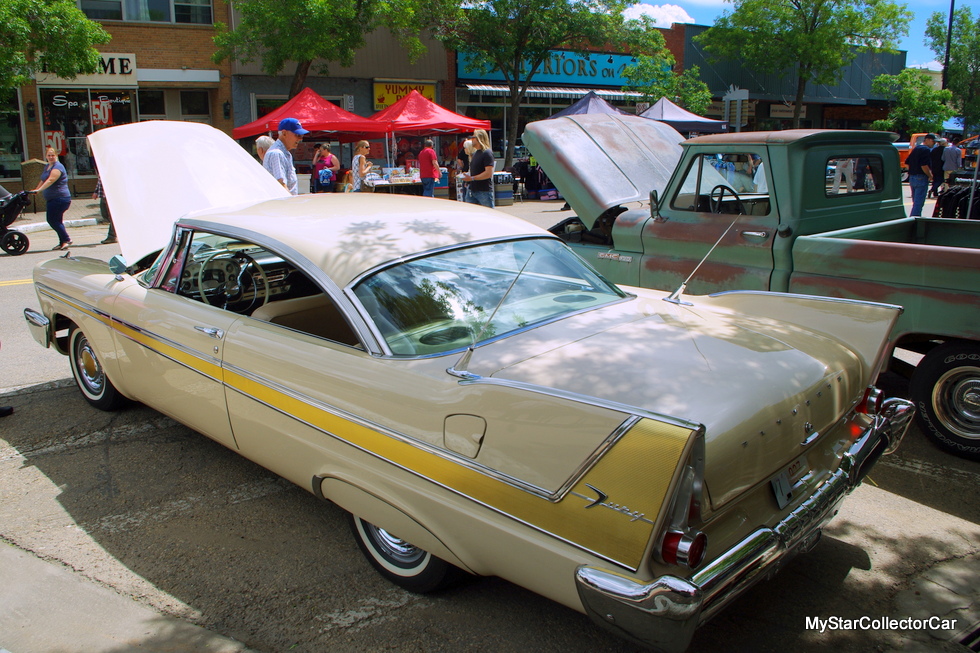 He took the Fury as-is and started the long trek home. Howard decided to open it up a bit on the first freeway he hit (about 40 miles from where he bought it) and the car “started making horrible noises” so he stopped, opened up the hood and found out the rocker arms were put in backwards so “he bent a bunch of pushrods”. Luck was on his side because he found some pushrods in the trunk so he installed the pushrods, put the rocker arms in the right position and buttoned up the engine. 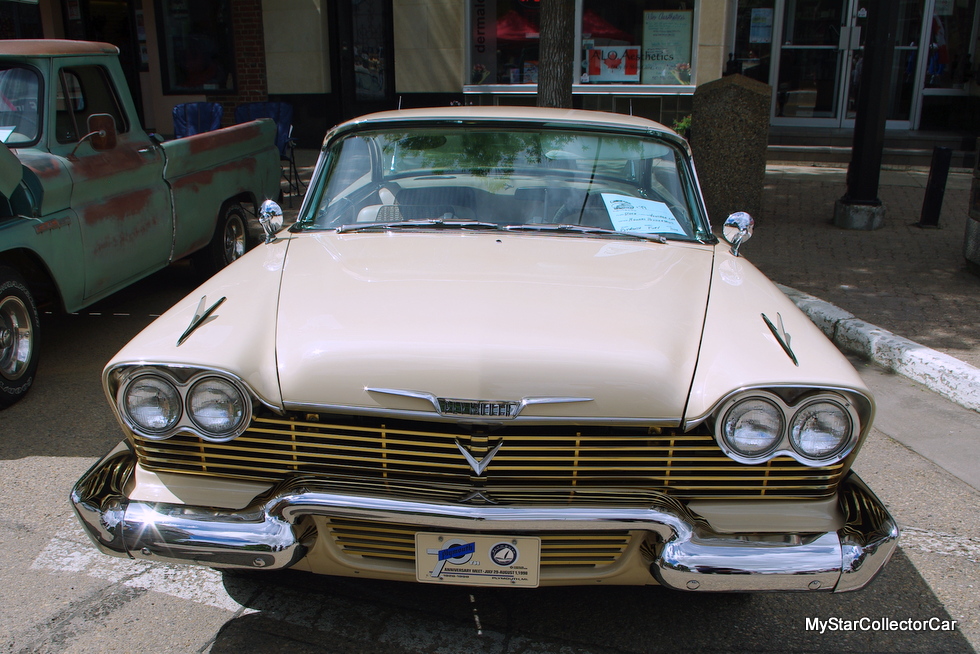 The adventure didn’t end there—the Fury overheated all the way home so Howard drove it day and night and made many stops along the way to top up the radiator.  “It started every time after it overheated”, Howard said—until a month after he got it home—then the starter quit.

There was no question Howard had a lot less than advertised sitting in his garage so he knew he was in for a massive restoration. The only advantage he had was the Fury’s Arizona heritage because this car was 100% rust-free so he was ahead of the game in the body department with one exception—there was a big scrape on the passenger quarter panel. 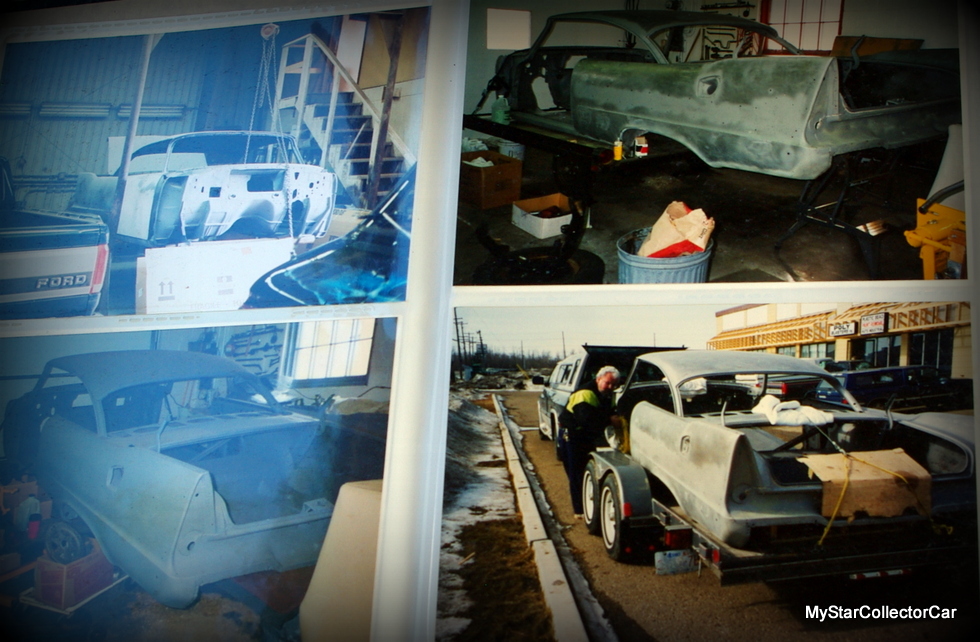 Howard put the car in his shop in 1993 and the Fury didn’t see daylight until 2001. This was a long, difficult process so there many occasions when Howard walked away from it in frustration and turned his attention to other projects. 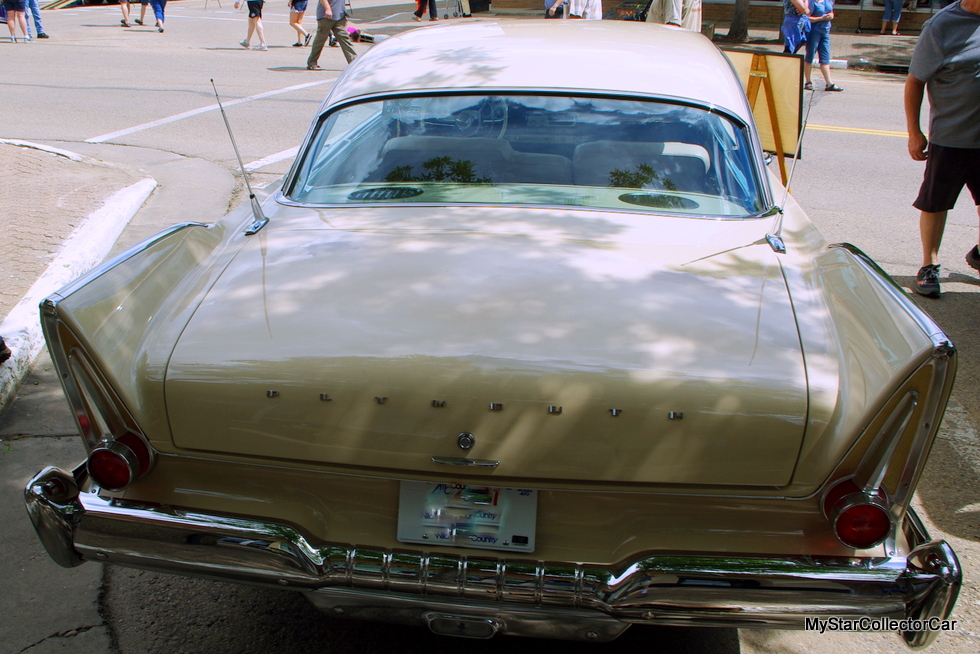 The electrical system was a disaster and the engine and transmission needed a lot of work so Howard had a huge list of things that needed to be done on the Fury. The interior was a mix of good and bad because the seats were done and only needed new padding but the door panels were simply vinyl over junk. 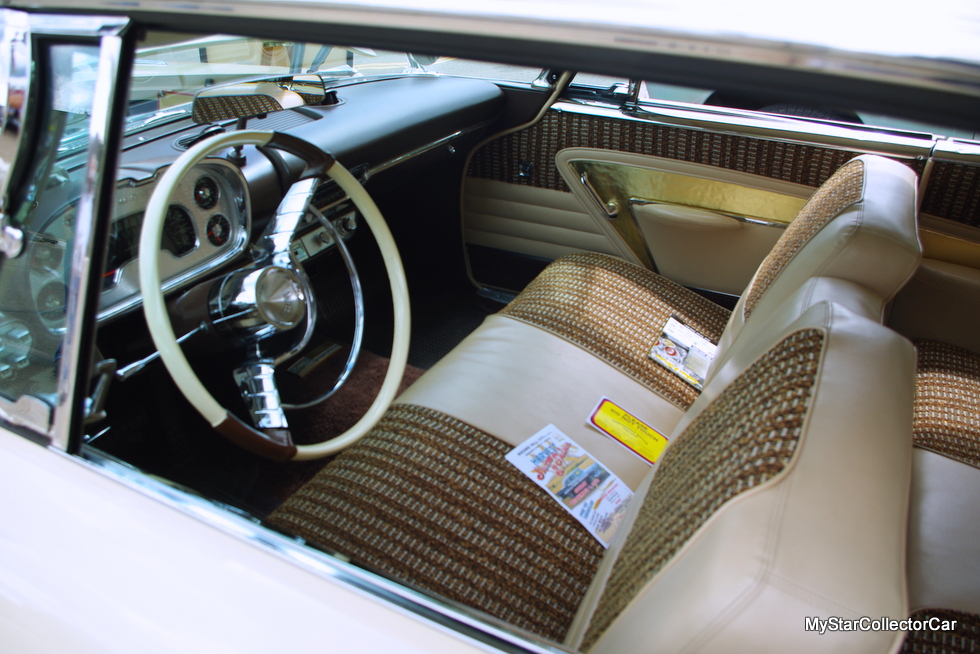 The Fury was worth Howard’s extraordinary effort because this is one of the most highly-optioned ’58 Plymouths on the planet. It has power everything, it’s one of the few that came with factory air conditioning and it’s a 350 cubic inch dual quad carb car. 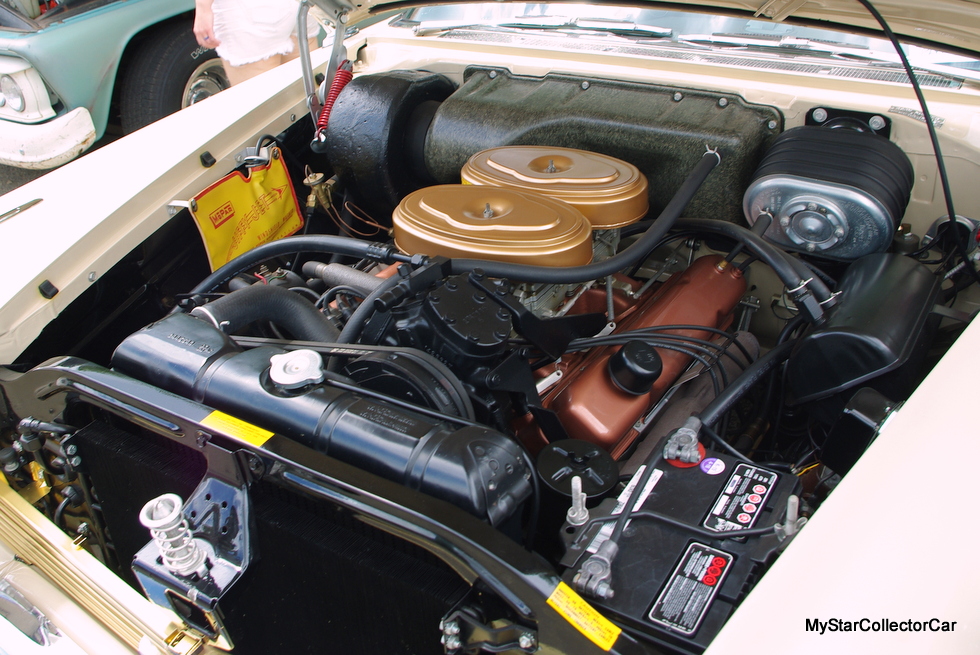 It’s been 19 years since Howard rolled his freshly-restored ’58 Fury out of the shop but it still looks like it was done yesterday. Howard still loves time behind the wheel and he enjoys it a lot more since he added radial tires to the equation—he says it performs like a completely different car on the highway. 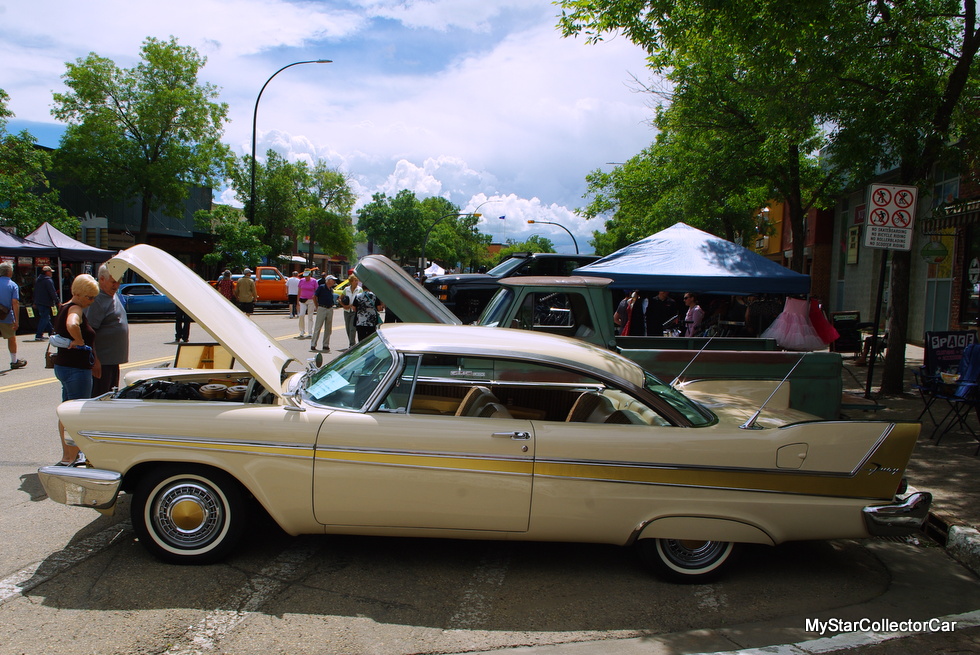 Howard is still amazed at the Fury—he said when he looks at extent of the project he can’t believe he did it. It was  literally a long and winding road the day he bought the Fury but the journey was worth it.