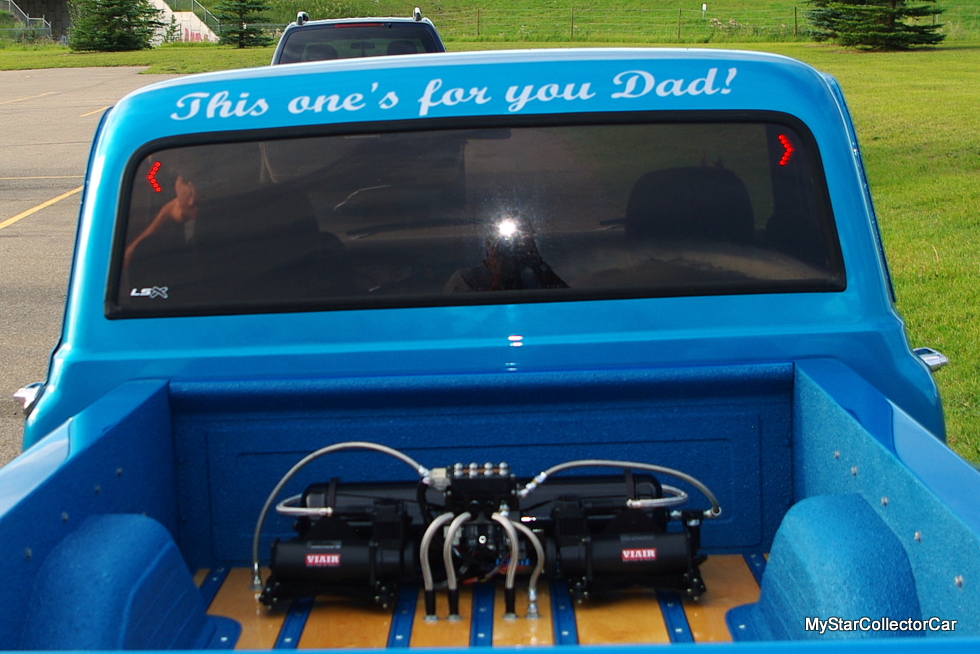 The best connection in the old car hobby is the family connection.

‘This is a culture based on the most positive features of the past because the rides go back to a time when life was simpler, music was better and cars were definitely cooler.’ 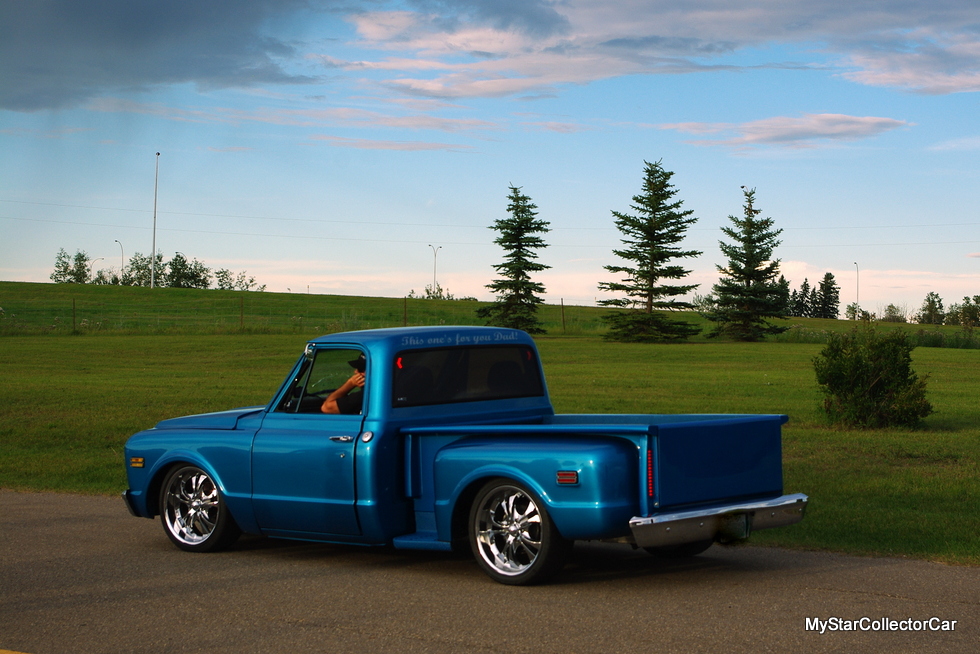 Trevor Klinger is the proud owner of a ’68 GMC pickup and the first thing you see is the graphic on the back —“This One’s For You Dad”. 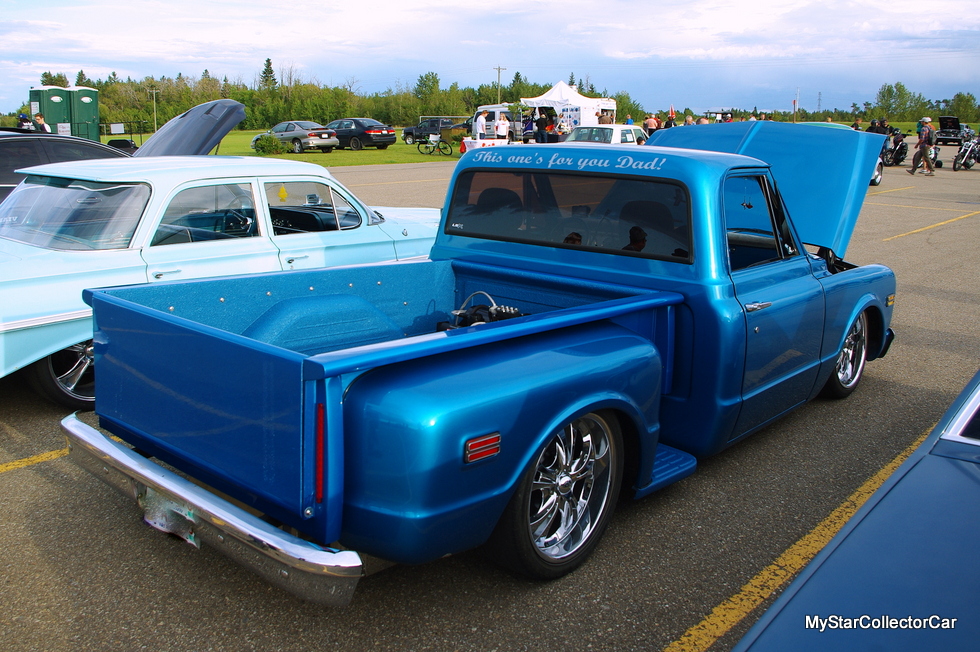 Trevor said his “wife got it (rear graphic) for him for Father’s Day” and she had it recreated exactly—right down to the proper font so the tradition carries on. 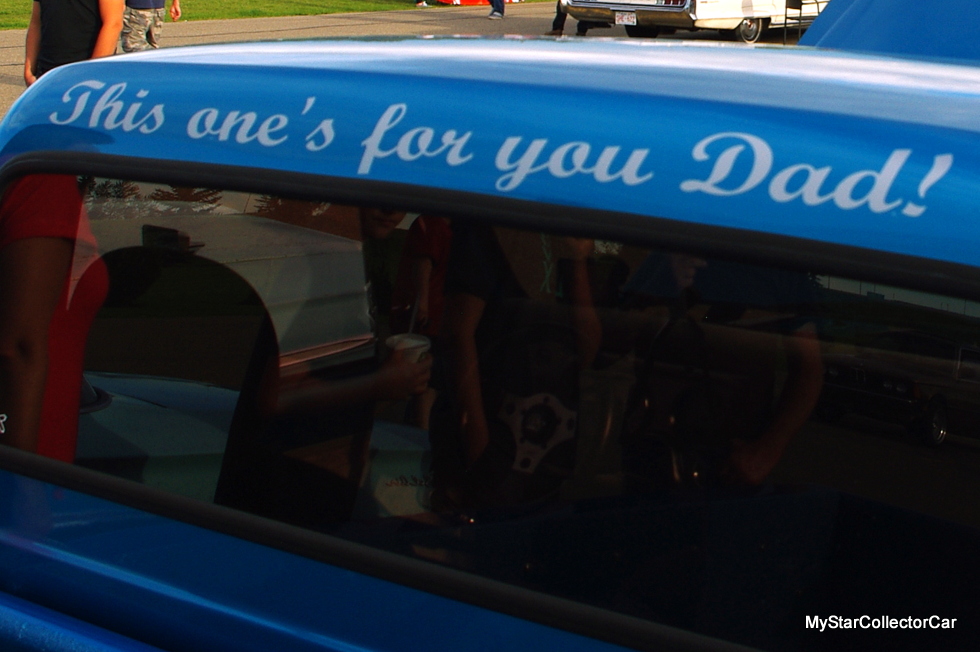 The Father’s Day theme played throughout this project because Trevor “got the truck 12 years ago, picked it up on Father’s Day”. This was a decent starting point for a project because the bodywork was done so Trevor just “redid the box” but this GMC was originally “pulled out of the bush”. 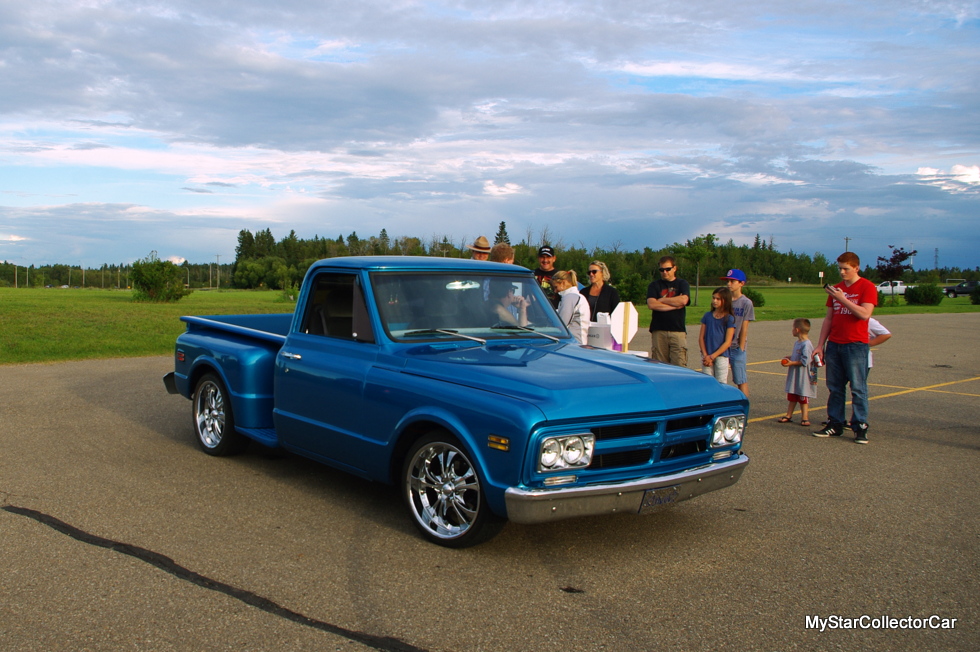 Trevor also added his own touches to the GMC like frenched taillights and a hidden gas cap then he focused on the power train. 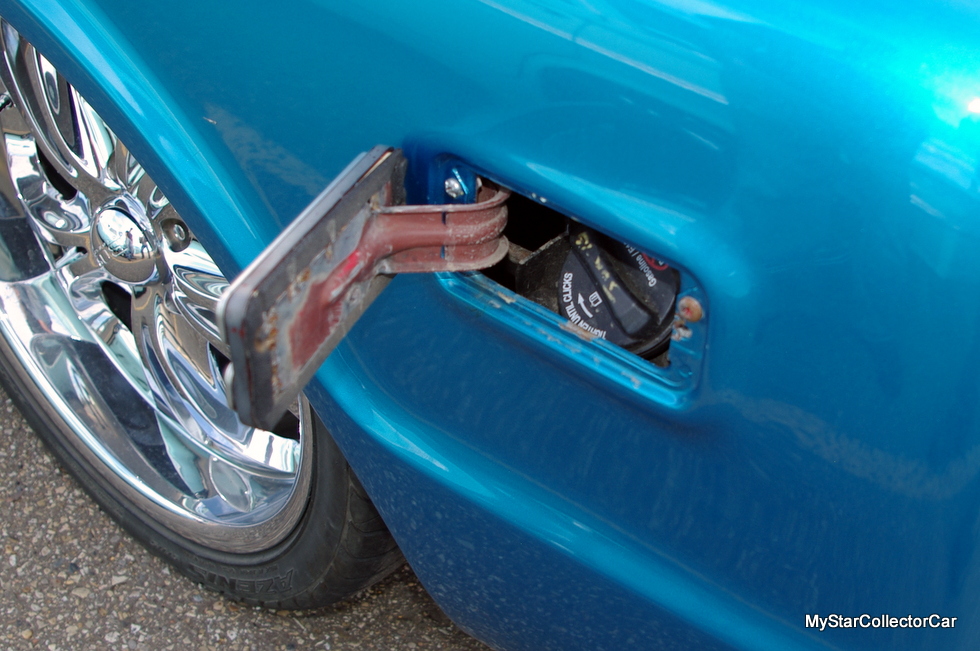 This is a 5.3 LS engine, ’69 GMC truck now and Trevor said it “fit in there awesome—lots of room plus it gets 18-20 miles per gallon”. There’s an aluminum radiator under the hood now but it’s “not a high performance radiator”. 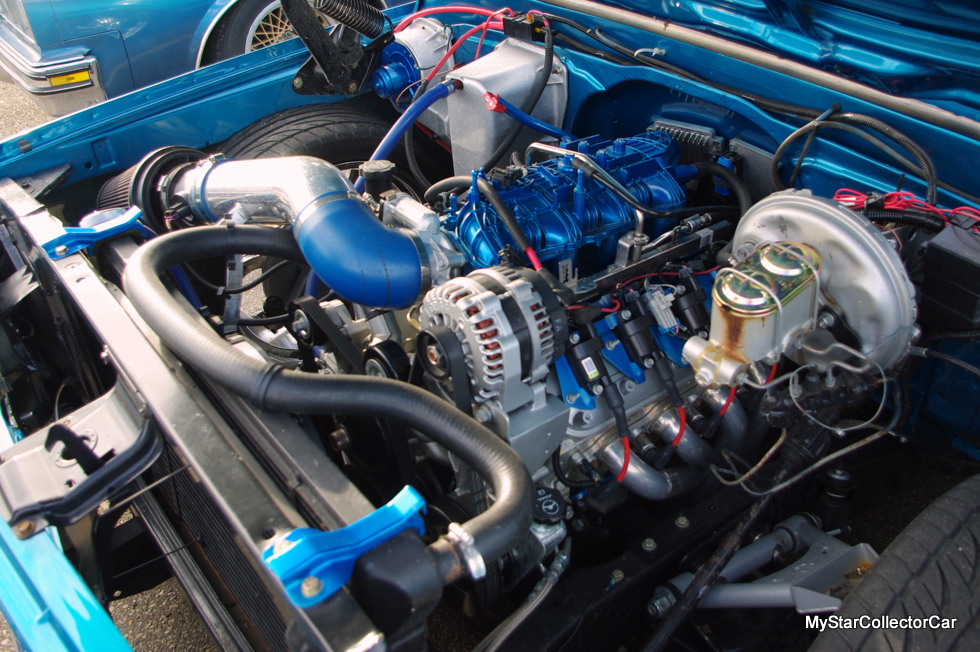 The truck has tubular control arms and air now but the suspension is basically a stock ’71 Chevy with a 2” drop and Trevor described the driveability as “great, it’s really smooth because of the air”. 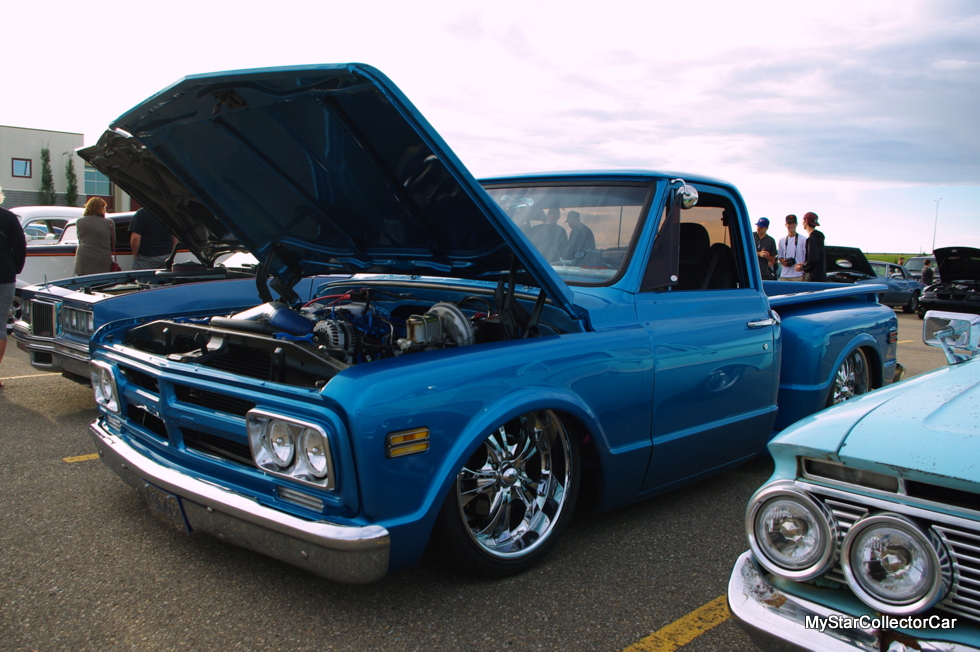 The key to any wife-old iron battle is buy-in from the wife side of the equation and Trevor has banked a lot of spousal goodwill on this ’68 GMC. He started with the addition of 2005 Silverado seats with the middle back feature so “both kids can ride in it now”. 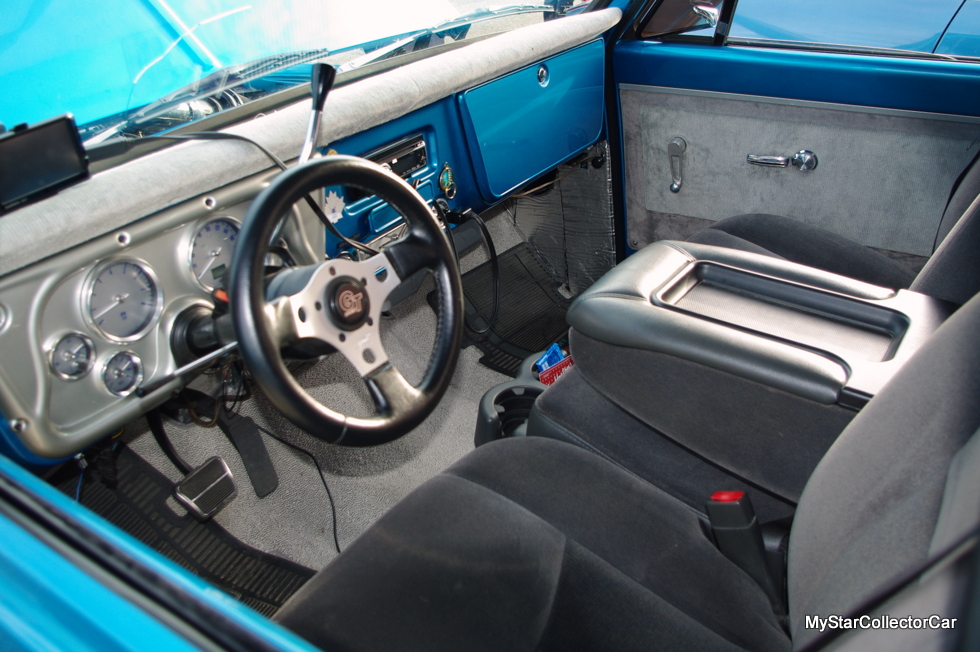 The biggest factor is this—Trevor said his wife “loves driving the truck because it’s so easy. She hits a button and it goes to a pre-set ride”. The fuel injection also makes the truck infinitely more reliable in real-world traffic so that’s another card in the deck for Trevor’s wife and her wheel time in the GMC. 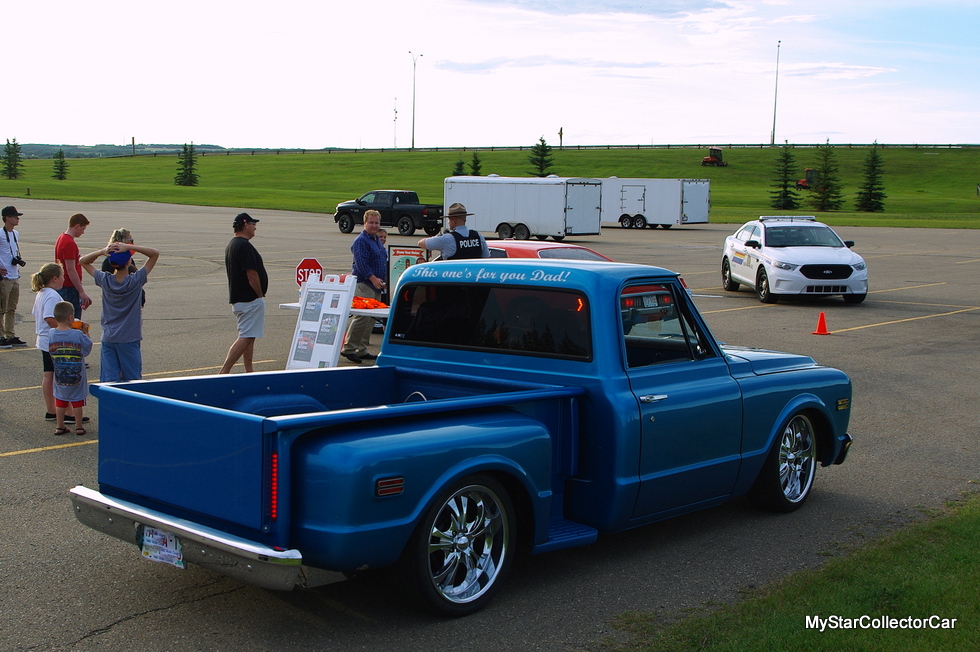 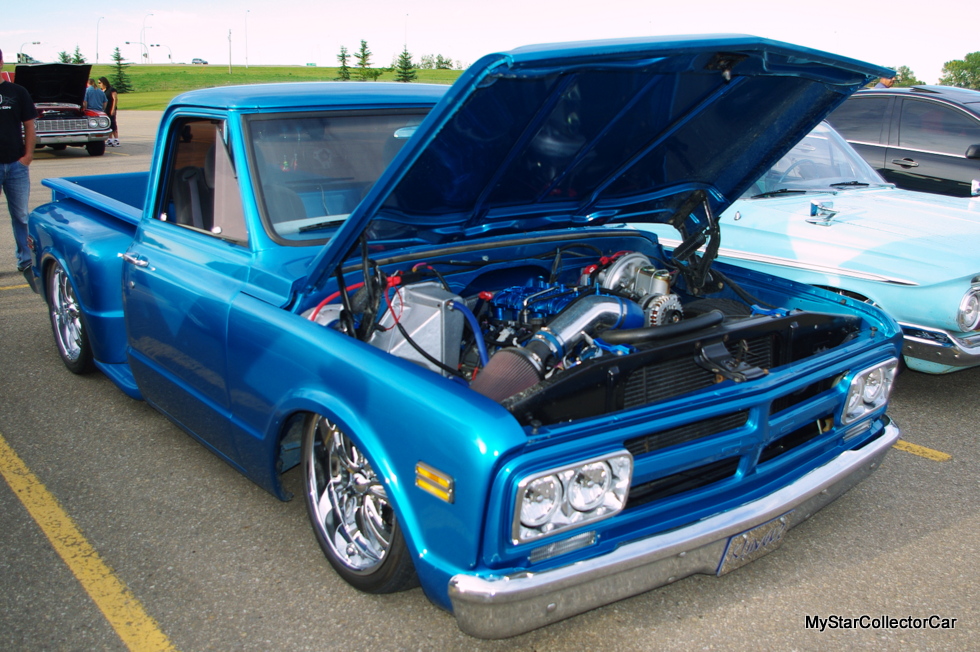 The family ties to this truck clearly span several Klinger generations from Trevor’s son Tanner because he went to his first drive-in in this GMC when he was two months old plus both kids love this truck. 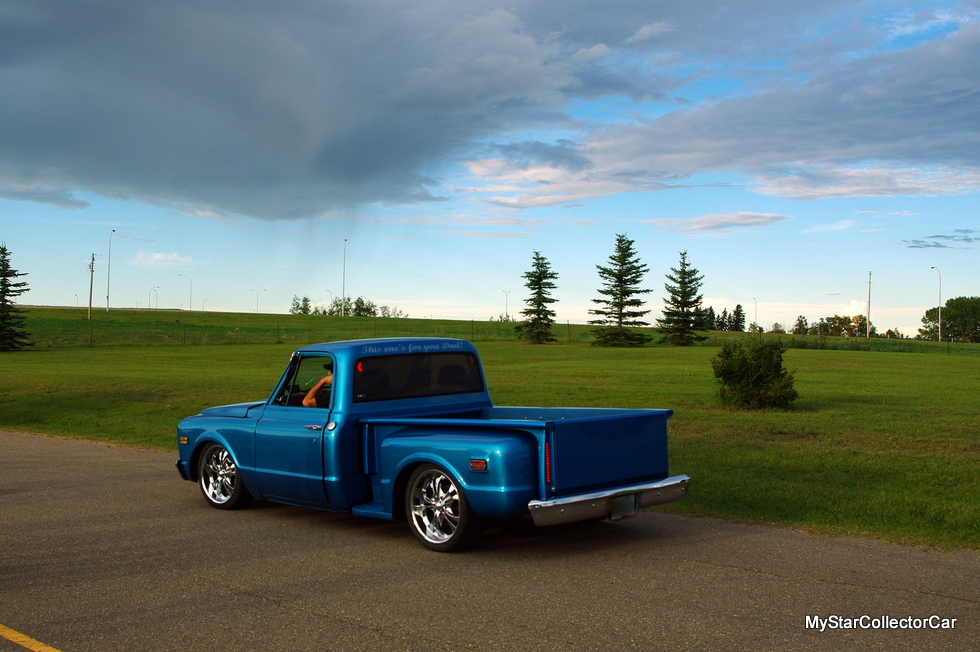 The other huge factor is Trevor’s father. Trevor said after his dad passed away he “gained a whole new respect” for his last name and he knows his “dad would’ve loved this truck” as much as he does for one  basic reason. 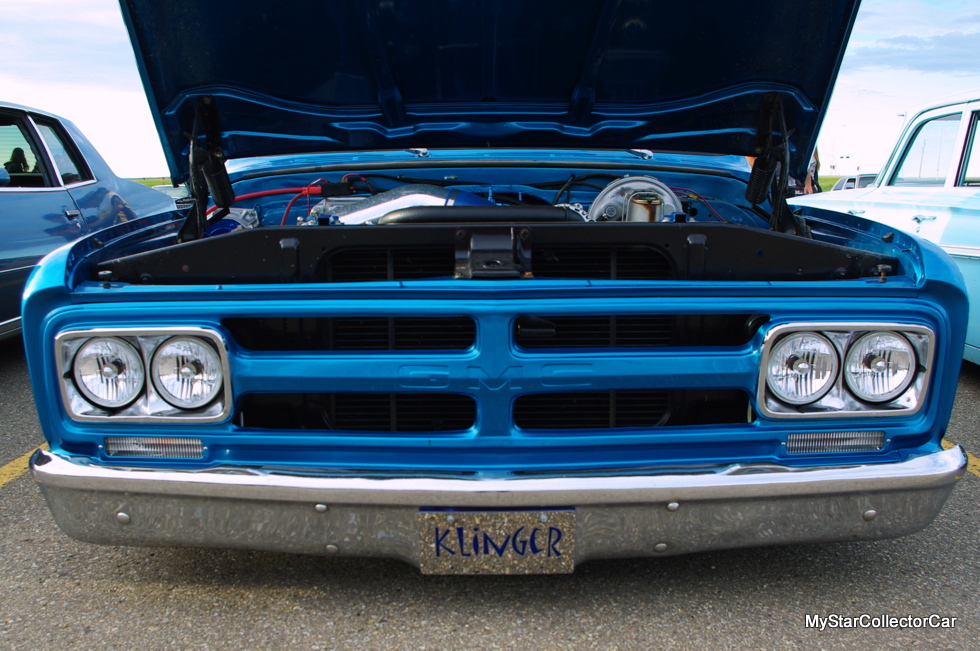 “He was a Chevy man—smart man”.