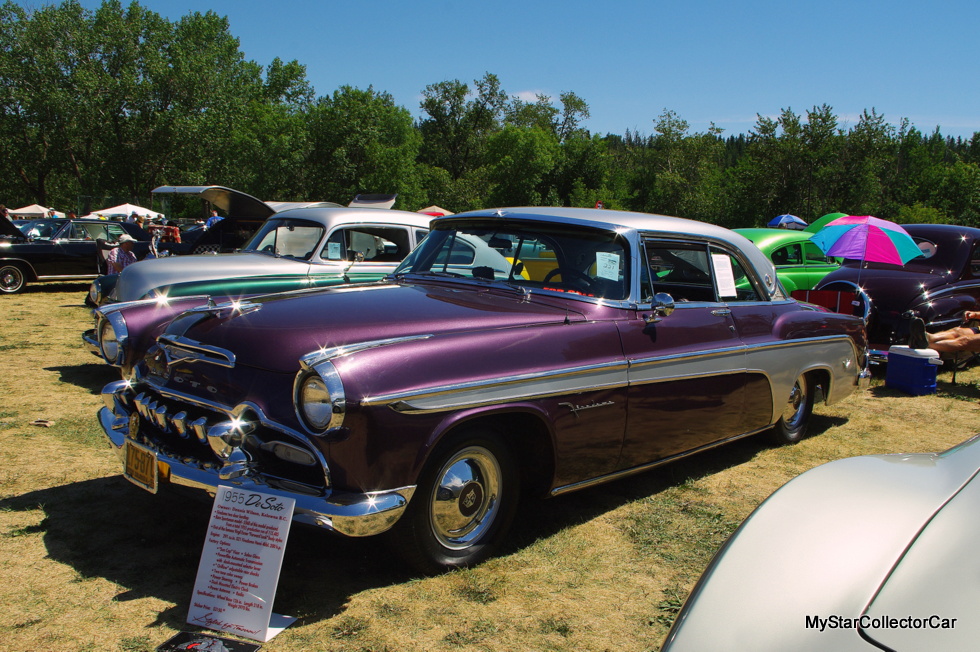 DeSoto was a storied name at Chrysler for many decades.

They were “in-between cars” because DeSotos fell in between the higher-end Chryslers and the lower-end Plymouths and they were in the gray area of the Dodge realm.

‘This overlap ultimately sealed the DeSoto’s fate and the same fate awaited its cousin, the Plymouth a few decades after the last DeSoto rolled off the line for the ’61 model year—those cars were essentially facing a curtain fall because the lower end ’61 Chryslers were destined for the DeSoto market.’ 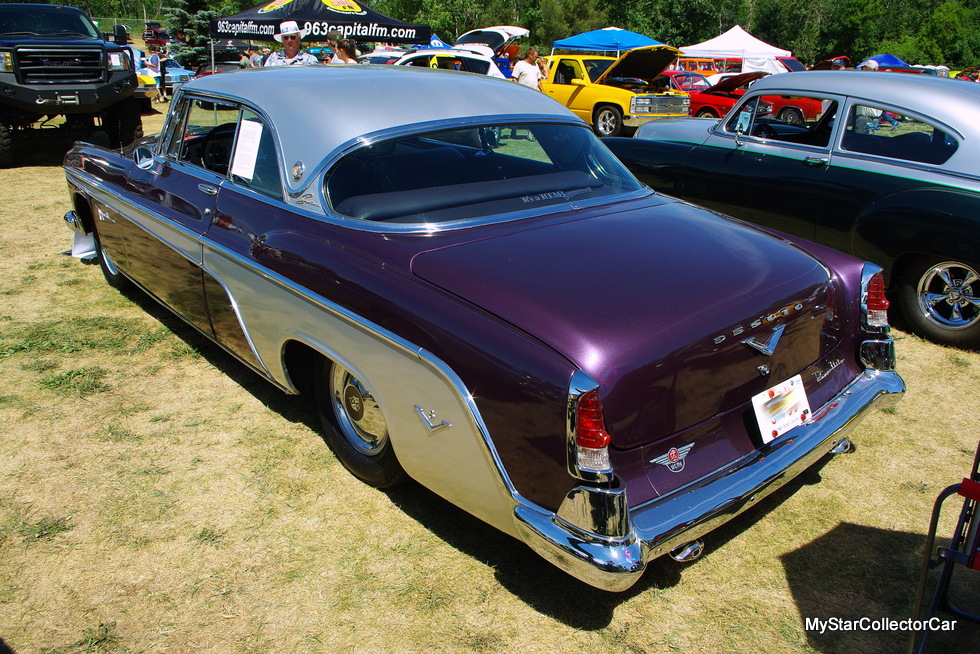 Dennis Wilson bought his ’55 DeSoto because he wanted “something out of the ordinary” and this car certainly fit the bill. Dennis owned a ’46 Ford before the DeSoto so the leap into something more obscure was pretty large when he found it eight years ago.

He found the car in Langley, BC where it rested comfortably in the hands of a collector. It was originally sent to its first owner in Los Angeles after leaving the factory in Detroit on July 7, 1955. Two years later, it went to Denver with a new owner for the next 47 years and then the nephew of the late 2nd owner sold it to a new owner. That owner just bought a Woody so the DeSoto was expendable. Dennis pounced on the opportunity to buy this rare piece of Chrysler history and brought it home.

Dennis has exacting standards so he took the car to another level so he “overhauled the engine and did the brakes and transmission”. This is a 291 cubic inch hemi engine and it produces 200 horsepower and that is a bonus to Dennis because he admitted he, “liked the idea of a hemi”. 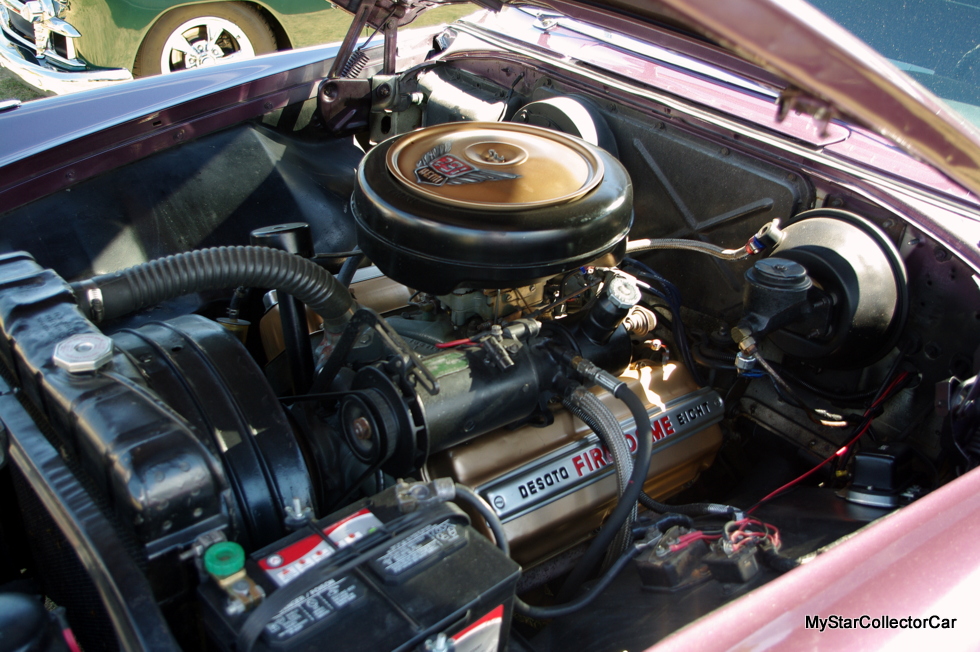 These cars were often pirated for their engines because hot-rodders loved the first generation hemis but this one probably survived because it was a two-door hardtop. Four-door sedans were the victim of choice in most cases when a hemi was lifted out of an early Mopar.

Dennis explained how his DeSoto was a higher-end car so it had factory power steering and brakes to help pilot this massive car around back in the 50s. Dennis is grateful for the extra help but he admits he would have added air conditioning to the car’s option list if he ordered it back in 1955. 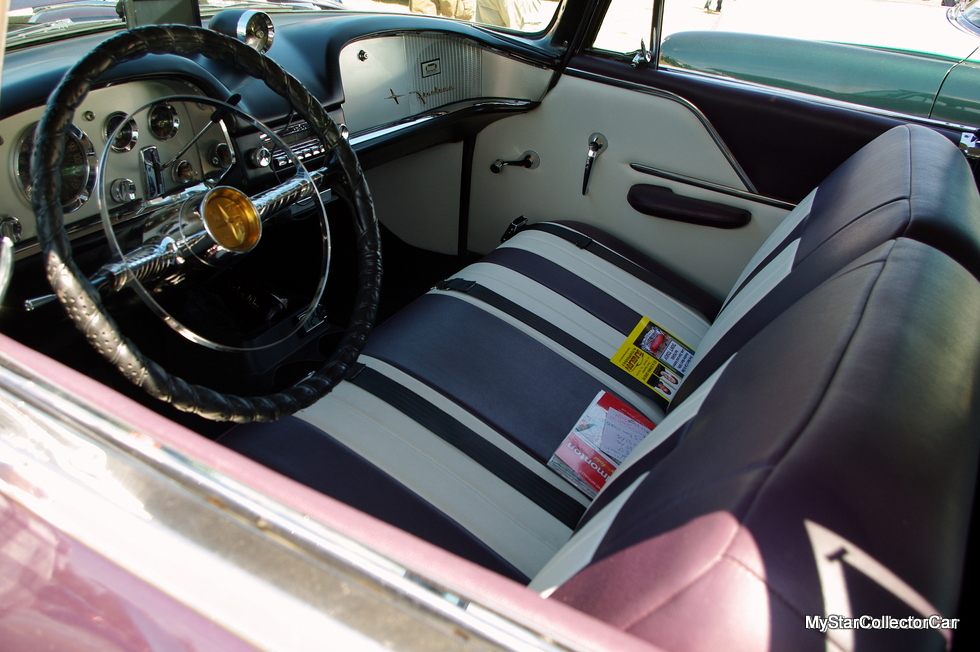 Dennis definitely understands how this vintage Mopar handles  on the road because he’s put 10,000 miles on it since he bought it eight years ago. This car was built for the freeway experience back in the mid-50s and Dennis enthusiastically described his DeSoto as “great on a long trip”. Clearly the hemi offsets the lack of air conditioning in this 61-year-old car. 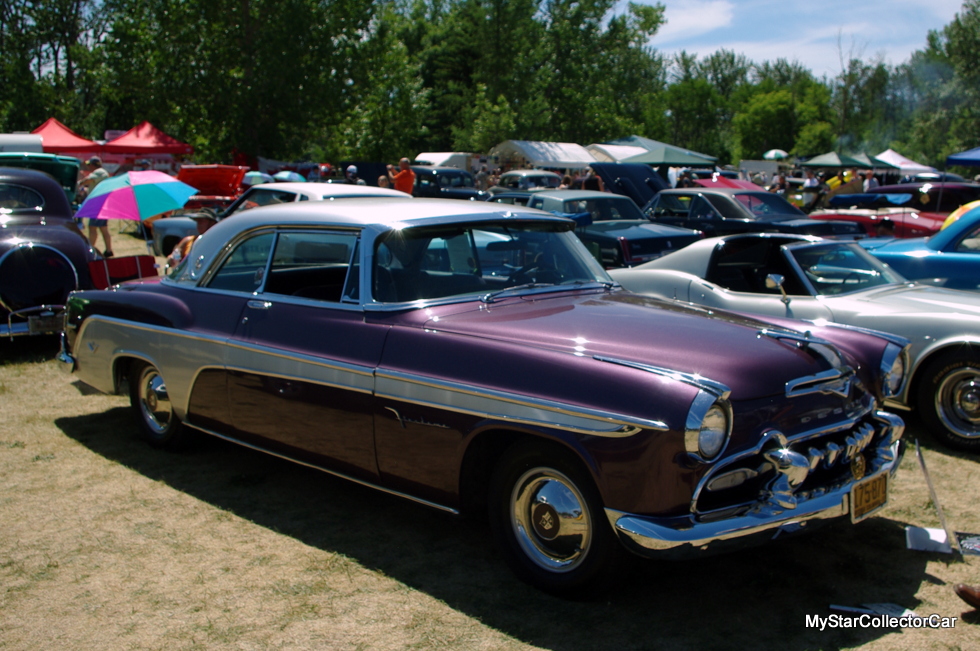 DeSotos were built for the highway and Dennis admitted he “wasn’t watching the speedometer once so he had it up to 80 miles per hour” but he routinely runs it at a more sedate 65-70 miles per hour. 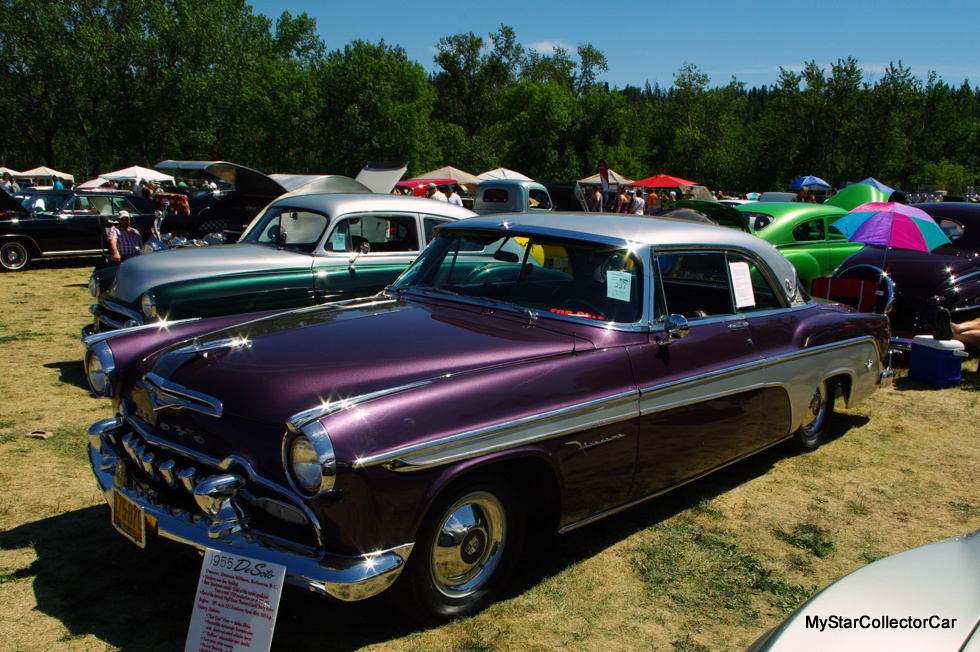 The real test of a car’s popularity is measured by the number of people around it at a car show. Dennis had a mob around this DeSoto through the whole show. He patiently answered all the questions and observations—including the inevitable “my dad/uncle/brother (insert name here) owned one”. 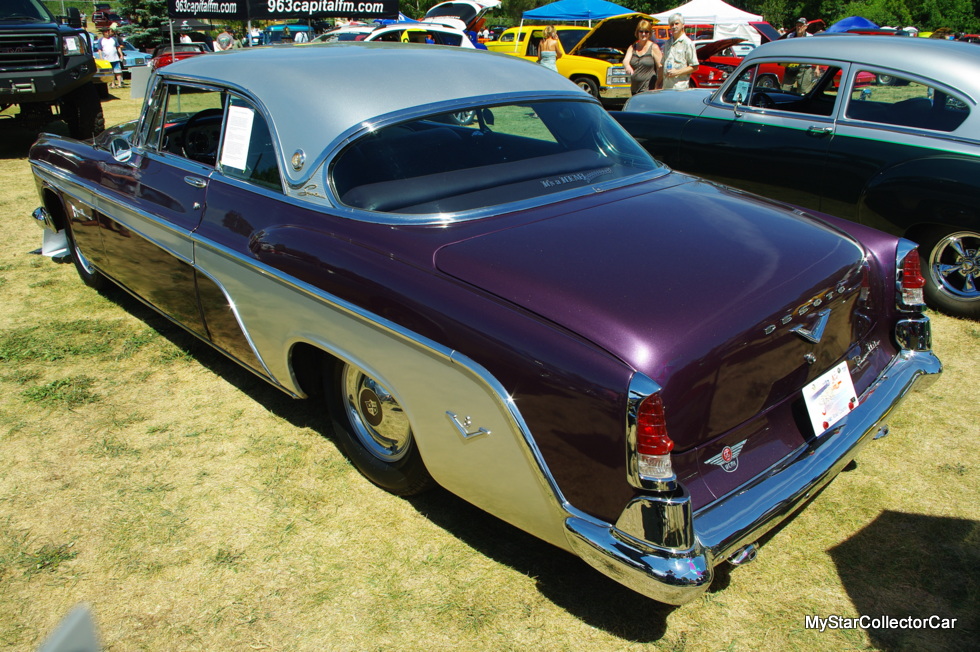 The key to any relationship with a car is to actually like the car or some facet of the car but with Dennis it began because this DeSoto had a hemi.