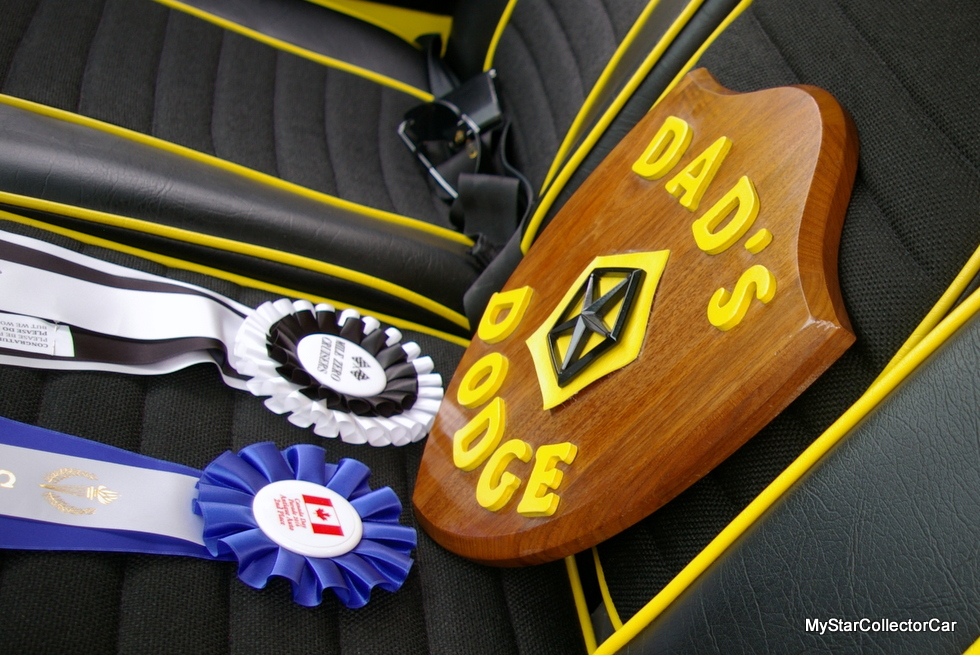 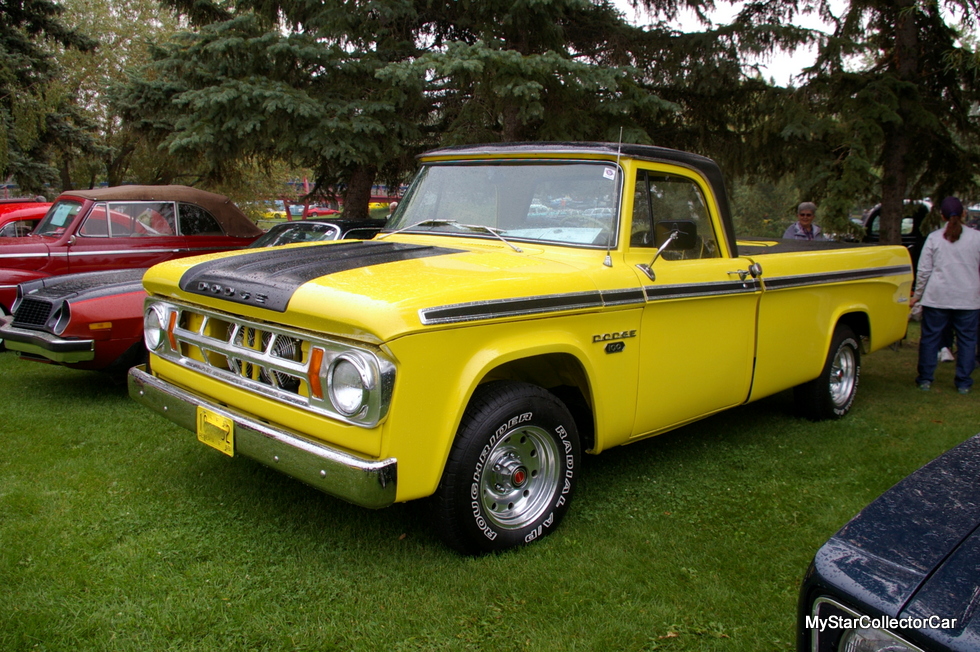 Doug Scherlie was only 18 years old when his father purchased a 1968 Dodge D-100 pickup truck from its previous owner.

Doug was a farm kid and his father was a practical man who rarely spent a lot of money for a vehicle-and was a loyal General Motors man to boot.

However, Doug’s dad had an opportunity to purchase the Dodge truck from its previous owner’s next of kin because the man had died suddenly and the ½ ton was put on the sales block. 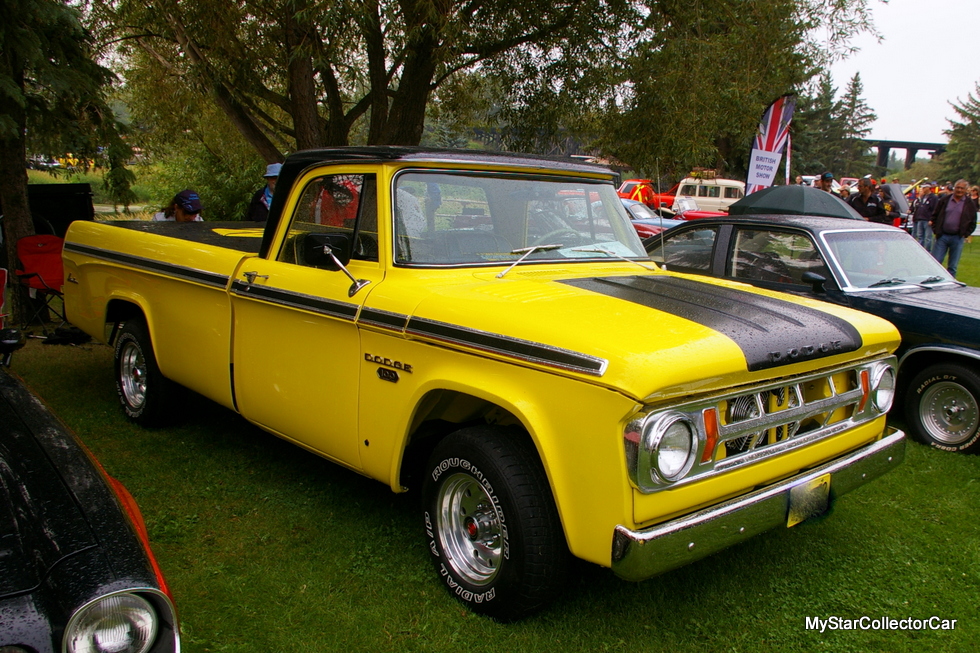 Farm work is not easy. The ‘68 Dodge truck was used on the farm for a variety of jobs that included hauling bales and livestock, along with a memorable moment when the Dodge was used for haying and its muffler provided enough heat to start the dry grass on fire. 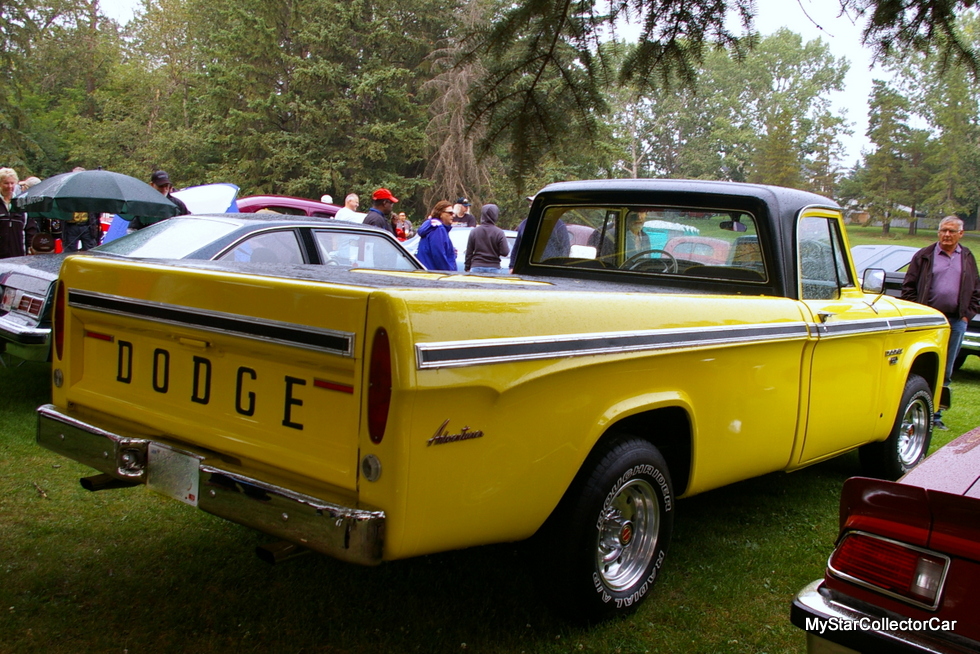 Doug recalls the incident very well because he was behind the wheel of the truck and his father spotted the fire in time to save the Dodge.

The Dodge actually leaned toward the upscale side and has a few options like a dash-mounted automatic transmission selector and a factory vinyl roof that Doug described as a spray-on liner that was not a good idea for the truck. 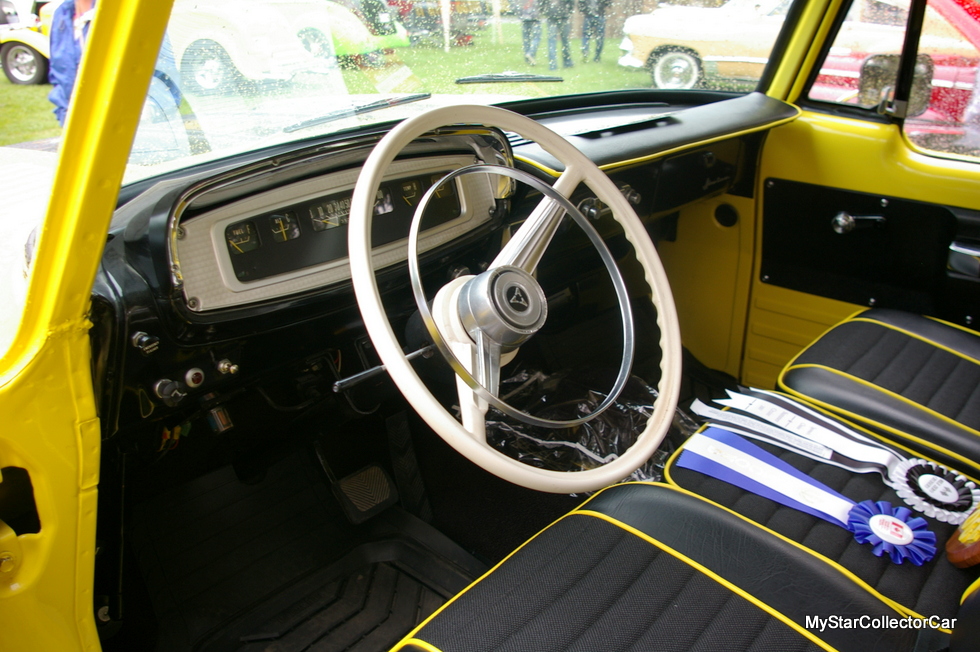 The D-100 pickup also has a big block 383 engine with a dual exhaust system that makes the truck a free-breather on the road. 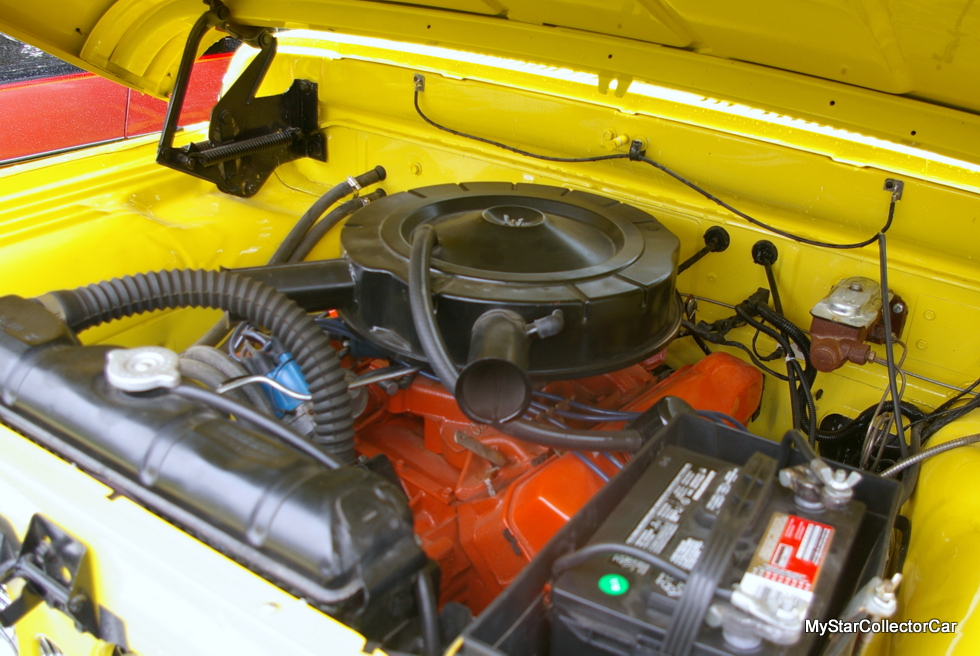 Eventually the Dodge was retired from active use and Doug recalled that his father took his final drive in the pickup in 1984 before it was parked at the farm. Doug noted that a neighbor saved the truck in the late 1970s when the body man got rid of the rust and dents acquired by the Dodge during its long years of hard farm work.

The neighbor also repainted the truck in its original pale yellow factory color during the first restoration but the original paint scheme was not on the table for Doug when he decided to restore the truck a few years ago. 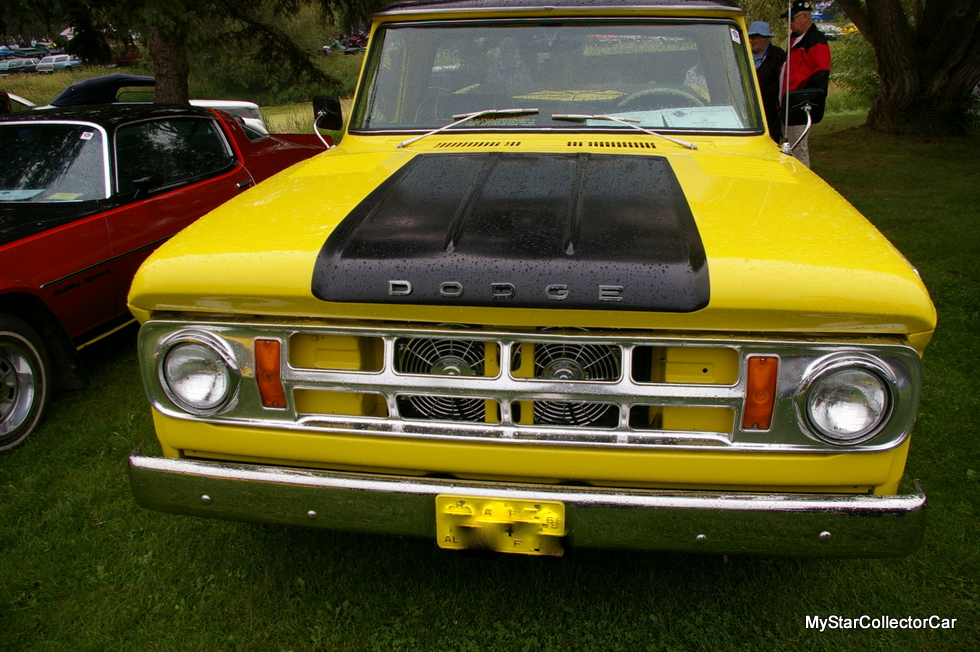 Instead Doug chose a brighter Dodge Challenger yellow color and he replaced the original vinyl roof with a satin black paint scheme. He also used the black color on the truck’s hood to give it a striking two tone style. 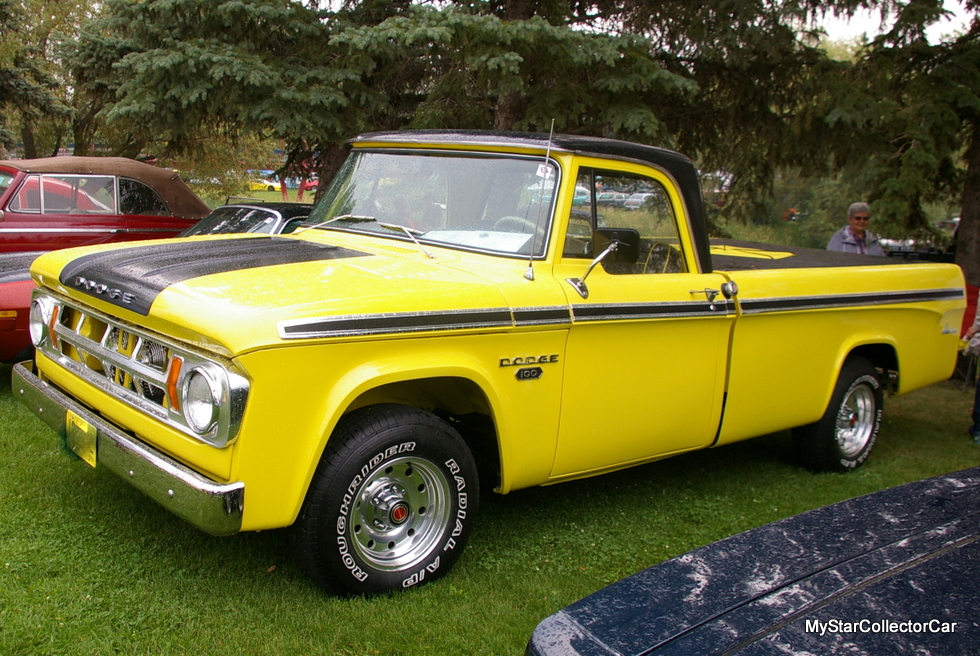 Doug also added a custom bed cover that includes the stylish Chrysler Pentastar emblem. He designed the cover and it was made by a woman who has the proper sewing skills. 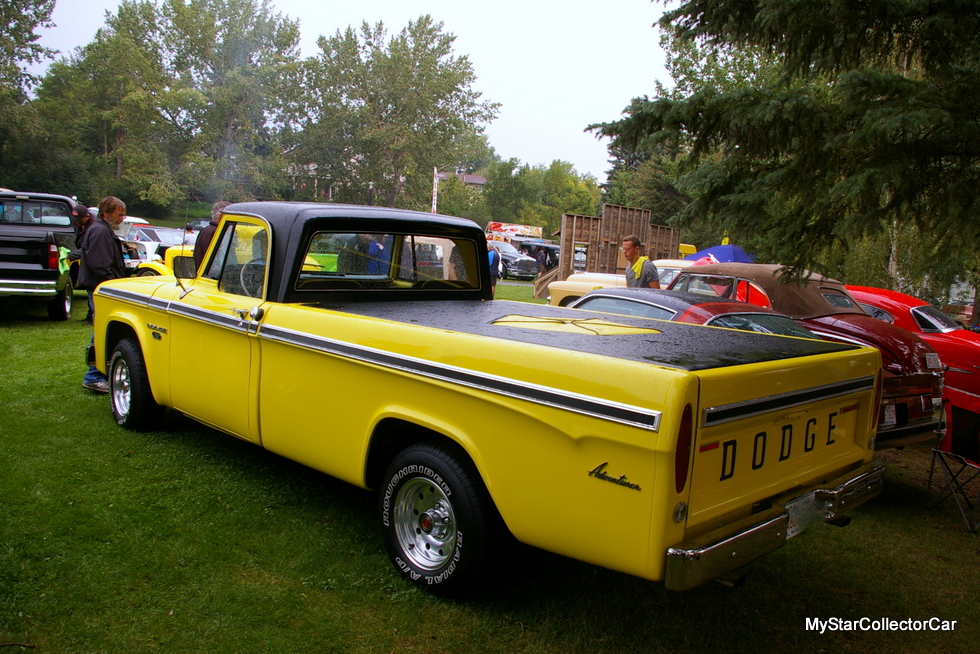 The upholstery in the Dodge was also redone and yellow piping was added to the factory seats during the process. 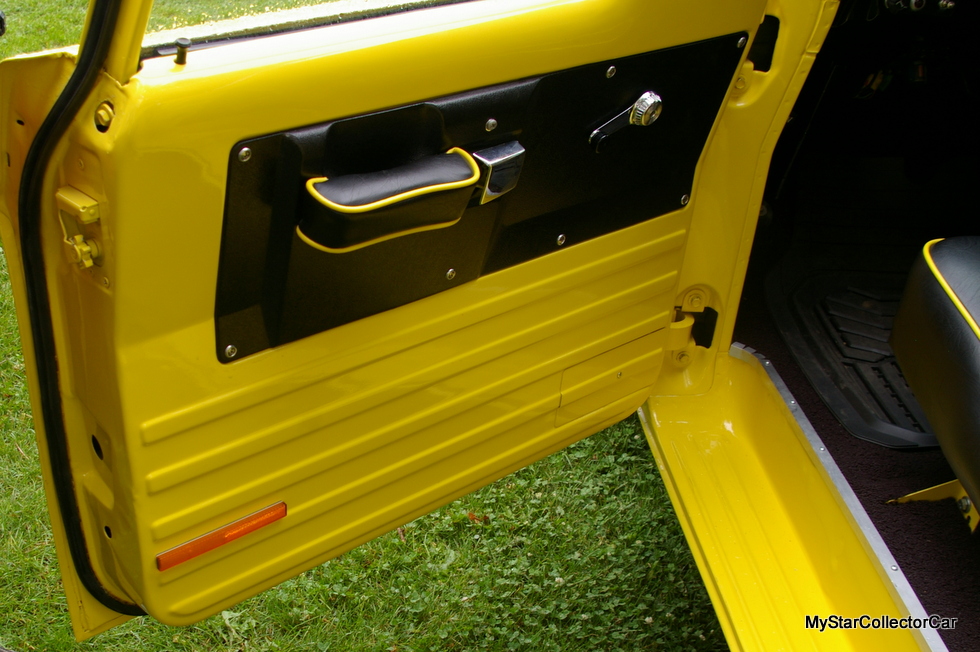 Doug does not use the truck for hard farm work after the restoration but he has used the Dodge D-100 in the occasional parade, so he added dual electric fans to handle the low speed stop-and-go nature of a parade event. 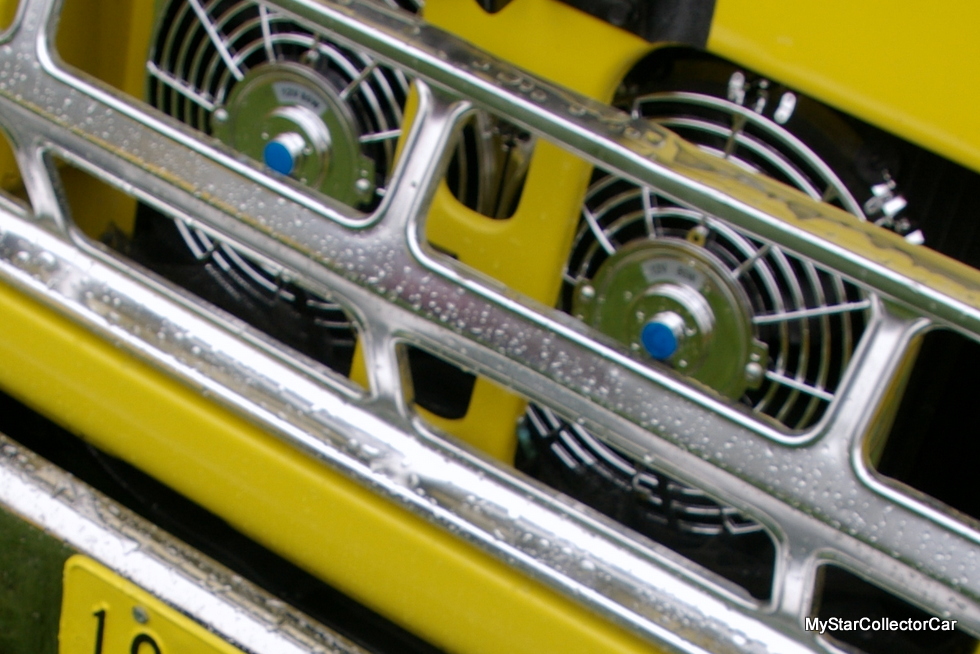 The days of carrying everything from hay bales to farm animals are long gone for the 1968 Dodge D-100 truck. But it will never stop carrying so many memories for Doug because it was his dad’s truck on the family farm a long time ago.