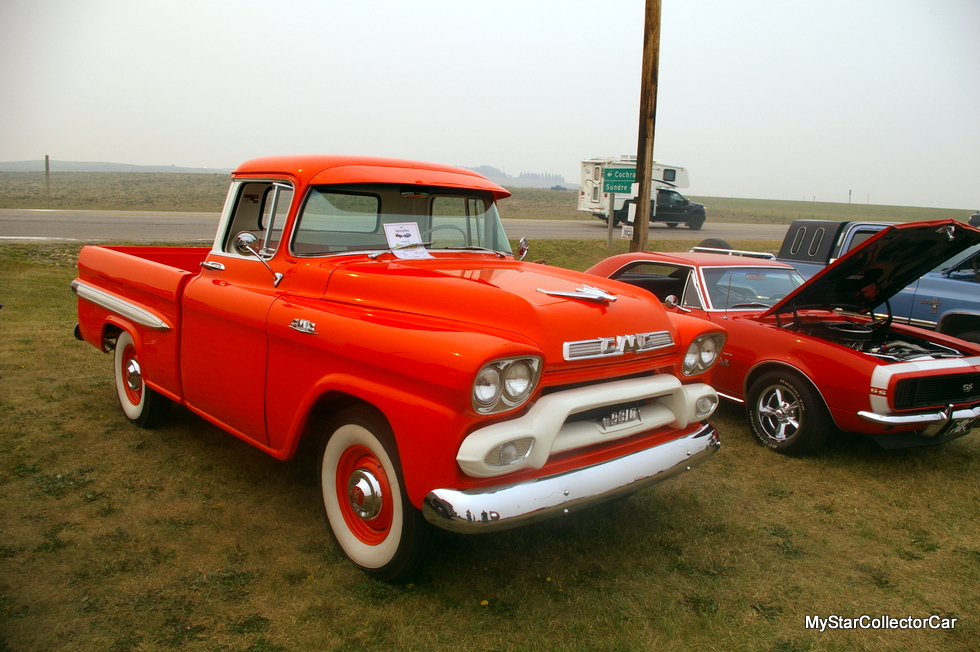 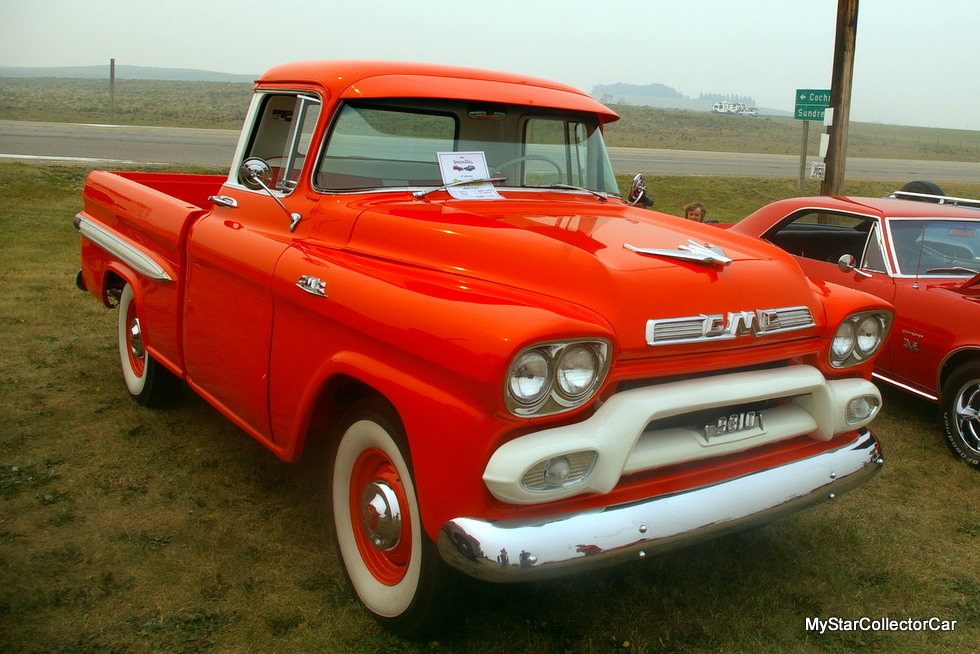 He actually used the truck during his high school years as a daily driver and always had fond memories of the GMC over the years. 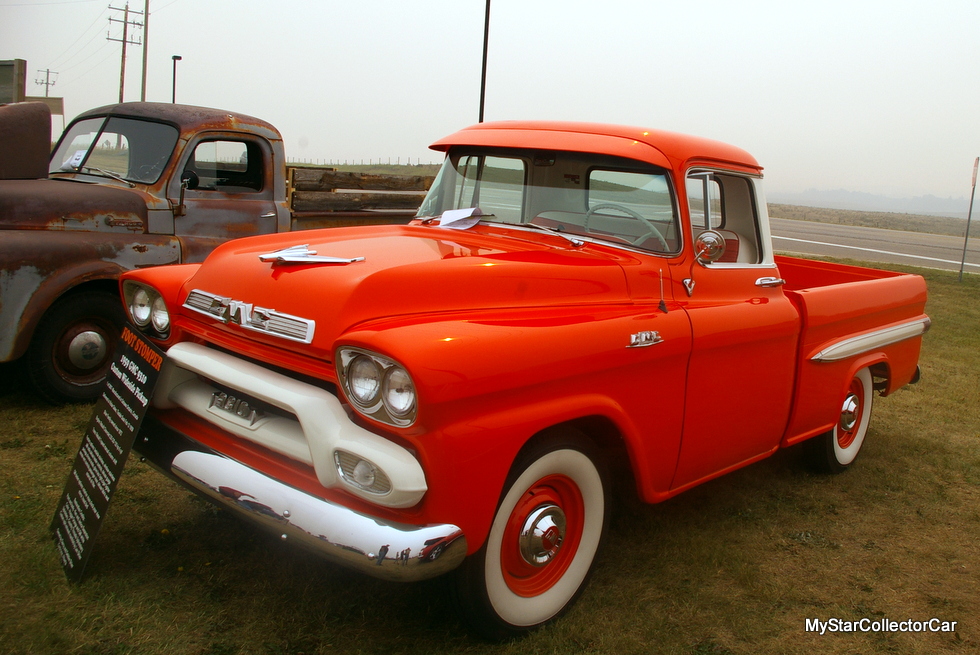 Darcy’s father kept the truck until 2014 when Darcy became its new owner. Darcy decided to restore the 60-year-old truck back to its original glory and began a restoration process that was completed in 2018.

Upon completion, the most important detail left for Darcy was an official unveiling of the GMC for his father. The invitees included the 91-year-old man who sold the truck to his father and the event was an overwhelming success for everyone-including Darcy, his father- and the guy who sold the truck back in ’72. 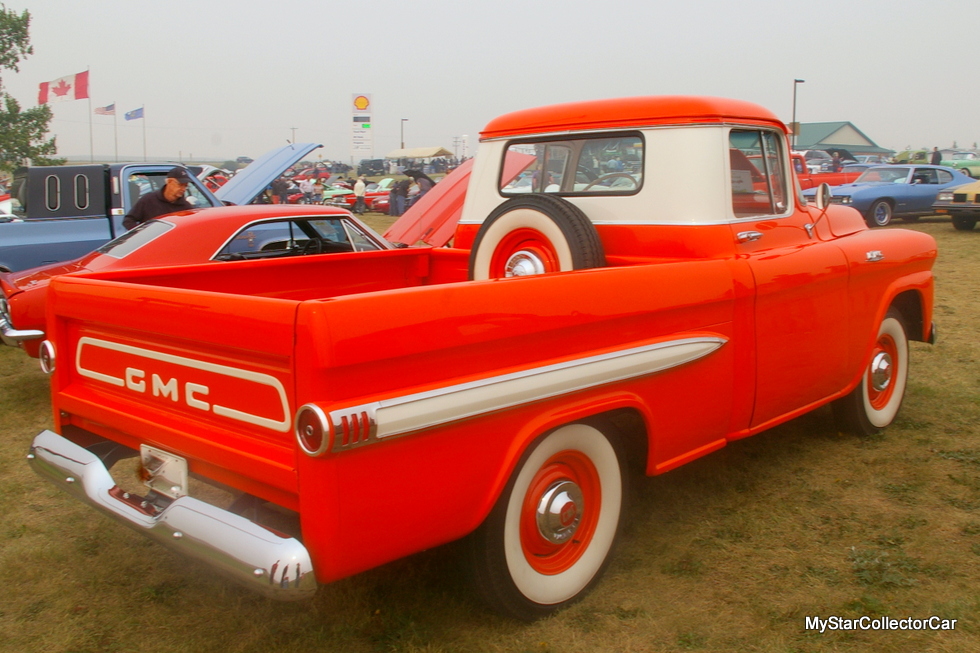 There is no easy game plan for a GMC truck built separately in Canada strictly for a Canadian customer. Even the GMC’s 9310 model number is not common in the overall vintage GMC truck world because the American versions carried different badges. 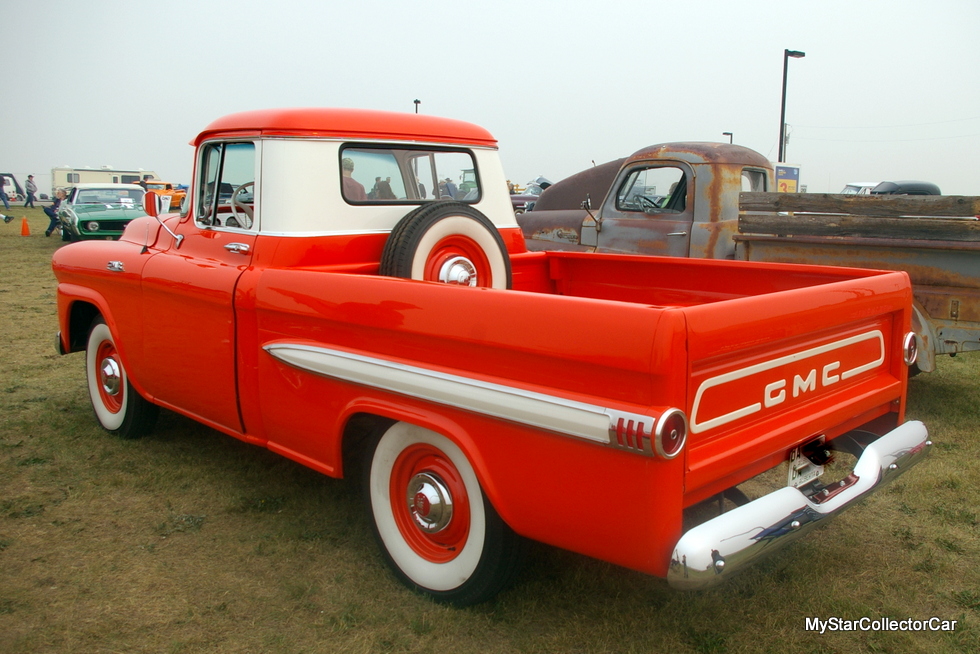 The Canadian GMC trucks also had Chevy-based power trains in 1959, along with other Chevy components that gave the Canuck trucks an advantage when it came to the aftermarket mechanical parts for the trucks.

The truck retains its original six-cylinder engine bolted up to a three-on-the-tree manual transmission. The three-on-the-tree shift is found on the steering column in vintage vehicles and resembles a column-mounted automatic shift selector to the untrained eye. 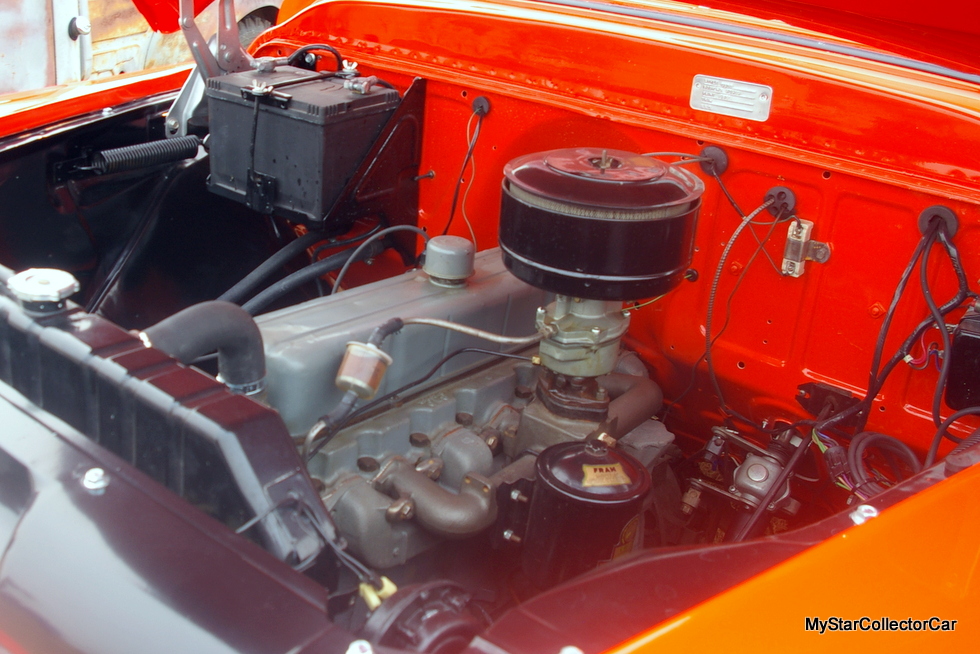 This particular GMC truck is an interesting blend of style and luxury. For example, Darcy pointed to the ivory knobs on the radio control dials in the dash of his truck. He also drew attention to the exterior trim package on the truck’s bed and mentioned it was only available on Canadian GMC models. 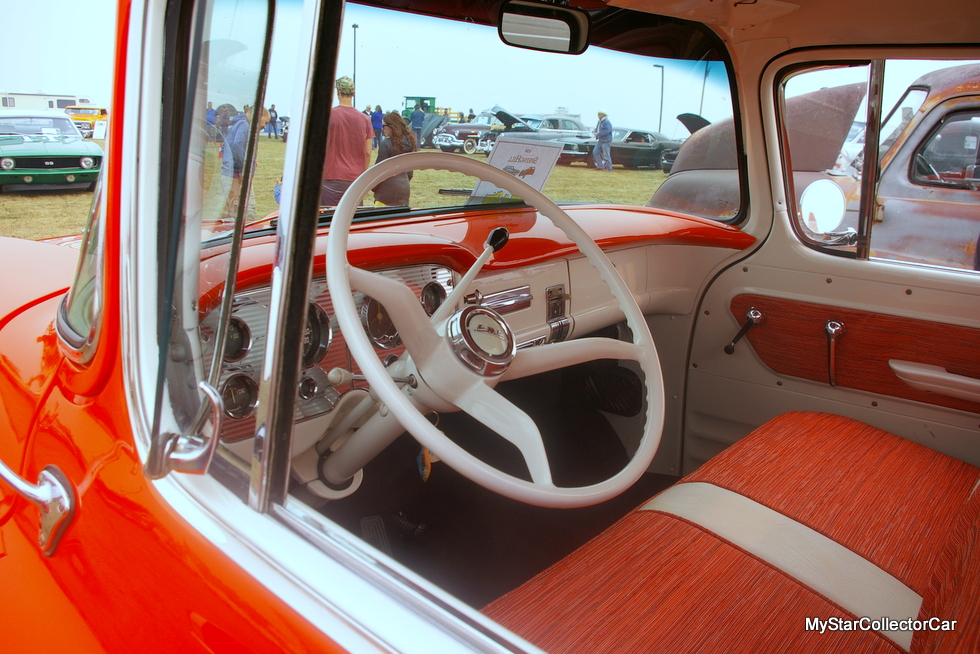 Darcy described his 1959 GMC 9310 as a “Denali back in the day” and few would disagree with his assessment.

The hood emblem on the GMC was only produced for two model years, according to Darcy, and it added a very cool 1950s style to the pickup. 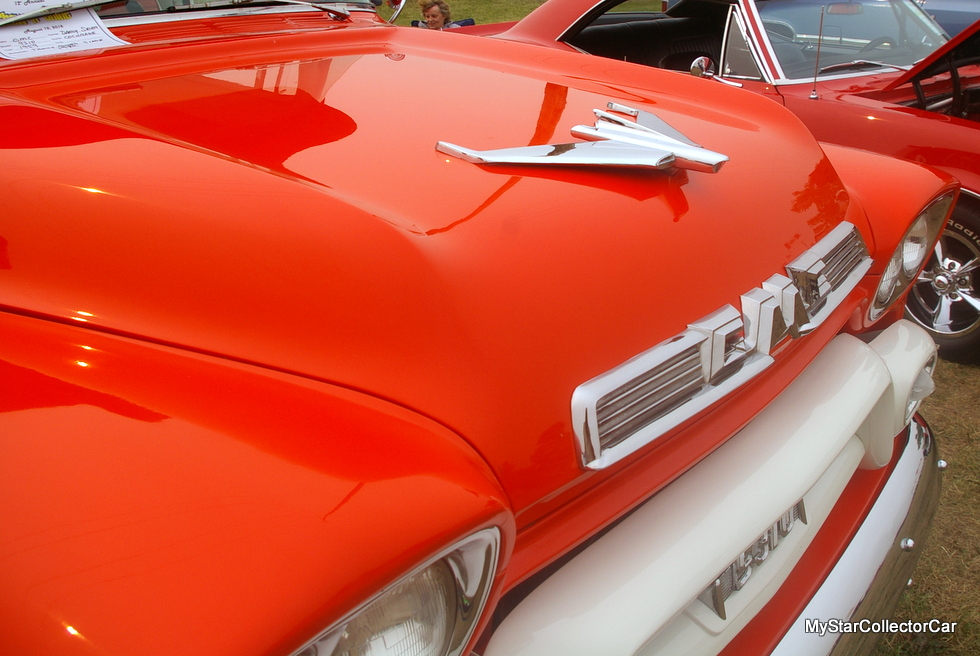 Darcy also mentioned the full restoration on the GMC included new upholstery that was used in the upscale Chevy Cameo trucks during the latter part of the 1950s.

He was also able to find NOS (New Old Stock) 1959 Chevy Cameo parking light lenses in the restoration. Darcy considered himself to be very fortunate because there were no aftermarket lenses available for his truck.

Darcy also added new front and back bumpers to his GMC, along with a new elm truck bed that was very uncommon because elm wood is an extremely rare commodity in the 21st century. Darcy was able to buy the wood from a second party who purchased it from a cabinet maker who had owned it for a long time. 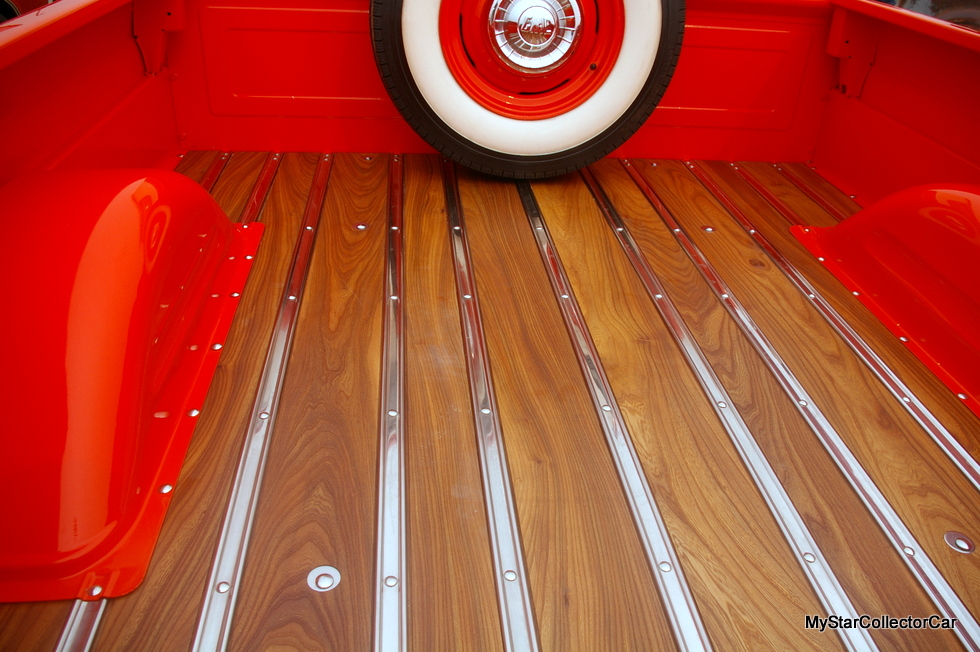 Darcy relocated the GMC’s gas tank from the cab to a position underneath the rear of the truck’s bed. He wanted more room in the cab and the removal of the gas tank provided the extra space. 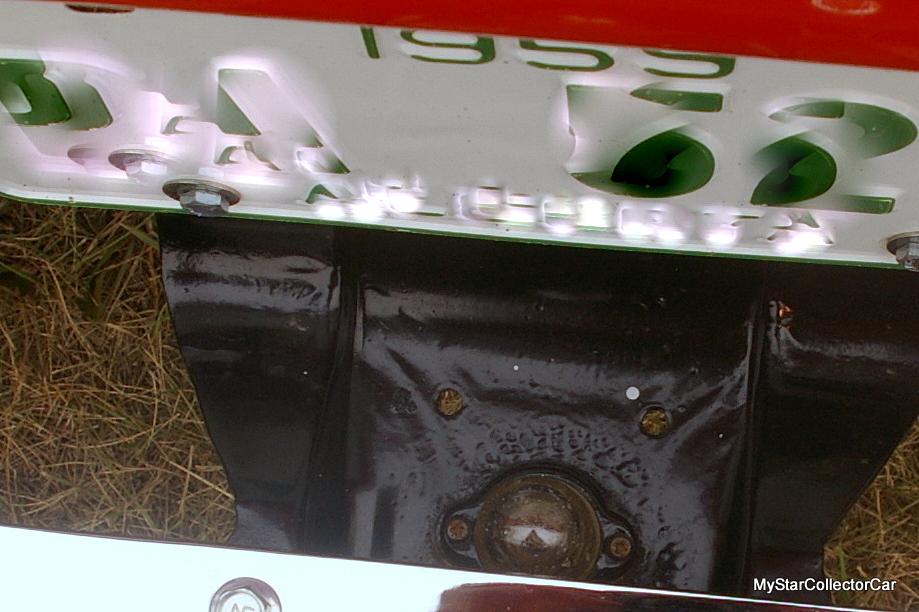 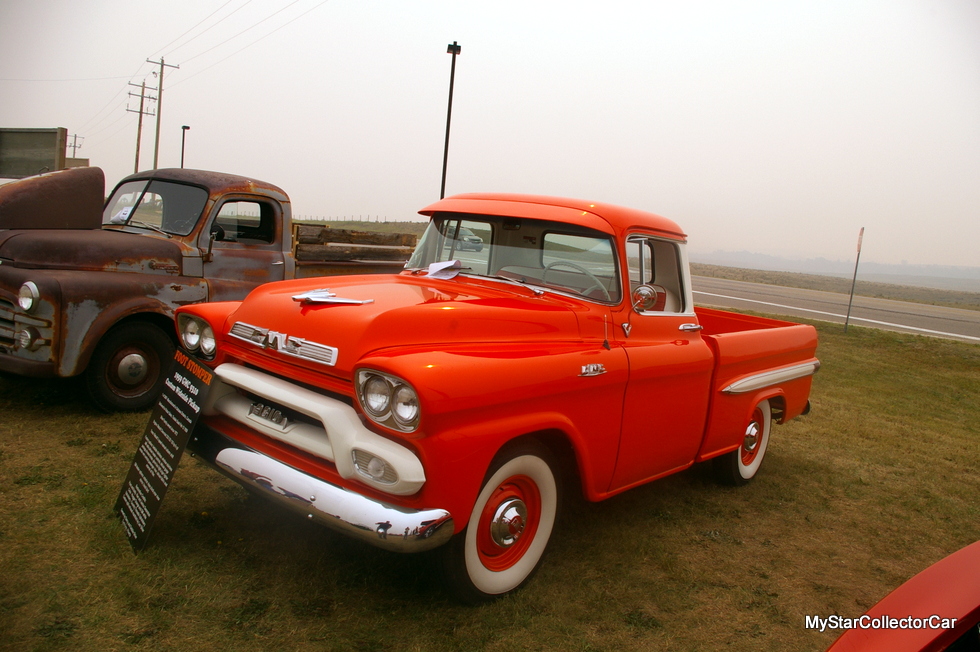 The overall result was a stunning tribute to Darcy’s father. However, this 1959 GMC 9310 provides a true happy ending for everyone in his family.