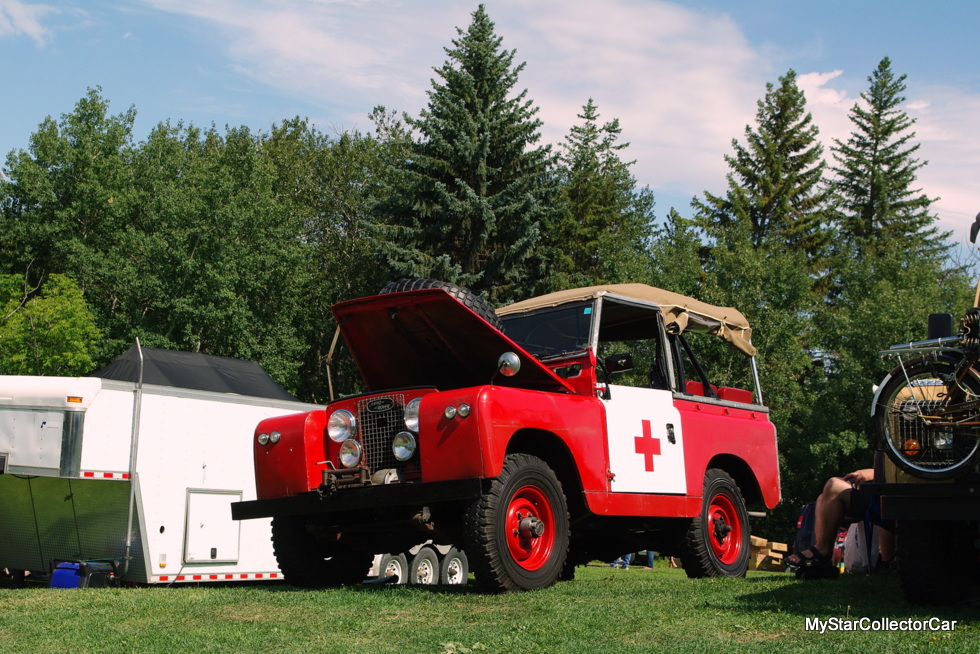 A 1966 Land Rover is a story unto itself because these sturdy British trucks have built a big legacy over the decades.

A vintage Land Rover decked out as a Red Cross rescue vehicle is a story we needed to get for our readers.

The ’66 Land Rover is an exact replica of the vehicles owner Dave Heathcote drove during his long service as a Red Cross contract worker. 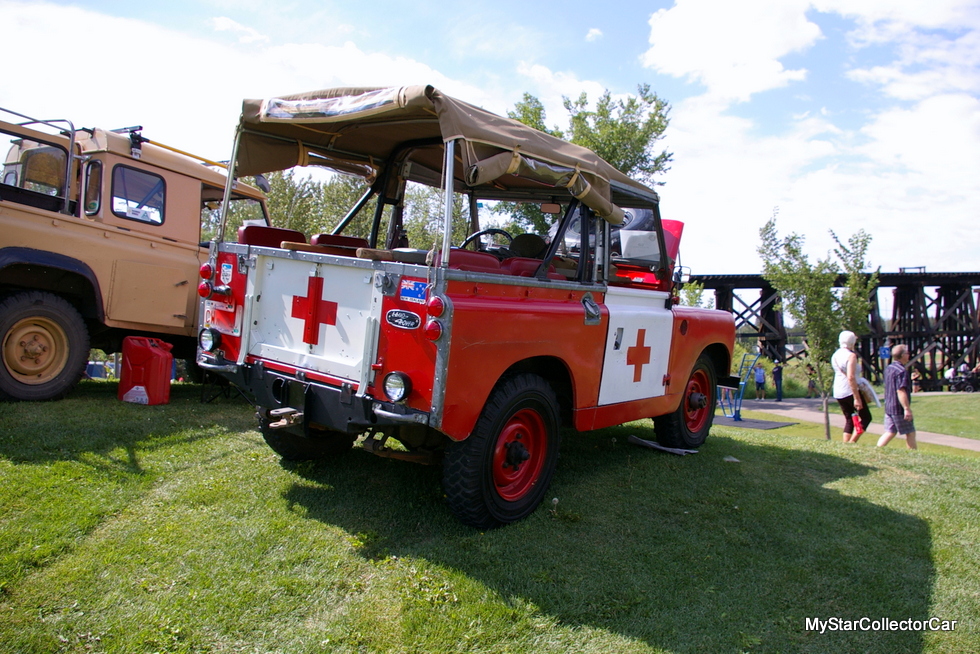 Dave placed himself in harm’s way many times during his career and his affinity for Land Rovers began on the job.

He has only owned four vehicles in his entire life and all of them were Land Rovers, including his 1966 Land Rover. Dave purchased the ’66 from a survey company in the early Seventies during a time when he saw service in Viet Nam as a Red Cross worker. 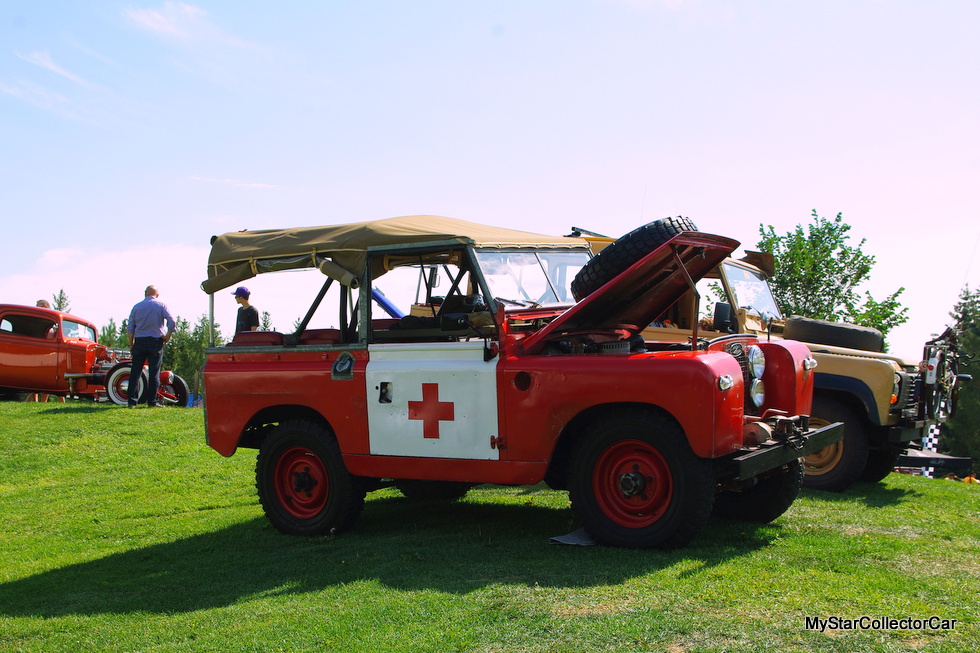 Twenty three of his Red Cross colleagues were killed during his tours of duty in Viet Nam and Dave never forgot them or his experiences in that war. His Land Rover is a tribute to his fallen comrades and reminds him of a time when these vehicles helped Dave and his team save lives. 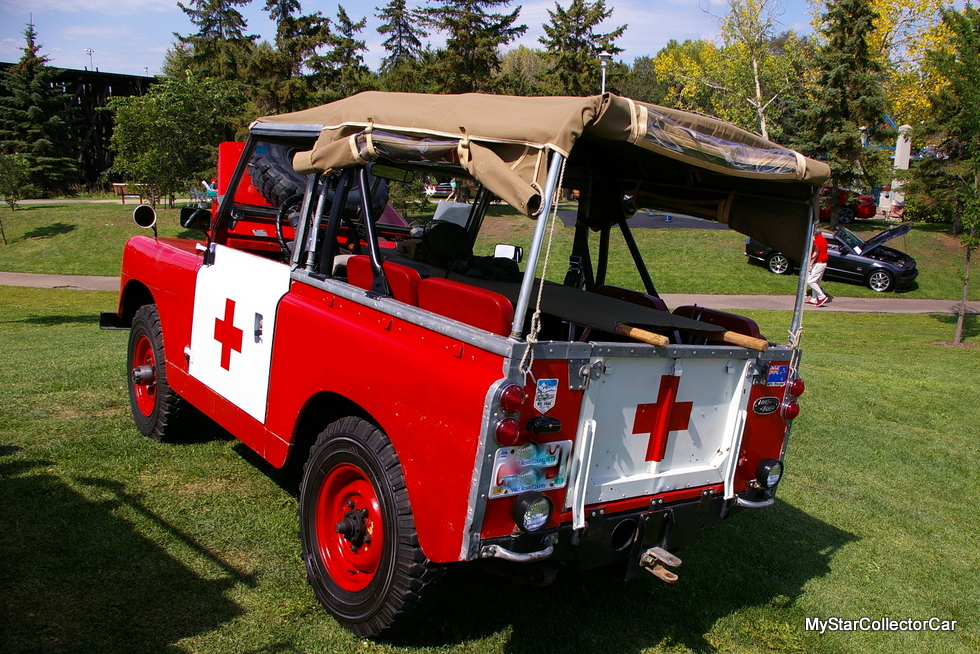 Dave brings all of his actual Red Cross gear along with him, including his combat helmet, which has netting that secures his Red Cross badge. Red Cross personnel were called the “Boys from Red X” in war zones like Viet Nam because their combat helmets also made them targets if they were not visible to armed forces-including friendlies under the wrong conditions. 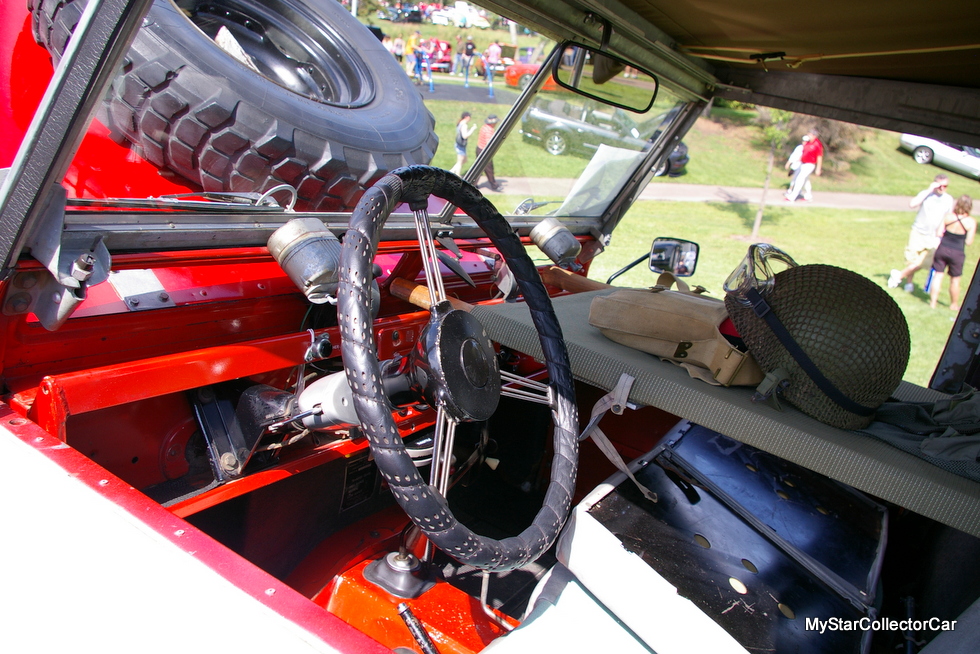 The simple solution was to make the Red Cross badge movable under the helmet mesh to avoid extra danger. Dave’s loss of so many fellow Red Cross workers in Viet Nam indicates the solution was not a guarantee of safety. 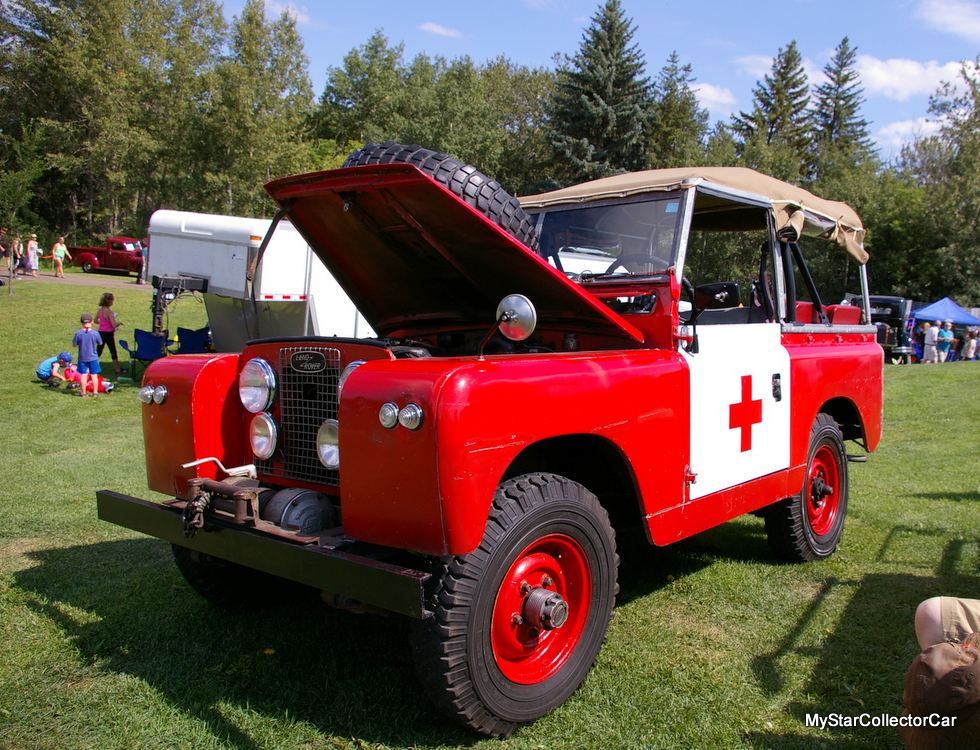 Dave served tours of duty in many parts of the world where disaster or wars required the Red Cross–and Land Rovers were a fundamental part of the relief process. These famous British 4x4s were reliable and could get to places where other vehicles had no chance. 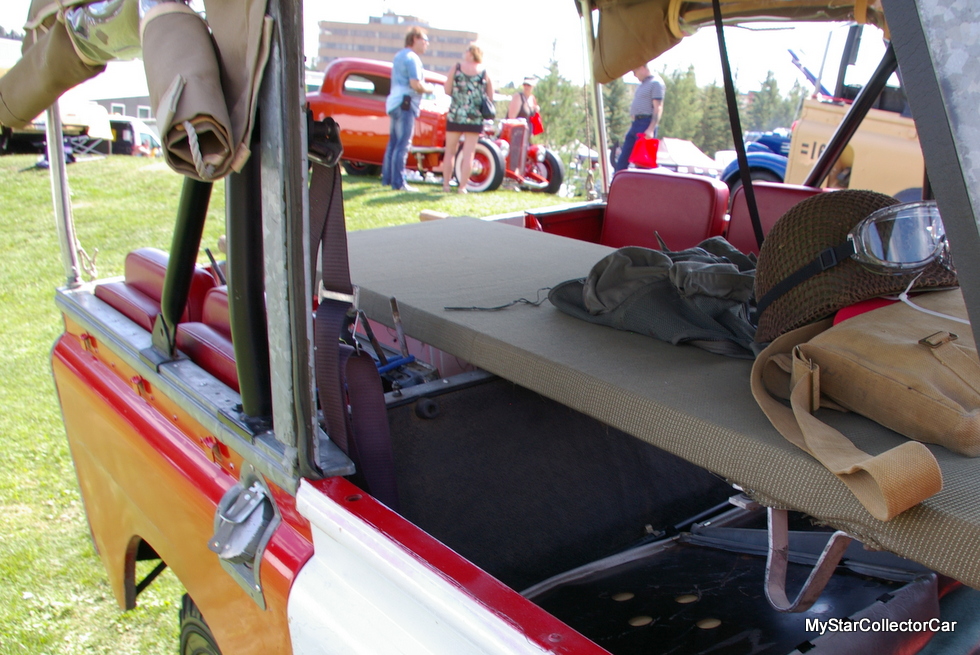 They also had massive winches on the front and PTO (power takeoff) units on the back, along with a solid hitch to haul a trailer behind the Red Cross Land Rovers. 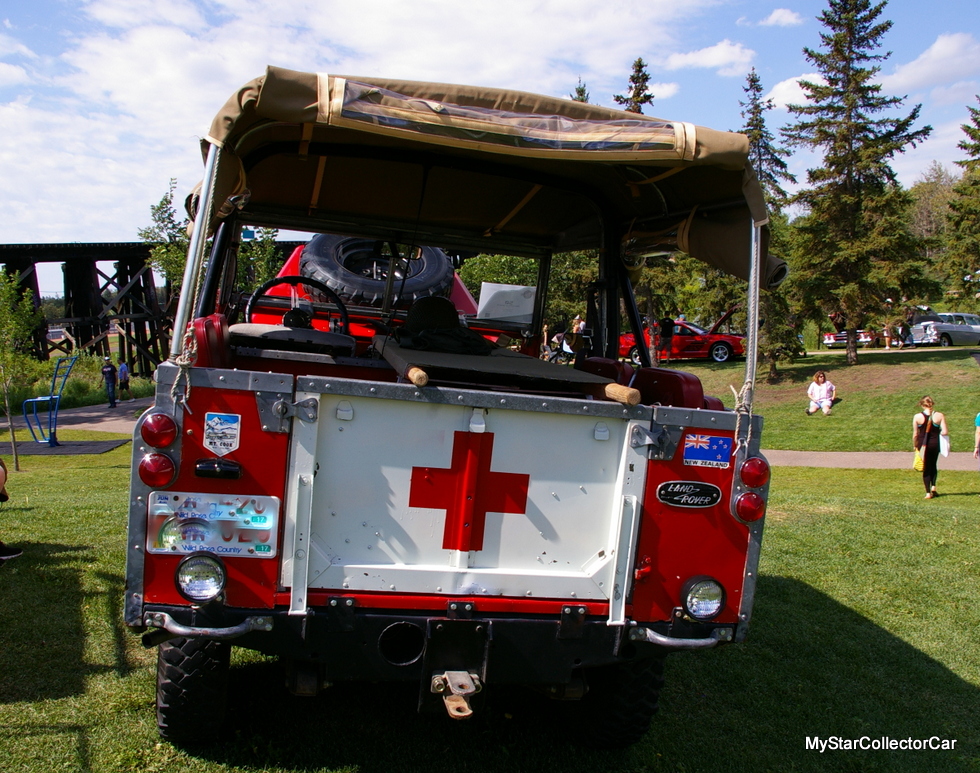 Dave explained how the tire mount on the hood did extra duty as a tire flat repair unit. He said they put the flat tire on the ground and ran over it a few times until they broke the tire’s bead. Then they remounted it on the hood and used a manual tire breaker to separate the rim from the tire. 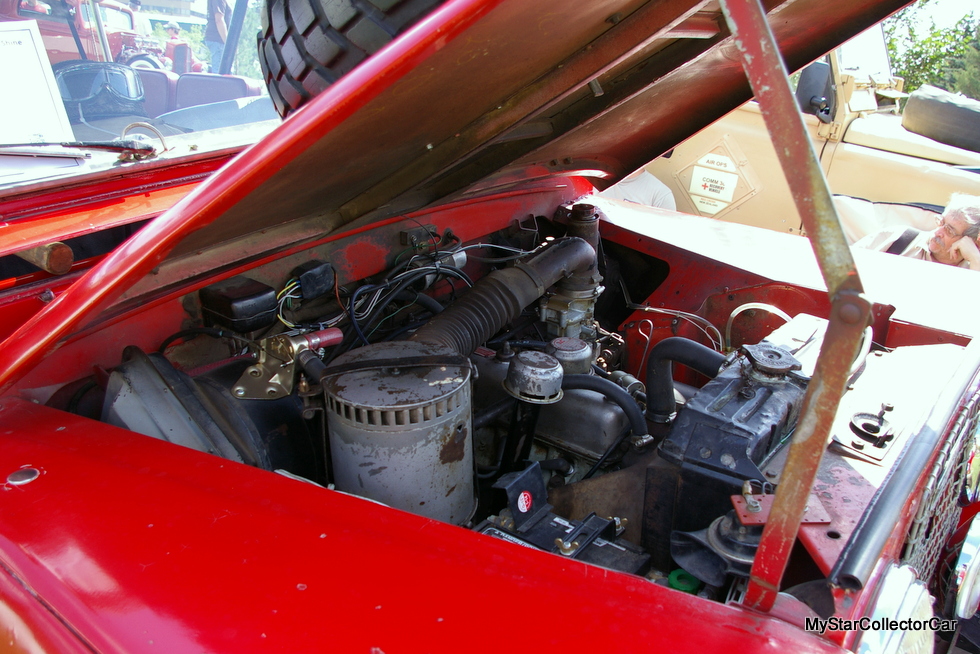 Dave also had his survival vest that contained two weeks’ worth of provisions and an inflatable collar for water survival. The vest also had a provision for a side arm because of the dangerous nature of Red Cross assignments, according to Dave. 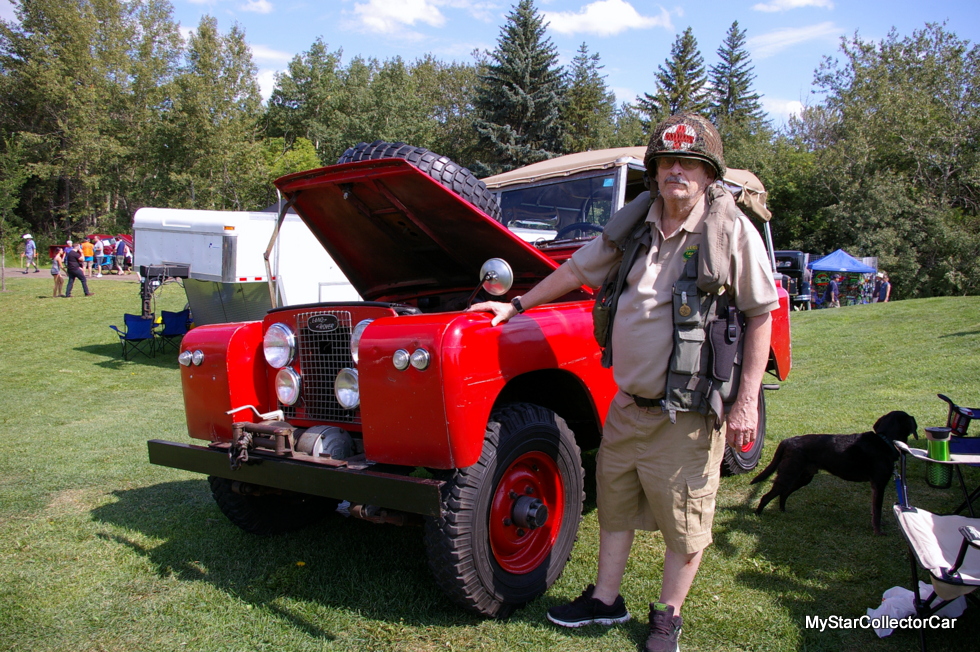 This story about a 1966 Land Rover extended well into its owner’s personal life because the vehicle and the man’s life ran a parallel course for many years.

The Red Cross Land Rover is a tribute to both man and machine in this case.