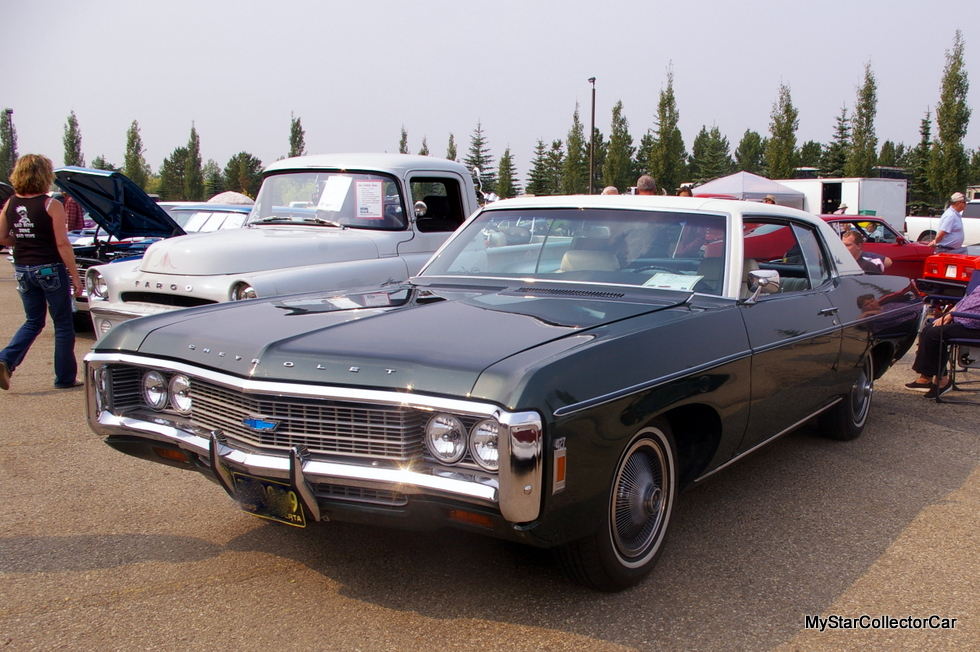 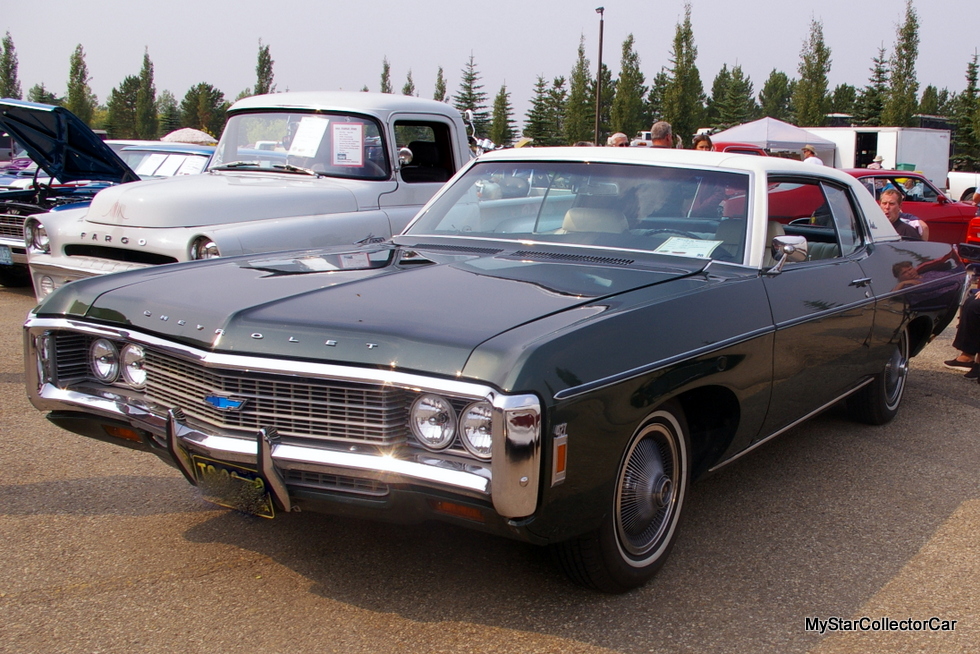 The late 1960s was an era when Detroit automakers wedged plenty of cubic inches and horsepower under the hood of its cars.

Most car guys are very familiar with names like Camaro, Mustang, Chevelle and Road Runner-among many others during the Muscle Car wars. 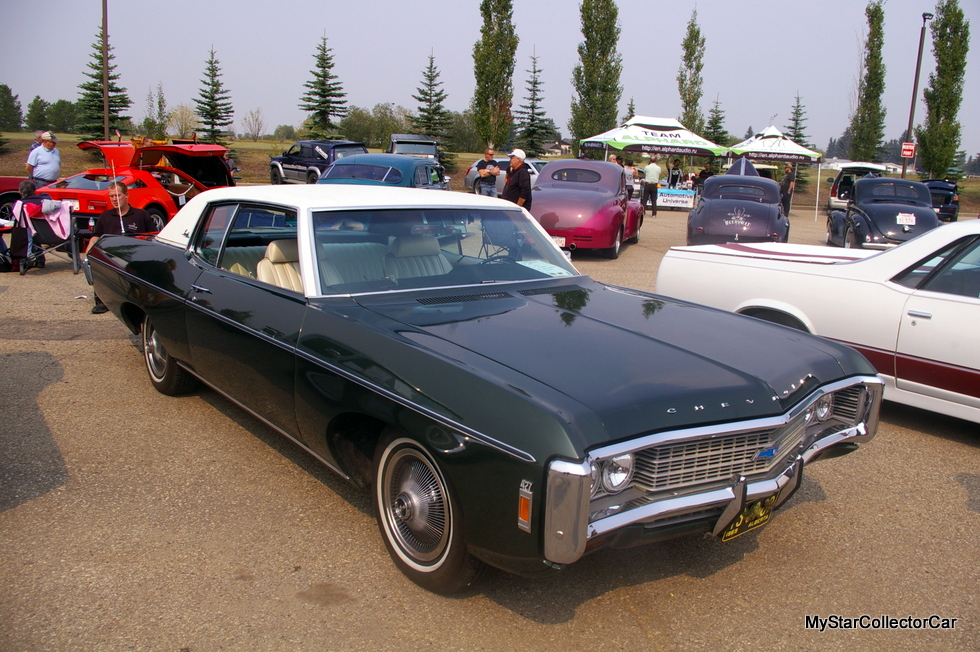 The common denominator with these cars was size because all of them occupied the dimensions below a full-sized model. The big cars were more commonly built for comfort and luxury because most of their customers were looking for the two features in their new cars.

A 1969 Chevrolet Impala would typically fill the big car bill for GM customers because these full-sized cars offered a comfortable ride for its passengers. The ’69 Impala was roomy and had a large trunk that could store plenty of items during a long road trip. 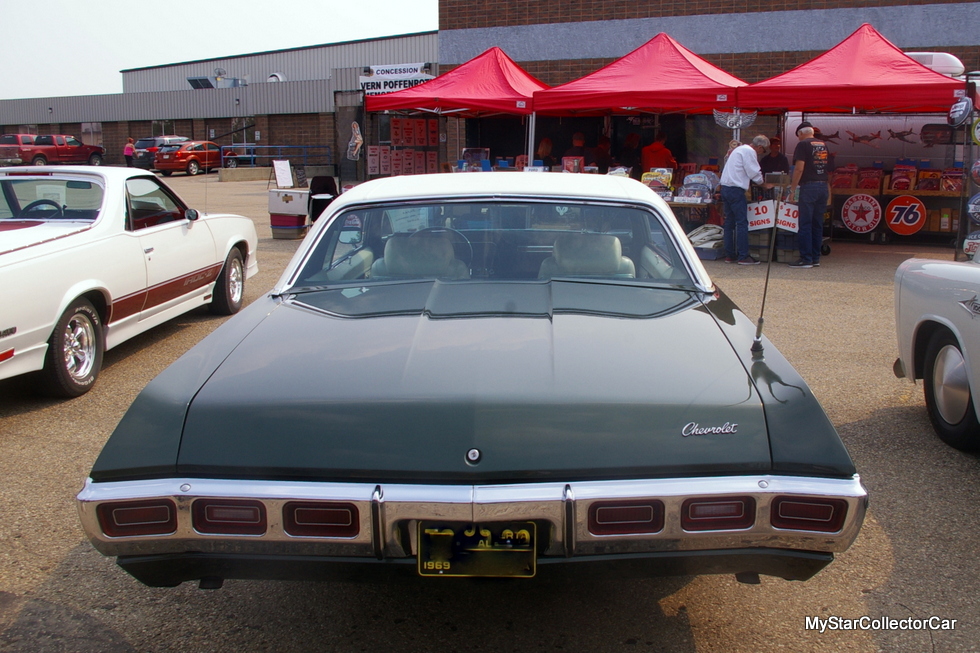 MyStarCollectorCar encountered a 1969 Impala two-door hardtop that had a few surprises on its build sheet. The biggest surprise was the 427/335 horsepower big block under the Impala’s hood. 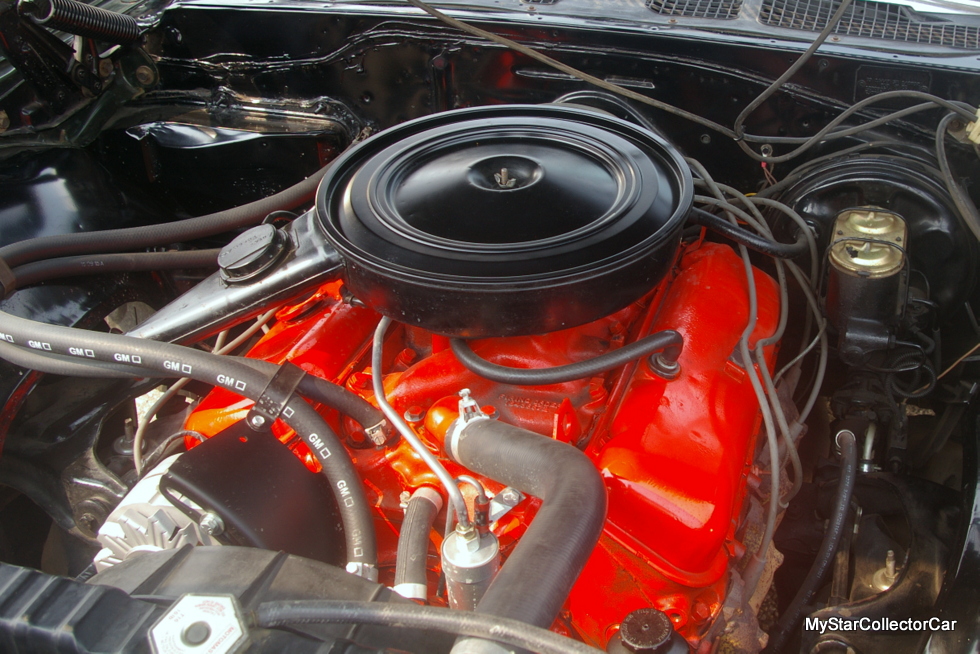 Owner Larry Charanduk was very knowledgeable about the history of the car because it had its original sales agreement from the GM dealership. 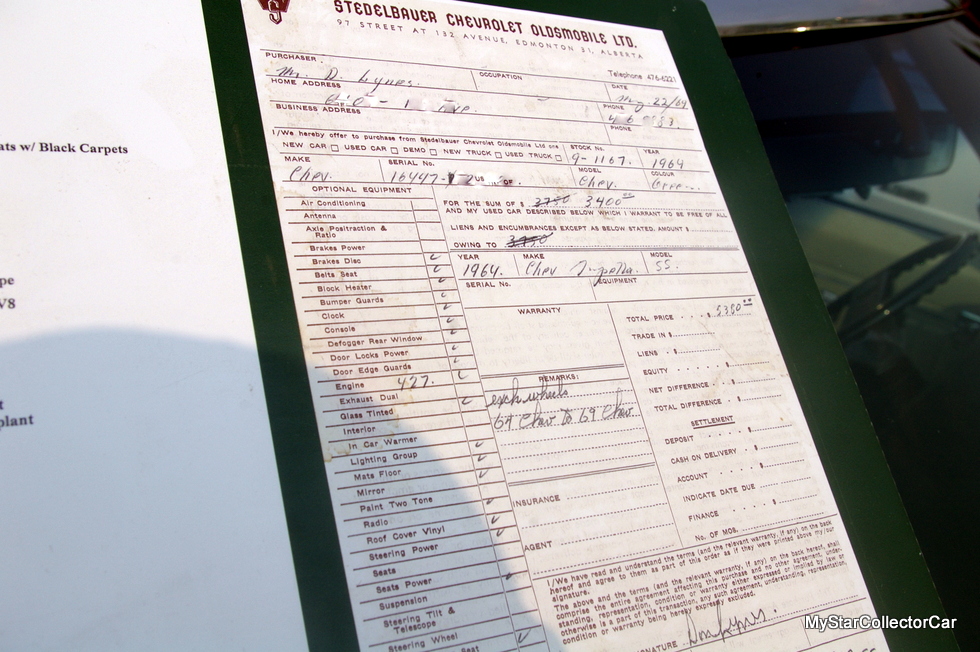 Larry’s ’69 Chevy Impala has many options that came from the factory. The list includes power steering, power windows, tilt steering column, and tinted glass to handle the creature comforts on the Impala.

The car also has a heavy duty suspension, front disc brakes and Turbo 400 3-speed automatic transmission to handle the high speeds and torque produced by the 427 under the hood. Larry told MSCC his car “had all of the SS performance options- but was not an SS model”. 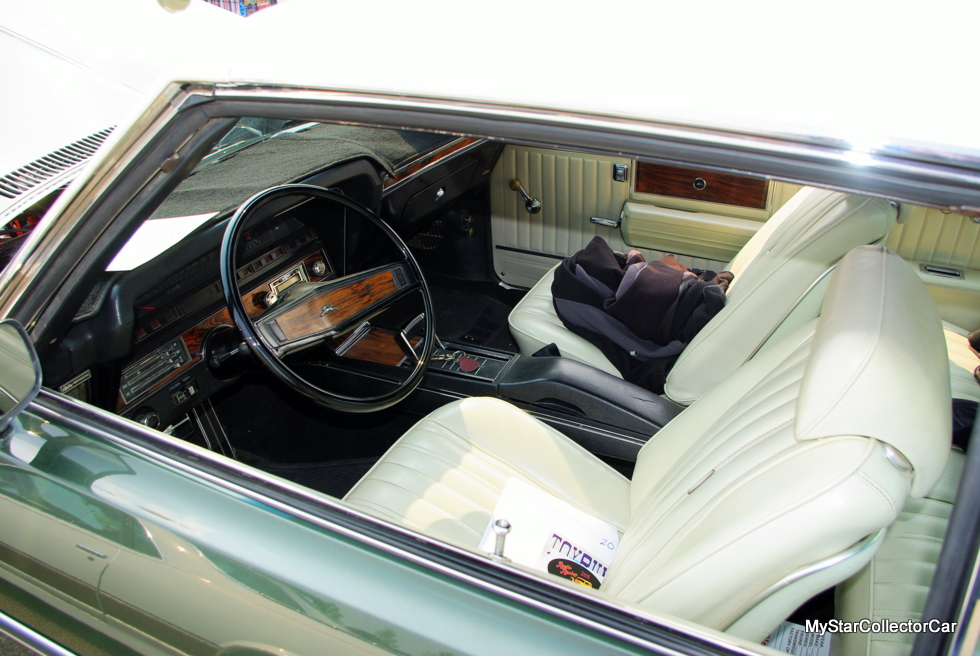 The entire package cost about 5400 dollars, according to the sales sheet-and that price pushed the Impala into a high cost orbit at the time. He also mentioned the rarity of his car and told MyStarCollectorCar that his ’69 Impala two-door hardtop was 1 of 16 built in Canada with this option package that year. The original price tag on the car would suggest this Impala is indeed a rare beast. 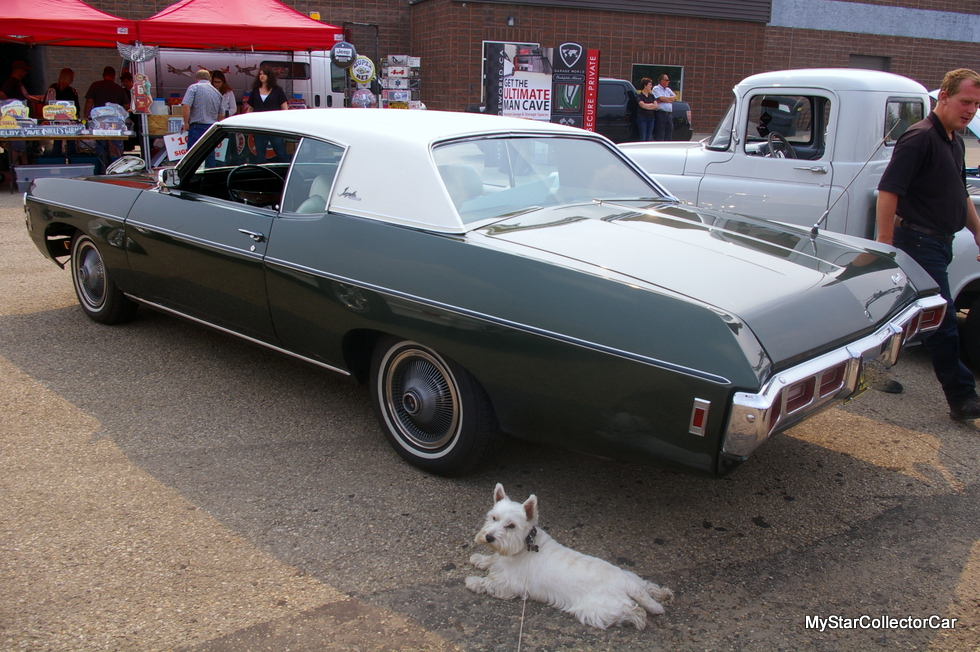 For obvious reasons, Larry wanted to remain true to the originality of the car and replaced the aftermarket mag wheels with full-sized hubcaps that were an option on the Impala in 1969. Larry pointed to the halogen headlights on the Impala and mentioned that he is able to convert them back to the original lights with ease when necessary. 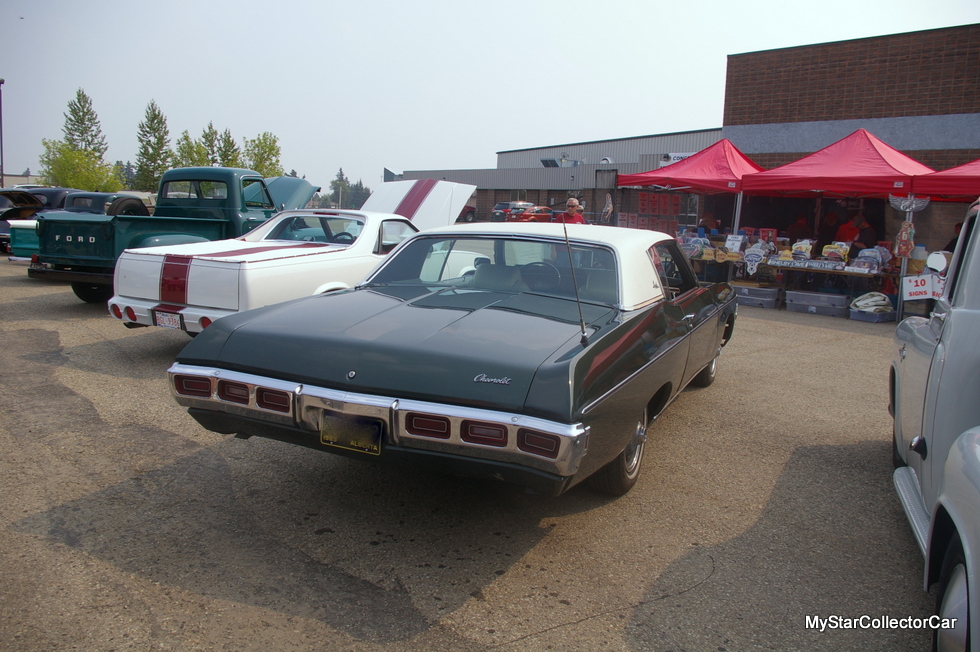 He also had the car examined by an automotive expert who was able to determine the non-original parts on the engine and replace them with the factory-correct pieces.

The Impala has been repainted once during its 50-year history and also needed a headliner replacement over the years. The car has never been driven during the winter months and required very little cosmetic surgery before Larry became its latest owner. 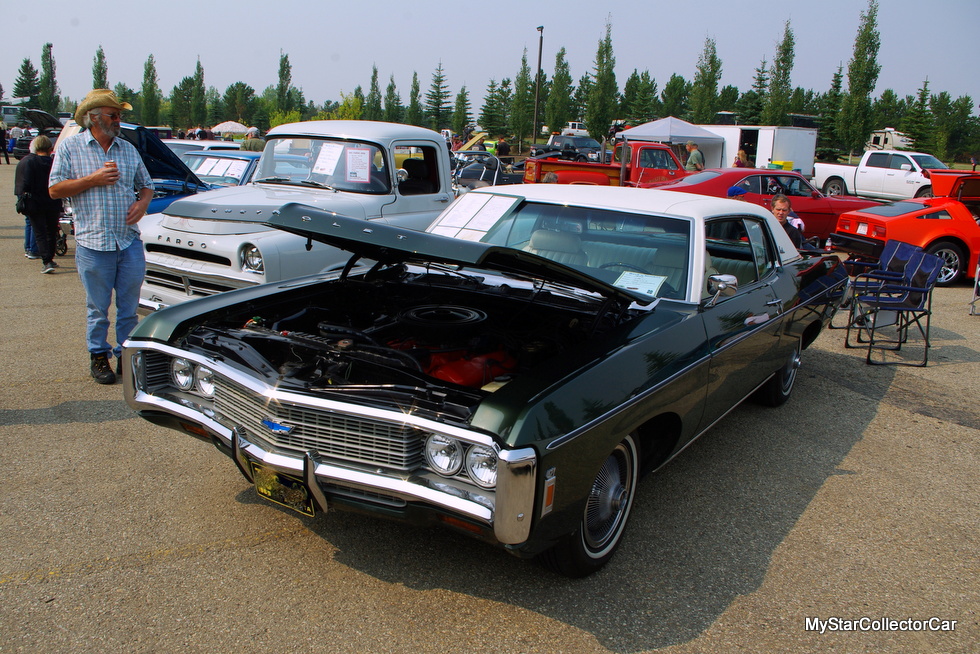 The original owner babied the Impala while its previous owners respected its pristine condition, so Larry was able to easily preserve the big Chevy’s pampered history since he became its owner. 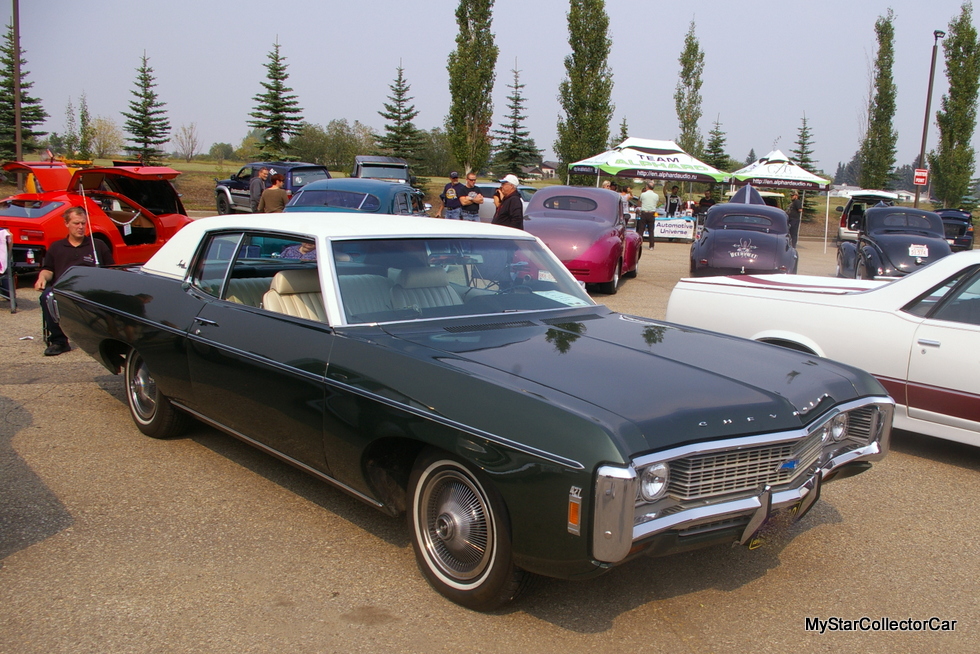 The originality of the 1969 Impala is extremely important to Larry.  He looks after the car because Larry wants to protect that crucial element of his big Impala: a rare full-sized sleeper with a giant engine and a unique history as a muscle car hidden under the skin of a luxury car.