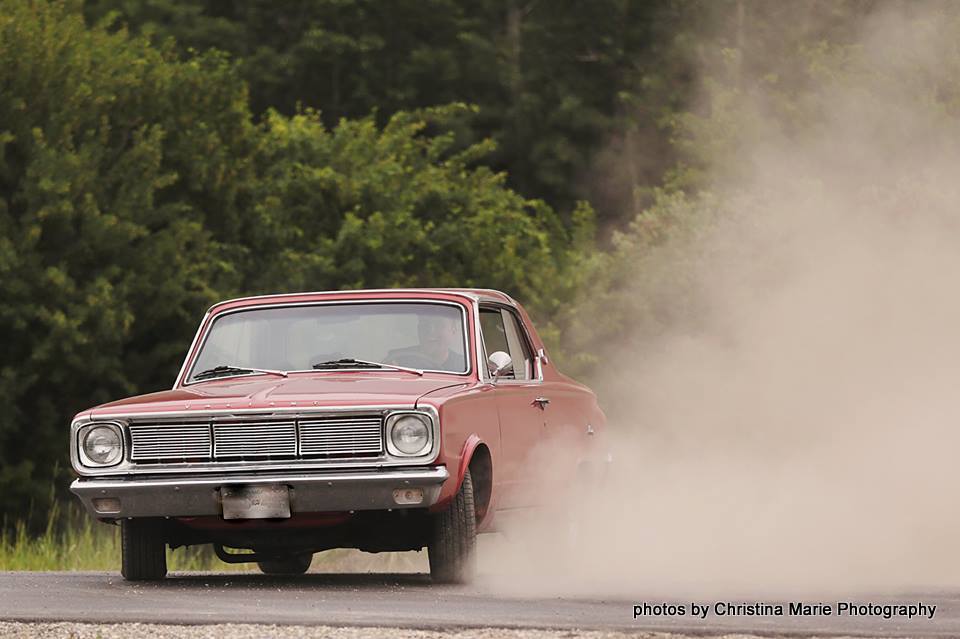 Pat Sutherland grew up in a Mopar family.

His dad only drove Dodges and Plymouths so Pat developed a big affinity for all things Mopar—especially Mopar muscle.

Despite his affinity for classic 60s muscle there was a humble little Valiant in Pat’s family history and it made a lifetime impression. 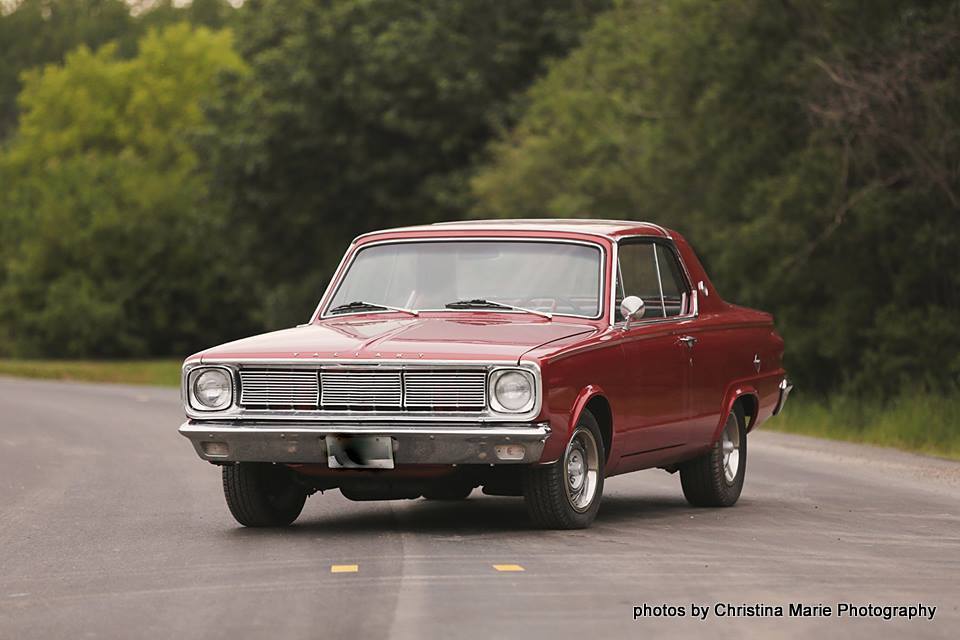 Pat’s sister Shona bought a brand new 1966 Valiant when Pat was in high school so the memory of her car stayed with him. The problem was these little Valiants were built to be practical and economical so they weren’t ground-pounding street machines even though Chrysler had just introduced the 426 Street Hemi to its lineup. 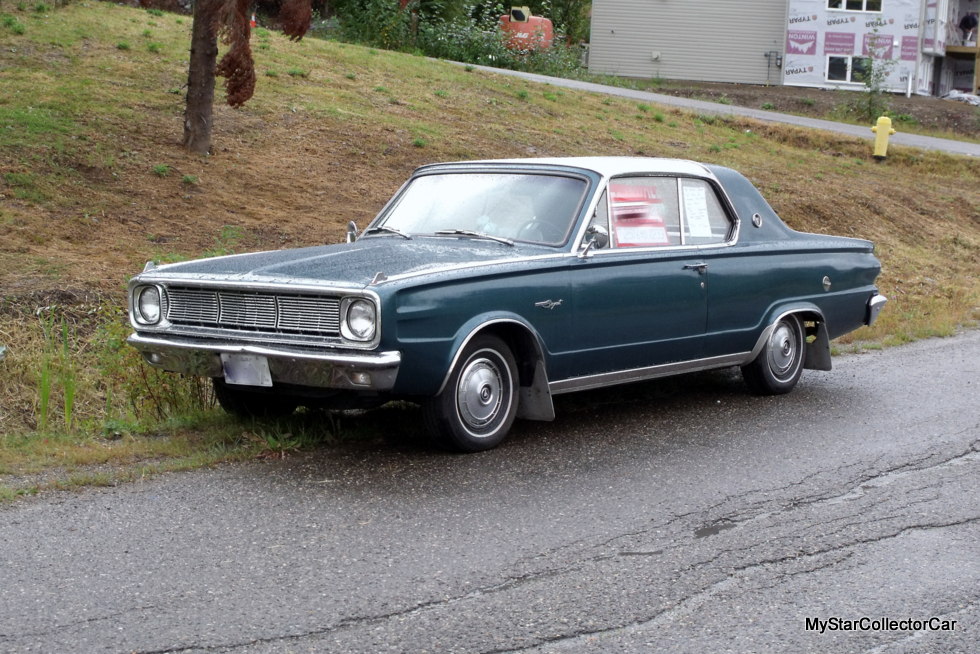 Shona’s car was no turtle—it had a 273 4-barrel so it had plenty of punch for a light little A-body, but Pat wanted something that would shove him back in the seat like a classic 60s Mopar muscle car. He found the perfect solution in the form of a 1966 Valiant Signet two-door hardtop just like Shona’s. 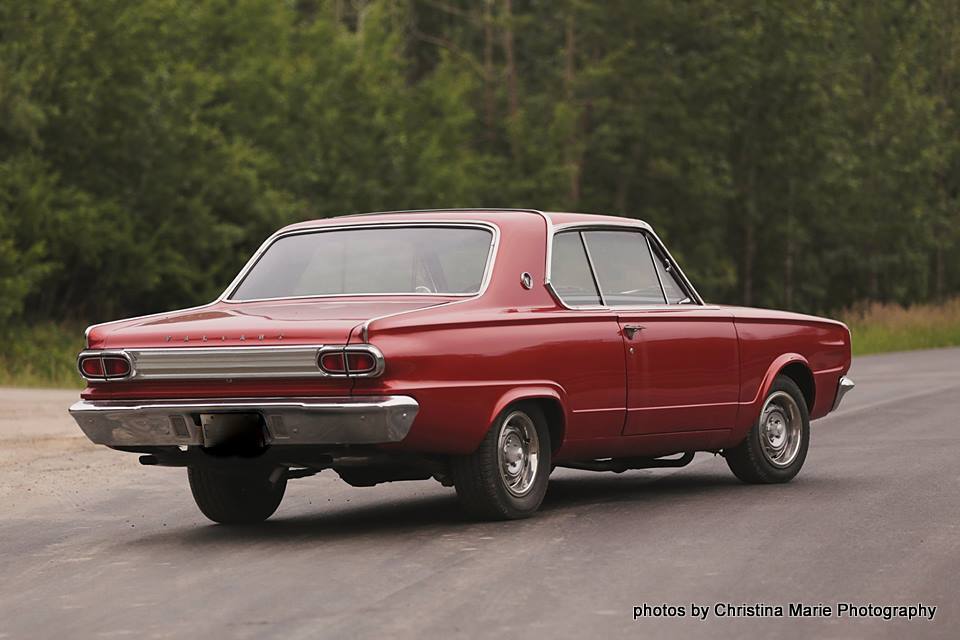 Readers from the States will wonder why this Dodge Dart-ish looking car is called a ’66 Valiant but that’s due to its Canadian pedigree. They built Plymouth-badged Darts north of the border in ’66 so it looks nothing like the American Valiant. 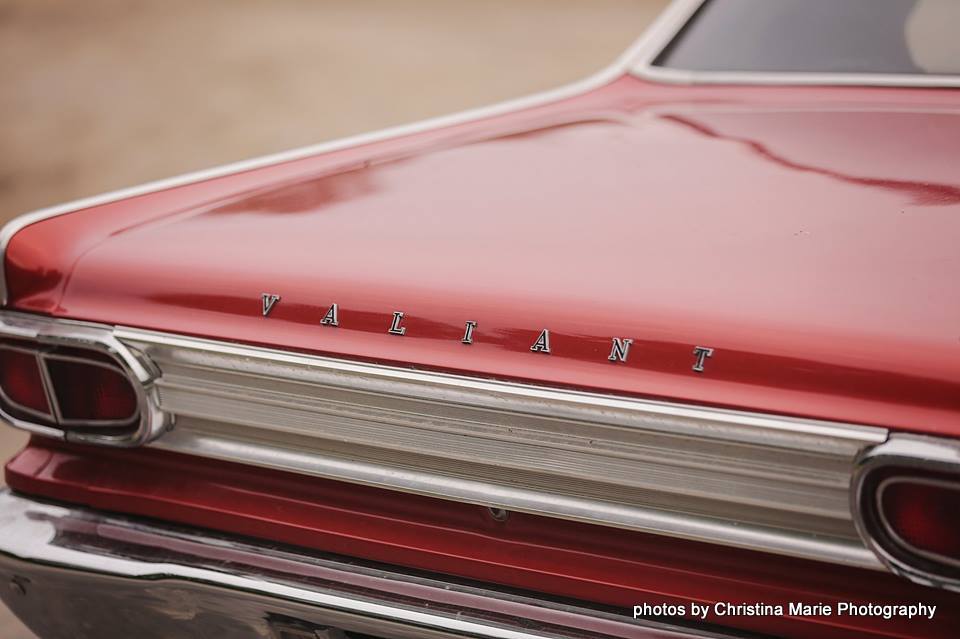 Pat is no stranger to fast Mopars. He was a member of the RCMP in the early 70s so he drove the big Dodges with the 440 Police Interceptors at well over 140 miles per hour on many occasions so he knew he could handle more than a factory 273.

That’s why this ’66 Signet was the perfect answer to Pat’s nostalgic side and his muscle car side. There’s  still a 273 under the hood but it’s a far cry from Shona’s milder factory version back in ’66. 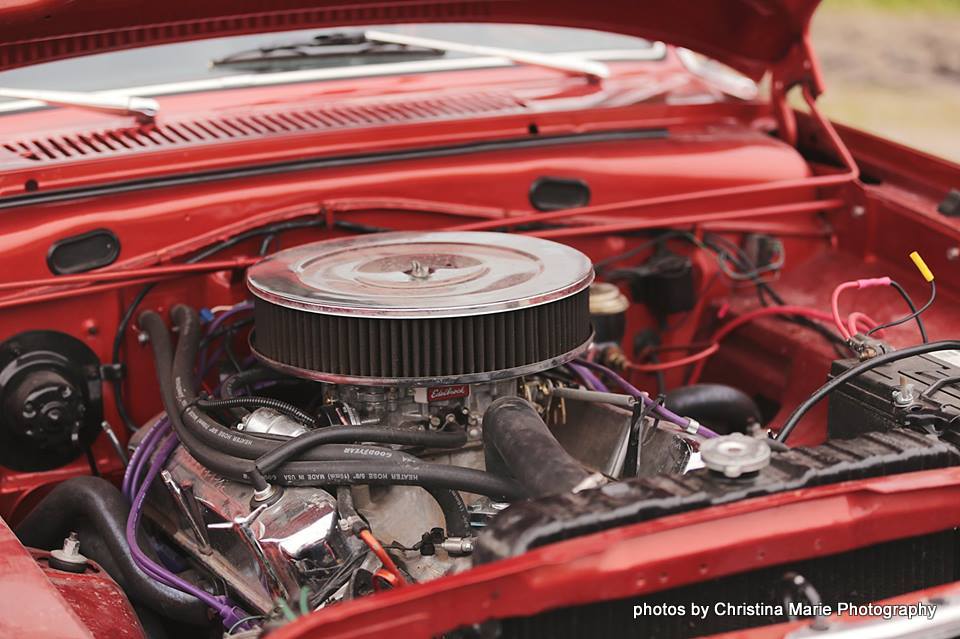 This Valiant was built by a racing guy. He likes to get cars down the track ¼ mile at a time at insane speeds. Pat knew the guy and he also knew the builder wanted to part with this little street monster so he negotiated (over several months) and finally took his prize home. 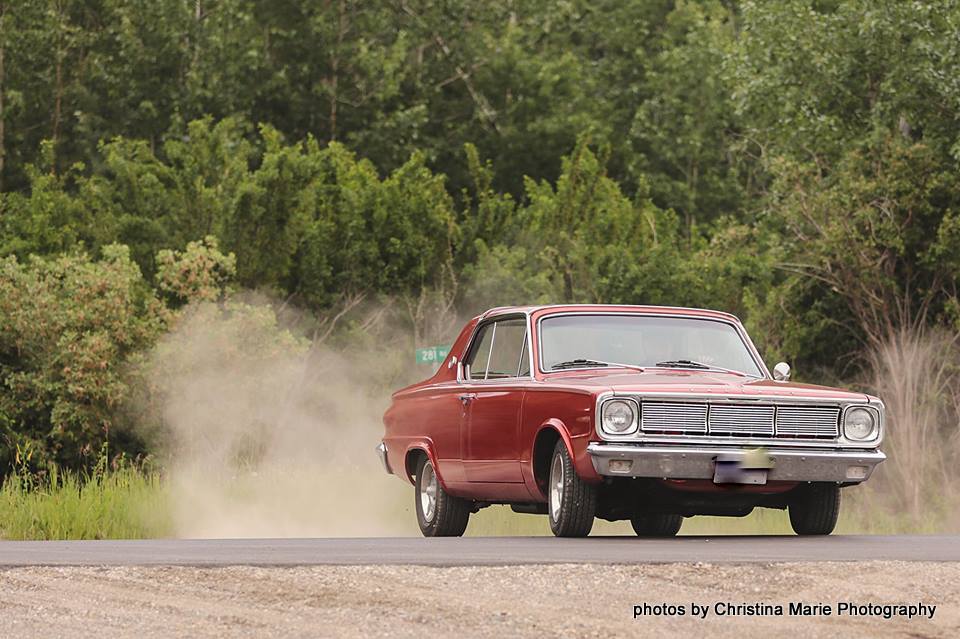 The Valiant was about 90% there so Pat had to take care of some details to get it past the finish line. The first thing to go was the open exhaust system because Pat likes a rumble but a free flowing track exhaust system was too over the top for a street machine. He dialed the sound back with a new exhaust system because as a former cop he knew how far he could push the envelope.

The other reason was because Pat added a state of the art Bluetooth system with satellite radio and thumping speakers so he could dial in his favorite tunes when he’s behind the wheel. The open header exhaust would defeat his investment in sound. 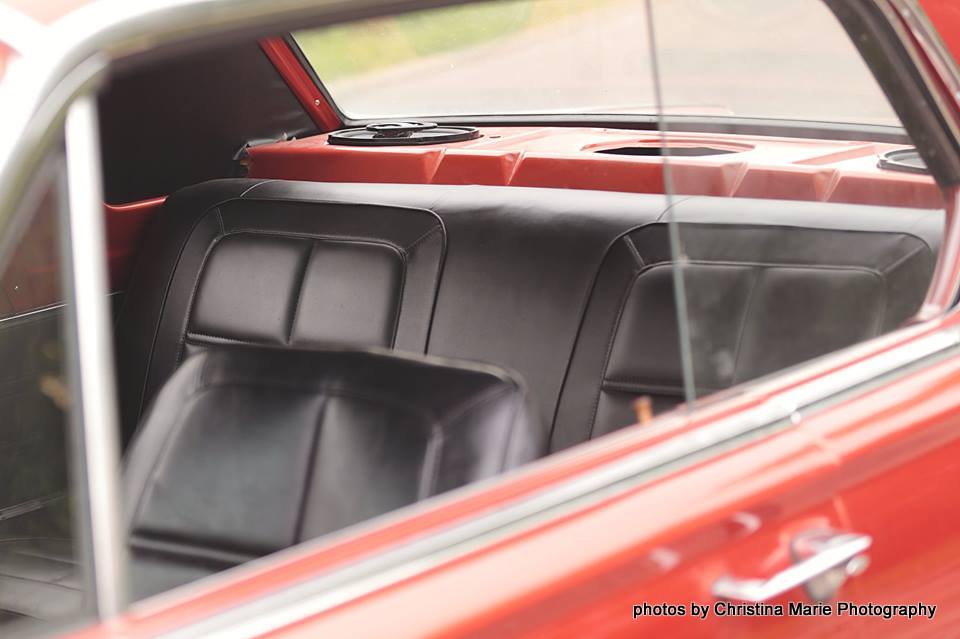 Pat had some other interior details to address plus there was a need for a seat adjustment. Pat’s a big guy and he likes to drive comfortably back from the steering wheel so he re-set the driver’s seat. 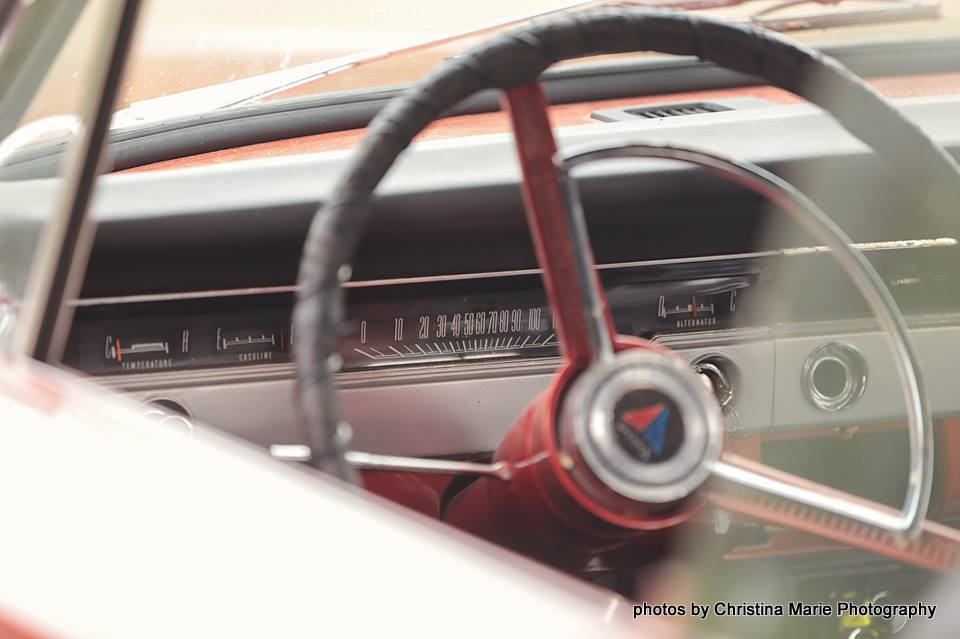 The Valiant is there—there’s a slight overheating issue to cure via an electric fan but Pat is ready to take his grandkids on a road trip for ice cream this summer. They’ll get there much faster than they would have in his sister Shona’s ’66 Valiant and they’ll have great tunes on the way. Pat is really happy with how this car fit into his exact blend of muscle and nostalgia so he summed it up in one sentence. 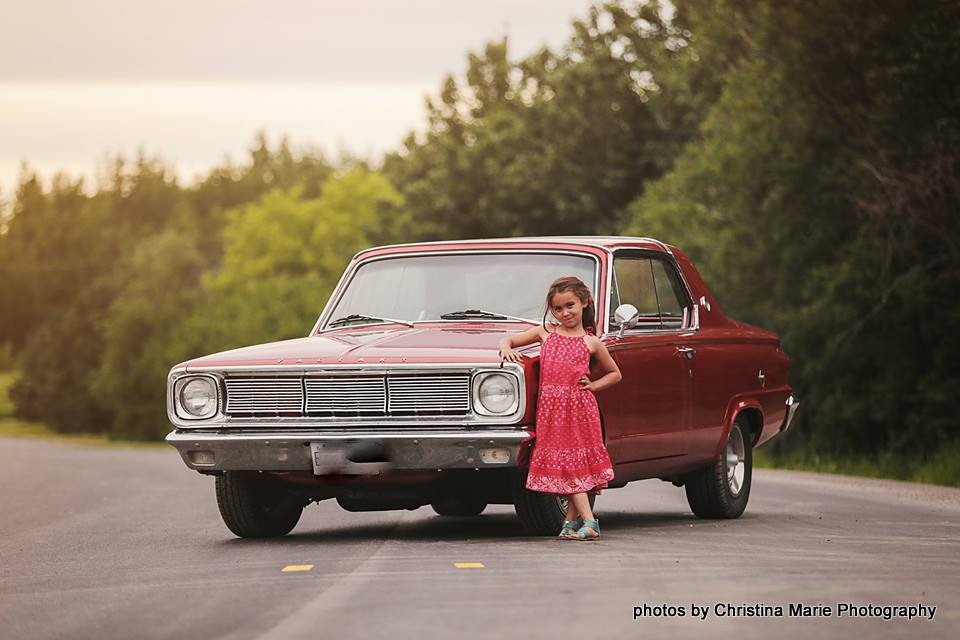