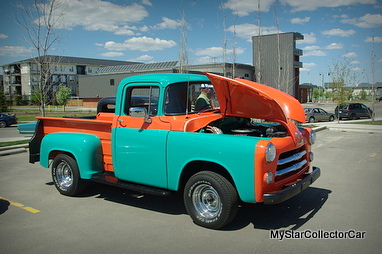 One of the truest tests of commitment to an old ride is how long you keep it past its shelf life.

If you trade it in at the first sign of trouble then you’re probably not a committed car guy.

If you cling to your old car or truck like grim death long after it passes the daily use stage then you are definitely a car guy. 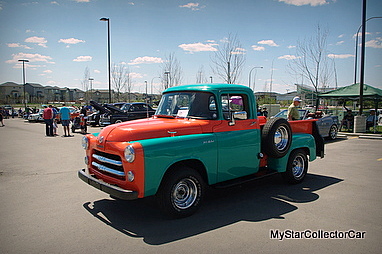 Clearly Al Pollack is definitely a car guy because he kept his 1955 Fargo long after it retired from his business. He bought it from a farmer 45 years ago and it worked for five years then the old truck sat in his garage for 40 long years.

This was a basic farm truck with a flathead six so it was light years away from today’s air conditioned work vehicles. Al wasn’t a huge fan of the flathead six but he did admit, “In those days they were a pretty good truck” so it was a daily driver in addition to a work truck. 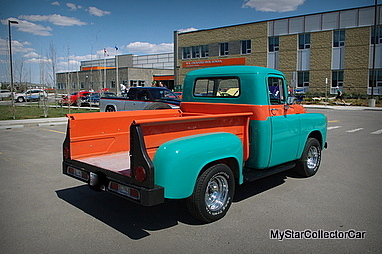 Al had many sentimental memories about the driving experience behind the wheel of his old work truck so he decided to upgrade it for the 21st century. He began by cashing in a friend’s misfortune. Al’s buddy had a pristine 1967 Pontiac Beaumont and it was in for a tune up at a local shop.

They took it out for a test drive and wrote it off so Al pounced on the power train because he knew how much had gone into the Canadian Pontiac’s 283. Al had rebuilt the flathead at this point and “got fed up with that” so his buddy sold him on the small block from his beloved Poncho and it “fit like a glove”. 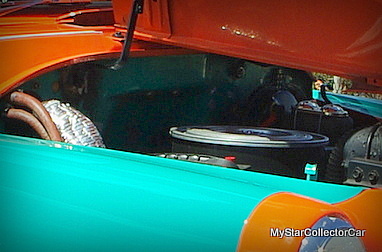 This would be a big departure from the factory flattie in the ’55 Fargo. Al focused on a few other things that he didn’t like about his old work truck and the ride was at the top of the list.

He compensated by completely rebuilding the front end, re-arcing the front springs and adding another leaf. Al said, “It rides a lot better now” thanks to the new parts and engineering.

This truck also sports a much more highway friendly rear end out of a ’56 Dodge wagon and it’s been retro-fitted with disc brakes on the front and back of the truck. Al loves the upgrade in handling and braking in his ’55 Fargo and the new engine and transmission make this truck a far different beast in 2015. 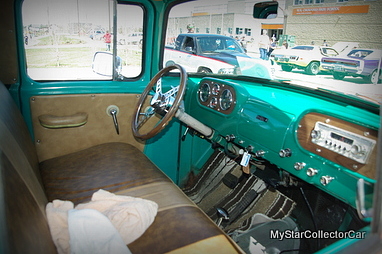 Another big hurdle was the body on the Fargo and Al dragged in some family help for the push on the bodywork. His nephew built the running boards and Al’s son did all the heavy lifting on the body.

This truck required some serious attention and Al is proud of the work his son did on his old Fargo. A welding shop contributed the fenders because they had a stack of them in their back yard area. 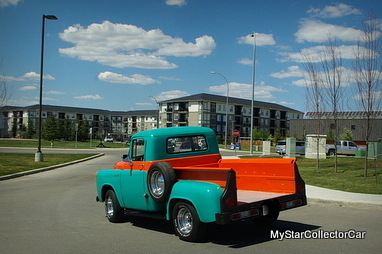 The truck has a few other custom touches like ’67 Impala taillights and the Beaumont donated a console but the paint is factory correct. One of the unique touches is the spare tire because it’s one of the earliest radial tires ever built and it’s never been used. 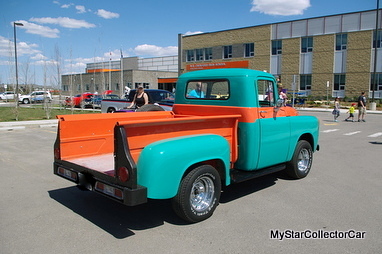 Al is a big fan of his truck 45 years later because he loves driving it in its more civilized form. He’s a car show guy now and he spends casual time on the road with his ’55 Fargo.

Truck and owner are inseparable since 1970—the true test of commitment to an old ride.