Virgil Exner was the father of the Forward Look at Chrysler and his finned pieces of automotive art are Mopar legends.

There were export versions of the Exner era Dodges and most fin guys call them “Plodges” because the back half of the car is all Plymouth.

This ’57 Dodge Regent Mayfair is a classic example of a Plodge. 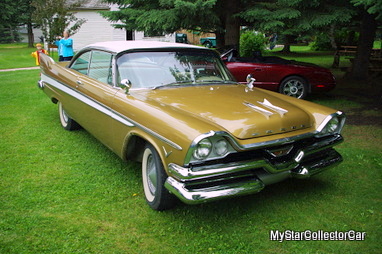 Marty Rissi was born in Switzerland but he’s always been a huge fan of Detroit iron and his Mopar fin car roots go back to his youth as he explained, “I had a ’57 Savoy back in Switzerland, back in those days they were assembled there”.

This car was one of those car guy luck scenarios because Marty always wanted another ’57 Dodge and this one turned up unexpectedly: “I was near a storage area with a friend and I saw a fin sticking out and it was this car. It had original paint and it was dull but I wanted a two door, there was no rust at all and the engine was tired. The owner was losing his storage so it worked out”. 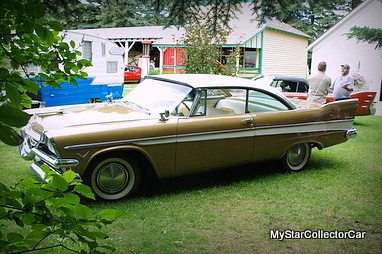 There was solid documentation on this car, “The original owner paid 3200 for it and it was a manual steering and brakes car from the factory”. 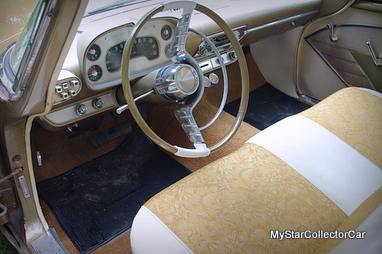 Nevertheless, Marty had tracked down a 1957 Dodge and the deal was done. He assessed the car and pulled the trigger on the deal immediately: “This was a Canadian model but they still used the Fury 303. This car had 67,740 miles on it”.

The key to a good relationship with old iron happens when a car guy is consistently on the road behind the wheel of his beloved ride relationship and Marty is a firm believer in that philosophy: “Don’t treat them like powder puffs, you’re supposed to drive them, that’s what they’re built for”. 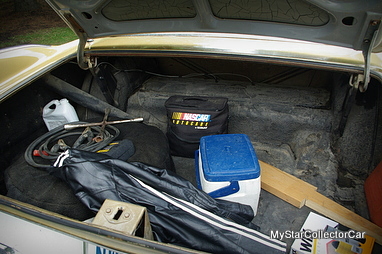 Marty has piled up enough real miles to assess his ‘57 Dodge and he’s very familiar with the reality behind the engineering: “I wanted a two level driver and this car is there but the manual steering and brakes are good because I like the feel but it can be a workout in a parking lot”. 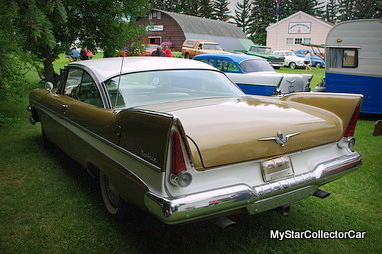 He’s used the car to tow a trailer and that’s been a factor in the mileage: “Even with the 440 it has now it gets about 18 miles per gallon without the trailer because it has a 2:76 rear end so that’s pretty good for the highway miles”. 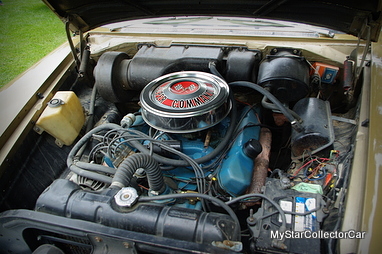 This Dodge was built for 1950s turnpikes so it’s clearly at home on the highway as Marty explained, “It’s really smooth on the highway, there’s a little vibration at 60 miles per hour but it smooths out at 70 and this car can easily run all day at 80”.

Marty takes this car out when he can and he’s a familiar sight at a lot of car shows but one of his favorites are the Touring Tin runs where you have to pull a trailer on the run.The ’57 Dodge has been on a Touring Tin run. 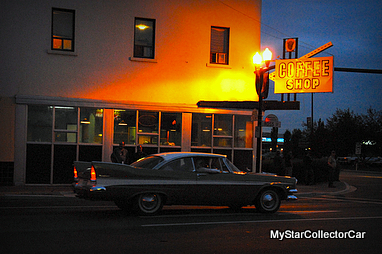 Marty loves old iron and he summed the relationship between car and car guy with some profound words:

“That’s why I drive this car – you feel the optimism of the era when you drive a ’57 Dodge”.