I have always a fondness for Model A trucks because my father owned one when I was a very young kid.

My Dad’s Model A was still a working truck and was used on the family acreage for any number of hauling jobs.

My father bought the truck because he was a big fan of the Model A but the truck had to be more than simply a nostalgia item for him.

He worked it pretty hard. 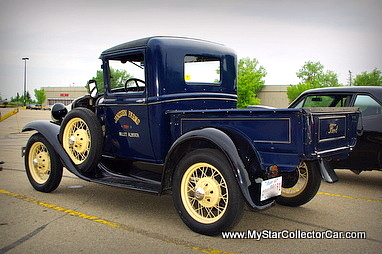 My Dad was a very good driver and he took few chances on the hill when we took a load to the garbage dump with the old Model A truck. He kept the old Ford warhorse in low gear and took his time in the descent to the bottom of the hill, known locally as Clay Hill presumably because of the clay cliffs and gravel/clay mix in the road surface that made it very slippery when wet. 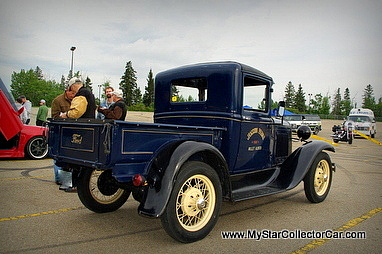 My father respected the early 20th century engineering behind the brake and steering system in the old Model A and did not push the boundaries of the truck’s abilities to handle Clay Hill.

I am a big fan of the Model A trucks because of my fond childhood association with them and I could only wish I would have been fortunate enough to have one for my high school graduation ride. 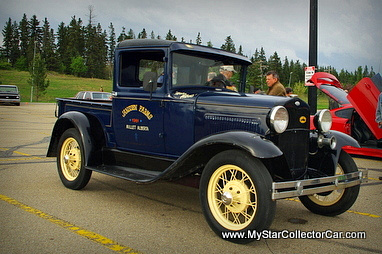 Anthony Martin graduated from high school this spring and he was lucky enough to be able attend his graduation in his uncle’s 1931 Model A pickup truck. Too cool for school would be a mild way to describe the moment when Anthony showed up with a 78-year-old truck for his big life moment. 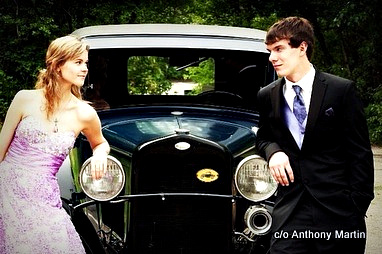 Anthony’s uncle purchased the Model A  from the original family two years ago and the truck joined his list of investment vehicles. Anthony’s uncle likes to invest in old iron and occasionally sells them when he “needs the money”, according to Anthony.

The man (Anthony’s uncle) is also about 6 feet 8 inches tall and the truck is not exactly a custom fit for him. These Ford trucks had a pretty small cab and I noticed that it was a tight fit even for me at 6 feet tall when I climbed behind the wheel. 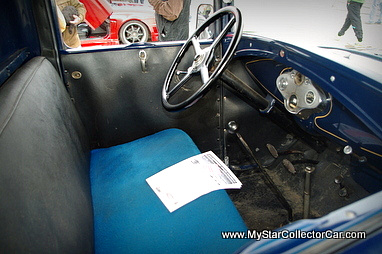 I wanted to see how the outside world looked from inside the truck after all of these years and the view over the hood looked pretty familiar, despite the passage of so much time since my early 60s childhood. However the cab seemed very tiny by comparison to my last experience as a young kid and I conjured up a frightening image of adult me and my brother Jerry crammed into the cab with my dad. 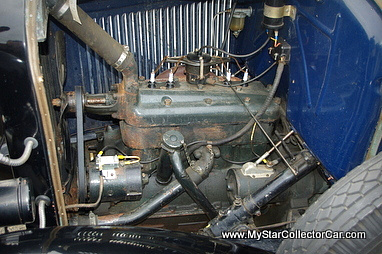 Consequently, I crawled out of the Model A’s cab and congratulated Anthony for his incredibly stylish grad ride. He promised us a grad photo with the truck and, as you can see, he kept his promise. 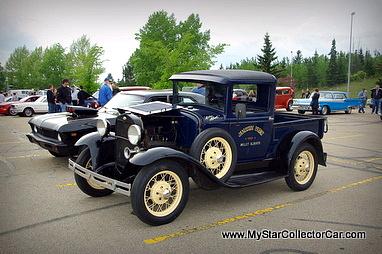 MSCC wishes Anthony all the best in his new life after high school and are confident his future choices will be continue to be as wise as his transportation choice was for graduation.