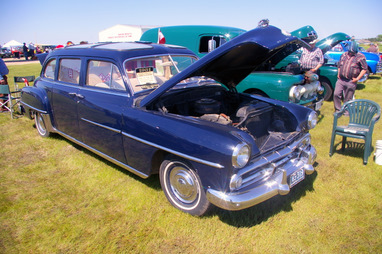 Sixty years ago a film called “River of No Return” was filmed in Jasper National Park Alberta Canada.

The two stars of the movie were Marilyn Monroe and Robert Mitchum.

To state that they were huge Hollywood names at the time is obvious-what’s less obvious is how they transported Hollywood royalty to and from locations on the film. 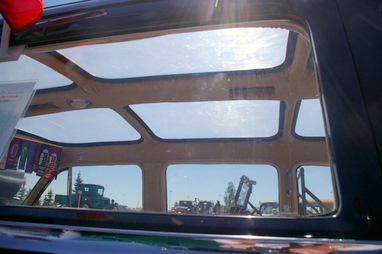 Carl Spreen has the answer-more precisely he owns the answer-a 1951 Dodge Limousine custom built for the Jasper Park Lodge. They required the panoramic roof windows to accentuate the incredible mountain views.

That history didn’t matter to Carl back in 1965 when he bought this rare piece of custom coach history for 50 dollars.

His buddy had purchased the big Dodge at an auction but it was clearly an impulse buy so he asked Carl “you want to buy a car? I don’t know what to with it”. Carl wasn’t sure about that either but he paid the fifty bucks and almost made it home. He was within a half mile of his home when the old flathead gave up. 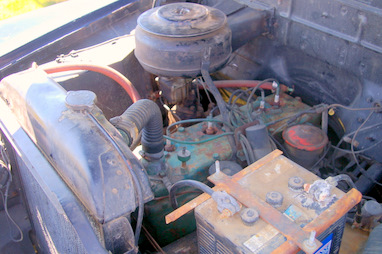 Carl wasn’t intimidated by this-he towed the Dodge home, jacked it up, put it on blocks and used the tires on his Ford truck wheels and all for 4 years. That alone was worth the 50-dollar asking price.

For 12 years Carl pondered the fate of this giant Dodge-money restraints were his biggest factor but he did store it properly. As a result the semi-famous car fared well over the years. Carl said, ” there wasn’t any damage from an accident but there were some places that were rusted through”.

He found an “out of work body guy” and that made it affordable to put this classic back to its former glamorous state. Carl recognized at the time that this car was something special-that’s why he kept it.

Carl has truly enjoyed the car and he respects its glorious past because he knows that royalty and far more Hollywood names have ridden in the Dodge but he prefers to name only the documented stars like Monroe and Mitchum.

Since he’s owned it very few people have had the privilege of riding in this classic-it was featured as a wedding car for his daughter but generally the list of documented passengers is very short since 1965. 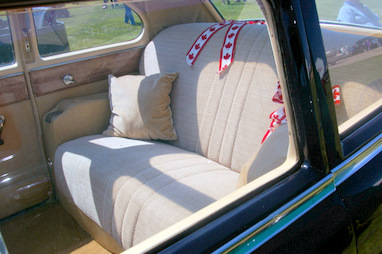 Carl has run into health problems in the last few years and driving it is not an option. But he does report that when he could drive it- the big car rode like a dream at 50 miles per hour on the highway. 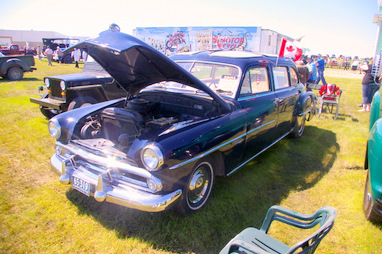 Carl gets satisfaction out of the car by trailering it to shows and answering the million questions that come up including the big ones about its famous past.

DENNIS:“Those old long wheel base, 50’s era Dodge Sedans with the fold down jump seats were cool. You could almost live in em. A Turtle could beat the ones with the flathead 6 and the “Fluid Drive” automatic transmission in a drag race. The few that remain are as good an investment as gold.

JUNE 2015 STARS IN TRAFFIC: A SHOWCASE FOR THE DEDICATION OF...

CANUCK-ONLY FORDS: WHAT WAS IN A WEIRD NAME UP NORTH?