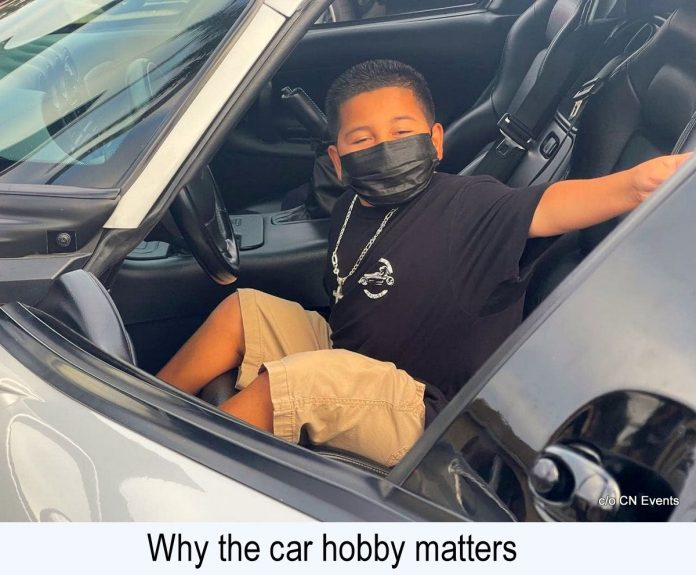 There are car events held in thousands of towns and cities every week and most of them have a deep connection to the community because these events bring people together.

Here’s what Cassie had to say:

“I am often asked how I can be part of a community, and it is a community, that is often seen as loud, brash, and seemingly dangerous. I tell them because what you see is a small part of the community.

“This is the majority of the community. This is what it means to be a part of this community. Cars have brought people together since they first rolled down a dirt road and they continue to do so to this day.

Being a part of this community isn’t just about having the loudest or fastest car, it’s not about how much money is in the paint or a fancy exhaust. It’s about the community.”

“Coming together, being there for each other.

I have been a part of this world since I was born. I have been to racetracks, and massive expos, I have been to the local cars and coffee and even on lazy Sunday drives. One thing is common, strong, and consistent throughout all of it. The passion”.

“As I look through the memories of a parade last year I am floored by the love and inclusion of this community. A boy, a small boy who had been dealt a raw deal in life had asked to just see a Dodge Viper. He didn’t ask for a specific year or color—he didn’t even ask to see it up close. All he wanted was to see it drive past his house”.

“When I heard this, I put the word out. I didn’t know anyone who drove a Viper, but I figured I could try. The car community heard about this little boy and vowed to make his dream come true. This community who so often gets a bad rap for recklessness and danger and disrespect came out for a little boy and did nothing but bring him joy.”

“We did a parade, but we did more than just cruise and wave. We brought toys, balloons and signs. He got t-shirts and models. He got over forty epic rocking cars to roll by his house cheering him on after his ordeal. We took over an entire neighborhood honking our horns, shouting his name, and showing him that we were here. That we loved and supported him. We didn’t know him, but it didn’t matter.

A love of cars brought us together and he forgot about his ordeal, and he smiled. After the parade a select few cars parked in front of his house, and we hung out. He got to sit in the cars. He got to honk the horn and lean up against the seats”.