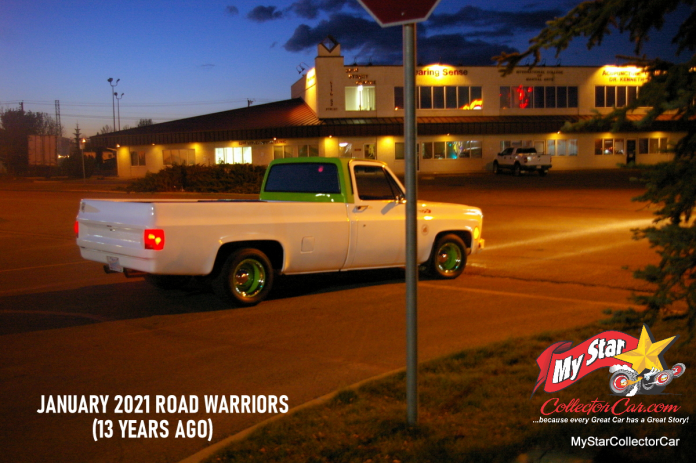 Why not start a new year with a look back, because MyStarCollectorCar is always about looking back.

These classics were on the street back in 2008 when MyStar was still in the planning phase so the idea was to build an inventory of cool car pictures.

This ’62 Plymouth was on the Street in Sylvan Lake, Alberta, Canada back in ‘08 and it would later become a 2011 MyStar owner’s story because of its incredible family connection.

This Volvo 544 was also on the street back in 2008 and no—it didn’t become a future MyStar story—but that didn’t mean it wasn’t cool enough to make the grade.

This ’63 Ford did make the pages of MyStar but back in 2008 it was still a future story.

This incredibly cool ’59 Impala was spotted back in 2008, but it didn’t survive long enough to be a feature story because it was written off, but it will live on forever at MyStar.

CONTACT MSCC ABOUT YOUR 2019 CAR SHOWS, CLUB MEETINGS AND CLUB...