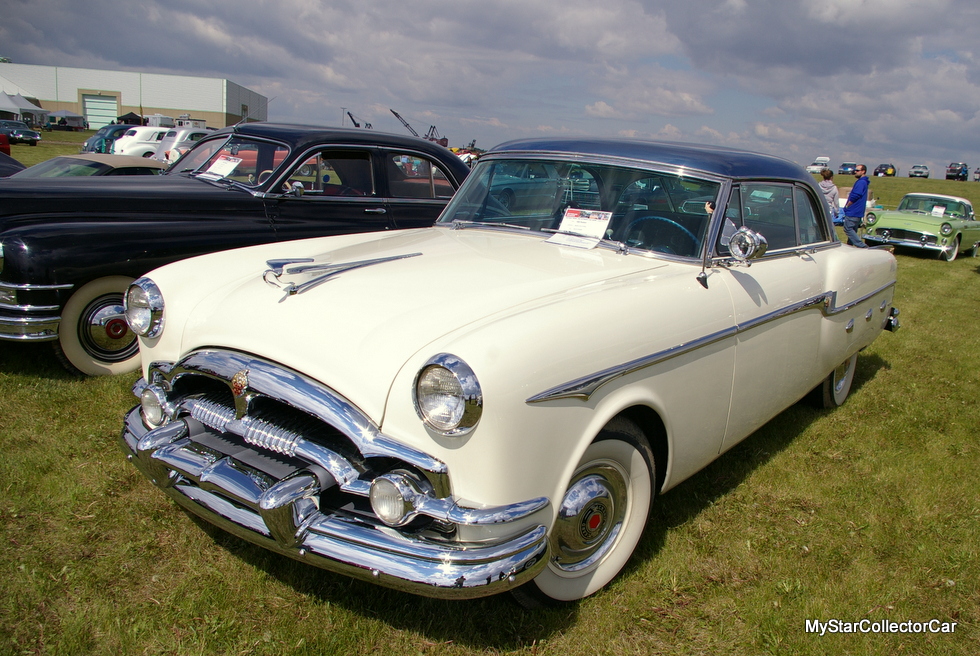 Packard was a famous name in the automotive world for many decades before it became part of the Studebaker family in 1953.

Ray and Liz Bouillet are the proud owners of a 1953 Packard Mayfair that became a member of their family about 12 years ago. 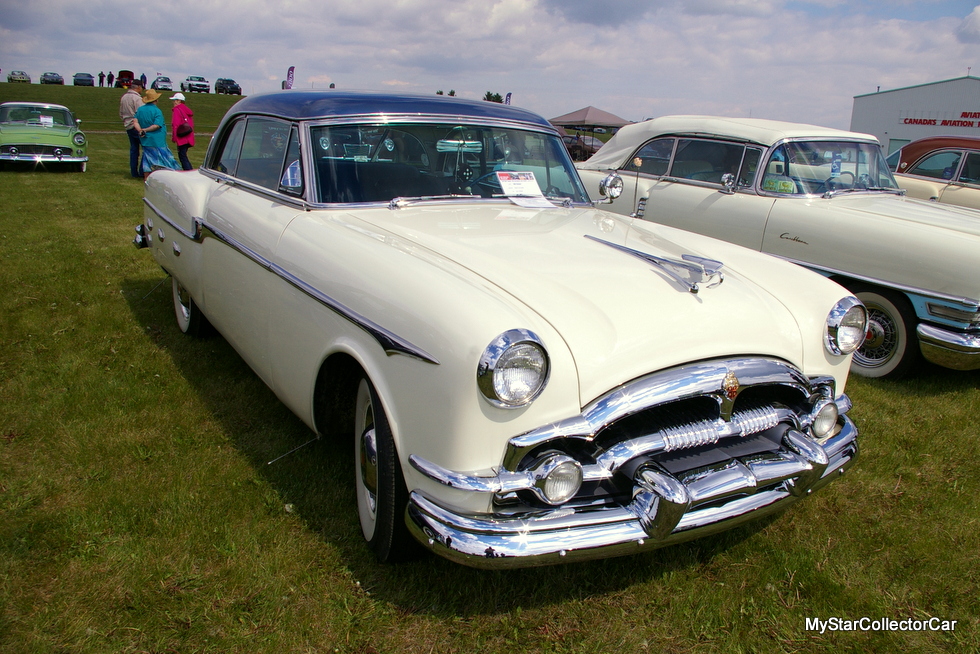 Ray has been a fan of the Packard models for many years and even owned one that was his daily driver in 1974. By then both Packard and Studebaker were long gone from the automobile world but Ray never let that minor detail get in the way of his purchase of a used Packard. 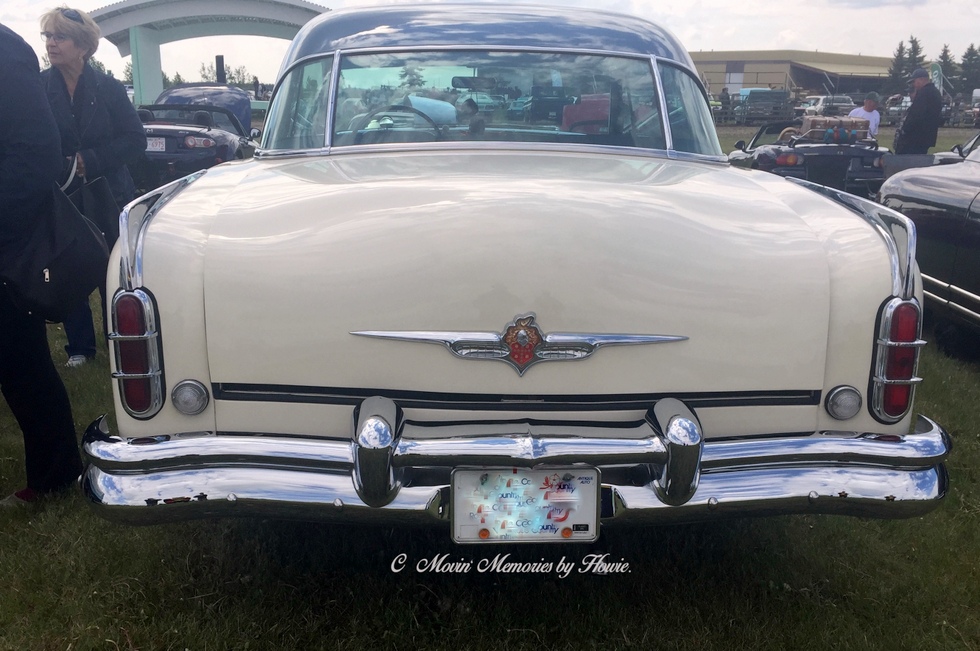 The experience strengthened Ray’s bond with the Packard brand and eventually he became the owner of his current car. “I was hooked on Packards”, in Ray’s words.

Ray bought the car as a project from a buddy and the Packard required three years of work before it was ready to hit the road. He targeted the interior on the car and was able to keep the original material after a serious amount of “tidying up” in Ray’s words. 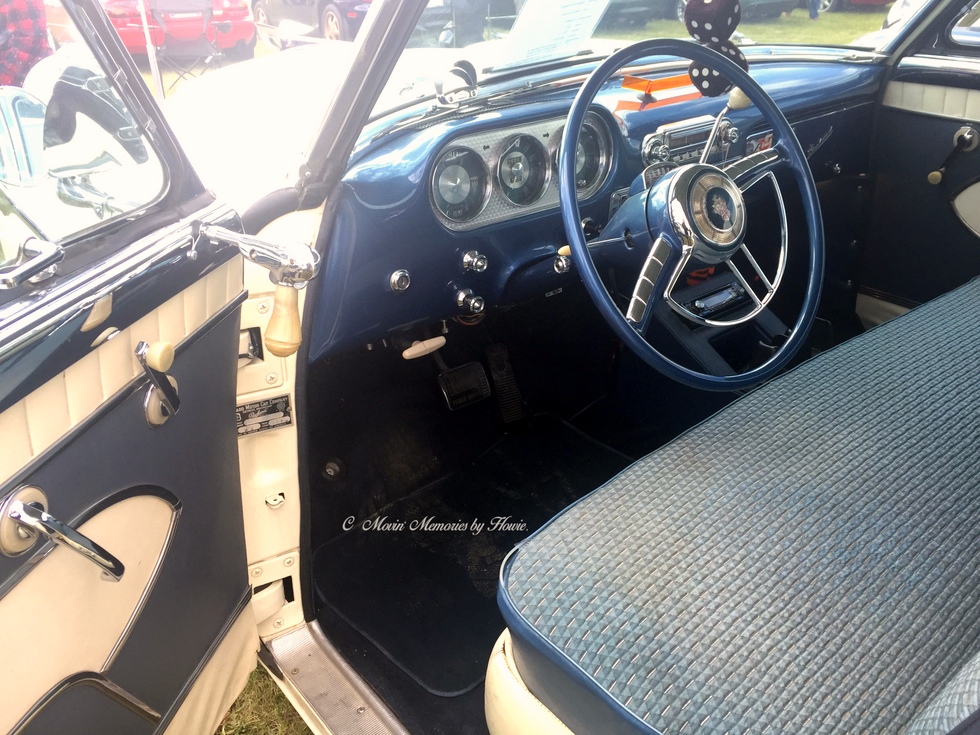 Ray wanted to keep the Packard as close to original as possible, but he decided to add an early 90s Chrysler overdrive automatic into the powertrain mix. He was able to find an adaptor kit that allowed him to bolt up the Mopar tranny to the Packard’s factory inline 327 cubic inch flathead 8 engine. 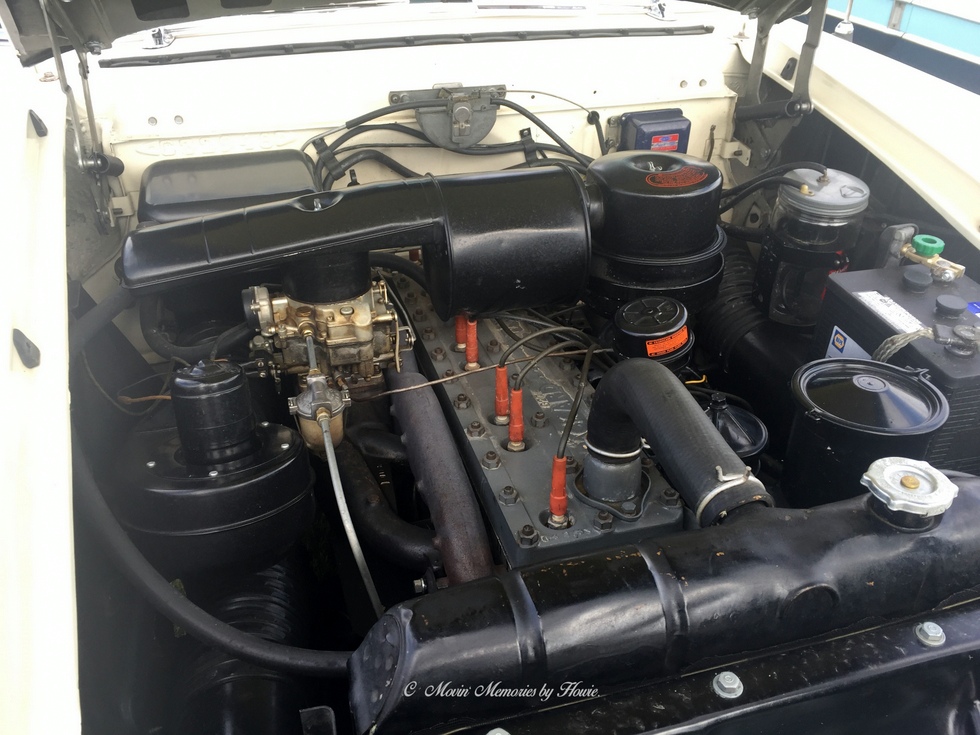 The kit operates via a vacuum system and shifts the car into overdrive at about 45 mph (90 km/h) on the road, according to Ray. The dimensions of the new transmission required various modifications to the Packard, including the driveshaft because of the length of the overdrive unit.

The net result was a big change in the Packard’s ability to handle higher speeds on the road and now Ray is comfortable at 60-65 mph (about 105 km/h) on highways.

Ray and Liz took their Packard on many long trips during the early days after it was ready for the road, including a trip from their prairie home through the mountains to Vancouver, BC . They wanted to attend a large show of like-minded Packard fans and do not believe in trailer queens. “What is the point?”; in Ray’s words. Their only issue on the long road trip was pretty minor: a broken speedometer cable. 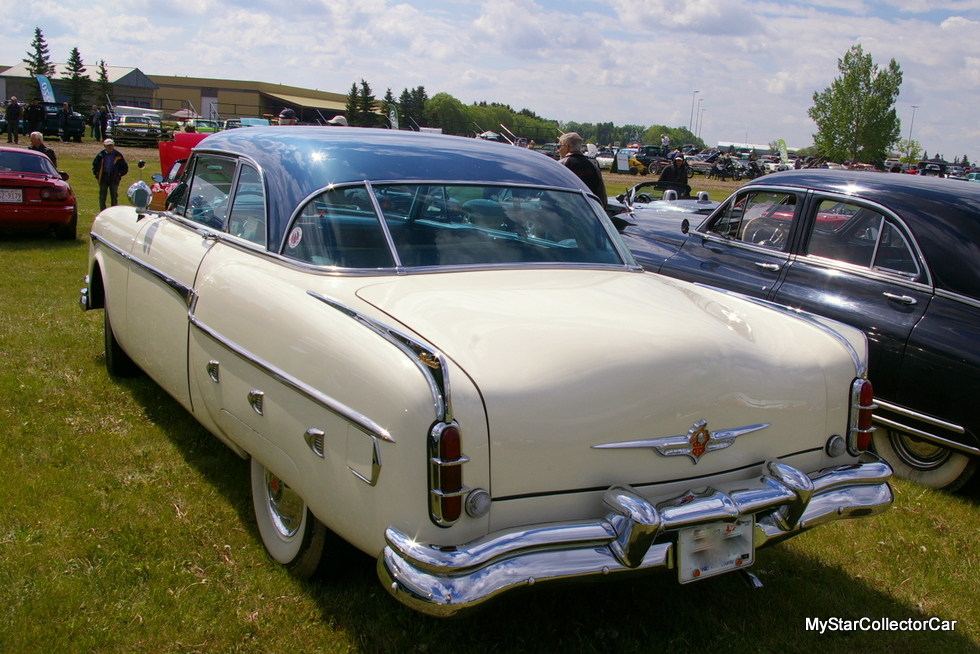 As mentioned, the Packard is essentially stock and still has most of its features from 1953. The list includes a 6-volt electrical system, signal-seeking AM radio with tubes instead of transistors, and vacuum windshield wipers.

Ray recalled a 2019 incident when he and Liz were caught in a freak early June snowstorm and his vacuum wipers and factory defrost/heat system were severely tested by the conditions. 1950s technology in the Packard had a little trouble with the wet snow at times, according to Ray. 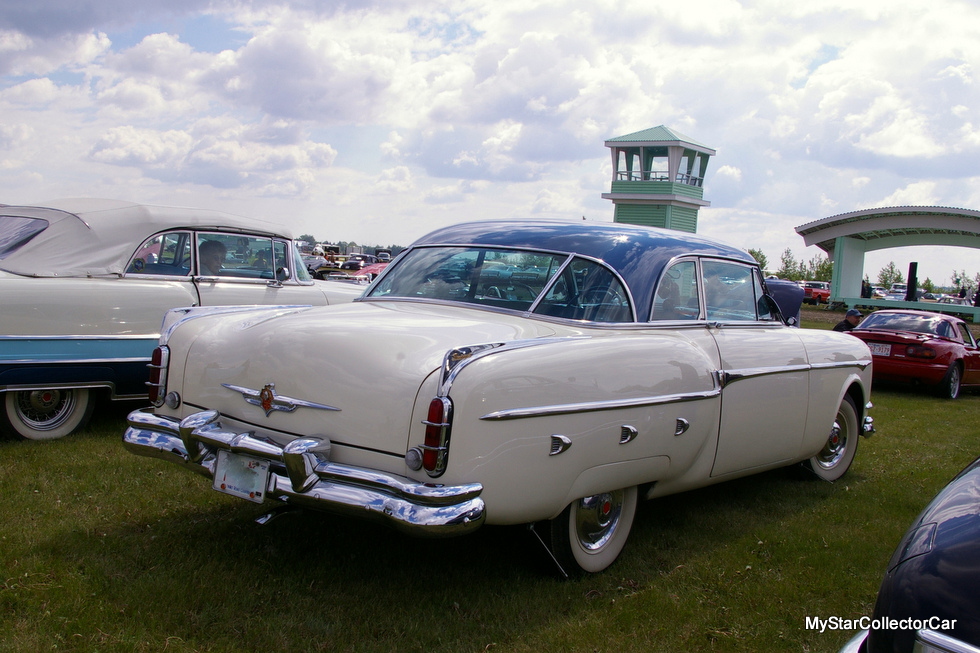 Overall, the Packard handled the adverse weather conditions very well in Ray’s opinion, so he was not intimidated by the situation. Maybe his first Packard experience (as Ray’s daily driver) 45 years ago gave him enough confidence in the engineering behind these iconic cars to handle the bad road conditions. Or maybe Ray’s decision to carefully inspect the mechanical condition of his Packard every spring gave him even more confidence in the car. 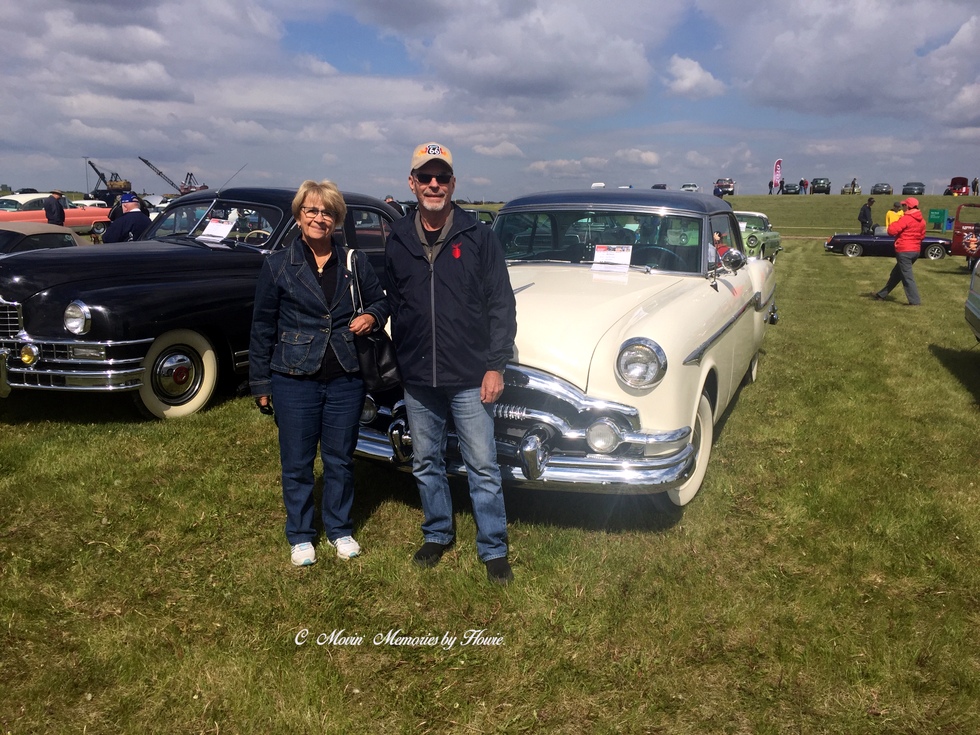 Either way, don’t look for Ray and Liz to trailer their beloved Packard to their next destination because it is definitely not in the cards for them or their car.