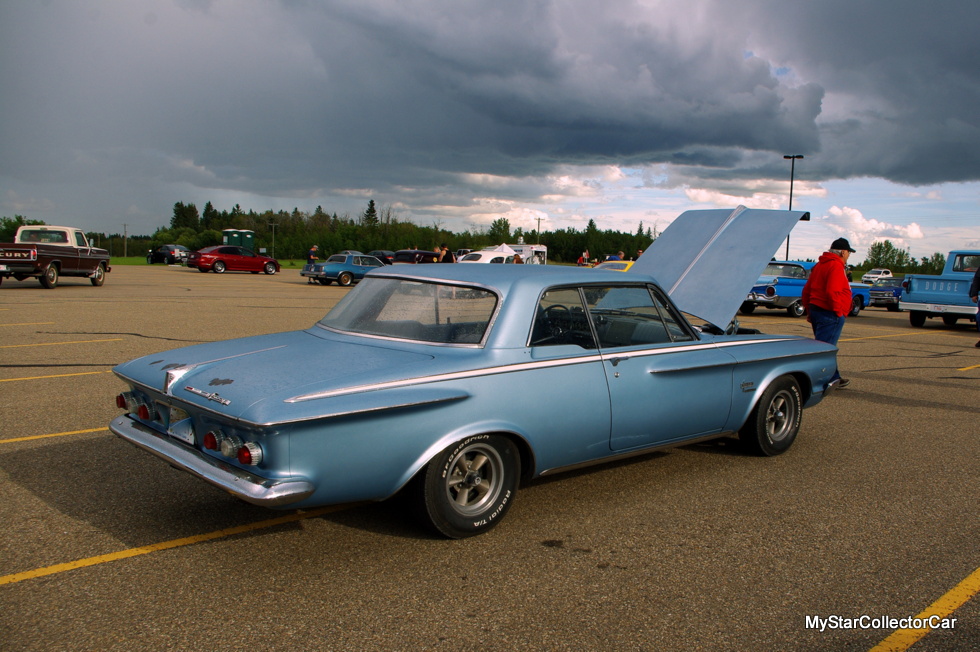 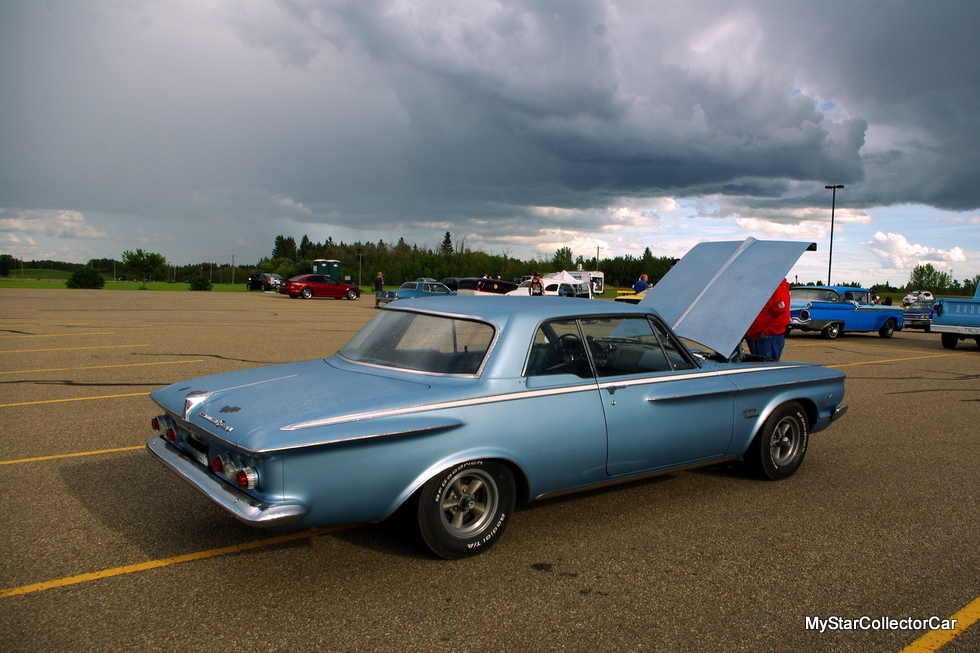 Chrysler products are all in the family for Wes Swainson because he has several branches of his family tree who buy into the notion of “Mopar or No Car”.

‘Wes used to lean toward the late Sixties and early Seventies army of Mopar muscle cars, but he looked a little further into his rear view mirror of memories and bought a 1962 Plymouth Fury.’

An uncle purchased one of these cars new in ’62 and Wes took note of this event when he was a young kid. 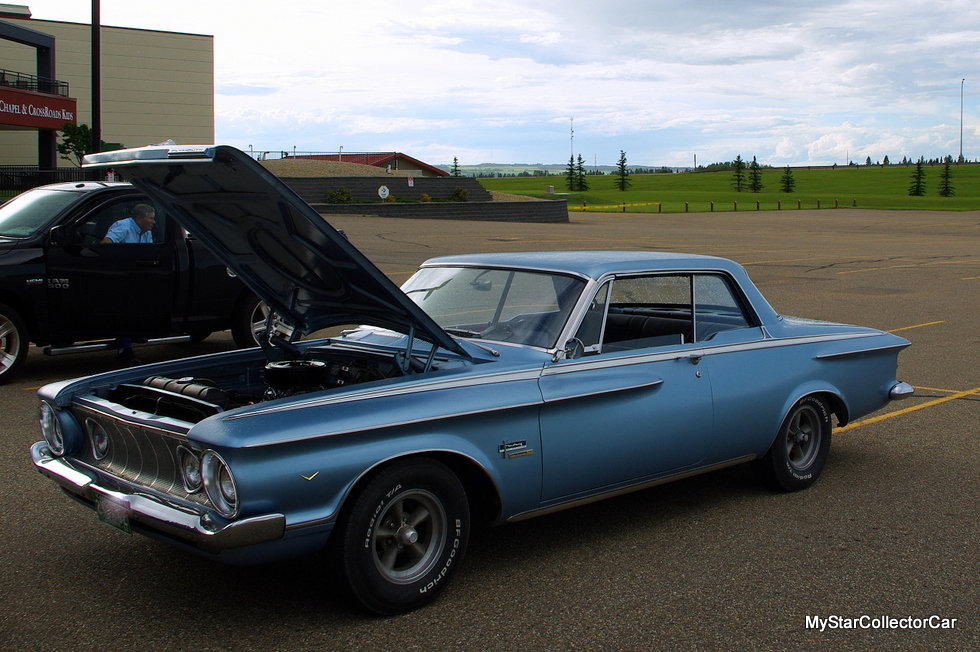 Wes began a search for a 1962 Plymouth Fury much later in life and found his dream car five years ago in Cranbrook, British Columbia. The previous owner had rescued the car from a southern Alberta wrecker’s yard and breathed life back into the car. 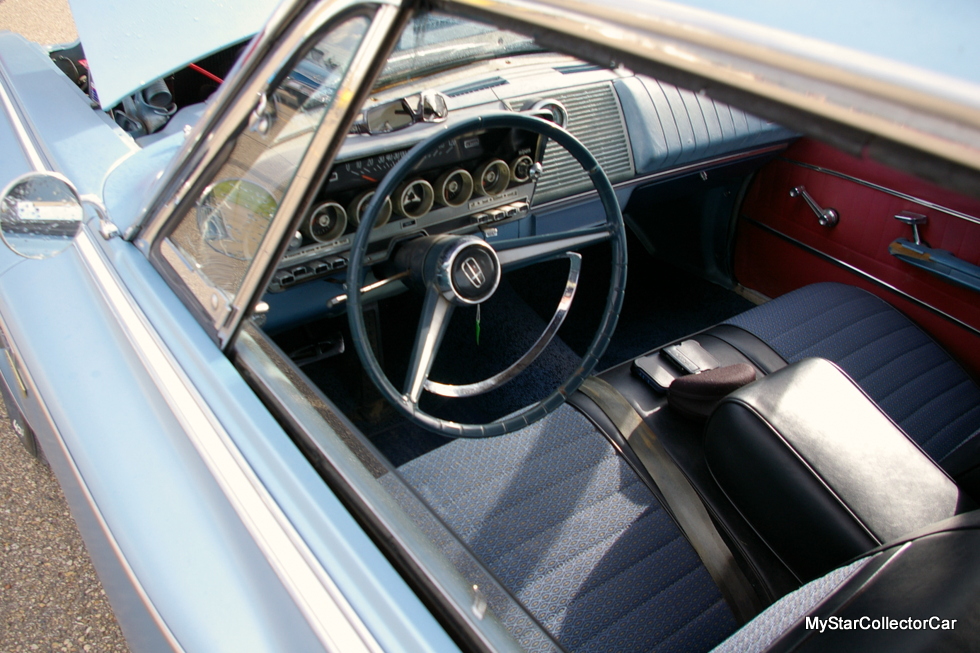 The dry and arid climate in southern Alberta saved the car from serious rust problems-even in junkyard storage. 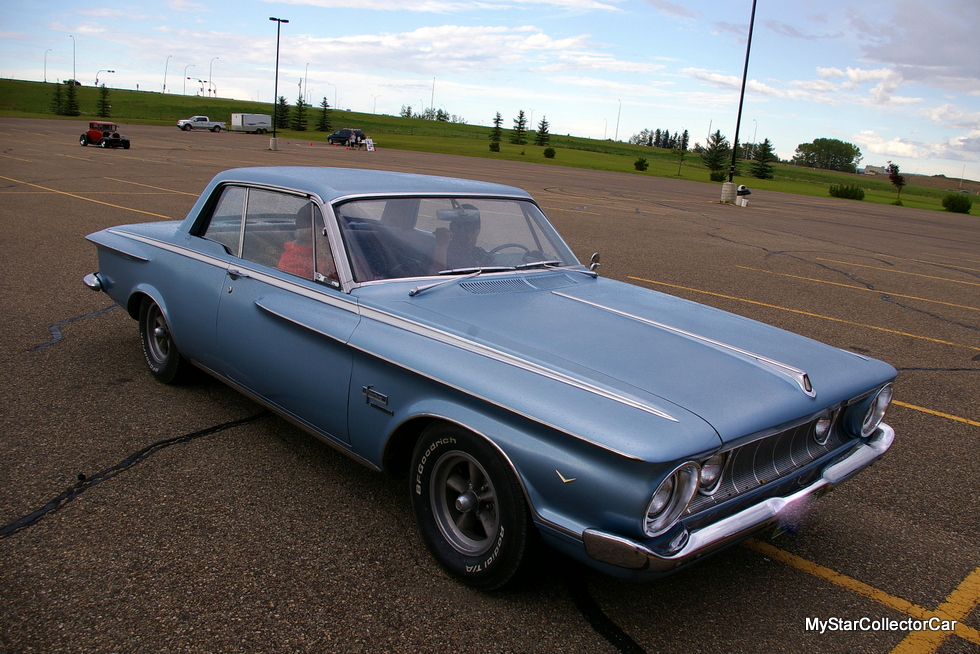 The Plymouth was rescued, resurrected and relocated to the mountain community of Cranbrook where it became a daily driver for the former owner for 9 years. The car endured Rocky Mountain winters where heavy snowfall was a distinct possibility every year. 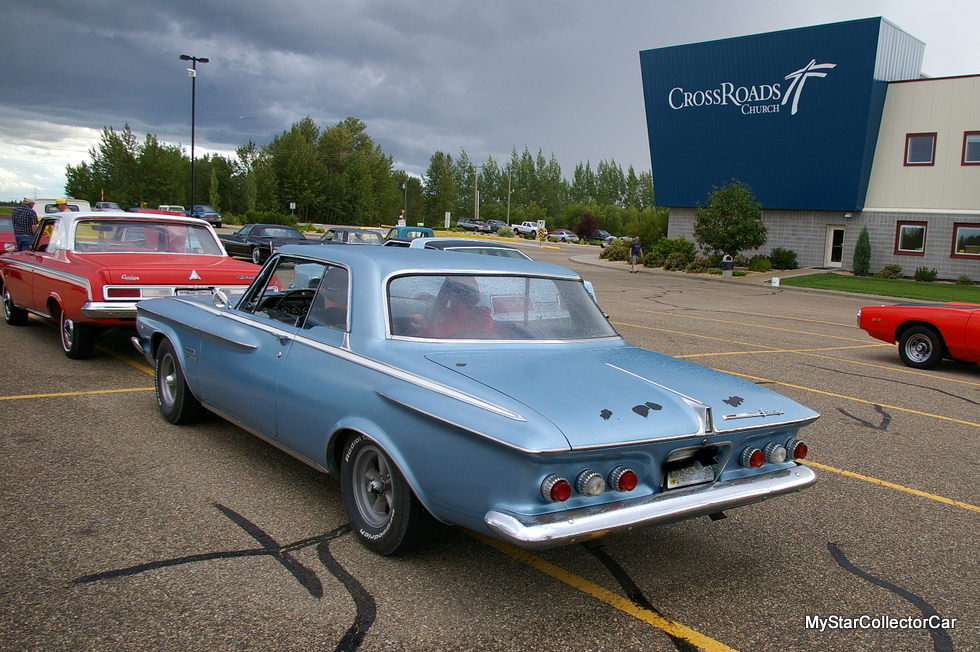 In fact, the previous owner told Wes his car was subjected to enough snow on its roof to bend the roof a little in extreme conditions.

The happy ending to this unusual problem was the roof flexed right back to its original condition when excess snow was removed from it. Wes noted the unusual roof line ridge on the perimeter of the Plymouth likely held the show on the roof and also provided the structural strength to help prevent damage to it. 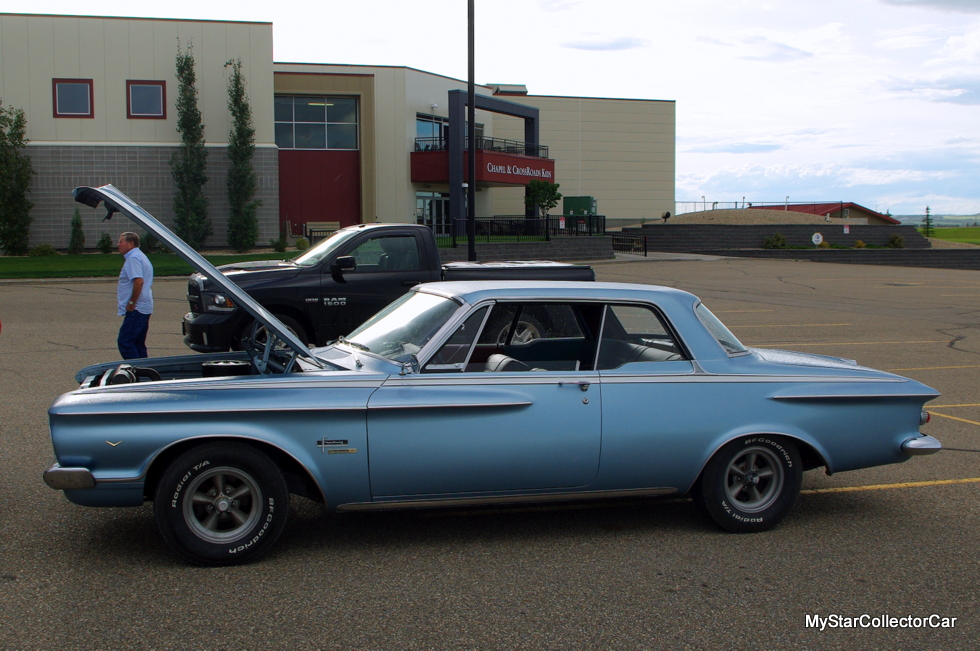 According to Wes, the Plymouth prompts two separate reactions from men and women. Men see a 1962 Fury and ask Wes if he “is gonna put a 413 under the hood”. Women simply say “it’s an ugly car”. 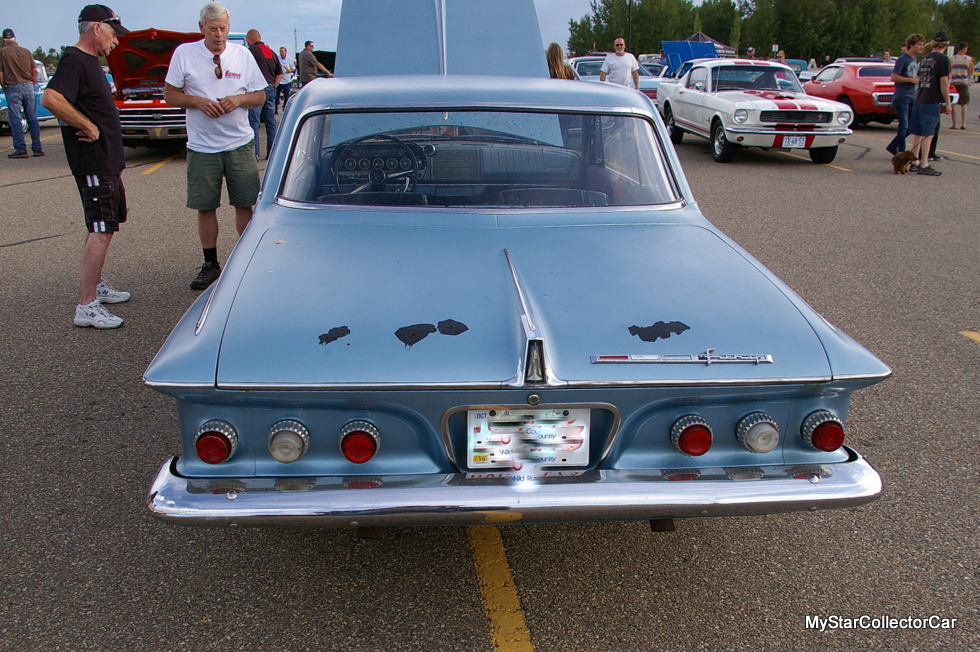 Actually the car has a 440 donated by a 1967 Chrysler under its hood. It also has a 1967 Plymouth Satellite rear end that eliminates the infamous beveled rear axle issue that made brake drum removal a nightmare on earlier Plymouths like the ’62 models. 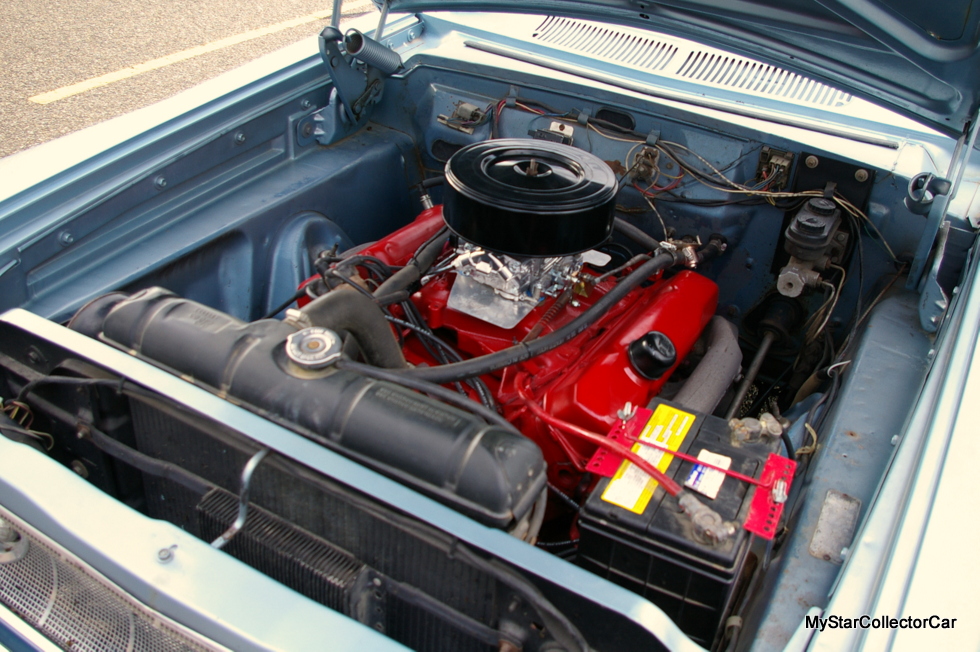 Wes told MSCC the car has also been upgraded to a dual master cylinder with front discs that were donated by a 1972 Chrysler. He added the car has undergone some other upgrades, including an aftermarket carb and electronic ignition. 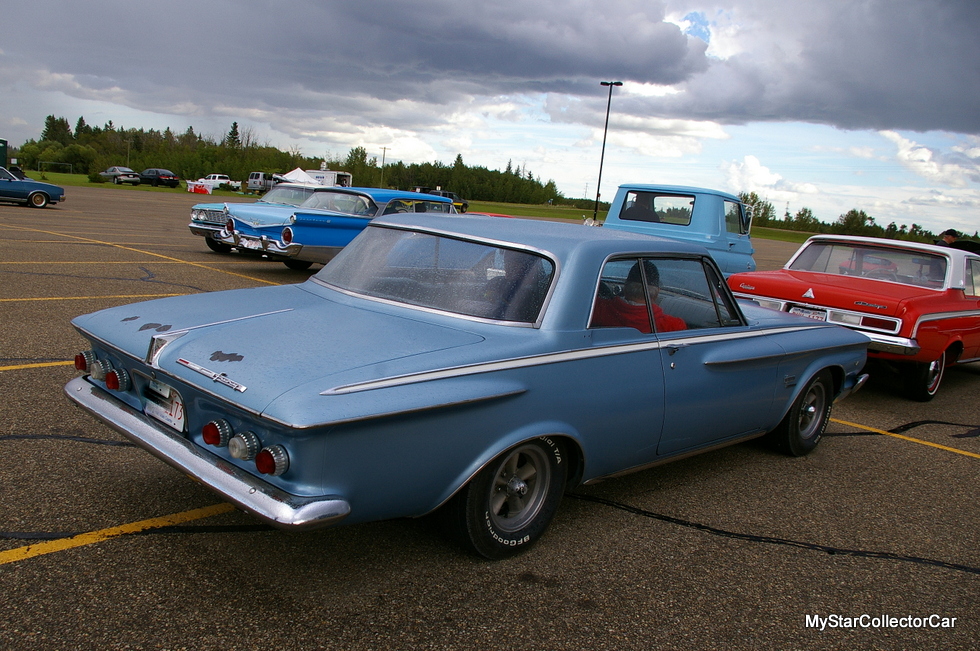 Wes used the air cleaner from the Fury’s original 361 engine to crown the bigger transplanted 440.

The Plymouth would look a little different to American Mopar owners because the trim travels down the side of the car and flows into the top of the front fender. The unusual trim package gives the Plymouth a uniquely Canadian trim style that really works on the car.

The mag wheels on Wes’s Fury have a retro look that are a nice touch on this two-door Mopar from the early Sixties. 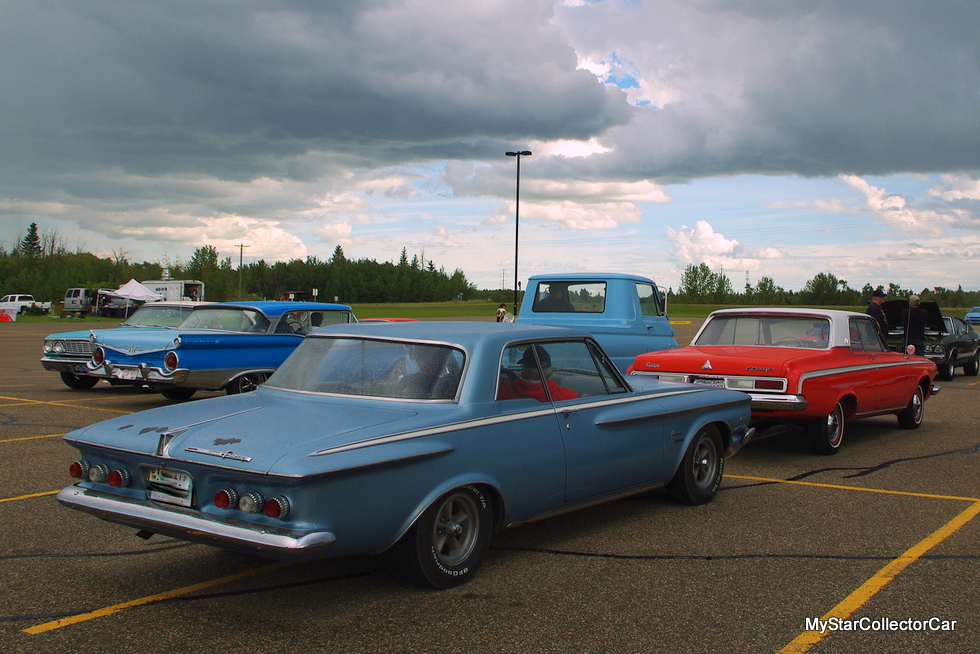 1962 Plymouths are not common 55 years after the last one left the factory.

‘We at MSCC are glad that a dedicated Mopar guy from an extended Mopar family was able to find the car of his childhood dreams.’