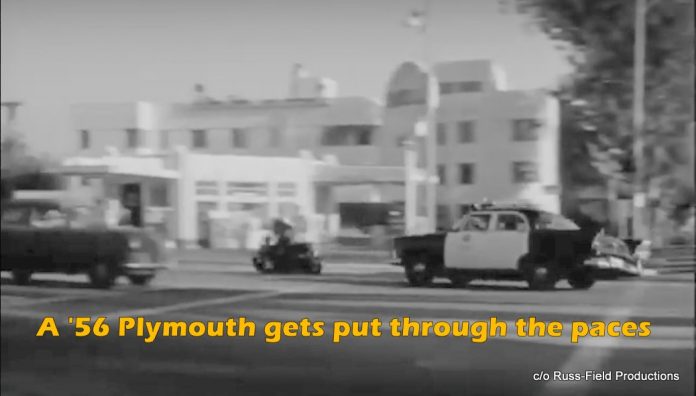 The 1950s was a decade of big changes on many fronts in North America.

The Cold War heated up as the Soviets and Americans squared off in a nuclear weapon poker game that made bomb shelters more important than rumpus rooms in many North American homes.

The scientific advancements included a space race between the United States and the USSR (Russia and its unwilling cadre of Eastern/Soviet Bloc nations) so the two rivals could establish a foothold outside of the gravitational and atmospheric realm of Earth itself.

The message was clear in the 1950s: take the high ground of outer space before your Cold War enemy gets there first.

The battle between the Soviets and Americans for global supremacy did not extend to popular music and the Elvis effect. Rock and roll music was a 1950s phenomenon in which the United States dominated the Russians in a big way, largely due to the impact of Presley’s ability to bring race-based music to a white audience.

However, MyStarCollectorCar is not a historical music publication, so we want to concentrate on the idea of rock and roll as it applied to the 1956 Plymouth’s handling habits.

The idea of excessive lean and body movement in a ’56 Plymouth stems from an obscure 1957 movie we found on TCM, an old movie channel that celebrates retro cinema. The movie was ‘Fuzzy Pink Nightgown’ and starred famous 1940s sex symbol Jane Russell in what could only be described as typecasting since she played a fading Hollywood star in the flick.

Her character was kidnapped by two opportunistic war vets who had to adjust to her sassy approach to their crime. The 1957 plotline had a Stockholm syndrome (i.e. kidnap victim falls in love with her captor) vibe to it, even though that psychology theory was still about 16 years away from popularity.

The most interesting part of the movie was the car chase scene near the end of the movie.

Somehow Russell’s character and her love interest/captor were able to steal a 1956 Plymouth police car so they could rescue the other kidnapper from the airport. The drive to the airport was the most memorable part of this forgettable movie because the stunt driver really put the Plymouth through its paces during this scene.

The car rocked its way through lane changes and almost rolled during the tight turns from the chase scene.

There were some basic reasons for the ’56 Plymouth’s bad handling performance: it had soft rear springs, even softer front coil springs, and a top-heavy body design. The Plymouth’s entire handling package was built for the non-curvy part of any road and could be a disaster when the wrong driver gripped the steering wheel and confused it with a Formula One car.

The talented stunt driver in the ’56 Plymouth kept the car off its roof-despite the rock and roll nature of the car’s engineering when the sedan was put through the wringer. The movie may have been a flop on many other levels, but it did provide a real-world performance driving test for the Plymouth and its gutsy wheelman during the filming process.