One rare component of the famous musical British Invasion of the 60s was the music found in the well-tuned exhaust of the Rover sport sedan.

The Rovers did not hit the shores of North America in abundance, so Ole Peterson is the current western Canadian owner of a very rare 1969 Rover 3500 model. 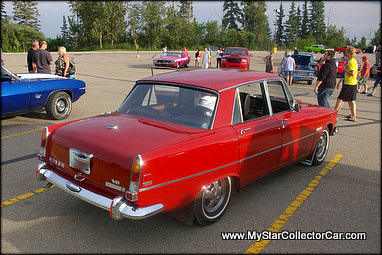 Ole’s wife Carole’s parents imported the Rover from England as a brand new car back in 1969 after a lengthy 6 month process to deliver it to their West Coast home. They paid $5500.00 for the Rover in ’69, a time when that was a sizable investment in a daily driver.

Ole’s in laws drove the Rover until 1988 when the aging British import began to show serious signs that it needed to retire from active duty. The car was rusty and the engine smoked more than the Marlborough man.

The car had little to offer outside of sentimental value to its original owners, but that sentimental value was enough for Ole to jump into the rescue game and save the Rover from a date with a crusher. Ole is a mechanic with enough talent to tackle a major challenge to breathe life back into the aging Brit.

The restoration process took six long years that began in the mid-90s and now Ole has one of the finest examples of a rare 60s British supercar that can be found in North America.

The 1969 Rover was an amazing blend of British engineering and American horsepower because it was powered by the famous lightweight aluminum Buick 3.5 liter V-8 after a deal was reached between GM and Rover to allow the Brits to use the Buick small block.

The result was a lightning fast road rocket that served very well as a police pursuit vehicle in England. The hood scoops are not simply decoration for the Rover because they ram a lot of air into the car’s twin carbs through a sophisticated channel of air cleaner tubes.

The car was geared for high speed pursuit by British law enforcement and the lightweight aluminum small block meant that the Rover was also a well-balanced car. It is a wolf in sheep’s clothing and was nicknamed the “Jag-eater” by British car guys because it ambushed them with its lightning fast speed.

Ole is well aware of the car’s potential and has, on the rare occasion under supervised conditions, driven it at speeds (140 mph– around 235 km/h for metrics) that got him very nervous. The car still had more for him if he had possessed nerves of tungsten steel, but Ole believes Clint Eastwood had it right when he said a “man’s gotta know his limitations”.

Ole had another story about an incident that began when a Camaro pulled up tight to the Rover’s rear bumper and then tried to pass Ole while both were doing about 80 mph (a little over 135 km/h for metric people). 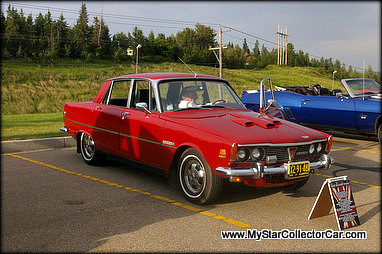 Instead Ole pinned it and quickly pulled away with a wave and a smile from the very surprised Camaro driver. It was no contest and it was the last time he saw the Camaro that day. 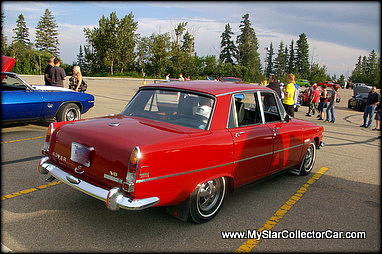 In the end Ole was very happy with the results of his six year restoration and so were his in laws.

In fact his mother in law labeled it a not-for-sale family heirloom and that pretty much sums up the future of the Rover in Ole’s family.