One of the real perks of my job is the time I spend around the vintage vehicle world.

‘The one constant is that the owners’ choices fall into three categories when it comes to their beloved chariots.’

The choices of roads most likely taken include restoration, resto-mod or flat-out street monsters.

There are certain considerations for each choice, so let’s look under the hood of all three options.

First the street monsters: There has always been a certain magic to massive horsepower wedged into a place it doesn’t really belong. The “Tim the Toolman-more power” concept has been the mantra of hot-rodders ever since horsepower was first measured in an internal combustion engine instead of a Clydesdale. Since then car guys have always wanted to get there fast and first. 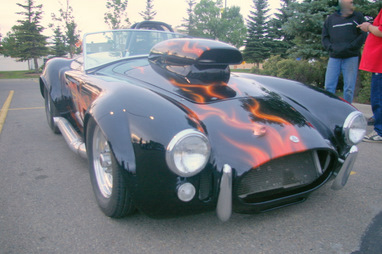 Today street monsters have many performance enhancing accessories that take raw big block muscle and put it on massive steroids. Supercharged nitrous-assisted killer machines can be found in almost every inhabited region of the planet-including city streets. 700 horses under the hood might only get you a Shetland pony in this world because there are many 1000 hp quarter horses on the street and therein lies the problem.
A couple of years ago, I watched a guy with a Hemi- transplant Dart attempt to regain control of his car when it broke loose on a major city street in my town. His power to IQ ratio was a little out of whack when he pulled this stunt but very good luck trumped very bad driving and he avoided a body count in this escapade.
The overlooked variables may include fortified frames, decent brakes and rear ends designed for crazy torque that doesn’t grab on one side like the aforementioned Dart. Complications in this area might mean that you may need a lawyer to sort out your car problems after the crash.
One of the most popular new car philosophies involves an old car with new innards, commonly known as resto-mods. The outer skin may have a vintage look but the beauty of these cars is definitely more than skin deep. A resto-mod taken to the ultimate level will have 21st century technology from the front bumper to the rear bumper.

In between are options like high-tech steering components, suspension, brakes and power trains, as well as interior creature comforts like a/c and a full audio/video package. 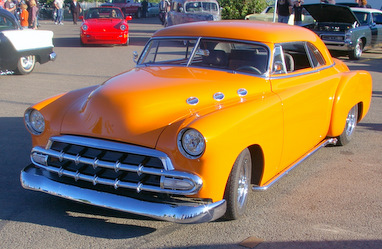 The vehicle may get tubbed, chopped and slammed in the process depending upon the tastes and budget of the owner as he or she put their own stamp on their baby, but the basic look will definitely be old school even after the makeover.
The third choice among car owners is restoration or preservation of a stock vintage vehicle. The car remains original and the result is a real trip down memory lane, complete with stock power and handling limitations from a bygone era. That is part of the charm of ownership for many car guys who may have become attached to the romance of a car owned by their parents or grandparents. For a lucky few, it may even be that car instead of a look-alike.

Either way, the important part of the equation is an original vehicle for this third type of owner and he or she will never alter their vision of perfection; which is an original unaltered vehicle.

So now we come to the three choices and the value of each one. A bad ass street machine is definitely an investment largely based upon the need for speed. Forget about long term value unless your name is John Force and this is your daily driver. Outrageous big blocks that suck in a lot of nitrous are destined to spend a lot of time blown up. The same principle applies to tuner monsters because tricked-up engines are a lot like crystal meth addicts in that neither are built to last.
You will have to throw a lot of cash at engine rebuilds and upgrades until you finally run out of cash and ambition.

Then you sell the four-wheeled money pit to the next guy and live on the fast quarter and traffic light race memories.
Resto-mods can be a very expensive investment with an uncertain return. The custom touches that you love may not have universal appeal, so a custom car look designed by somebody whose name isn’t Chip Foose may be a tough sell. The best way to enhance the value of a resto-mod is to avoid excessive alterations to the basic appearance and add subtle upgrades that improve the overall performance and comfort levels of the vehicle.
Original vehicles are still the best overall investment depending upon make and model. Two door hardtops and convertibles will always lead the parade for investment purposes but don’t rule out station wagons from the past. These Baby Boomer-era kid-haulers have caught fire over the past decade. 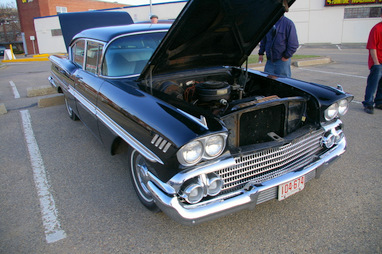 However, the real bottom line for any of the three choices of car philosophies probably has little to do with money for car guys.

They make emotional investments based upon speed, style, nostalgia or any combination thereof- the only dividends that really count in car world.