We are a little cautious with certain information when it comes to our vehicle stories here at MyStarCollectorCar.

We exclude the name of the collector vehicles owner’s community and we blur license plates if they are in the shot.

Some may feel we are overly cautious about this level of protection, but we would rather not put the vehicles and their owners at any risk if we could help protect them.

We had a local recycler who was a well known car guy and hot-rodder. His top employee was also a car guy who had invested heavily into a restoration project that was his pride and joy. It had taken a long time for the man to put the kind of time and money required to do a quality job on his Dart Swinger.

He had shared his progress report with the large number of customers who visited the wrecker during the long haul required to do this level of restoration quality. He was proud when his Swinger finally hit the street and shattered when it was stolen within a matter of weeks after its completion.

Somebody had broken into his garage and stolen the car from him. He never recovered the car and all of his hard work was stolen from him by some opportunistic lowlife who was aware of the car and knew where to find it.

We also did a story on another guy who used to work on his Corvette with the garage door open during the warm days of summer. His alley was a shortcut to a local liquor store and an array of people used to traipse on by his ‘Vette on the way to the store.

Some of of them took more than a passing interest in his Corvette, broke into his garage and attempted to hotwire the car. They were not bright lowlifes so they were unable to steal the Corvette. Plan B to burn the ‘Vette in the garage was borne out of the frustration of their stupidity, incompetence and status as complete social misfits.

We have a current stolen car bulletin that was another garage theft of a 1972 Mustang. The common denominator here was the cars were safely parked in an owner’s garage, yet they were still theft targets. We highly recommend that owners be very cautious with information about their collector vehicles and not share any information about where they store the cars or trucks with strangers. 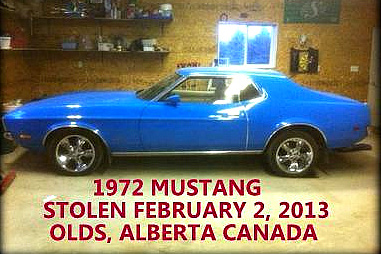 We also recommend owners put a very good security system on their garages, including barred windows, reinforced doors and a state-of-the-art security system (including a heavy video surveillance camera presence) to make the garage less appealing to a garden variety thief.

Another must-add to a treasured old ride is an alarm and GPS tracking system that will let the lowlife know that they are facing a sophisticated automobile anti-theft system that will be well beyond their room temperature IQ. NASA was never a second career choice for these winners. 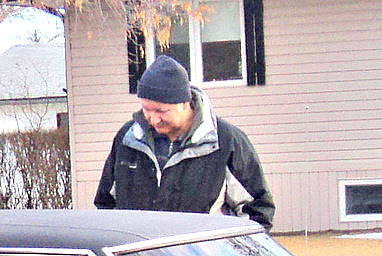 Most of these bottom-feeders are lazy and stupid opportunists who will move on to a softer target, so it is important to make them work hard and weigh the risk of adding to their arrest record when it comes to your security systems.

One of the unforeseen circumstances is a scenario where a guy shows up with a nice truck and an expensive hauler to buy your expensive collector car. The guy looks like the real deal and he gives you a certified check for the car. 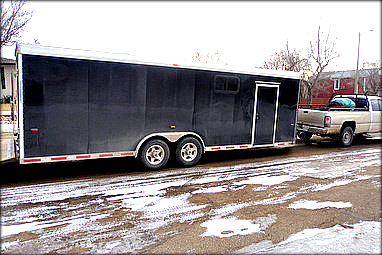 You have no reason to doubt the guy, after all he looked the part and how many people would dispute his certified check? Except that the check was fake and the guy showed up with a stolen truck and trailer. He was even brazen enough to pose for a picture that is included in the story but, a year later, the victim has not found his car of the lowlife that duped him out of it.

The best plan is to make sure the check is legitimate before the vehicle is released by the owner. Most buyers are honest people, so they would be more than willing to any scenario that required them to submit to any extra scrutiny about their method of payment, including final bank clearance on the check or a direct to account money transfer before the release of the vehicle. Lowlifes would be less than thrilled with the idea. 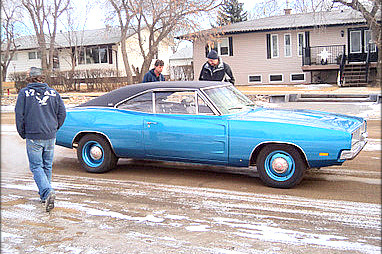 There is no complete assurance your collector vehicle is 100% safe from the clutches of lowlifes, but you want to make their world a lot more complicated when they do try to steal your beloved ride.

Too bad it isn’t a hanging offense like horse theft in the Old West.