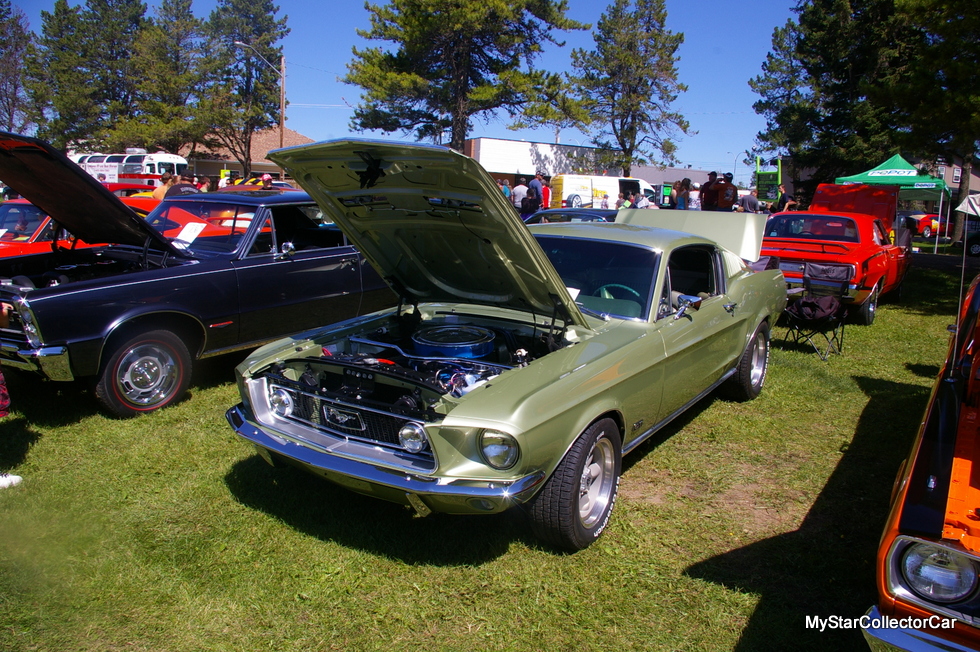 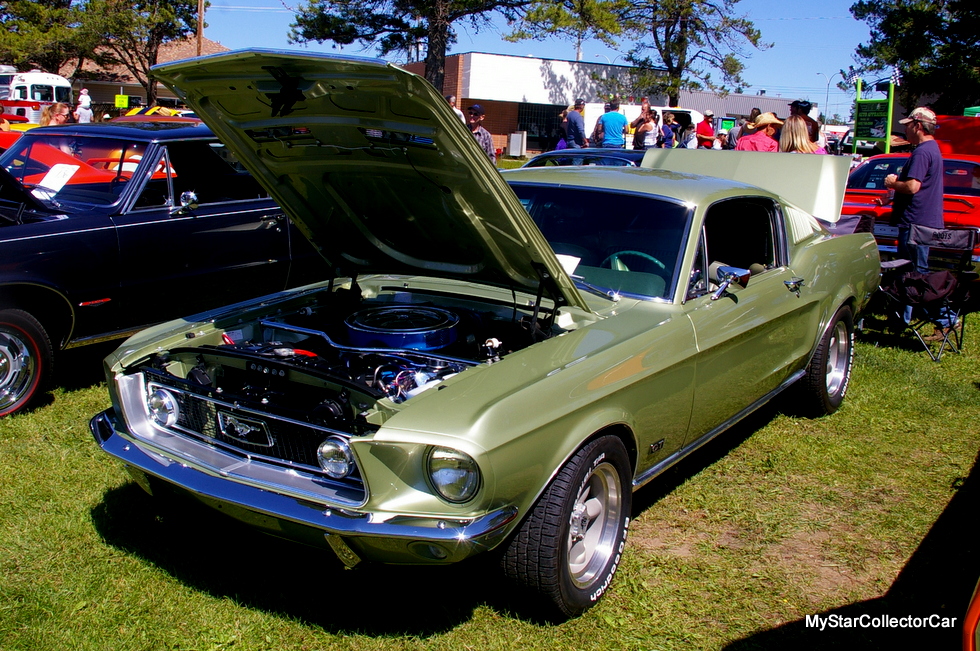 In 1968, a guy named Steve McQueen put a dark green Mustang fastback into the Movie Car Hall of Fame with a film called Bullitt.

Clearly Mustangs didn’t need the movie spotlight at that point – they were already an American icon but Bullitt sure didn’t hurt fastback sales in ’68.

The ’68 Mustang bug bit Brent McCabe early in life and Bullitt was definitely a factor. 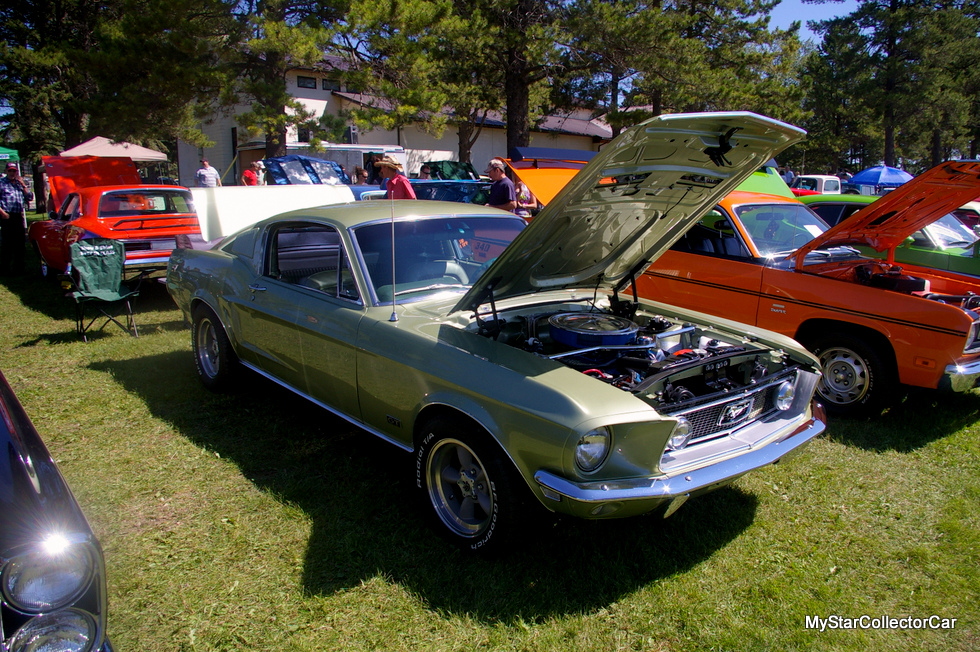 Brent’s story began in 1976 when he was smitten by two things – his girlfriend and his girlfriend’s boss’s 1968 Mustang 2+2 fastback. 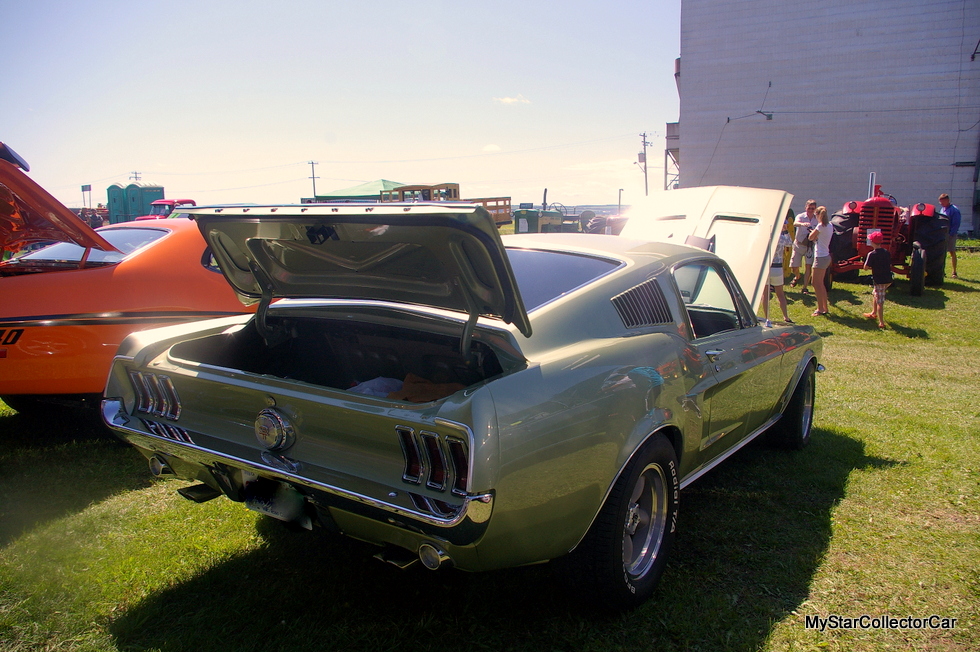 Brent knew then that both the car and the girl created long term prospects in his young life. The car came fast. He told the boss ” if you ever want to sell it let me know”. Two weeks later the car was his property as Brent added, “It was a really nice car. I couldn’t pass on it so I gave him 2200 bucks for it”.

Later on the girlfriend became his wife. Brent clearly knows how to commit at the right time.

This is a numbers matching, 390 cubic inch Mustang and initially, it was daily transportation. Brent explained, “It was a regular driver in the winter, it was your car, you’re 19 and that’s all you had”. 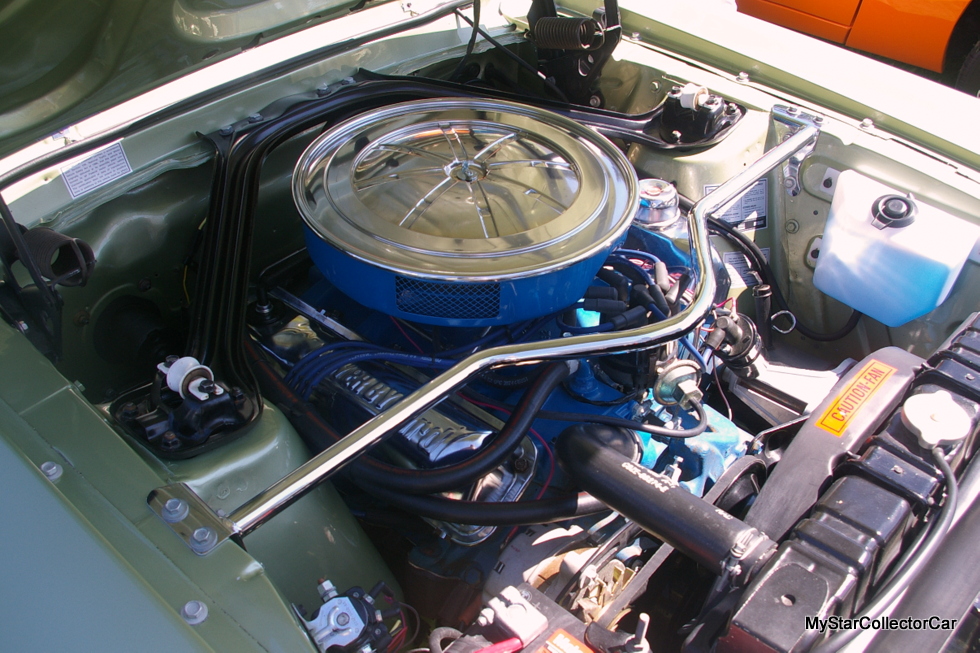 Life was considerably simpler back then for Brent so he put some serious daily miles on the Mustang but as he moved on in life the car went into long periods of hibernation. He was wise enough to keep the car despite the intrusion of adult responsibilities that continue to this day.

Brent took the time over the years to keep the ‘68 Mustang from sliding into a pit of neglect. He added, “ It’s sort’ve been restored over the last 5 years. I had it refreshed and cleaned up a bit”. 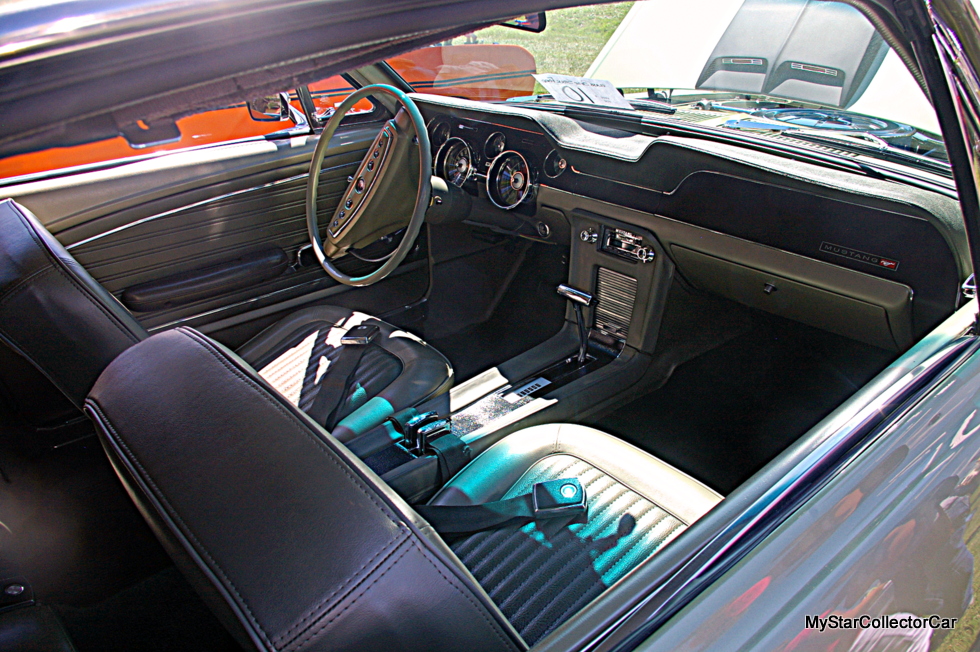 Clearly Brent is a master of the understatement because this is a very clean, stock-looking car that has been stored properly for 36 years. The only obvious concession to non-stock is a set of after market period correct wheels.

There is no doubt that Brent would love to spend more time behind the wheel of his beloved Mustang but he admits, “I’m still too busy to drive it, the older you get the busier you get”.

Brent has no spare time so the car might see one show a year and he’s avoided car clubs for the same reason, “I have to be a freelancer, I’m too busy to join the Ford club”. Most Ford club guys would admit that this ‘too busy to bring the Mustang out’ scenario is the Ford club’s loss. 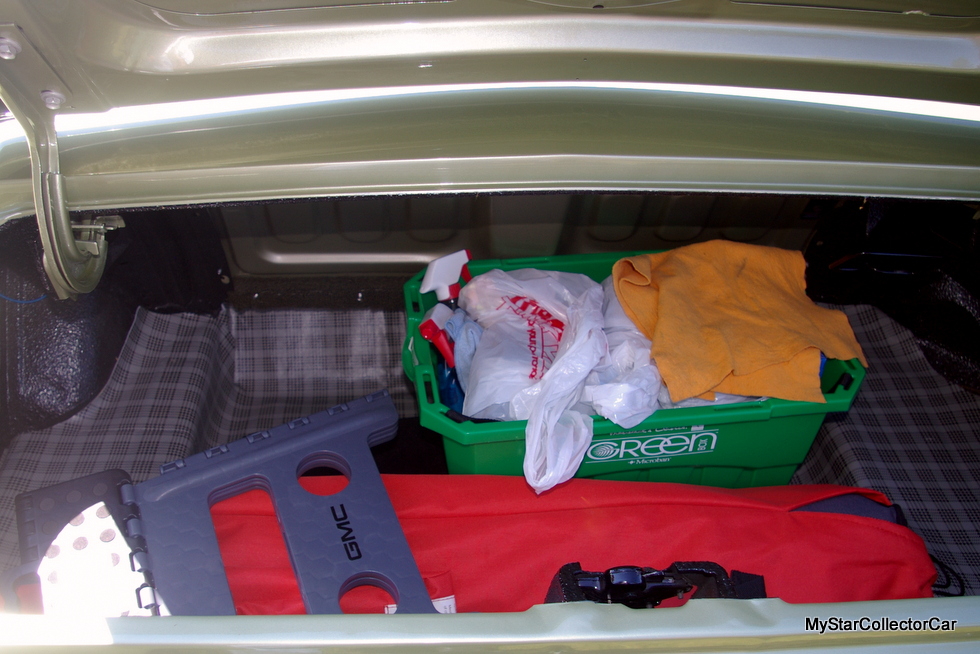 The Mustang almost had a day in the spotlight a few years ago when it was scheduled to be part of a wedding party but rain eliminated that guest appearance.

This ‘68 Mustang is destined to remain in semi-retirement for a few more years as Brent said, “it’s really hard on gas but I’m never going to rule out doing more with the car”.

Eventually the car will see more time on the road and ultimately the pony car will stay in the family as Brent explained, “back when my kids were young one wanted a trampoline and another wanted the Mustang”.

There’s no question which kid cut a better deal.