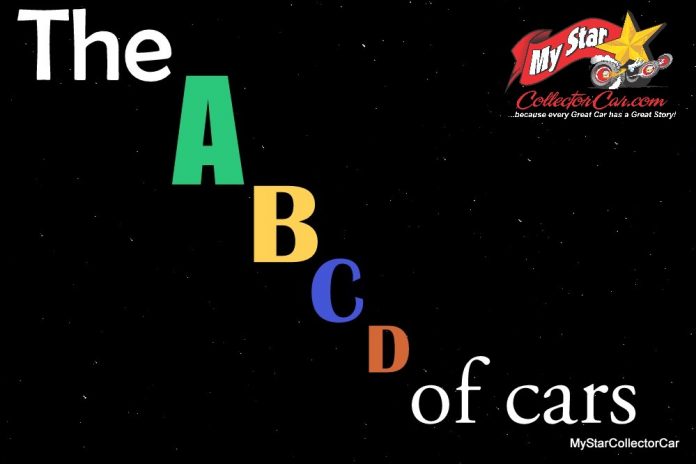 There were basically three sizes of cars built by Chrysler, General Motors, and Ford during the 1960s, namely compacts, intermediates and full-sized vehicles.

The alphabet was a useful tool for two of the Big Three car companies to identify their car sizes during the 1960s-with Ford as the exception to the letter rule, even though Ford’s most famous car was arguably the Model T.

Chrysler and General Motors chose to identify their vehicles’ platform sizes with letters, although the two car companies had different designations for the alphabet as it applied to their cars’ sizes. A fierce car guy debate could be ignited when it came to the basic logic behind the letter choices made by GM and Mopar during the 1960s because Chrysler chose a more direct route to car size classifications.

For example, an A-body model built by Mother Mopar was not the same as an A-body built by the General during the Sensational Sixties. GM had a long history with the A-body platform, but eventually let the designation head into the sunset in 1958 until the debut of the intermediate Chevelle in 1964. Chevelle was not alone when the tweener GM A-body car hit the showrooms in ’64 because its stablemates included the Buick Skylark, Pontiac Tempest and Old Cutlass.

The common denominator in the GM letter game in 1964 was ‘A’, although General Motors did start in the middle of their car sizes with the first letter in the alphabet for its intermediate models.

Chrysler chose to head in a different direction with the letter ‘A’. The 1960 debut of Mopar’s compact models also marked the debut of their designated hitter as an A-body in the Chrysler family, namely the Valiant. The Valiant debuted as a standalone compact Mopar model in 1960, but eventually the little car flew under the Plymouth flag for Chrysler.

The Valiant’s A-body counterpart at Chrysler was the compact Dodge Lancer, introduced in 1961 and eventually replaced by the Dodge Dart handle in 1963. Dodge Darts were formerly full-sized cars prior to the name switch in ‘63, but the Dart name is now primarily associated with Dodge’s version of the A-body Mopar compacts.

There was also no B-body size match between Chrysler and General Motors during the 1960s. Mopar B-bodies were designated as intermediates, a move that made sense since the cars were the middle child in the Chrysler family during the 1960s.

The Mopar B-bodies were officially designated as intermediate models in 1965 when the Dodge Coronet and Plymouth Belvedere models took their places in the middle of the lineup in terms of size. The obvious advantage to Chrysler was a logical letter sequence which had ‘A’ as its compact car size designation and ‘B’ as its intermediate car size.

The General took a different approach to its B-body designations during the 1960s. Full-size B-body models like the Chevy Impala, Olds Delta 88, Pontiac Bonneville (US)/Parisienne (Canada), and Buick Wildcat were large-and-in-charge during the 1960s, completely different from the Mopar’s mid-sized approach to the letter ‘B’.

The letter C was applied to the big cars built by Chrysler during the 1960s, a logical move since these giant land yachts were the biggest cars in the Mopar fleet. Chrysler’s official C-body designation occurred in 1965 when the Plymouth Fury and Dodge Polara grew larger and became separate models from the smaller Coronet and Belvedere intermediates. These big C-body Mopes were designed to compete directly with GM’s B-body models.

It is no secret General Motors was the biggest car company in the known universe during the 1960s, so it will come as no surprise GM had its own letter designation for its biggest car, the D-body Cadillac. The Caddy was the benchmark for automotive elegance during the 1960s and the big car deserved its own letter in GM world, so say hello to ‘D’ in the alphabet of car models from the past.