Lead character Sheriff Andy Taylor drove a Ford patrol car during the series and his most famous models had a giant whip antenna that curved over the rear section of the cars.

The giant whip antenna trend continued to be a factor on the Sheriff Taylor cars, but there were enough changes from 1961 to 1962 for MyStarCollectorCar to look beyond the TV star cars and into the real world of the full-sized Fords. 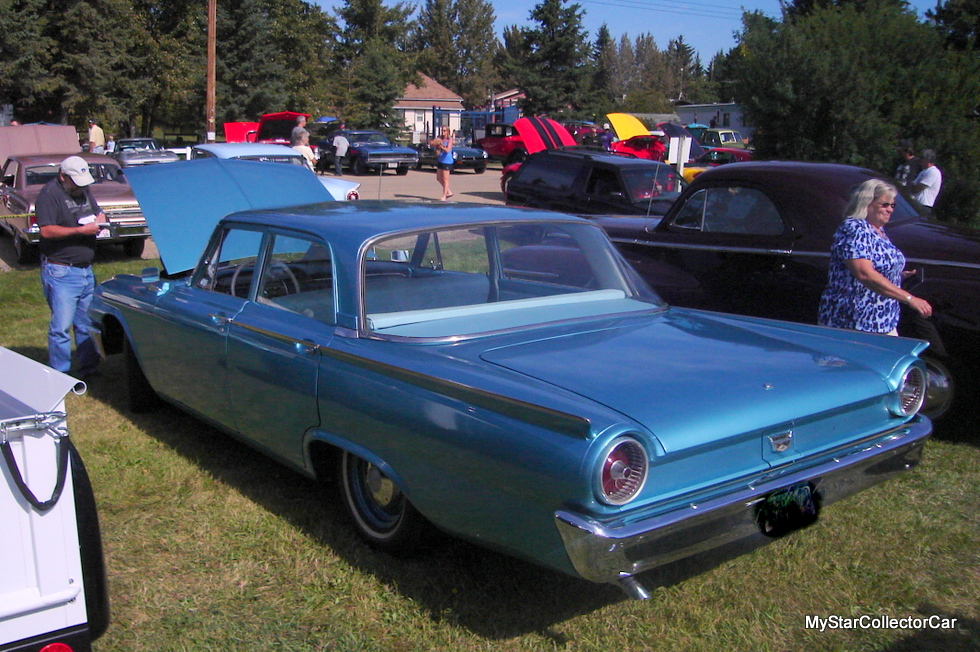 For example, 1962 was a year when Ford made a large commitment to the Galaxie name. Galaxie was a name that was associated with top-of-the-line Ford models from 1958 until 1961, likely to connect Ford with the early stages of the Space Race between the United States and the Soviets. 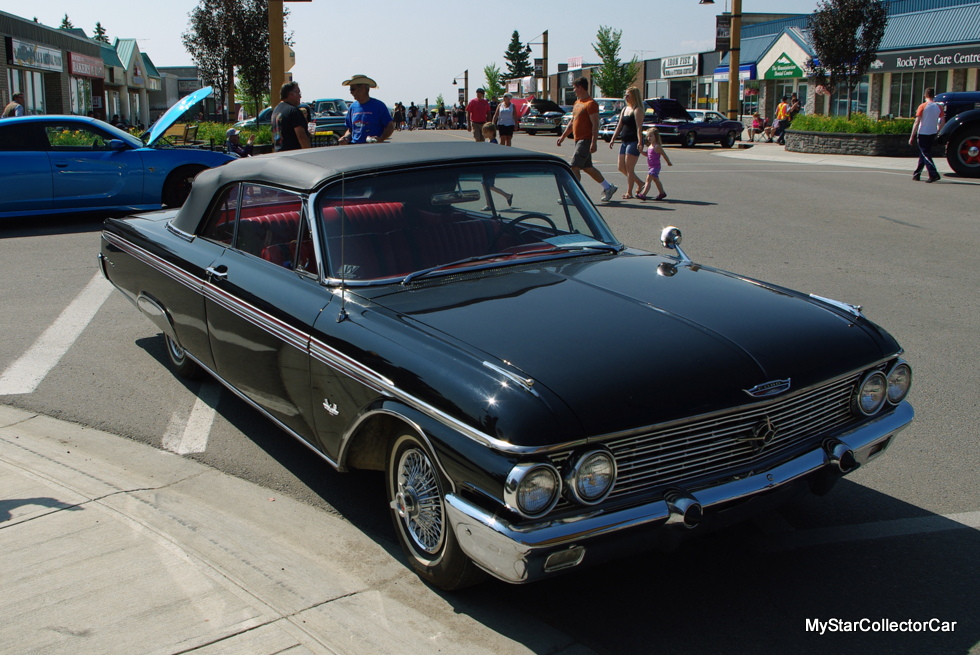 The “Galaxie” name was a Ford retool of the “galaxy” name used by astronomers for star-gazing through the centuries, but the Blue Oval boys wanted to develop their own starry version of the space name.

In 1962, Galaxie became a universal name for the full-size Ford models and upgraded models were given numbers (500) and number/letter combinations (500 XL) to indicate their owners had stepped beyond the cheapskate Galaxie models and doled out more cash at the dealership. 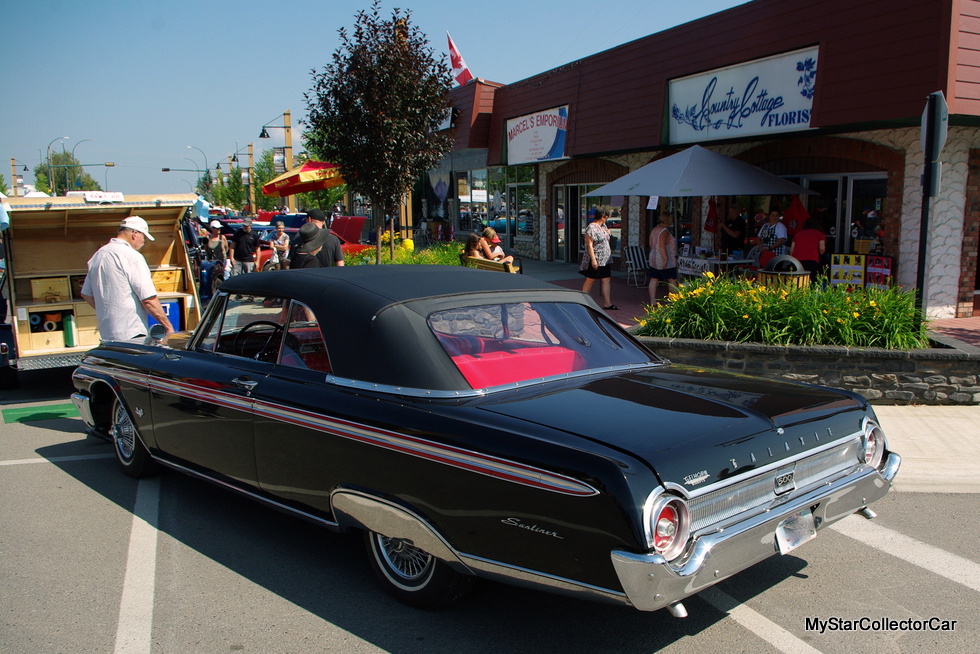 There were other ways to identify a 1962 Ford from a ’61 Ford. A 1962 Ford had a completely different rear deck from a ’61 model. The 1961 Fords had taillights that rode high on the rear fender, while the ’62 Fords were positioned lower on the rear deck and closer to the bumper. 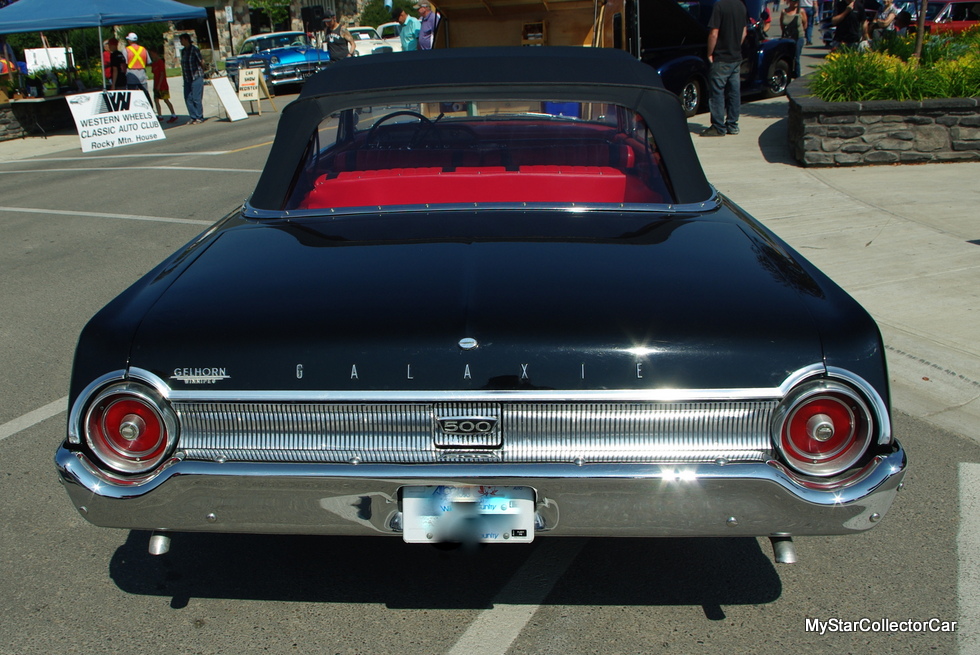 The rear end quarter panels on the 1961 Fords were also different from the ’62 models because the ’61 Fords had small fins on the top of the quarters, while the fins were completely amputated from the ’62 versions. 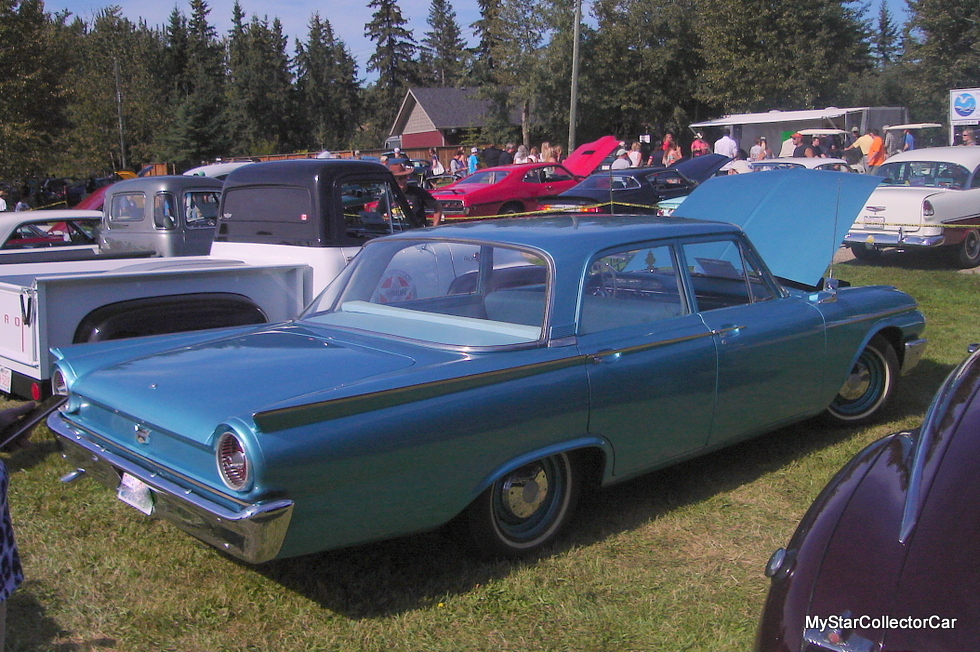 The rear end style changes on the 1962 Ford indicated the new direction taken by Ford as the company edged toward the mid-1960s and left the 1950s in its rear view mirror. 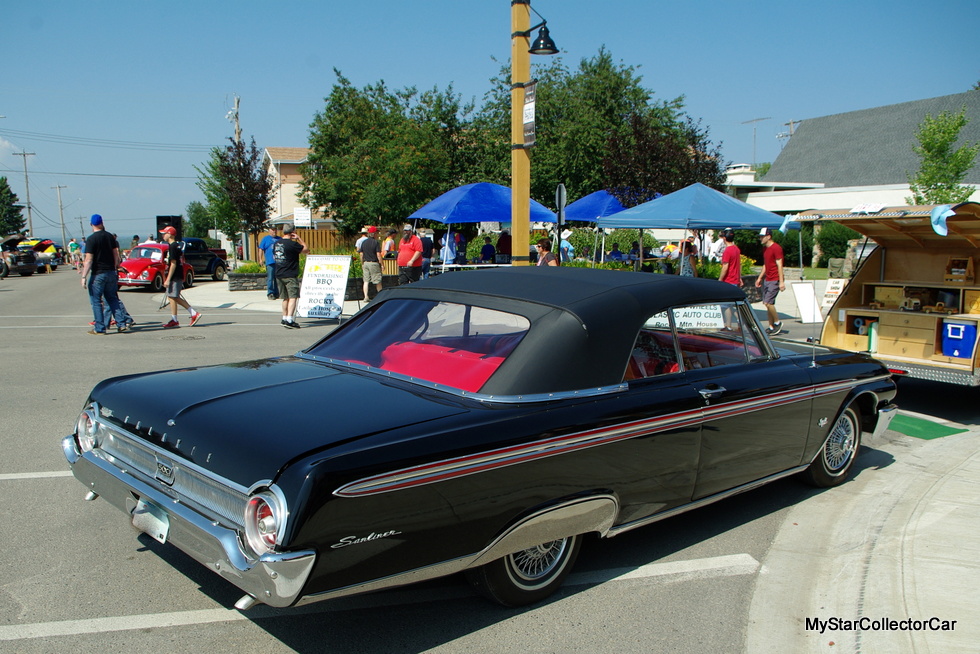 Most of the cosmetic changes on the 1962 Ford were obvious on the rear deck of these cars. The bold new look for ’62 was even obvious when viewed from the side because of the radical angles on every ’62 Galaxie built that year.

However, the front end of a 1961 Ford bore a striking resemblance to a 1962 Ford because both had four headlight systems that were horizontally mounted in a similar configuration. 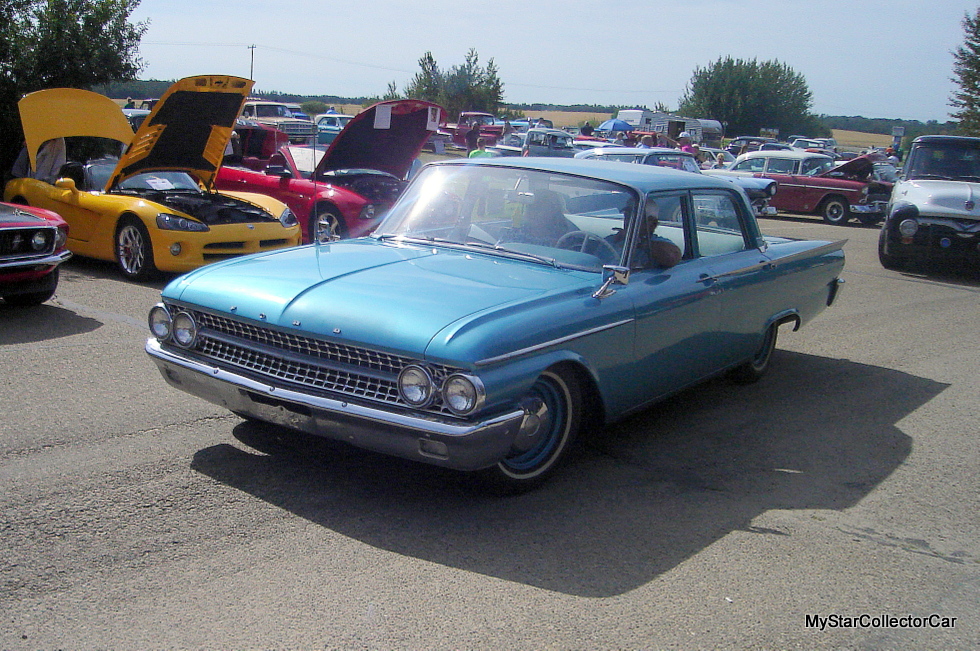 Fortunately, car nerds could find a large difference in the grilles because a 1961 full-sized Ford grille is slanted inward while a 1962 Ford left the factory with a straight up-and-down grille. 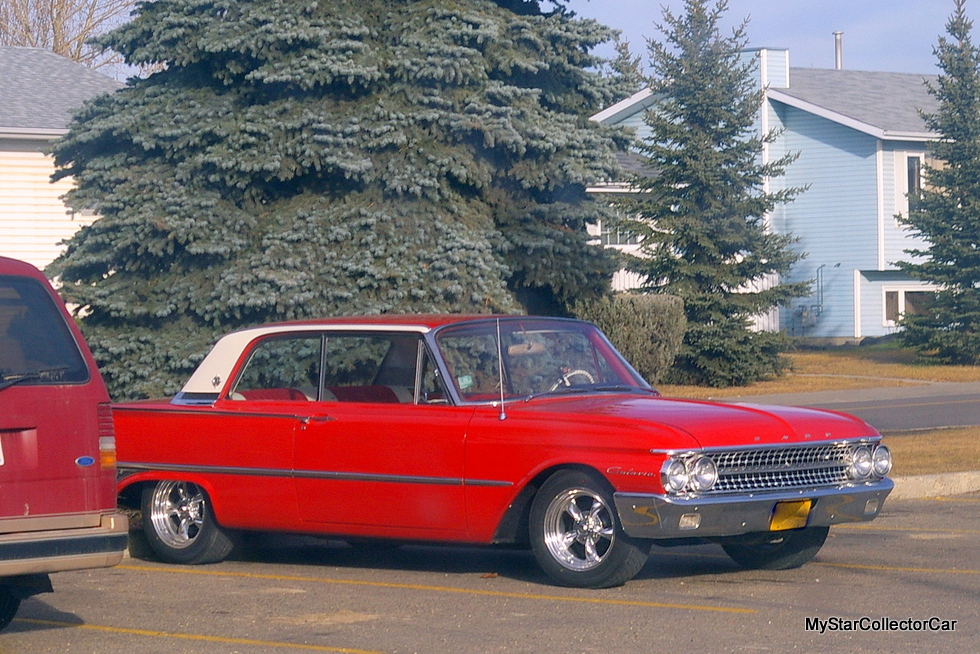 The grille differences may not be obvious when either car was hurtling by in the other direction at warp drive back in the 1960s, but the two different front ends would be pretty obvious if a 1961 Ford was parked next to a 1962 Ford at a 2019 car show. 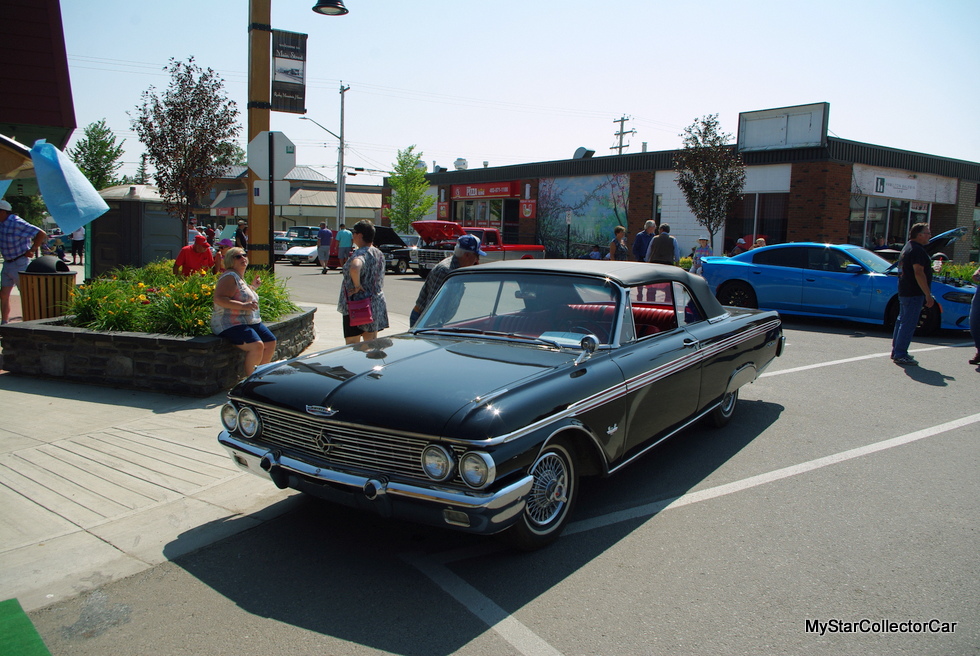 In closing, the 1961 and ’61 Galaxies were not exactly light years apart in terms of style, but the two models were still from different worlds in many ways.