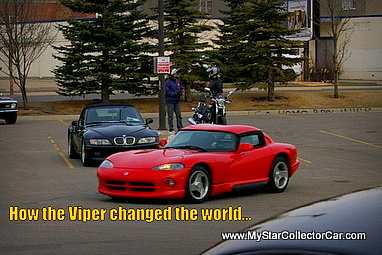 As bad as it is now it was worse then.

In 1991 I distinctly remember a kid in my grade seven science class relating to me that his favorite car was his mom’s new Ford Taurus.

I didn’t even know what a Ford Taurus was. It was a bad time for cars. My mother drove a 1980 Chevy Impala. It was the baddest ride for blocks of minivans and hatchbacks because it had rear-wheel-drive and a 350.

The scene was set. We were at the lowest of the low. It was twenty years after 1972, the last year of the heavy weight muscle cars. Over those twenty years the Big Three churned out a scrap pile of forgettable crap. We were due. It was also just three years after the release of Tim Burton’s Batman blockbuster. That was just long enough for that otherworldly Batmobile seep into the subconscious of a generation of designers.

And then it happened… The Viper was among us. 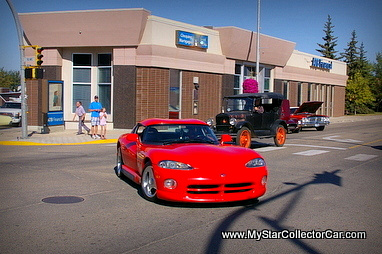 The Viper was the single greatest car moment of my pre-driving years. It was to cars what Nirvana’s “Nevermind” was to music. Listening to the music of the late eighties, riding in the back of minivans and K-cars it was easy to believe that greatest days of music and muscle were behind us. That my driving future was going to be that of picking between front-wheel-drive Plymouth Acclaims, Chevrolet Cavaliers or Ford Tempos. It was a dark period.

I remember the first time I saw the Viper. It was in Popular Mechanics. It was just a small picture, it was painted like a police car and had a light bar mounted on the roof? Surrey? Rollbar? Targa top? Come to think of it, what is that thing on top of the 1992 Viper? I asked my dad about the car and he said, “It’s a joke.” What’s a joke – the car or it as a police car? I needed to know and pretty soon I got my answer – the Viper was everywhere. 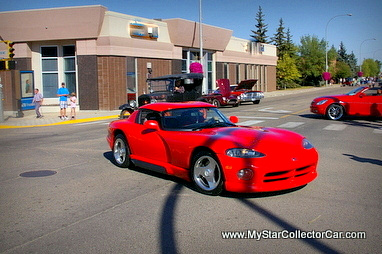 These were good days. These were the years of the Viper. The sun was out and the dreariness was over. The next year I saw one in the local dealership. I walked over and just stared. I was a little afraid of it. Not only was it real but it was also on the road. You didn’t see them all the time but you’d see them. For awhile the Viper even had its own TV show. That show was much more terrible than it looks. Trust me. I watched more episodes than I’d like to admit. I was a kid in the country with only three TV channels. 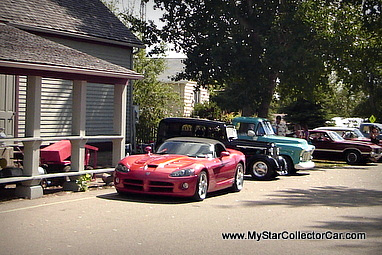 Memories…I was eighteen and I was driving out of town in my tired 1980 F-Bodied Road Runner. I saw something dark coming up behind me and about to pass. I was eighteen and stupid I hit the gas to race but I had no chance. It was the Viper. Black as the night and it quickly disappeared from in front of me like it never was there. It was like a mythic creature who came out of the darkness or a second to check me out and then dismissed me as not worth devouring and not a threat.

The Viper was basically invented to compete against super cars both foreign and domestic. Its only real challenge domestically in 1992 was the Chevrolet Corvette. 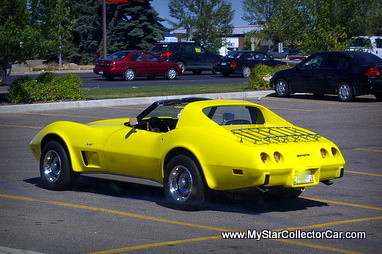 The Corvette hadn’t been challenged for years. It just still existed so Barbie would have a car to dream about and dentists could look hip at the club. But it didn’t do anything exciting anymore. It was as emissions-choked as everything else and had been sitting at the 300 hp mark for years. Like a bloated long-retired heavy weight boxer it needed to be whipped into shape by a young upstart. Finally, in the Viper, it got one. 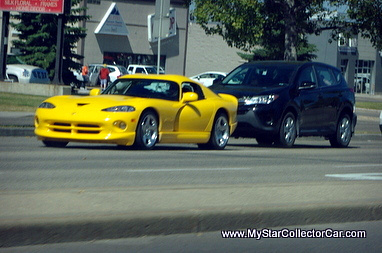 Effectively the 20 years since the debut of the Viper have been a reversal for the Corvette from the 20 years before the Viper. Today the Corvette is a much-coveted super car. Dentists still buy it and Barbie still lusts after it but they go much faster in it now. It’s a good super car – if you’re cool with seeing three others in the parking lot of the club. The revitalization of the Corvette brand and product is a direct effect of the invention of the Dodge Viper. It raised the bar across the board but, most importantly, it raised the bar in Bowling Green, Kentucky. 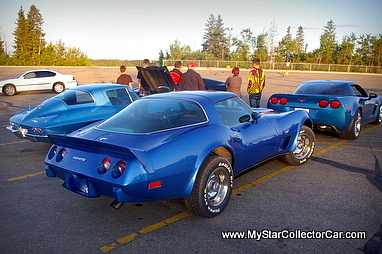 That first-gen Viper, with no roll-up windows, roof, door locks or airbag, was a work of art. It was not only a super car but it was a bit supermodel. And owning one was probably just as impractical but as (periodically) rewarding as dating a supermodel. It still holds up. The second-gen was great and a coupe to boot, which is a little more practical. The third and the fourth generation were compromises. By the third iteration the Viper had had its curves straightened and was looking very Corvette-ish. It seems as the Viper changed the world the world changed the Viper. My thoughts on this was it started off as a special project then by the third iteration it had become part of the general production line subject to the same group-think and design-by-committee corporate practices as that the rest of Chrysler’s line of products. Match that with gaps in production in 2007, 2011, 2012 and the Viper has a dicey track record. 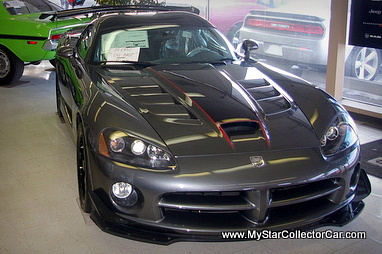 But it’s back for 2013 showing some of the curves and lumps that first made it famous. I like the look of it –it’s more first gen than any other iteration. It disappoints me that it’s under the SRT badge now and not the Dodge badge anymore. Chrysler has taken marketing their brand names to an all-new level of confusion. For example: I bought, what was marketed as, a 2010 Dodge Power Wagon a couple of years ago. Dodge calls it the Ram Power Wagon the car registry calls it a Dodge 2500 Quad Cab. It’s a ball of confusion. 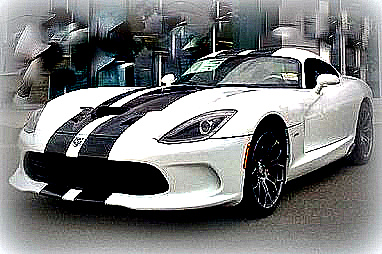 There is too much general “noise” in the world for the advent of the 2013 Dodge SRT Viper to make much of an impression outside the dedicated car world. I doubt there will be a TV show this time around. The non-car world, the world I live in, only gets really excited about foreign-efficient-luxury-crossover-all-wheel-drives-that-do-everything-but-not-one-thing-really-well. When friends start talking about these things around the dinner table – I dismiss myself under the guise that I’m checking on the dog and pour myself a double. These are the more appliances than anything else. I’m talking about anything with a rear hatch and series of letters and numbers instead of a name or anything called a Prius.

Compromised – yes. The Viper as an Id with an engine but has had some missteps along its path. Pretender to the throne – yes, it has kicked the Corvette in the ass into gear, given it a good scare, won some battles on the track but it is losing the war. The Viper’s overall sales haven’t even come close to the Corvette and at this point its longevity is in question. We can’t even celebrate twenty years because of the model year gaps. For Chevy guys the Viper exists to keep the Corvette honest. Orphaned by its brand –yes, it’s not even a Dodge anymore. Yes to all this but much the like the bear, the wolf and the mallard, it’s still wild and still out there. 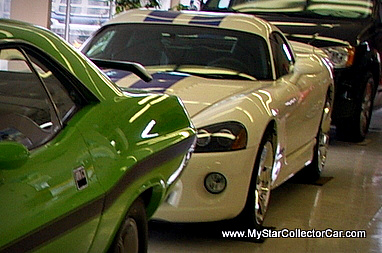 I would not want to go back to a world without the Viper.