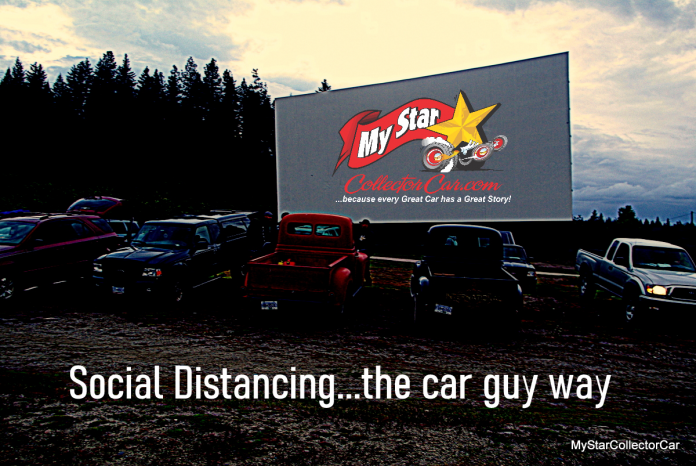 The vintage vehicle hobby had been broadsided by the events of 2020, mainly due to the uncertainty and effects of the COVID-19 crisis.

The impact of the coronavirus was lessened by these stay-at-home measures and its impact was blunted by its arrival in late winter or early spring depending upon one’s location in the world. Our region had an extended winter season so the decision to retreat from the outside world was easier for us.

That decision became more difficult when spring finally arrived, a time when the car show season was slated to begin as we moved forward into summer. Unfortunately, the coronavirus threat prompted many legislated cancellation orders for public gatherings-including car shows.

For car guys, it was like yanking Christmas from the calendar of a seven-year-old. Many people in the car hobby live for the summer months because of the shows and their four-wheeled VIP guests from another automotive era. To borrow a line from Andy Williams’ famous Christmas song, “It’s a most wonderful time of the year.”

Many of these people have hunkered down and worked on their beloved rides for several winters so the idea of a summer without car shows is a lost year for them.

We at MyStarCollectorCar feel their pain because we also love the car show season and have encountered the proud owners of hundreds of very cool rides over the past 11 years.  MyStarCollectorCar would also like to offer five ways to offset a car show season that may be called on account of virus. We may not have a coronavirus cure, but we have a cure for the car guy summertime blues in 2020.

The first way to car guy happiness is to drive the vintage rides. There is no road travel ban thus far in most jurisdictions so a car guy can get behind the wheel of their classic vehicles and drive them in that Chuck Berry “No particular place to go” way.

The real value of an old vehicle is its ability to take its occupants on a trip down memory lane and it is difficult to find the downside to the nostalgic experience.

The second way to car guy happiness is the current price of gasoline in 2020. The politics and cold-blooded economics behind energy price wars has one upside: cheap pump prices and the ability to fill the gas tank in a retro ride without handing over your first-born kid as a down payment on the final tally.

The third way to car guy happiness is the lower volume of traffic on the roads and streets. The message to limit one’s time outside of the home has been heard by most people during the current pandemic, so the vintage rides are easier to drive with fewer cars sharing the road with them.

In a nutshell, drum brakes and old school steering systems do not place vintage vehicles owners under severe pressure when our modern road systems are not crowded with other vehicles.

The fourth way to car guy happiness is for owners to detail their beloved rides after a long winter of solitary confinement in a garage. Nothing brings a smile to a car guy or girl’s face quicker than shiny paint from a fresh round of wax applied with a generous amount of elbow grease. The same warm and fuzzy vibe can be found after an interior and tire scrub on a beloved vintage ride. A deep clean is a car guy version of a spa day for their old classics.

The fifth and final way to car happiness during a no-car show summer are the rebirth of the drive-ins. North America lost most of its drive-in theaters to stiff competition from TV and its home-based options like pay per view and cable. But the drive-in survivors have done incredible business during the isolation period because the outdoor movie venues offer indoor shelter in the vehicles and a safe distance from other movie-goers. Drive-in theaters are a cure for their cabin fever and summertime blues.

The Summer of 2020 promises to be radically different than any previous summers for car guys.

But it does not have to be the end of times for car guys.