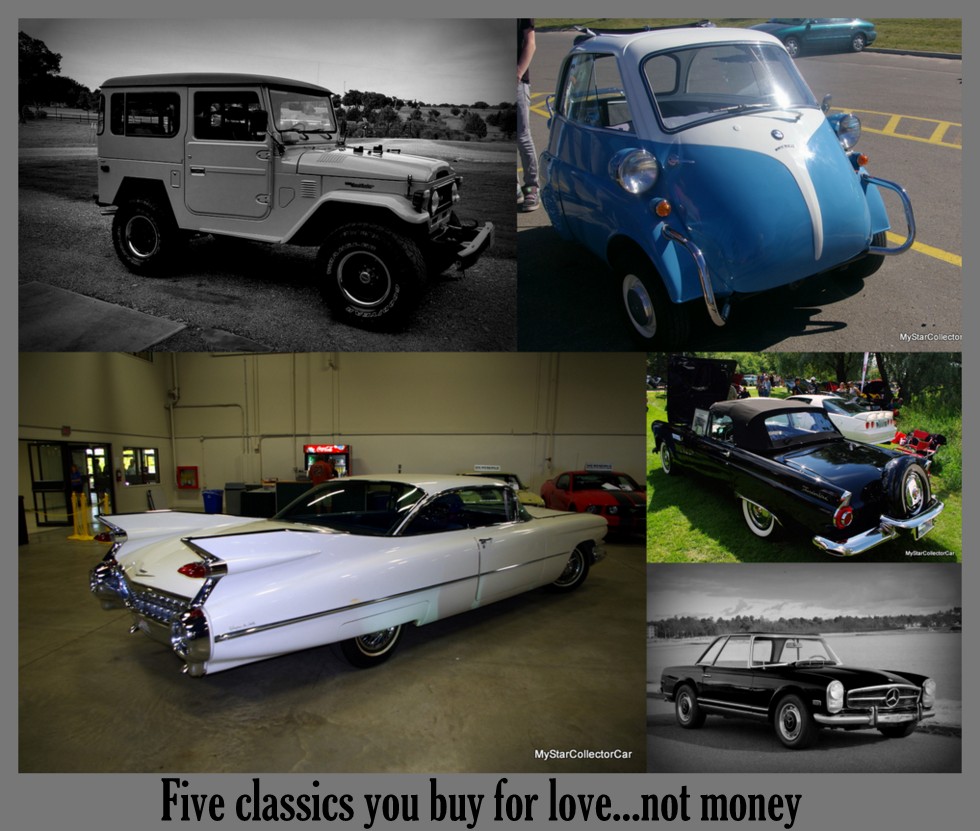 The vintage car market is a volatile place for investors because they need to stay one step ahead of the current trends in terms of popularity.

The rising value in an old car is the driving force behind many investments in vintage rides over the years and requires some careful research if the dollar factor is the sole motivating force behind a purchase. 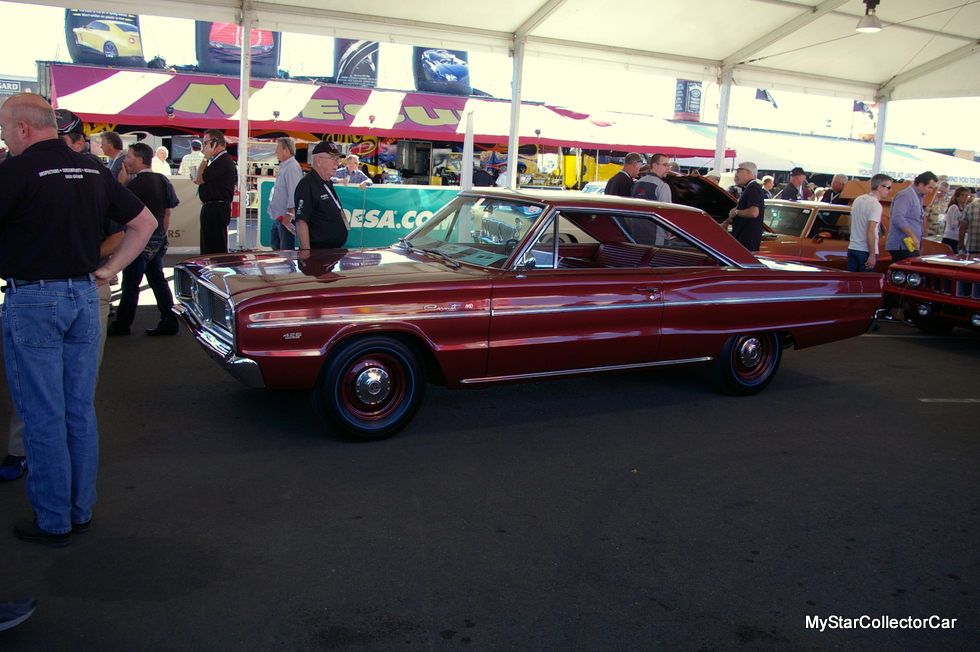 There has been a meteoric rise and giant fall in some classic vehicle prices in a “what’s-hot-and-what’s-not” way over the years. The nose dive in prices for various cars can be attributed directly to the end of a fad in terms of popularity–or the end of the line for potential buyers in terms of old age. 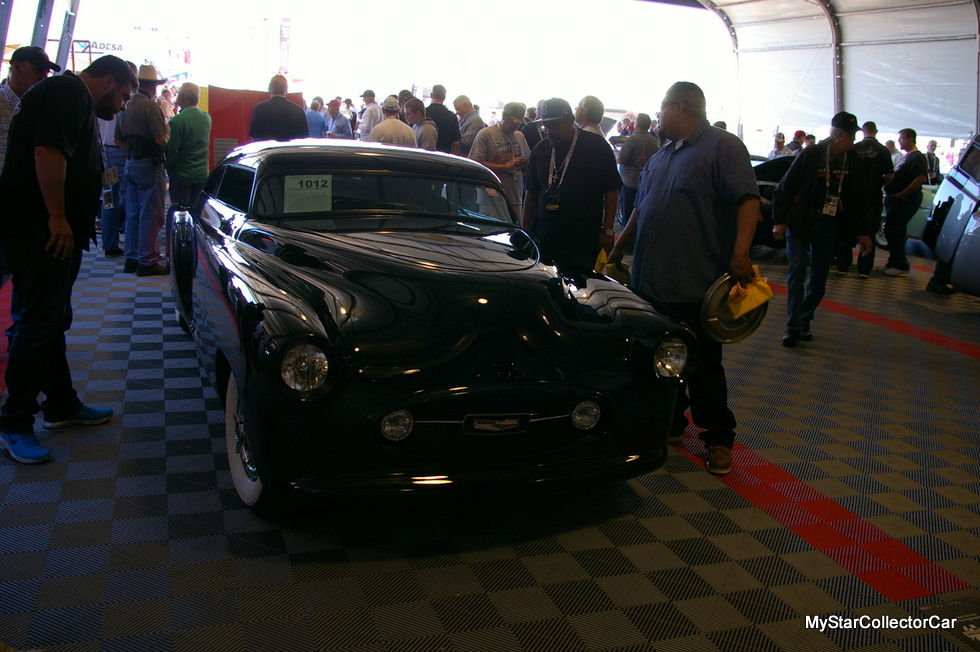 There are only a few avenues left for an old vehicle purchase after the bloom is off the rose, so to speak. The drop in price may bring the formerly expensive old car back to earthly prices for many buyers and they may be able to afford the lower price tag on the car of their dreams. 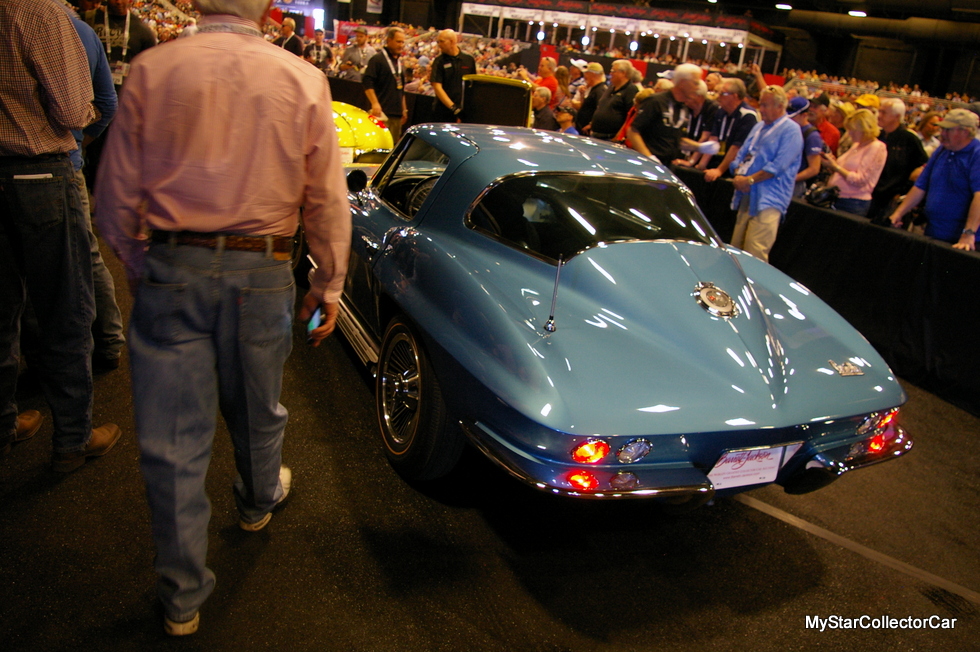 Some of them may subscribe to the buy-low-sell-high philosophy that has been a foundational core of bankruptcy for foolish investors over the years. The internal struggle between plucky optimism and stone cold reality is a shaky illusion the old car will somehow find its way back to a profitable stratosphere.

The best reason to buy an old car may not be its investment growth potential. In fact, smart buyers may want to think about heart strings and not purse strings when it comes to vintage vehicles; therefore MyStarCollectorCar wants to list five cars that should be bought for love and not profit.

A 1956 Ford Thunderbird is a good example of a classic vehicle that used to soar with the eagles in terms of value and now it has taken a huge nose dive in price. The first-gen Thunderbird got a big boost when one of its 1956 models appeared in ‘American Graffiti’ with famous blonde hottie Suzanne Somers behind the wheel. 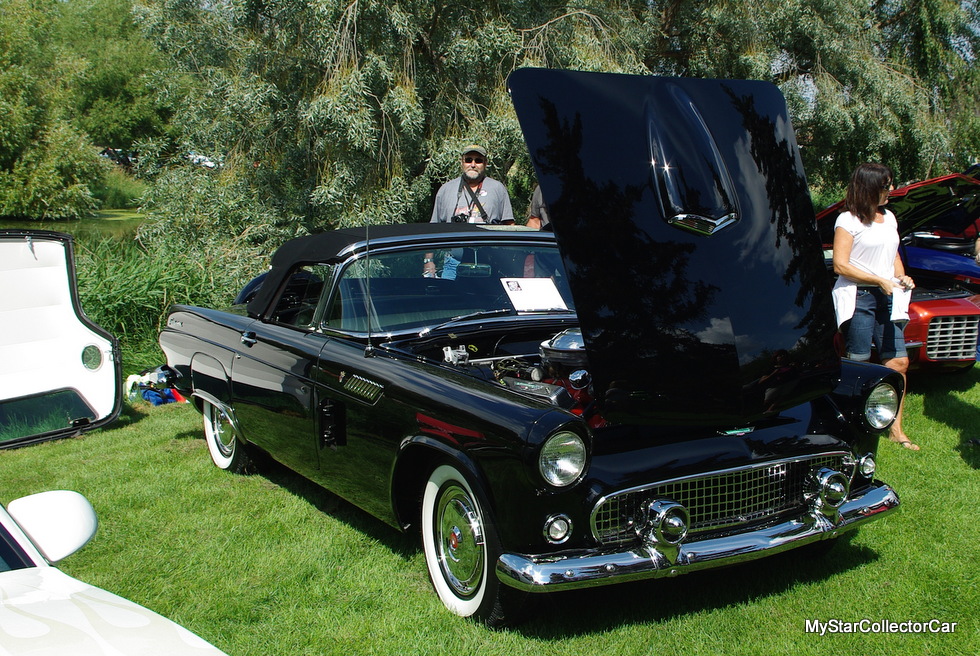 The rise in value for a first-generation T-Bird became a mainstay of the collector car investment market right up until it crashed and burned in value over the past few years. Now is the time for potential T-Bird owners to become actual owners because the market is soft for these classic two-seaters from the Fabulous Fifties. 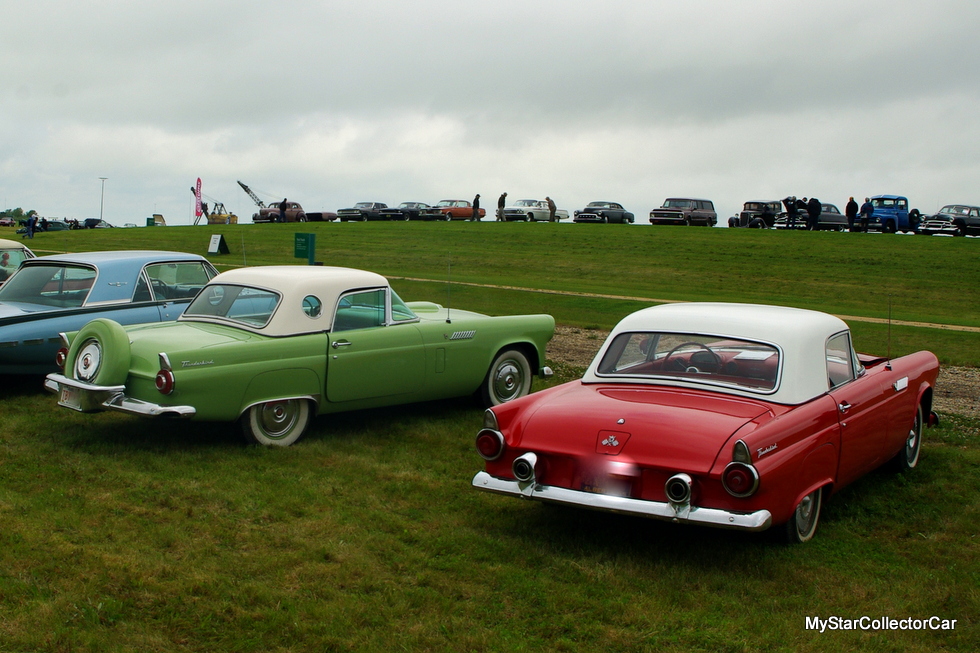 The new buyers should buy them for the right reason: they always loved the ’56 T-Bird with Suzanne Somers and now they can afford one. Valuable hint: they are still not able to afford the actress.

The second choice on our “buy ‘em for love” list is the Isetta built by numerous European auto manufacturers during the 1950s and ‘60s. In reality, the Isettas were terrible vehicles that were barely cars in reality, but they were pioneers in the terminally cute collector car world. 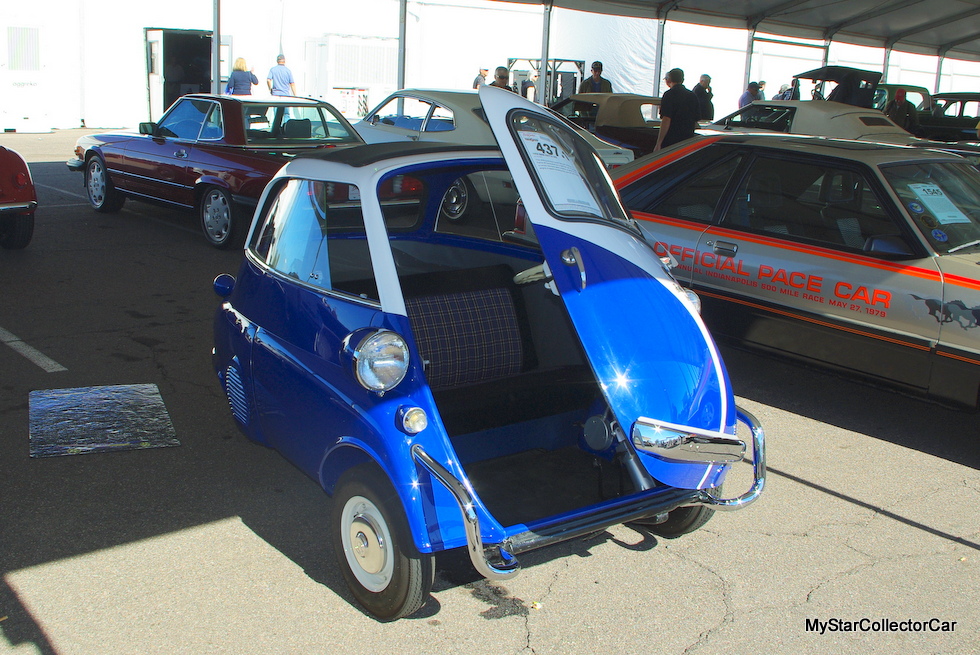 The Isetta’s cuteness drove up the prices for these underpowered lemons during the early 21st century until the bottom fell out of the cute fad and the Isetta prices began a serious fall back toward reality. 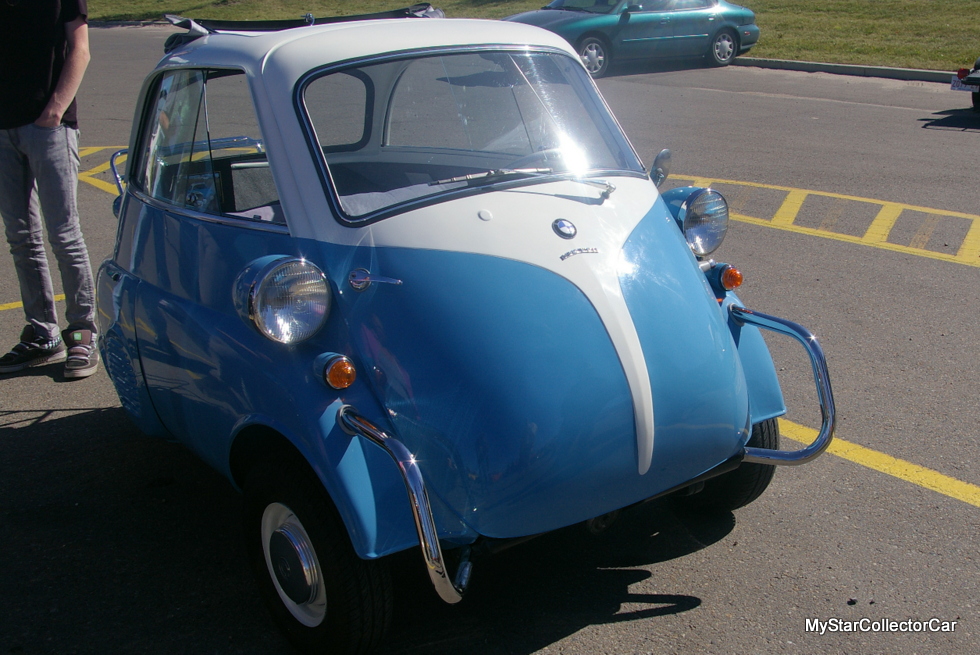 The Isetta is still an overpriced toy, but car guys who fell under its cartoon-ish charm many years ago can now buy one without selling off their first-born kid in the transaction.

The third choice on our car love list is the Toyota Land Cruiser because there was a buying frenzy for these Japanese Jeeps just a few short years ago when top dollar for a pristine Land Cruiser FJ40 leapt well over 100k in US funds. 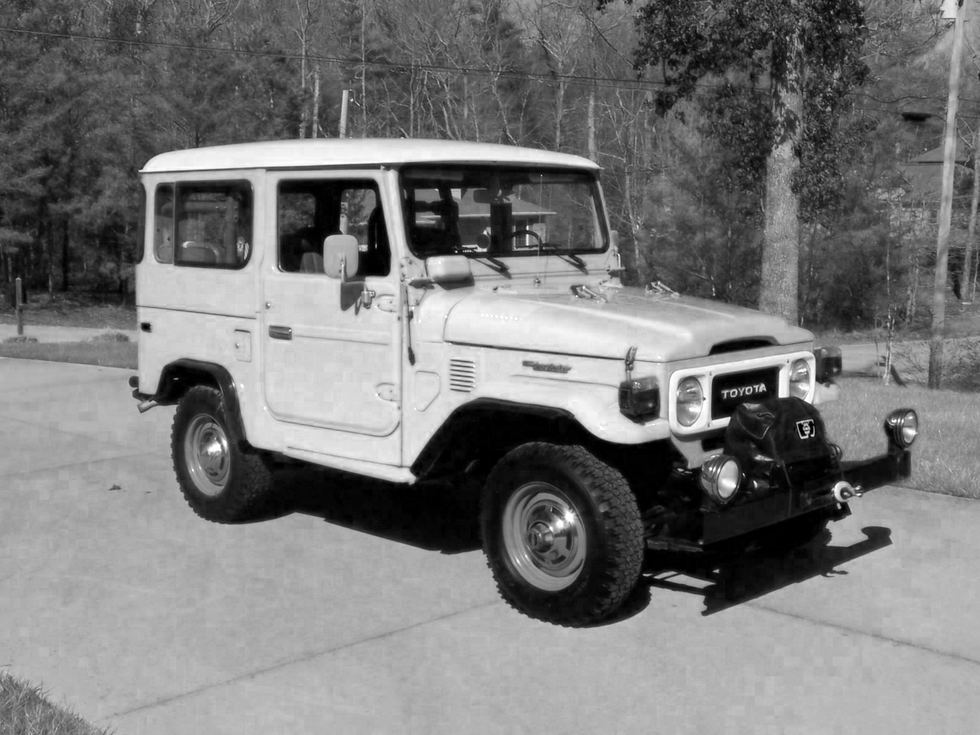 The Land Cruiser mania has already run its course and experienced a giant drop in top dollar prices, so buyers who still have an uncontrollable yen to own one of these iconic early SUVs from the Land of the Rising Sun stand a better chance to be able to afford one.

MyStarCollectorCar’s fourth choice for affordable car love is the Mercedes Benz 280SL. These formerly elite models were an expensive German import right out of the chute when they debuted during the late 1960s. The 280SLs enjoyed luxury status for many years but now they have become cheap to buy and very expensive to repair– a grim and sad reality for most foreign cars when they inevitably break down after moderate use. 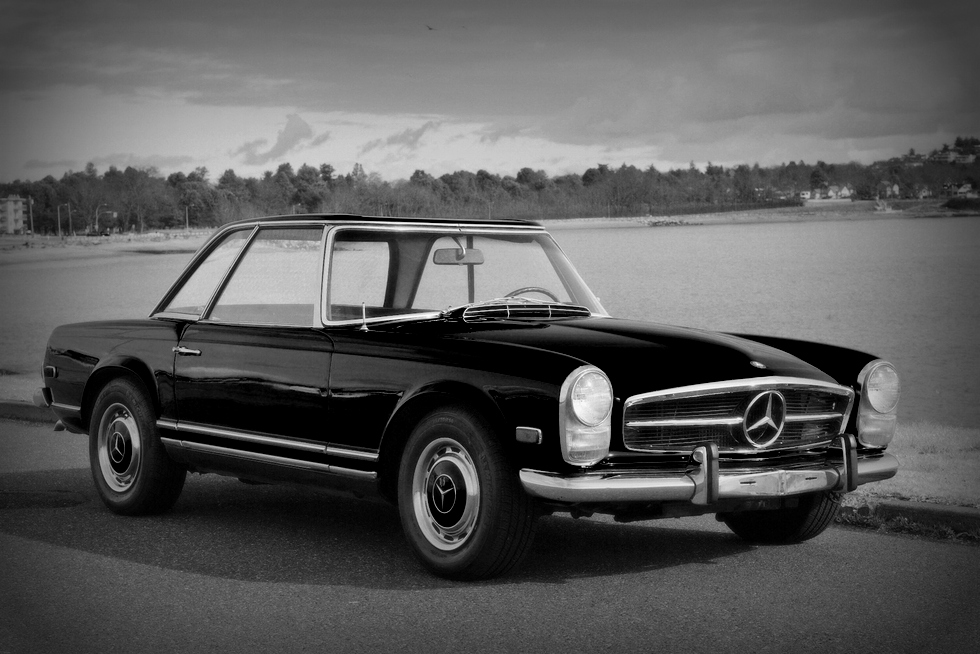 The Mercedes 280SL models are a purchase bargain for any car guy who loved Janis Joplin songs and ingested too much brown acid during the late 1960s. They may still not be able to swing the repair bill for a Mercedes 280SL, but they should probably just buy another one because they will save money along the way.

The fifth and final MyStarCollectorCar pick is the 1959 Cadillac Coupe de Ville. These stylish Caddys boast some of the tallest tail fins from that wild automotive style craze of the late 1950s and achieved cult-like status over the past 60 years. 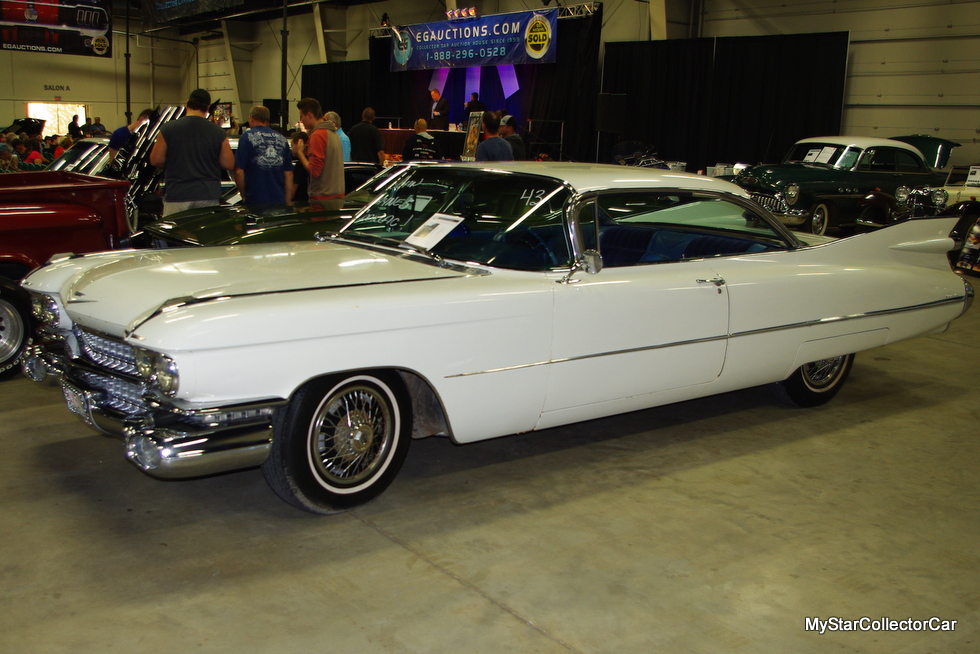 The ’59 Coupe de Ville soared high above many other cars from the Elvis era in terms of price and prestige. It has been immortalized in pop culture over the years and peaked in value long after it left the GM dealership in 1959.

However, its star power has faded with the passage of time and now the ’59 Coupe de Ville has become a relative bargain in the collector car market because its customer base of potential buyers has also decreased over the past few years. 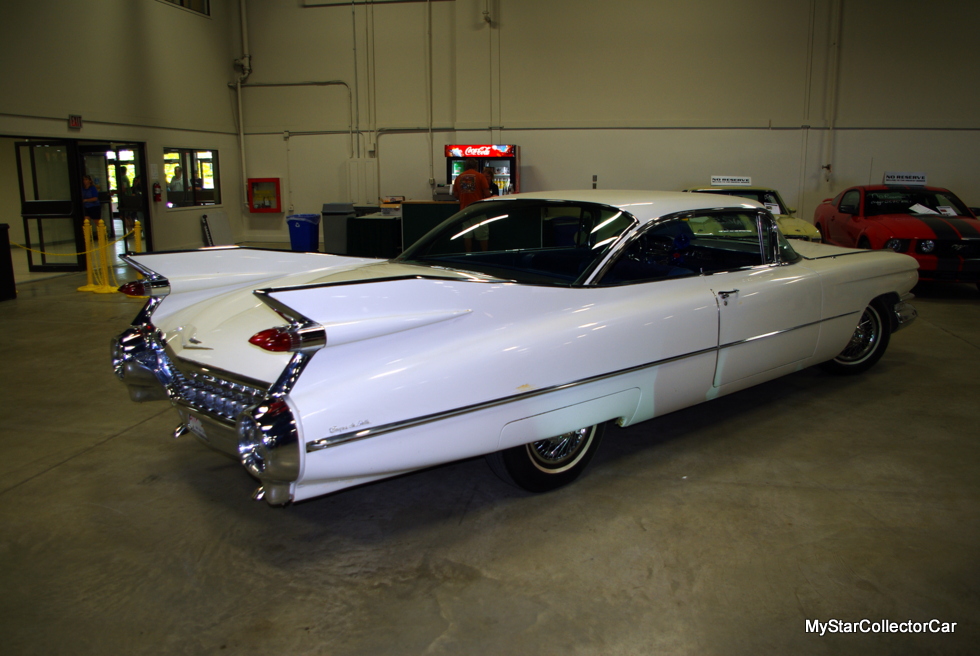 A 1959 Cadillac Coupe de Ville will still command attention –but it won’t command as big a price in 2019. The car guy who still wants one may be able to afford one compared to even 10 years ago. 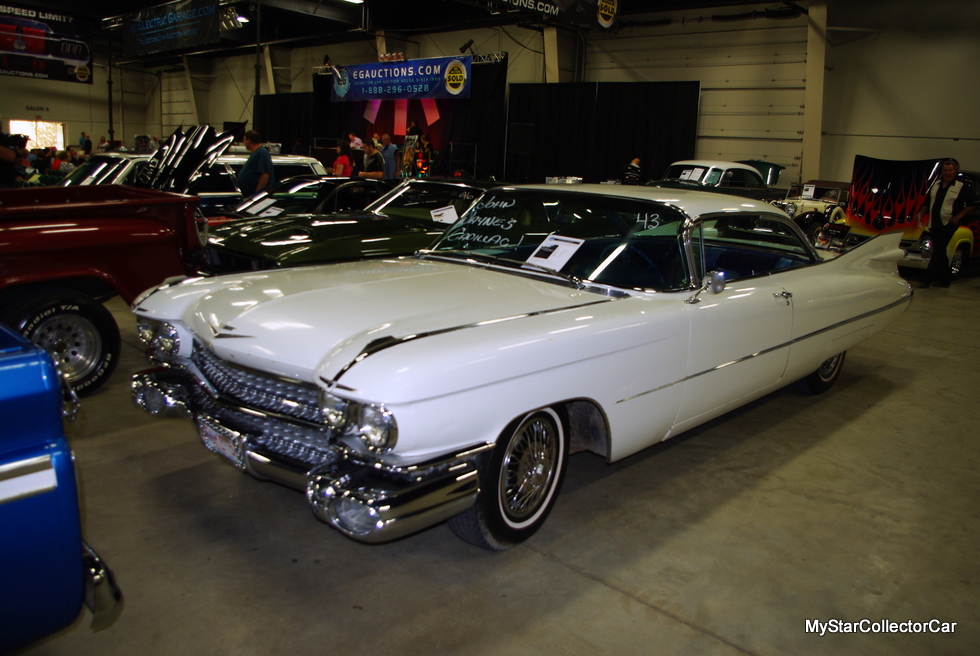 The car hobby is an interesting highway of peaks and valleys when it comes to prices for classic rides. The trick is to be patient and wait your turn for an opportunity to find four-wheeled love.