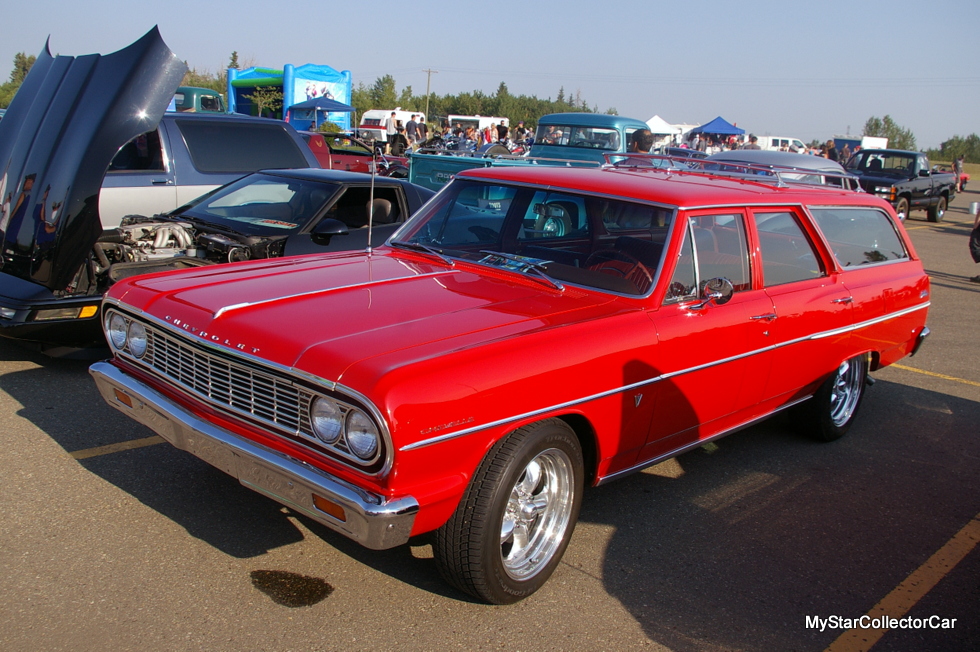 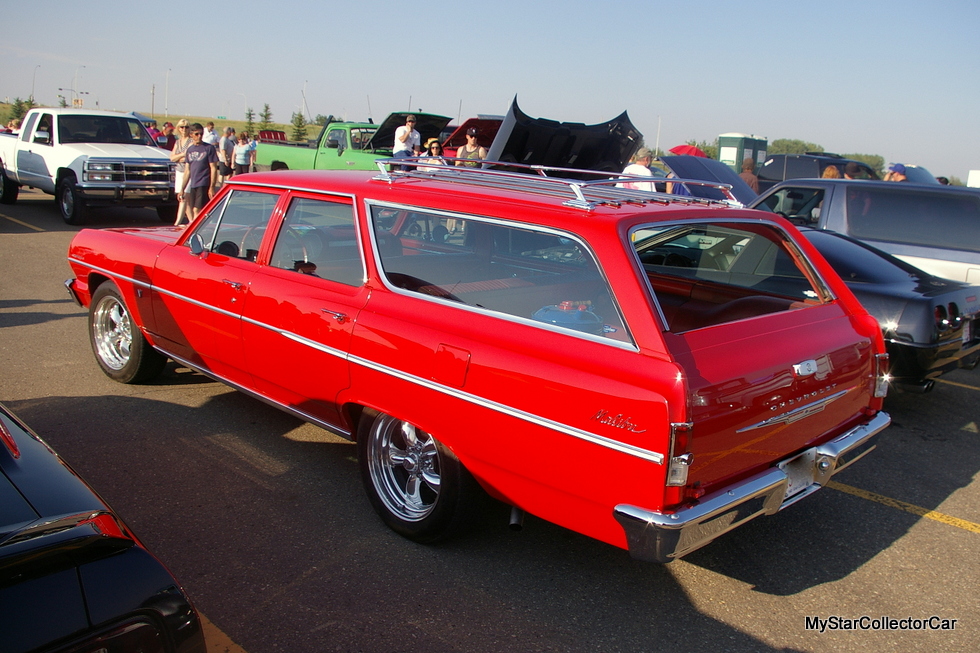 Lance Hardy went on a bucket list trip to the Brickyard 400 with his boss and ended up with a 1964 Chevelle in the bargain.

‘Lance’s boss was in the late stages of illness and wanted to enjoy the time left to him, so they headed to the famous Indy race track to watch NASCAR’s best drivers race for the checkered flag at the old Brickyard.’

Every car guy has a “one-that-got-away” story and Lance was no exception to this rule.

He owned a 1964 Chevelle station wagon that was wrecked in a crash when he was a young guy. Lance’s search for another 1964 Chevelle wagon began in 1975 and ended when he discovered his current car while he was in Indianapolis for the 2014 race. 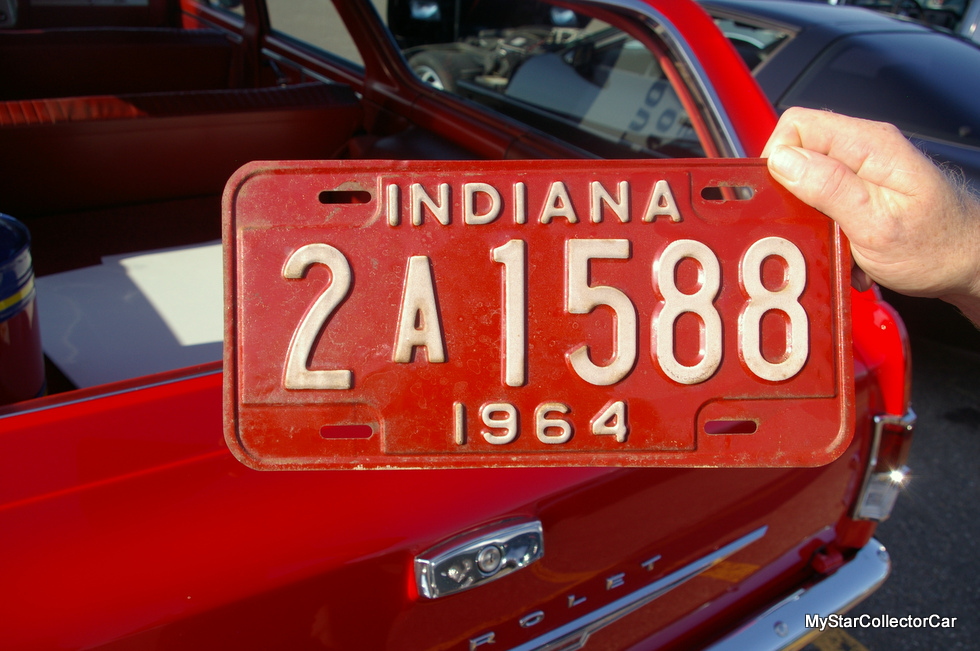 Lance drove to Fairmont, Indiana and immediately bought the car because his new wagon was an amazingly well-preserved car after 50 years on the road. Lance discovered the Chevelle had at least 5 previous owners and they all had one thing in common: they looked after the car. One owner lowered the car and the next guy raised it back to factory height during the Chevelle’s 50-year history, but every one of them respected the car. 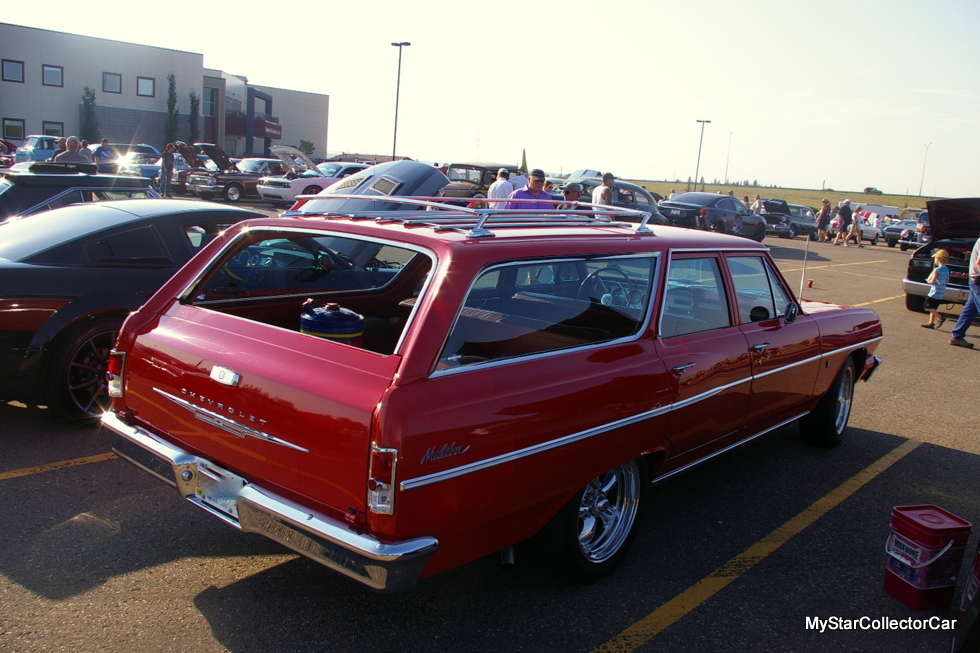 As mentioned earlier, Lance bought the car during his trip to Indy and was faced with the logistics of his purchase because he lived thousands of miles away from the Hoosier state. His boss and a buddy volunteered to drive the car back for Lance because the man wanted to keep enjoying new experiences while he had an opportunity.

The trip was a great adventure for the two guys because they stuck to their “280 Rule” which meant 2 arms out the window and 80 mph to keep them cool on the road. The well-equipped wagon had a working AC system but that feature was not needed for the two old school buddies on this road trip. 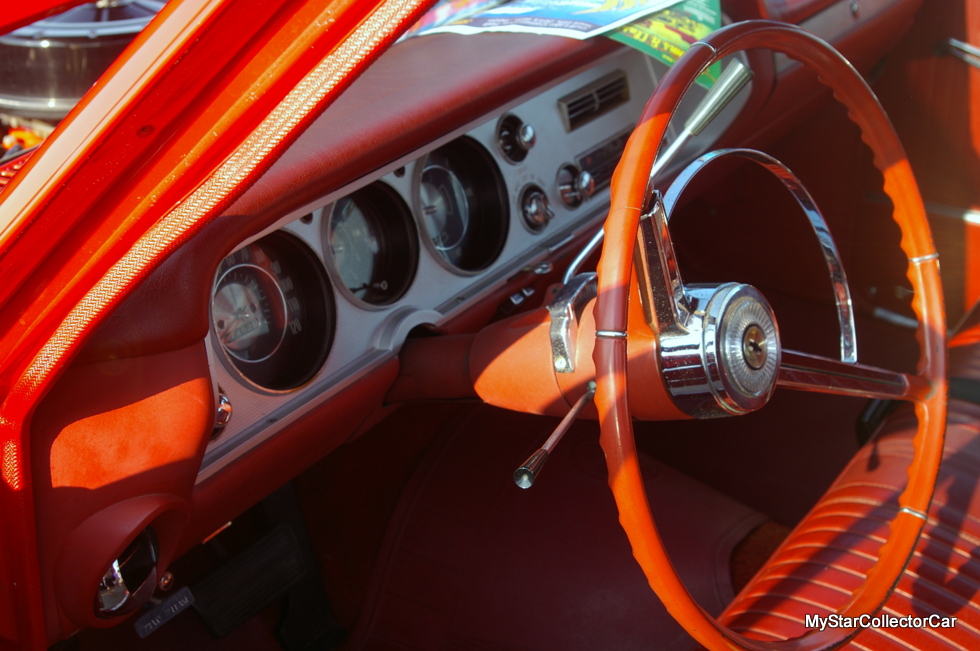 The car performed flawlessly on the long trip and Lance was able to finally end his long hunt for a 1964 Chevelle Malibu station wagon when his boss delivered the car to his home. It has a roof rack option, along with power steering as part of its original features. 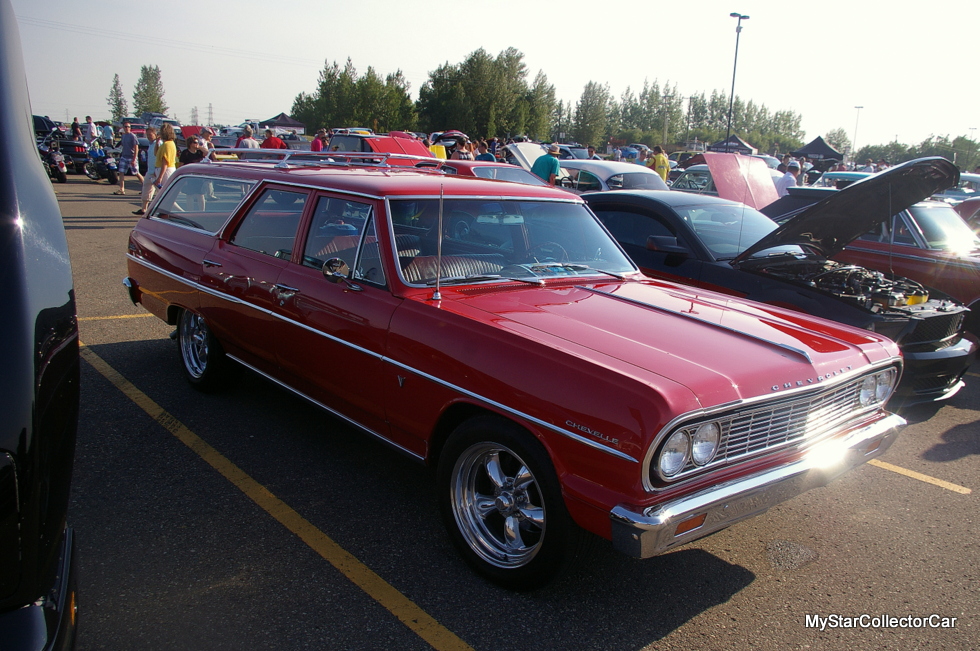 The 283 four-barrel puts out 220 horsepower and Lance reports the Chevelle can run very comfortably at 70-75 mph (110-120 km/h) on the highway. He pointed out the absence of a rear seat which was a concession for the larger 20 gallon gas tank in the wagon.

The exhaust manifold is not original on the wagon and the car now has front disc brakes for betting stopping power, plus the car was repainted about 28 years ago. The Chevelle model was a brand new addition to the GM lineup in 1964 and this wagon still has only 67,000 miles on its odometer since it left a San Diego dealership 53 years ago. 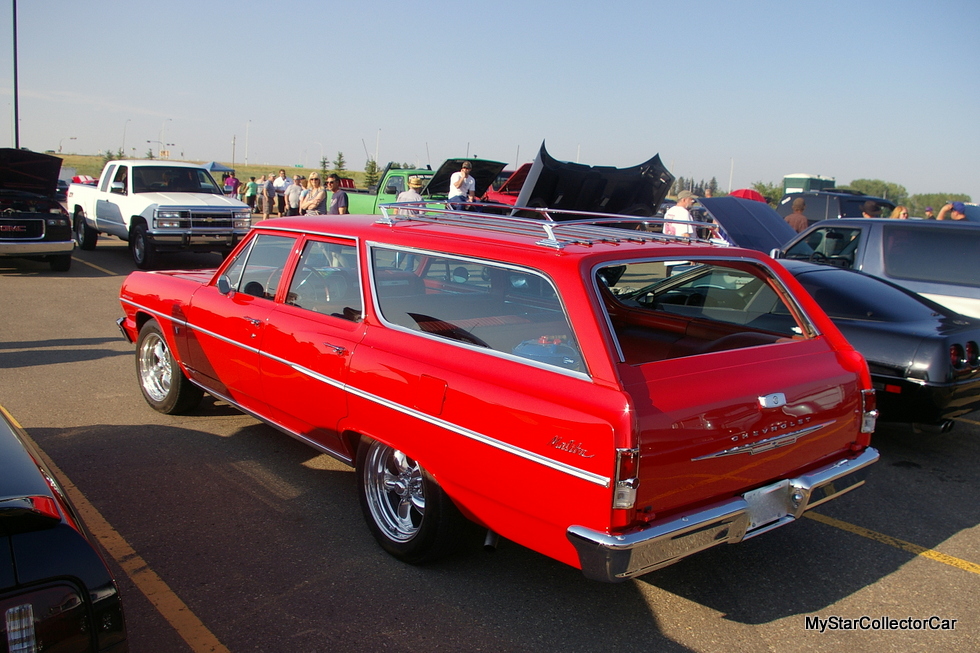 The years have been very kind to the wagon and Lance plans to maintain that game plan for his car because 39 years was a long time to finally find his replacement car and he does not want to begin another search.