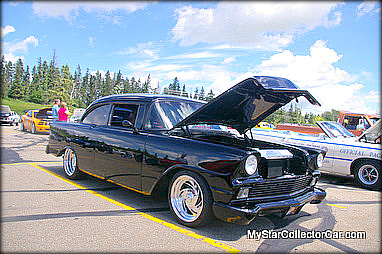 Years ago Tim Sinclair married Sherry Swainson and they lived happily ever after except for one issue-the Swainsons are a hardcore Mopar family.

So hardcore that their Chrysler allegiance extends over several generations plus Sherry’s family has owned and operated a Chrysler dealership since 1971.

Tim is a hardcore Chevy guy-his first car was a 77 Camaro, so this transition from single Chevy guy to mixed marriage GM-Chrysler couple had bumpy ride written all over it.

It got worse when Tim ventured into the old car world.

Tim’s brother in law is Peter Swainson–he’s a well known name in the classic late 60s early 70s era of Mopar muscle and his first inclination was to steer Tim toward a 340 Cuda or a mint Super Bee. 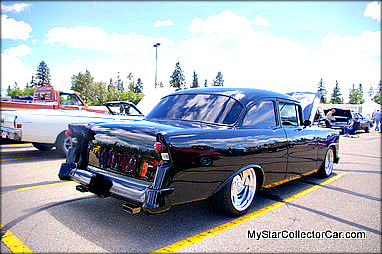 Tim’s response was always the same, “I can’t afford a Mopar, only guys with money can swing that”. Mopar guys may take exception to that statement but it did keep peace at Swainson family gatherings. 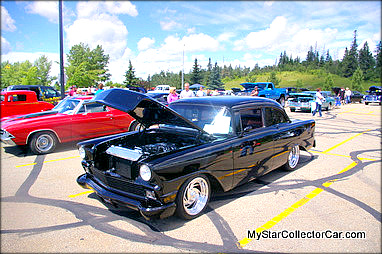 The Swainson family had some influence on Tim because he did own a Viper for a period of time but he deemed it “too scary”. His fondest wish was to own something classic, old and more civilized. He focused on a ‘56 Chevy. 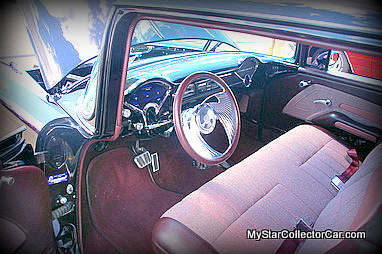 Sinclair followed a ‘56 Chevy for two years but the price was higher than Tim’s budget allowed for an entry into the old car world. In 2011, the car came up for sale at a more attractive price because “the guy wanted the room in his garage” and Tim became the proud owner of an iconic car from the Tri-five Chevy family. 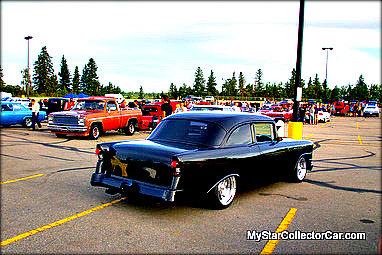 Tim had originally seen the ‘56 Chevy in a magazine and he knew that this was a car that he wanted enough to swim upstream against a Mopar family current. The car was on a regular car show circuit in the Las Vegas area and it needed a bigger trunk for the trophies it won at various meets including a major one at Lake Havasu. The car had been well looked after because the paint is still the same coat that won all the hardware for nearly two decades. 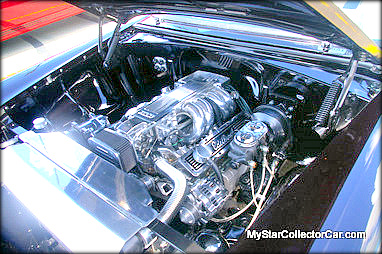 Tim picked up the car immediately and he was proud of the fact that he “used a Mopar guy’s trailer to haul it back”.

The ‘56 Chevy is a mild resto-mod and it definitely attracted attention at the first local show. Tim conceded that the car “isn’t a race car, it’s got a pretty mild cam in it but it goes pretty good”. The car has a great finish to it because of the diligent care over the years and Tim can only see one modification in the future-air conditioning. 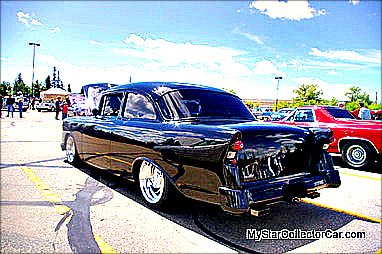 Tim and Sherry want to take the old tri-five to several shows over the next few years and Tim admits “I’m an older guy so I like to be comfortable and that air looks pretty good at 80 degrees. Other than that, the car is perfect”.

Perfect for a Chevy guy in a Mopar family…