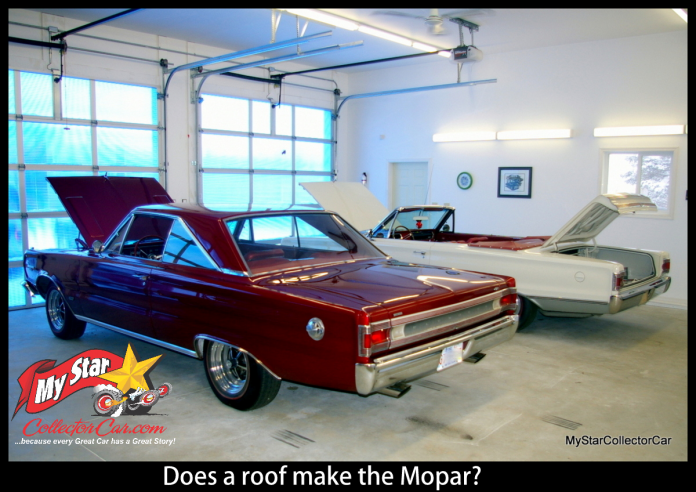 Convertibles have always existed for one basic reason: no roof means better access to the public spotlight for their owners.

Whatever the reason, convertibles have long been an unusual car choice and have rightfully taken their place as a rock star in the car hobby. Typically, a convertible will occupy a position at or near the top rung of the collectability ladder due to their rarity.

Convertibles were not built in large numbers because so much of North America experiences winter much differently than California or Florida. Car owners in northern regions (particularly Canada) live inside a giant popsicle with snow-covered roads during the winter so they were less likely to purchase a drafty convertible as their daily driver.

Additionally, a retro convertible was less waterproof than a metal roofed car and prone to rust in any area where moisture collected in the car, so their interior metal was heavily compromised by exposure to rain or snow. Therefore, the typical convertible had a grim date with a crusher long before its metal-roofed factory counterparts.

Nevertheless, a retro convertible is typically a very cool addition to any 21st century car show-except when the car is bested by another model with a roof. MyStarCollectorCar would like to offer a few examples of Chrysler-built cars (Mopars in most circles) from the past that look better in non-convertible form.

Why did we pick Mopars? Because Chrysler produced some very unique models over the years and subsequently presented a strong case for a roof along the way in our opinion. Bear in mind our choices are simply our opinion because beauty is definitely in the eye of the beholder in most facets of life.

The C-pillar (rear roof pillar) was a major influencer for our choices, so we picked the 1966-67 Dodge Coronet models and Plymouth Belvedere variations in two-door versions ahead of their convertible models.

The bodylines on these ’66 and ‘67 B-Body (intermediate-sized) Mopars were squarer, so the uniquely designed rear pillar on the hardtop models was perfect for the rest of the cars’ geometry. Their C-pillars had a triangular-ish/quadrilateral configuration that made the car look fast at a standstill. The convertible versions just looked blocky at any speed — including the Elephant Hemi models.

The other classic Mopars that look better with a roof are most Forward Look models from the Exner era. While early era Forward Look models such as the 1955 Plymouth could present a strong case for convertibles (because their fins were still baby versions, size-wise), all bets were off in Mopar world by 1957 when fins got bigger, bolder and more beautiful.

The space age design of the Mopar fin cars had maximum visual impact when these road rockets had a metal canopy (roof) in our opinion here at MyStarCollectorCar. A 1957-and-newer Forward Look convertible version in top-down mode was missing this critical feature and looked like a Buck Rogers toy convertible spaceship where a childhood imagination was able to eliminate the cold hard reality of space travel.

Our final message? There are plenty of examples of Chrysler-built convertibles that passed the grade with us here at MyStarCollectorCar.