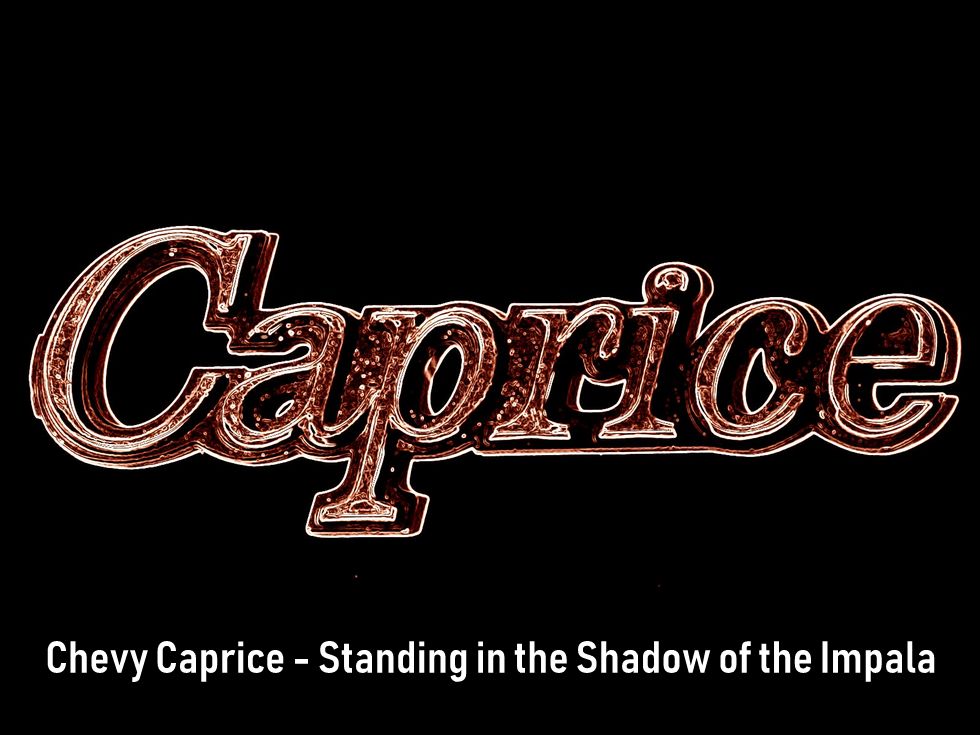 The Chevy Impala needs no introduction in the car hobby because it blazed its own path of glory from Day One.

The car name was lifted from the fast and sleek animal that could outrun most of its enemies in an African plain sprint contest where failure meant they could be the daily special for predators. 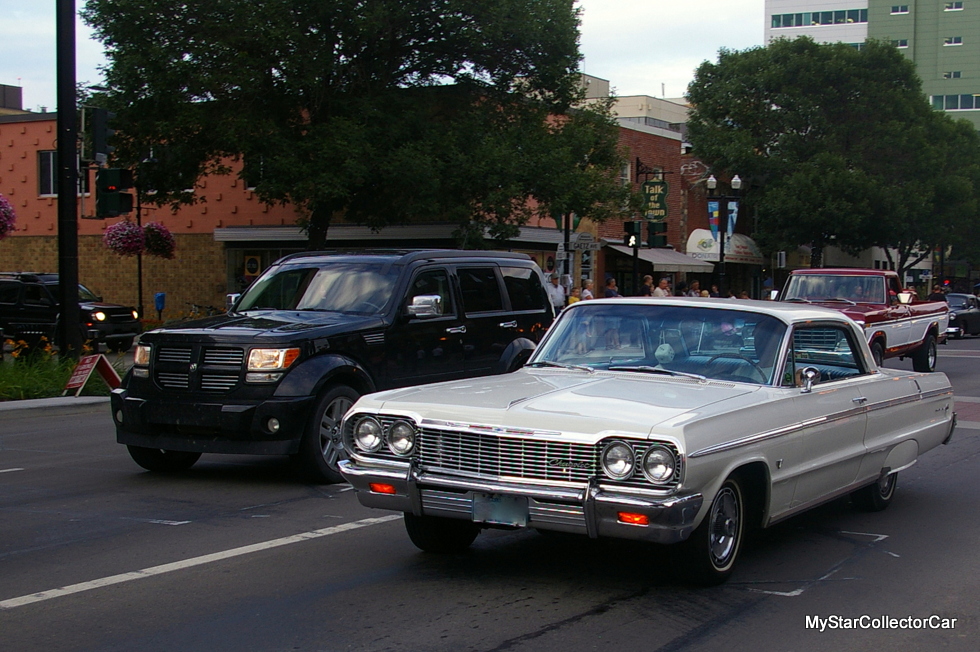 The Impala car models were already seven years into production when General Motors introduced the Caprice version of the Impala in time for the 1965 model year. By ’65, the Impala was already designated as the full-sized flag ship for Chevrolet as the brand moved from performance to luxury with Caprice models. 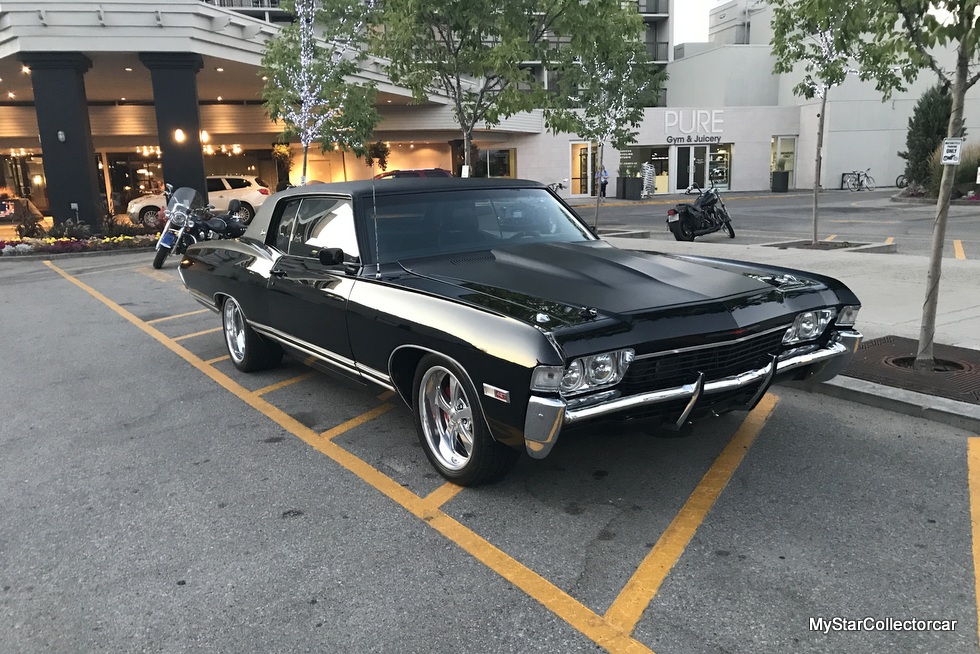 The 1965 Chevrolet Caprice Custom Sedan option was offered on the Impala models in their four-door hardtop editions. The car was a subtle way for Chevy to add upgrades to their Impalas before the Caprice became a standalone model in 1966. 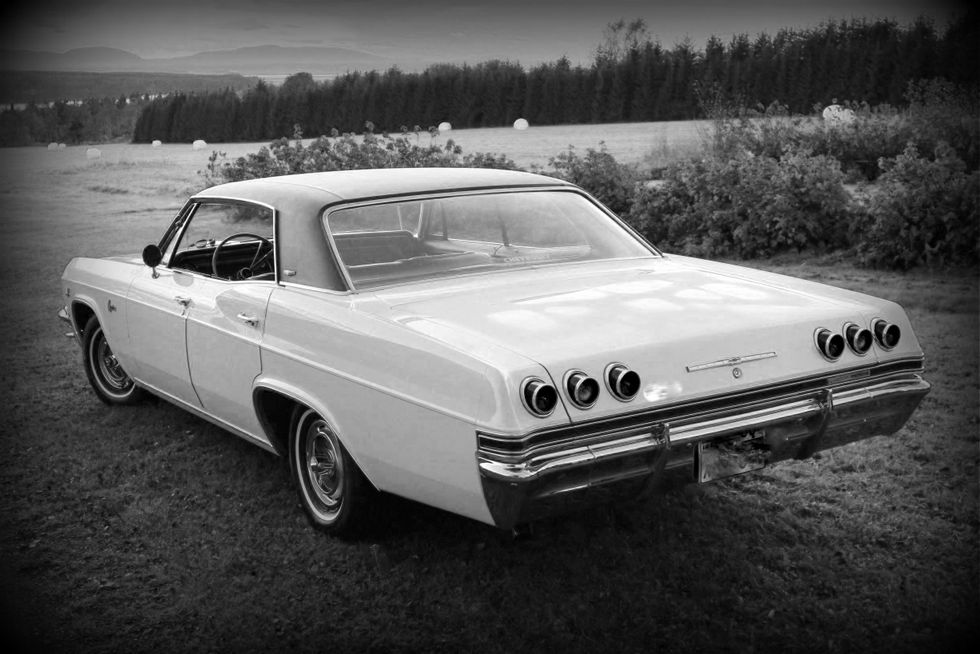 The Caprice was a way for Chevy to jump into the luxury model game since it offered more bling and creature comforts to potential buyers. The Caprice models had a more comfortable ride and more interior appointments like better sound insulation, lighting, upholstery, and imitation woodgrain on the dash and panels. 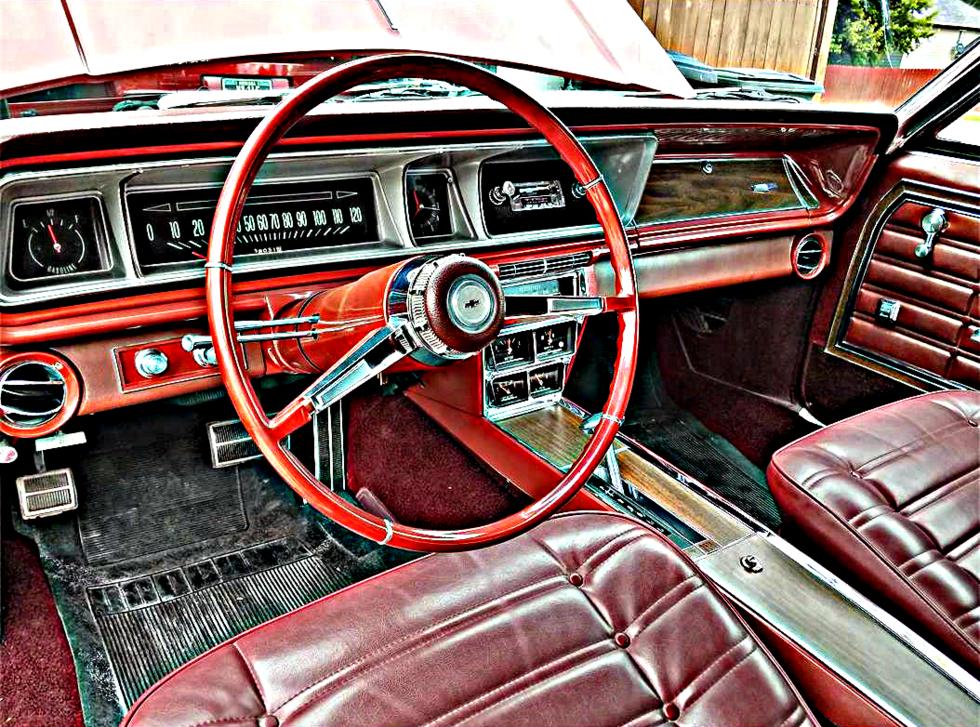 The exterior components were also upgraded to include more regal emblems with no Impala SS bling because GM wanted to attract a client who was more interested in luxury and less interested in destroying rear tires.

The Caprice traveled along the same styling road as the Impala but it maintained its status as a luxury car-even in the Caprice Estate station wagon version- complete with woodgrain panels on the doors and fenders. The woodgrain panels may have been stylish decals applied in the finest tradition of the post-genuine wood automotive tradition, but they were standard issue luxury adhesive applications on upscale station wagons in the mid to late 1960s. 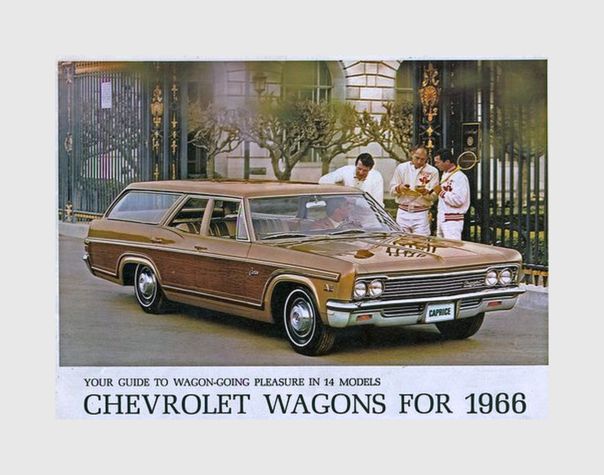 As mentioned, the 1966 Chevy Caprice was essentially an upgraded Impala model and the resemblance made the cars strikingly similar to the untrained eye in that identical twin realm of complete confusion. However the roofline on the early two-door hardtop version of the Caprice was chopped at the C-pillar and did not extend along the rear quarter panel like the fastback roofline on the Impala. 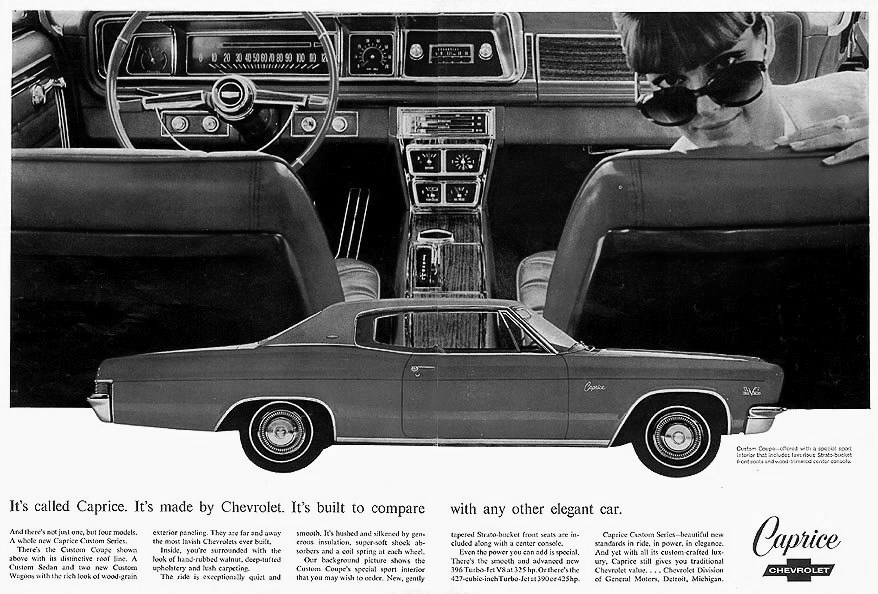 Caprice models introduced 8-track sound systems and hideaway headlights in 1968 so the Chevy models could maintain their position as a luxury/style kingpin in the lineup. 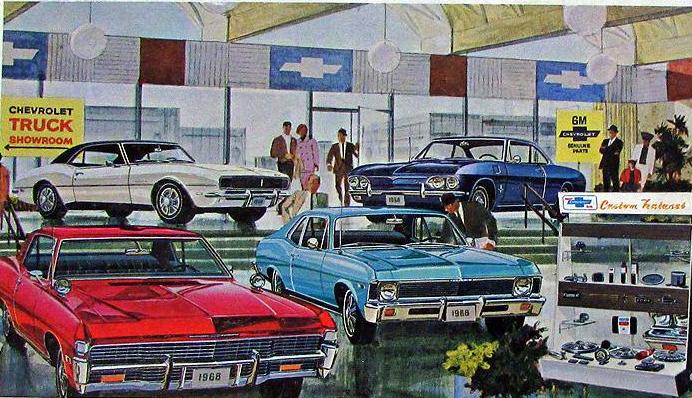 The Caprices continued to get bigger and were a strong contender in the luxury barge field until they steered into a completely different direction and downsized for the 1977 model year. 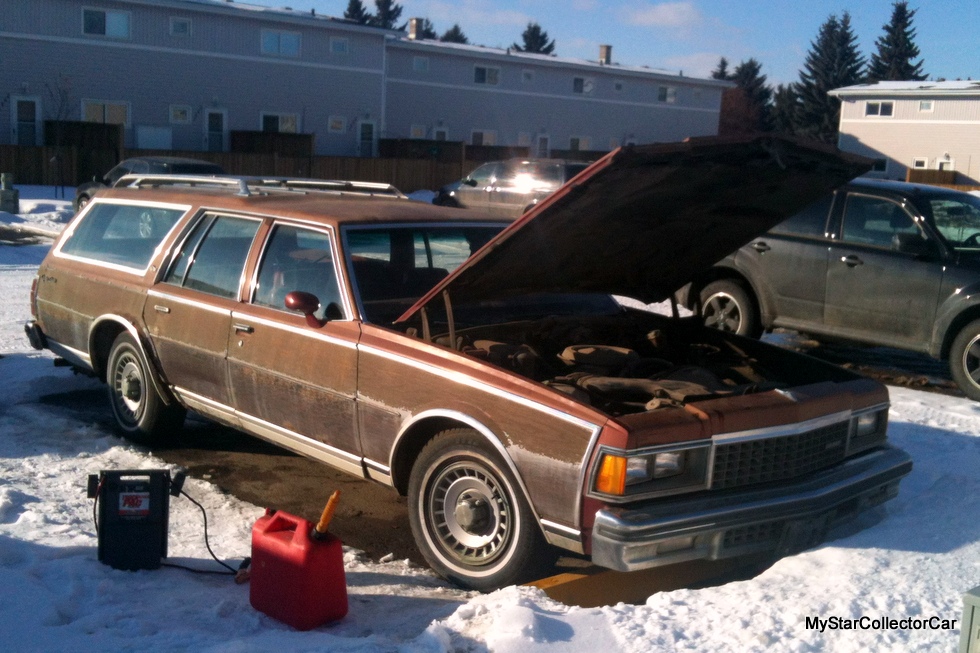 The nagging effect of the oil embargo was an increase in gas pump prices and the newly remodeled, smaller Caprice acknowledged this reality. The cars even offered a six-cylinder version to offset the poor economy issues.

By the mid-1980s, the Caprice was sold as a police model where rear passenger comfort took a back seat to performance and durability. The Caprice models gained plenty of new customers in their fleet versions as public service vehicles for police and cabbie use during this phase of their production. 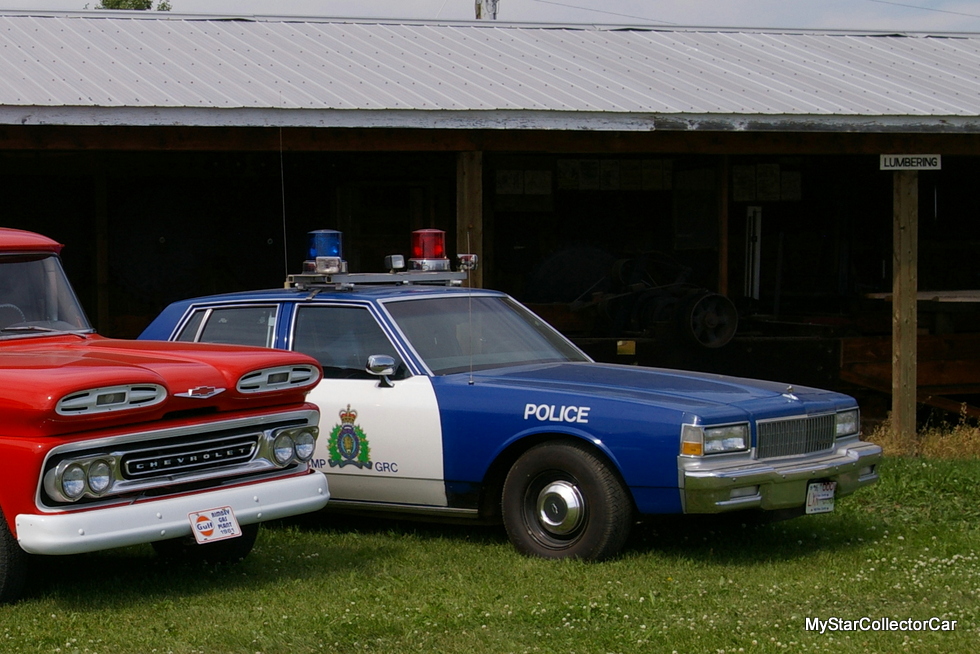 Eventually the Caprice name disappeared from the public eye in North America and rode into the sunset as a police-only vehicle that discontinued its North American version in 2018. 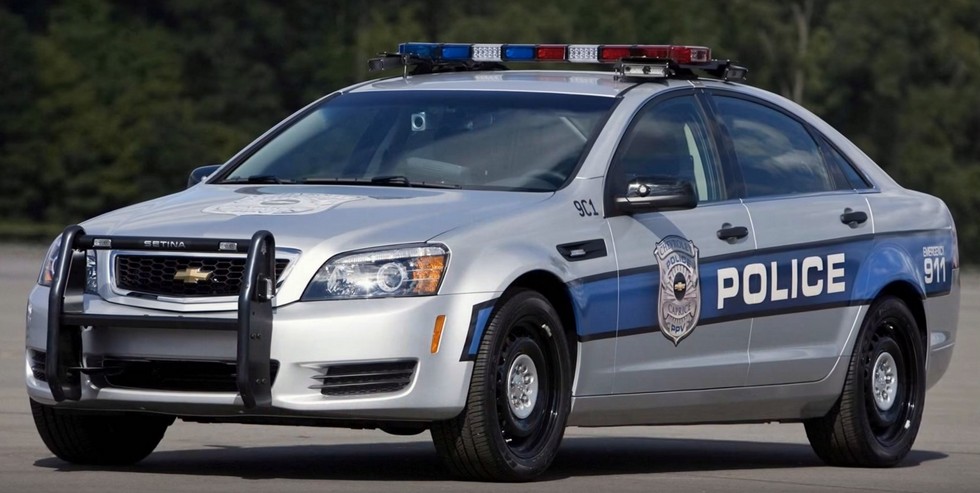 In the end, Caprice will always be associated with its early roots as a luxury version of the Impala-a more famous GM stablemate that always kept the Caprice in its shadow for many car guys.